Fortnite isn’t just a game — it’s also social media. So says a study from National Research Group, which provides a telling snapshot of the new attention economy. Fortnite players spend more of their free time logging into the battle royale game than they do scrolling through Facebook and Instagram or streaming on Netflix and YouTube.

In the two years since its July 2017 launch, Fortnite has grown into a global phenomenon with more than 250 million active players (82 percent under age 35) and $2.4 billion in annual revenue. Netflix CEO Reed Hastings was on to something when he noted in January that the streamer “competes (and loses) more with Fortnite than with HBO.” According to NRG, Fortnite players spend 21 percent of their free time with the game.

The reason? Per Tim Sweeney, CEO of Fortnite developer Epic Games, the title was designed to be a “social experience.” Not only does Fortnite encourage players to hone their skills in competitive matches, but it also offers activities for people who just want to hang out in its virtual world. In February, for instance, the EDM DJ Marshmello hosted an in-game concert that drew 10 million viewers. “The competition for free time is finite,” says NRG CEO Jon Penn. “To have an event that draws that many people, in any capacity, makes the threat of Fortnite being a platform very real.”

NRG indicates that users are responding to the game’s social elements. Researchers write that it “makes people feel good while also providing a worthwhile experience and social connection.” And more social elements could be coming, Sweeney hinted during a March interview with THR. “Just like anybody could create a Facebook page, anybody should be able to express themselves in Fortnite in a huge variety of ways,” he said.

While the majority of Fortnite users are young, it’s the tween demographic that is spending more time in the game in 2019. NRG reports that 53 percent of survey respondents ages 10 to 12 play Fortnite weekly, significantly more than those who said they use Facebook and Instagram regularly.

“Facebook limits usage to 13 years old and up, so most kids don’t have any idea why they’d want to be on it anyway,” says Wedbush analyst Michael Pachter, adding, “Fortnite is 100 percent a social platform.” 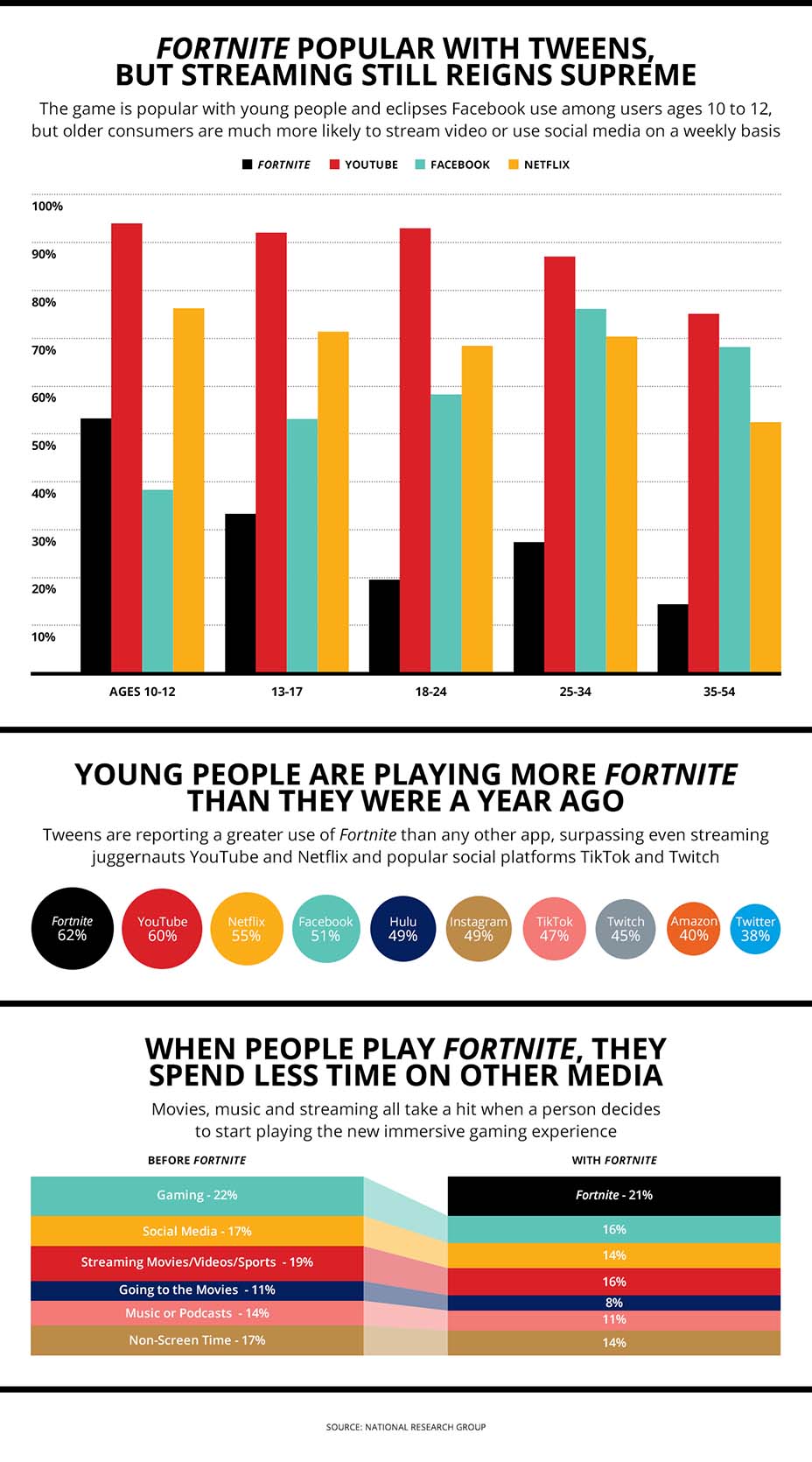 This story first appears in the June 12 issue of The Hollywood Reporter magazine. To receive the magazine, click here to subscribe.