A friendly suggestion for the anxious and heavy-hearted (and, these days, who isn’t?): a bedtime story read by Harry Styles.

“Tonight I’m going to help you drift off to sleep with some soothing words and calming music,” the rakish British musician will purr into a listener’s ear with his lilting baritone. “A sleep story … just for you.” Mmmm …

Sadly, he’s not curled up next to the beholder in bed but merely an audio apparition, introducing a 40-minute guided bedtime tale from Calm, a meditation and relaxation app.

If Morgan Freeman can be the de facto voice of God, why can’t Styles be the voice of a good night’s sleep? Or, for that matter, Lakers star LeBron James as the aural manifestation of a winning mindset? Those are exactly the bets being placed by the rising tide of mindfulness apps that are leveraging celebrity talent to help bridge the gap between self-actualization and Hollywood entertainment.

Cannes: How Japanese Anime Became the World's Most Bankable Genre 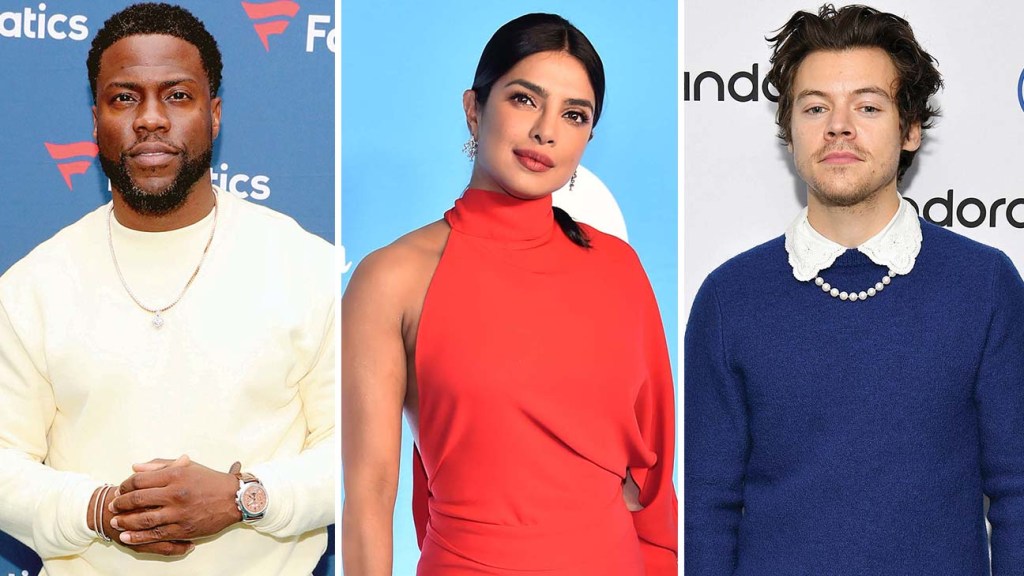 Calm was launched in 2012 by co-founders Alex Tew and Michael Acton Smith as an app focused on meditation. But when data indicated that usage spiked before bed, Sleep Stories was launched to fill a void. “I think it’s about broadening, taking the tools of mindfulness and making them available to a larger audience,” says Chris Advansun, Calm’s head of Sleep Stories. Adding a narrative structure naturally led to using actors, like Winslet. “She was a Calm user and interested in Calm, and did a story for us,” Advansun says. “She’s connected to this in her personal life.” He adds, “I see the Sleep Stories as taking inspiration from meditation but being separate from mindfulness.”

And while the intentions are wholesome, even the most Zen’d out guru knows that using celebrities is an easy way to attract new customers and grow brand awareness.

Calm no doubt is under pressure to expand its reach after a December round of outside investment led to a valuation at just over $2 billion. Things seem promising, though: The company, which has been profitable since 2016, boasts more than 4 million paying subscribers with plans ranging from $14.99 a month to $399.99 for a lifetime option. Calm, too, was poised to benefit from a fraught political year compounded by the pandemic. As such, during 2020, daily downloads doubled and consumers listened to more than a billion minutes of meditations, stories and calming aural soundscapes — a 100 percent year-over-year increase.

Within that banner year, Styles was a highlight: The day his Sleep Story, titled “Dream With Me,” was released in July, the app crashed for a whole day because of heavy traffic.

Meanwhile, Headspace, which started as a meditation app in 2010, is sounding more like a studio-streamer. Sam Rogoway, chief product and content officer, calls Headspace Studios a “multi-platform content studio creating and distributing mindful living content through premium TV and film projects, thought-provoking podcasts, inspirational digital content and partnerships with world-class talent and experts.” As far as what opportunities lie beyond classic exercises like body scans or focusing on one’s breath, Rogoway adds: “We believe that mindfulness should incorporate all areas of one’s life, not just when we sit to meditate. So we’re constantly expanding our offerings to make Headspace as valuable for our members as possible.”

That translates into playlists curated by chief music officer John Legend and a series called Monster Meditations for children made in partnership with Sesame Street. By partnering with Hart’s production company, LOL Studios, Headspace also is looking to command a piece of the fitness space (with “Mindful Runs” that will be part of the app’s Move Mode) and even comedy — a YouTube series called Meditate With Me will feature talent like Tiffany Haddish and Hasan Minhaj talking about their own relationships with meditation and sharing lighthearted takes on their inner monologues while trying to reach mental nirvana.

“We have always been committed to demystifying meditation and introducing mindfulness concepts and making them approachable and available to as many people as possible,” Rogoway says. “Comedy is a way for us to reach new audiences and help break those barriers. We know laughter plays a role in people’s overall sense of happiness and joy, and we feel that there is a place to merge both comedy and wellness, which made Kevin an ideal partner for us.”

And while it might not be raking in the profits of Hollywood’s Golden Age, the company has venture capitalists foaming at the mouth. With more than 2 million paid subscribers (costs are $12.99 monthly or $69.99 yearly), Headspace raised $93 million in Series C funding last February. Four months later, it secured an additional $47.7 million.

According to a source familiar with these types of deals, the paycheck for talent is anything but sleepy. Guided meditations and short stories (as opposed to full-length audiobooks) typically only require one at-home recording session and pay around $25,000, with some stars being paid as much as $100,000. Those figures are a baseline, however, and big names can command higher fees. All of which is great for talent looking for COVID-friendly opportunities — not to mention an easy paycheck.

These types of collaborations, of course, shed light on a broader evolution: Celebrities used to merely entertain, then they sold products, and now, one supposes, they help people find inner peace.

This commingling of fame and wellness speaks to macro trends that are defining the social media age, the first being how far celebrities will go to push their healthy lifestyles upon the masses. This ostensibly started with Jane Fonda’s spirited workout videos but reached its current apotheosis with Gwyneth Paltrow’s website Goop. Paltrow’s site — a mix of content, commerce and city guides — takes a holistic, metaphysical approach to well-being, promoting Eastern modalities and spiritual practices, then wrapping them in a patina of cashmere-swaddled glamour. Sharing a meditation practice can be seen as akin to sharing one’s diet or workout regimen and, more crucially, sharing a bit of themselves.

There also are the complex ways in which storytelling is changing and how audiences consume their entertainment. Twitter threads are the new articles, Instagram Live is the new QVC, and TikTok is the new MTV. Boundaries that once were firm are now blurring, and today, everything — even meditation — is a form of content. So why can’t a meditation app be the new vanguard of ambient amusement? Some people fall asleep to The Great British Bake Off — others may prefer Nick Jonas on Audible.

And if these past four years — 2020 in particular — have taught any lessons, it’s that the U.S. is a country in dire need of self-care. Market research firm NPD noted late last year that stress-relieving self-care products as a category experienced a sizable upswing. The election, social unrest and a widespread pandemic have everyone on edge and looking for ways to find serenity. “In a time of uncertainty and added stress, we have seen a dramatic increase in appetite for mindfulness-related content from consumers as well as networks and streaming services,” Headspace’s Rogoway notes.

In the meantime, with political and cultural turmoil coming from all sides, meditation apps are here to provide people with tranquil thoughts and calming whispers. And there’s nothing more soothing than a familiar voice.