Web developers, while skilled at many things, aren’t necessarily known for their M&A prowess. But that didn’t stop Bustle Digital Group CEO Bryan Goldberg from listening when his engineering team suggested he buy Joshua Topolsky’s struggling, but beautifully designed, culture site The Outline.

Over the past two years, Goldberg, 35, has fashioned himself a savior of sorts for failing media brands in a landscape dominated by Facebook and Google. First came Elite Daily, the pop culture site that its previous owner, the Daily Mail, had written off as a loss after “disappointing” revenue growth, and then Rachel Zoe’s style site The Zoe Report. Next there was Gawker, purchased out of bankruptcy after its devastating legal battle with Hulk Hogan, and the millennial news outlet Mic, mere days away from running out of cash when Goldberg stepped in.

Moral Clauses: Why a Red Scare Tactic Revived in the #MeToo Era Could Lead to a Fight With the Guilds

The Outline was facing its own challenges. The company, which laid off its staff writers last year, in January announced an ambitious plan to expand with a new tech vertical. “Realistically, Josh was fighting,” Goldberg tells THR two days after the March 27 announcement that BDG would acquire the site, bringing over Topolsky and his team. “His vision was immense, and going it alone was never going to be practical.”

The past year and a half has been challenging for digital media as companies buoyed by big investments have failed to live up to their valuations. Collectively, the industry has lost more than 600 jobs as formerly high-flying outlets like BuzzFeed, Vice Media and Vox Media have made cuts. Funding has become scarce as the number of potential buyers also shrinks. In the middle of it all, Goldberg has emerged as a polarizing figure, an operator admired for his discipline — called “brilliant” by one exec at a rival company — while at the same time criticized for his clinical approach to rebuilding beleaguered brands.

Over the past six years, he has grown BDG from one site, the female-focused Bustle, to a portfolio of eight brands that span lifestyle, news, technology and events. Combined, the BDG sites reached 47.5 million monthly U.S. uniques in February, per Comscore. And while the company is private, and therefore not required to disclose financial information, Goldberg says he expects to edge into profitability this year with revenue topping $100 million, which would represent more than 30 percent growth compared with the $75 million the company clocked in 2018.

If BDG is indeed successful, why has it endured while its peers have faltered? Goldberg believes he’s simply played the game better. “We’ve been much more careful in terms of financial planning than other digital media companies,” he explains. “I have something of a financial background, so, thankfully, I was able to help our company avoid a lot of the pitfalls that have bedeviled BuzzFeed and Vice and Vox.”

“The track record speaks for itself,” notes BTIG media analyst Brandon Ross. “Back when everyone was talking about their VR strategy and other gimmicks, he was just focused on what consumers want.”

While BDG has raised venture capital — around $80 million from the likes of Axel Springer, Saban Capital Group and General Catalyst, at a current valuation north of $200 million — Goldberg argues that it has taken a more measured approach than others in the space. “Founders in media two or three years ago were under immense pressure to take the capital that was being dangled in front of their faces, but I wasn’t willing to do that,” he says.

Behind Goldberg’s bravado is a track record that makes it hard to dismiss him as just a slick salesman. The Silicon Valley-raised former consultant co-founded Bleacher Report in 2007, eventually selling the sports site to Turner for a reported $200 million. Still, the industry collectively raised an eyebrow in 2013 when Goldberg announced the vision for his next business, the female-focused lifestyle site Bustle, in an op-ed for tech blog PandoDaily that asked the question, “Isn’t it time for a women’s publication that puts world news and politics alongside beauty tips?” Two days later, after facing backlash for the tone-deaf statement — he was called a “bro-tastic” and an “asshole” by one online outlet — he published a follow-up acknowledging, “I messed up.”

But it didn’t much matter what his detractors thought. Within two years, Bustle was drawing more than 30 million monthly unique views with a mix of beauty posts and news briefs. That audience has held steady. In February, Bustle reached nearly 32 million people, 9 million more than the similarly female-focused Refinery29.

BDG editor-in-chief Kate Ward, who announced April 9 that she would be leaving the company, attributes that early growth to the company’s focus on hiring young women who knew what kind of content they wanted. “We were that reader,” she says. “We knew that we weren’t necessarily seeing exactly what we wanted out there, and we were able to produce that.”

BDG is now applying this approach to the brands it has been buying. Goldberg says Elite Daily, which reaches around 16 million monthly uniques, operates profitably, and The Zoe Report is expected to reach that same milestone later this year. That stable of more established brands is what allows BDG to take a chance on tarnished ones like Gawker and Mic. BDG bought the former for just $1.35 million in summer 2018 with plans to revive the pioneering gossip brand. Mic followed that fall at a reported price of $5 million, well below its onetime $100 million valuation.

But while selling your company to BDG can save it from an otherwise inevitable demise, to some it also can serve as the ultimate sign of failure. “You’re acknowledging defeat,” says one media executive. “There are founders now who would prefer to go out of business than sell [to Goldberg].”

That’s because not everyone has been happy with the BDG approach. Just before Mic’s sale, the company laid off much of its 100-person staff, preserving around 30 primarily non-editorial positions, including those of its two co-founders. Goldberg announced plans to rebuild the brand and is now in the process of hiring around 10 editorial staffers. The Mic union blasted the move as “cynical and perverse.”

Goldberg sees things differently: “Mic had a day of cash left in the bank, so we had to move fast. We’re pleased and proud of the fact that we could preserve jobs where others could not.” 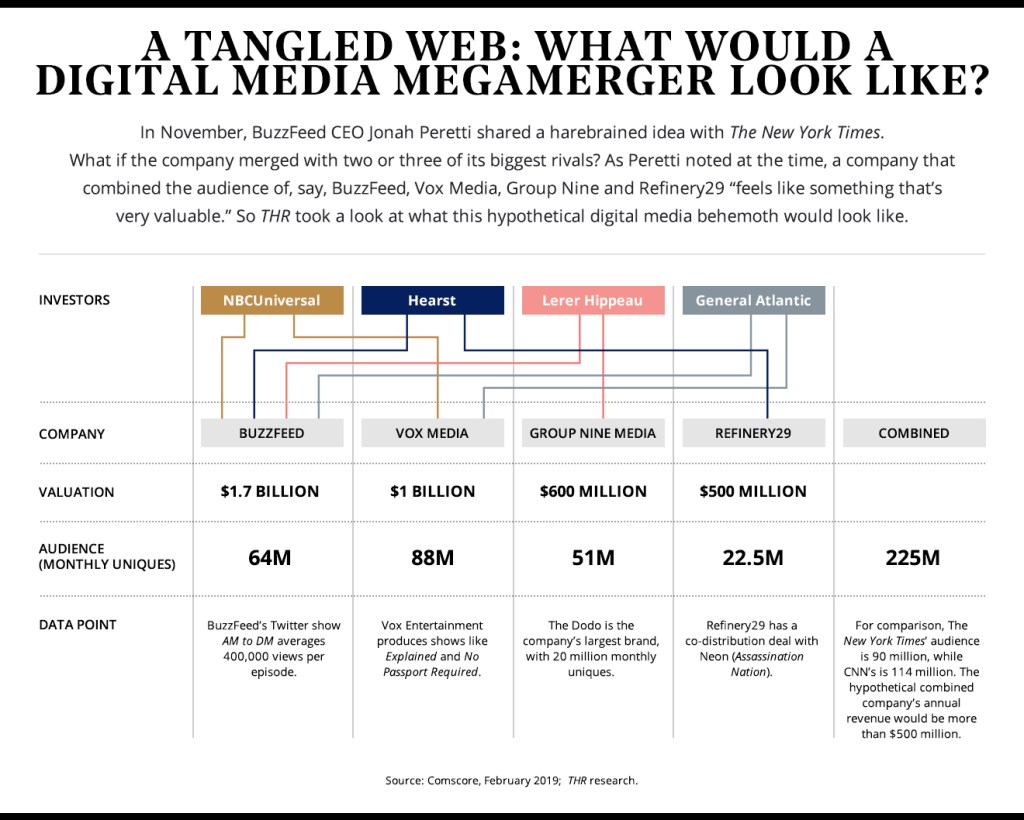 The Gawker relaunch, meanwhile, hit a roadblock after the site’s only two full-time writers quit in January over alleged inappropriate comments made by its new editorial director. Since then, BDG has hired Condé Nast veteran Dan Peres as editor-in-chief of the site. Goldberg declines to comment on the matter other than to say that “we handled it the right way.” Speaking about his vision for the new Gawker, he adds: “We’re going to focus on the things that made Gawker memorable in a good way and we’ll avoid the things that were totally unacceptable.”

While Gawker and Mic might not draw huge audiences on their own once they’re up and running, they don’t necessarily need to. Plugged into the BDG playbook, where the business operations are shared, they can remain niche while still operating as sustainable brands. Eventually, Goldberg wants to run a portfolio of interest-specific sites that also span automotive, home decor and sports. The idea is to create a modern-day Condé Nast, one untethered from the baggage of a legacy print business. “Our great battle has been to prove that the future looks a lot like the past,” he says. “I understand why so many in the publishing industry are at the end of their ropes. These have not been an easy few years. But I do think there is a bright day ahead.”

NATALIE JARVEY is the digital media editor at The Hollywood Reporter.