In summer 2018, one of the co-hosts of the Dopey podcast, sat at the kitchen table in his father’s Chelsea apartment and leaned into the microphone, his voice raspy and worn. “Welcome to Dopey, the podcast about drugs, addiction and dumb shit,” he began. “I’m Dave, and the worst thing that could ever happen happened. Chris relapsed and died.”

Dave and Chris — the pair chose to remain anonymous to listeners by not sharing their last names, a common practice in 12-step programs — first conceived of the idea for Dopey over cigarettes and shaky sobriety in the smoking pit of Mountainside Treatment Center in 2011. Four years later, after they had acquired a more stable sobriety, they began meeting in Manhattan to tape stories of their drug-fueled antics. A small following developed, and soon guests began to join them to tell their own war stories.

Musicians from House of Pain and Three Dog Night called in; comedians including Artie Lange and Modi recorded episodes; Dr. Drew Pinsky appeared on the show; even the tour manager for the Rolling Stones joined the hosts to dish about his gnarliest drug stories.

The podcast was thriving and on an upward trajectory. The hosts were sober, an example to the recovery community that regularly tuned into the show. The guests offered inspirational tales of their own rise out of the horror of addiction. That all changed the day Dave plugged his microphone into the mixer from his father’s apartment. “This is going to be very weird and very, very sad,” he told listeners.

After four years of sobriety, Chris died of a fentanyl overdose when Dopey was just shy of episode 143.

After the loss of his friend and co-host, Dave could have packed up his microphone for good. Instead, he doubled down on the show. He has yet to miss a week, even recording an episode with Chris’ friends and sponsor in Massachusetts the night of his wake. But the tone has shifted. The flippant treatment of addiction woes has taken a backseat to a more vulnerable discussion about addiction and recovery. 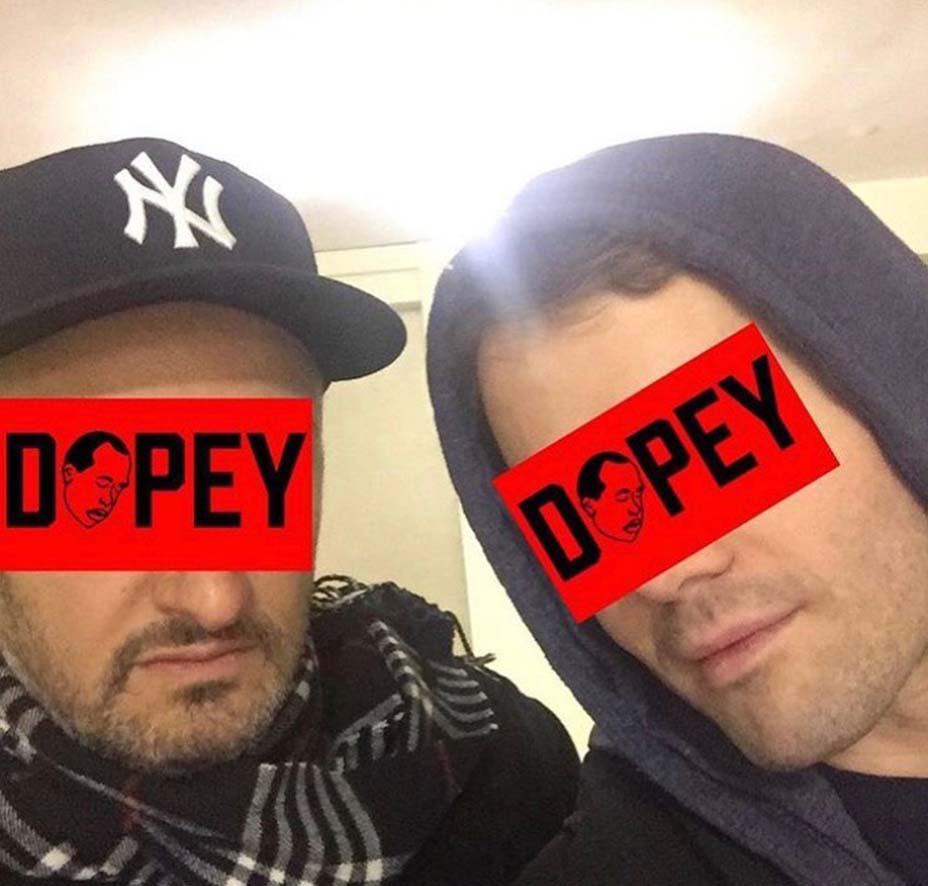 After the news of Chris’ death traveled, the podcast’s downloads doubled. When This American Life aired a story on Dopey earlier this year, the downloads doubled again. It is now listened to on every continent except Antarctica, per Dave, and has even cultivated its own community, known as Dopey Nation, which has members around the world.

“When Chris died, I kept the show going because we’d built an audience that relied on us. That really meant something to me,” Dave says. “I planned to do the show until it either became boring or people stopped listening, and luckily, neither of those things have happened.”

As Dopey’s profile has grown, so has the caliber of its guests, among them recent interviewees Margaret Cho and Michael Imperioli. During the podcast’s early years, Dave had invited Jamie Lee Curtis onto the show, and she had declined. The idea of a podcast that blurred the lines of comedy and addiction turned her off. When Dave approached her again recently, he told her she could be as serious as she wanted. She appeared on the show in February and became the first Dopey guest to cry.

“It doesn’t fucking matter, it doesn’t matter who we are, it doesn’t matter if I’m this 60-year-old actress born and raised in privilege in Los Angeles or this guy who I’d never met or his friend, it doesn’t matter — it’s opiate addiction,” Curtis, who revealed to People magazine last year that she secretly battled an opiate addiction for 10 years, tells THR. “It doesn’t give a flying fuck who you are, how much money you have in the bank, what you do for a living, all it wants is you dead, and that’s the common link. That is why I went on this podcast.”

Another guest was David Sheff, who wrote the memoir Beautiful Boy: A Father’s Journey Through His Son’s Addiction, which was adapted (along with his son’s addiction memoir, Tweak) into the film Beautiful Boy. “People are dying, and the problem won’t improve until we talk about this issue. What moves people to take action? Stories. We must tell and share our stories,” he says. “I love Dopey because Dave makes these conversations come alive and relevant to people who otherwise may not listen and become engaged.”

Pinsky, who has become a regular guest on Dopey, says he’s a fan of the way the podcast addresses addiction. “If you go to a meeting, that’s what people do, right?” he says. “In the most extremely painful circumstances, people can be very poignant but very funny, and you have to be able to juxtapose both to really appreciate where this thing takes people.“ 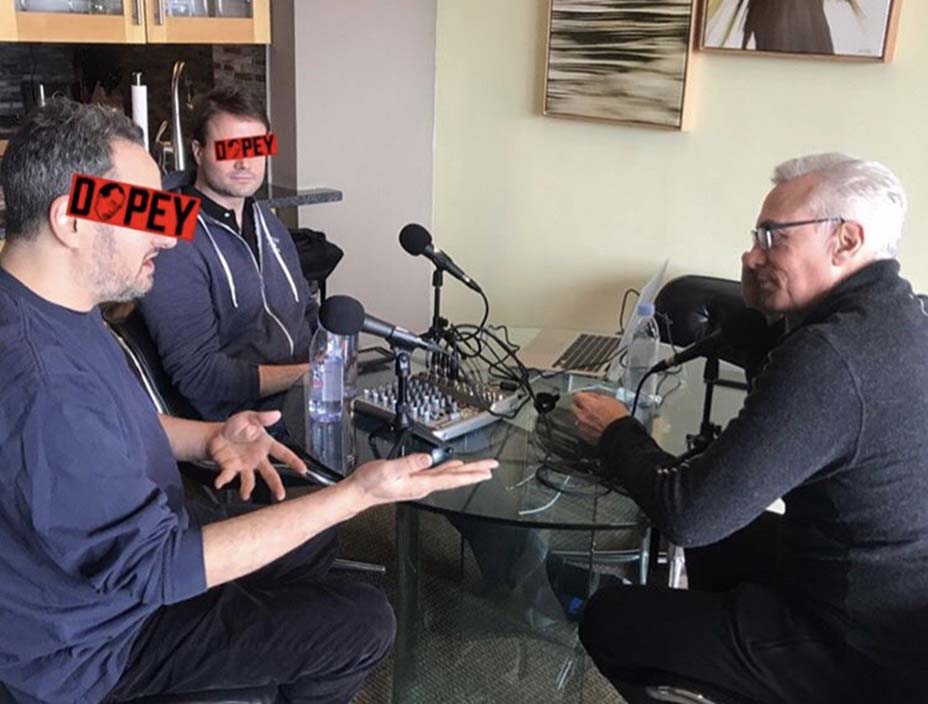 Just how has a recovering heroin addict working as a waiter at a New York deli convinced people to open up about addiction on his podcast? He lures them in with the promise of deli meat and also sends persistent tweets. Comedian, actor and fellow podcaster Marc Maron recounted when he appeared on Dopey that Dave had “cornered him” outside of Katz’s Delicatessen on New York’s Lower East Side and then invited him in for a specially cut platter of the finest deli meats the restaurant had to offer. “Because of my affection for Jews, corned beef, pastrami, deli tradition, the Lower East Side, addiction issues…I figured maybe it’s a mitzvah that I’m gonna help this guy out,” he divulged.

Today, Dave is capitalizing on the growing popularity of the show. This October, just a few weeks after September’s National Recovery Month has ended, he will host the first ever DopeyCon, a live storytelling event inspired by The Moth that is being sponsored by Mountainside, the rehab facility where he met Chris. Fans of the show are expected to travel from all around the globe to attend the event and meet other members of Dopey Nation.

“I want Dopey to be as big of a podcast, as inclusive of a podcast as it can be,” Dave says. “To be a real example of how recovery can be fun and while still having subject matter be funny and even dangerous, detailing addiction from the safety of recovery.” 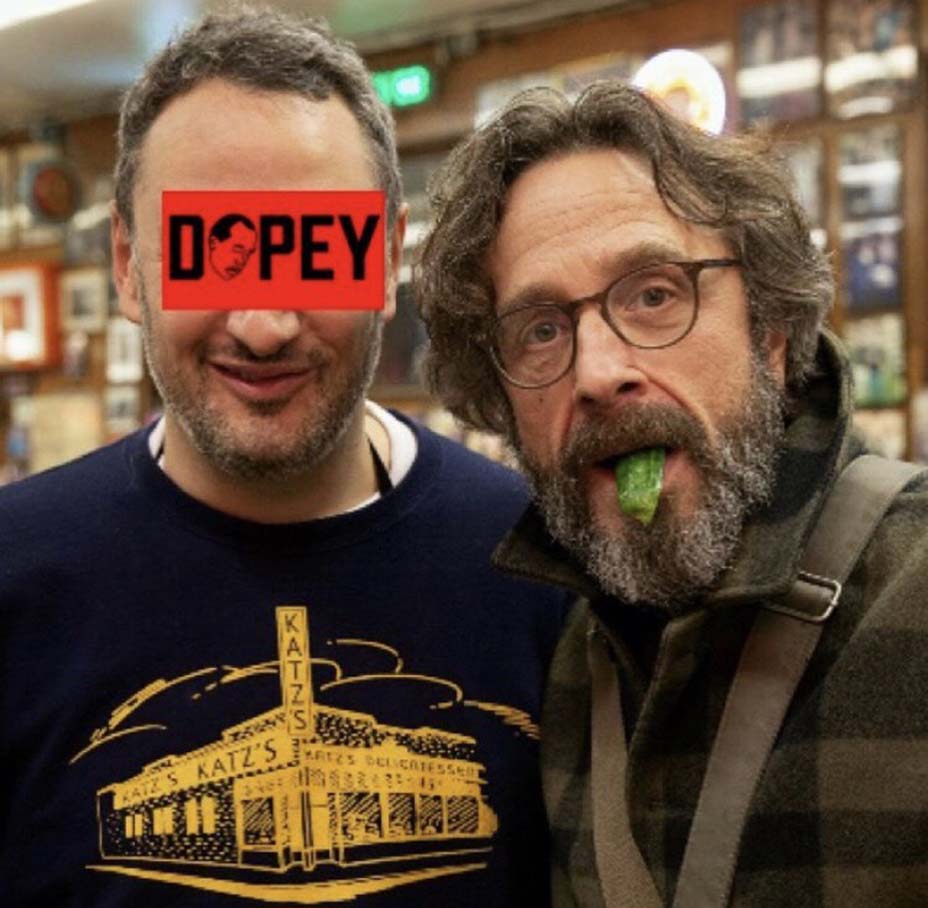 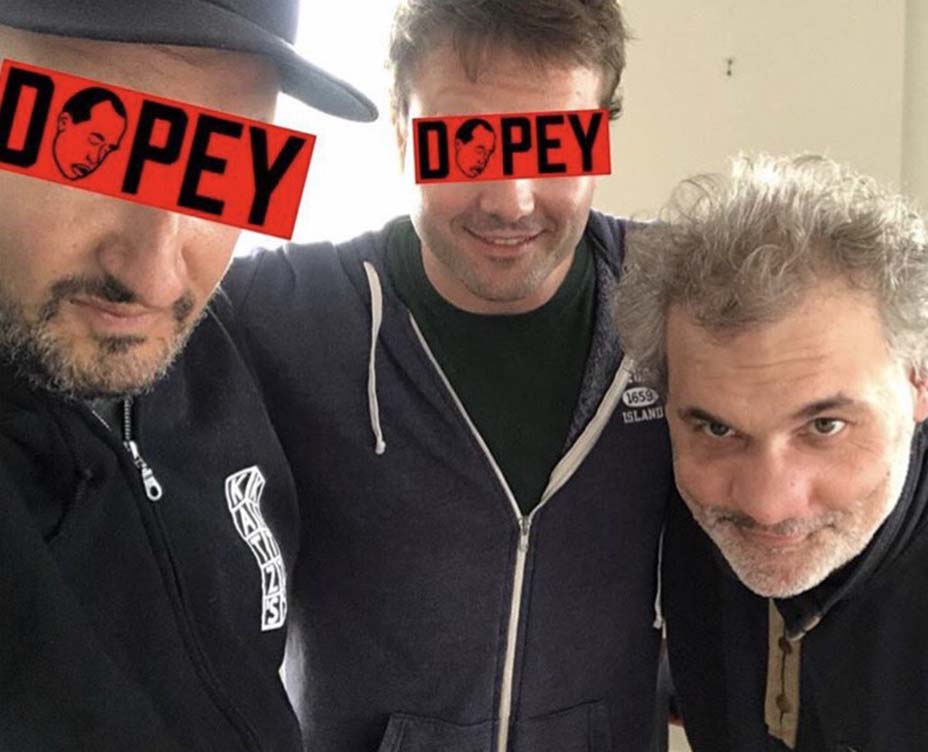