Last year in early March, just as it was becoming clear that the U.S. wouldn’t be able to avoid a COVID-19 lockdown for much longer, executives at Westbrook Media began to discuss backup plans. The digital arm of Will Smith and Jada Pinkett Smith’s fledgling multimedia firm had started to hit its stride as a producer of social media marketing materials for films like Aladdin and Bad Boys for Life. But with theatrical releases looking unlikely in the months ahead, the team, like many Hollywood operations, needed to pivot.

It didn’t take long before an idea hit: What if Smith filmed a show in isolation from his garage? The movie star, who had been making the Warner Bros. biographical drama King Richard and suddenly found himself with a very free schedule after production paused, was immediately on board. By mid-March, so was Snapchat. Will From Home premiered a few weeks later, giving viewers a 12-episode glimpse into Smith’s early pandemic life hanging around in a tracksuit and video-chatting with famous friends like Tyra Banks. It quickly became one of the social media service’s most popular series, attracting 35 million viewers. 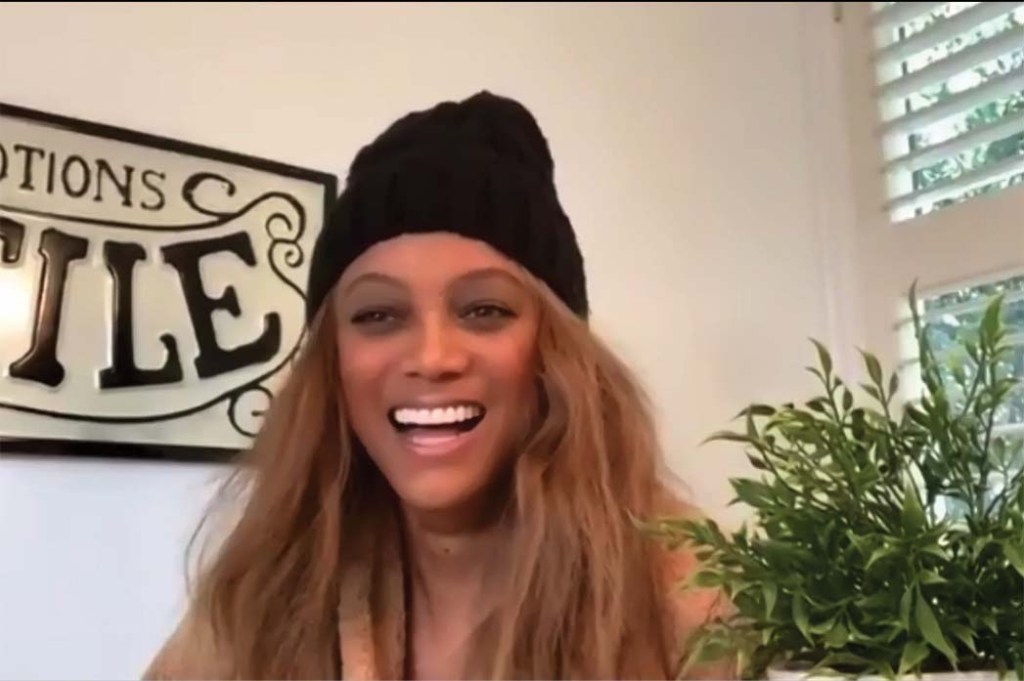 “It was very in line with the kind of things we were trying to do during more constrained, challenging times,” says Snapchat head of content Sean Mills. “I’d be hard-pressed to think of something that happened faster and yet came out with such a high-quality project.”

Amid a pandemic that upended productions across the entertainment industry, Westbrook Media has earned a reputation for quickly mounting affordable yet star-studded projects. In 2020 alone, it sold 12 shows, including a Fresh Prince of Bel-Air reunion special that debuted on HBO Max in November, an Alicia Keys docuseries that YouTube will premiere this year and several more Snapchat projects, including a series starring Ryan Reynolds.

The business boosted revenue at the profitable Westbrook Media division by more than 300 percent in 2020, says president Brad Haugen. His 40-person team is hoping to build on that momentum, even as studios welcome crews back to their lots and movie theaters begin to reopen doors. “Pre-COVID, there was a misnomer that premium meant a big, glossy, expensive shoot. No, premium means unique,” says Haugen, a digital media veteran who joined Westbrook after four years at social news shop ATTN:. “An intimate moment with Will Smith or Jada Pinkett Smith or Alicia Keys on an iPhone is sometimes just as poignant as a beautiful shot of the Alps from a drone that cost way more money.” 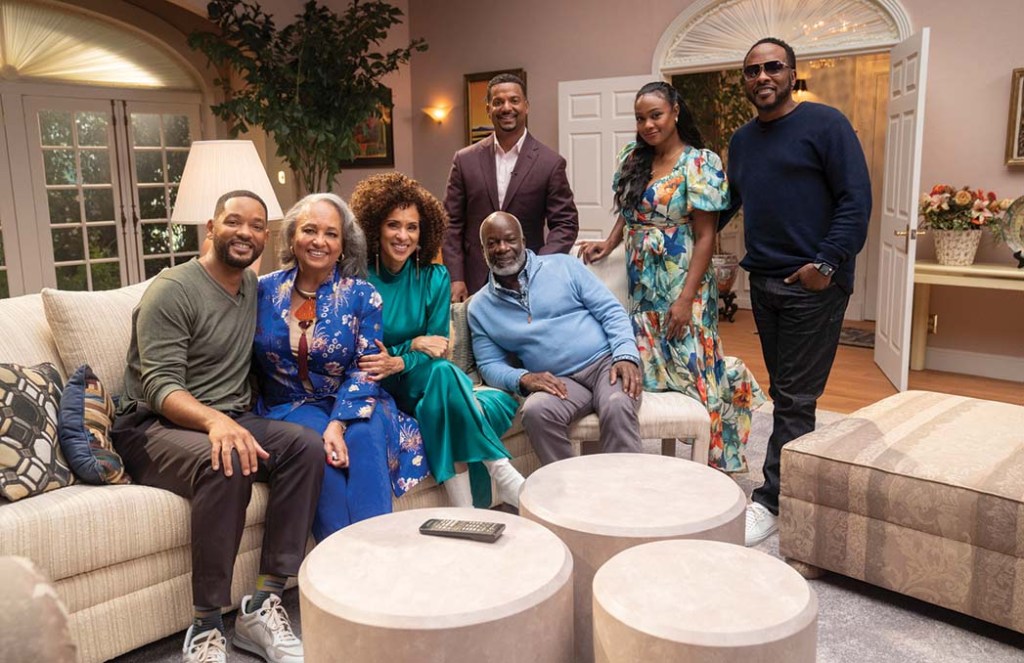 Westbrook Media launched in July 2019 as part of the larger effort to supersize the clout Smith had built from his nearly four-decade career as an actor and recording artist through cross-platform holding company Westbrook Inc. The parent company, headquartered in Calabasas with 80 employees, serves as the umbrella for the Smith family’s business endeavors. Naturally, that includes film and TV production including shingle Westbrook Studios, which is in development on a dramatic adaptation of The Fresh Prince of Bel-Air for NBCUniversal’s Peacock.

But it was also set up to move the Smiths onto new platforms. They’ve done that already through Red Table Talk Enterprises, the multimedia brand that came from Pinkett Smith’s breakout Facebook Watch talk show with daughter Willow Smith and mother Adrienne Banfield-Norris, and merchandise business Good Goods, which houses consumer brands including Just Water and clean beauty-focused Hey Humans. 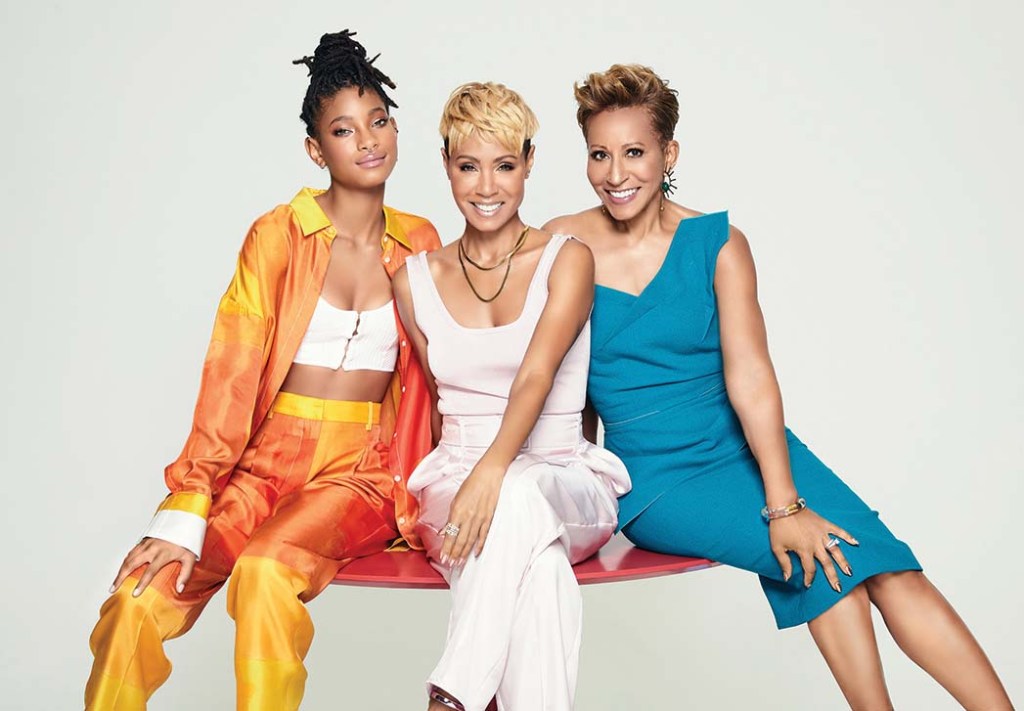 Westbrook Media enjoys a symbiotic relationship with its famous co-founders and the rest of their entertainment empire. When Pinkett Smith was preparing to launch Hey Humans in Target stores in late February, it was Haugen’s team who delivered all the product shots and helped to oversee the marketing campaign. And when Smith — who in recent years has refashioned himself into a social media superstar with more than 51 million Instagram followers and 9 million YouTube subscribers — signs on to a movie, Westbrook Media often also strikes a deal to produce social video and photo assets that will allow him to directly market the project to fans.

“We have seen this company in our minds for decades — the artistic quality, the synergy of our team, the service and healing aspects of our content and the revolutionary approach across the board,” Smith said in a statement.

Haugen recalls realizing just how much influence Westbrook Media could have through social when his team created marketing assets for Disney’s live-action Aladdin remake. Sneak peeks of Smith as the blue-tinted Genie originally voiced by Robin Williams had not gone over well with fans, so the team commissioned a side-by-side drawing of the two Genies to pay homage to the late comedian. The Instagram post that accompanied the image, in which Smith acknowledged that he had “some big shoes to fill,” got more than 2.6 million likes, per Haugen, helping shift sentiment around the film. “We started to see that we can really have an impact,” says Haugen, explaining that it led to work on other titles.

With Smith projects in its portfolio, Westbrook has been able to land A-list clients like John Boyega (during the promo tour for Star Wars: The Rise of Skywalker), Jessica Chastain (for It Chapter Two and X-Men: Dark Phoenix) and Keys (as she was preparing to drop her 2020 album Alicia), who tells THR that collaborating with the company was “like making magic.”

Many clients first work with Westbrook Media during what the company calls “creator days,” where it links talent with digital native creators to produce original social content. Those one-off projects can sometimes lead to more expansive deals in which Westbrook might embed a videographer on a film set with a star to capture behind-the-scenes footage that they can later employ to market the project. “Talent is often used to a typical media day where you have to sit in front of a teleprompter and read a bunch of stuff, and that doesn’t always excite them,” says Sadao Turner, Westbrook Media’s vp social media. “[Creator days] is where they get to do the fun stuff.”

Westbrook Media also has a small but growing brand business, working with Airbnb to stage a promotion tied to the 30th anniversary of Fresh Prince where the vacation rental business’ customers could stay in the real-life home from the show for $30 a night or producing a Candy Crush tournament for Activision Blizzard. “We’re not a social agency,” says senior vp revenue and strategy Ashley McCollum. “We really want to do bigger storytelling. It’s the brands who feel like their mandate is to say what they believe in and be more of an entertainment brand, those are the ones we’re attracted to.”

All of Westbrook Media’s work — whether it’s for A-list clients, brands or distribution partners ­— is produced in a timely, cost-effective way, a strategy that the group has dubbed “fastlane IP,” or FLiP.

“Their speed to production to distribution really makes a difference,” says Mills. “When you really are in tune with the cultural conversation, you need to move quickly.”

After working with Westbrook on Will From Home, Snapchat ordered The Solution Committee with Will and Jada’s son, Jaden, which aired a few months after renewed Black Lives Matters protests sprang up across the nation, and the Ryan Reynolds-starring Ryan Doesn’t Know, in which the Deadpool star learned new skills like latte art and ice sculpting from experts in their fields.

Sometimes one project can even spawn others. After Will Smith hosted a virtual Fresh Prince reunion during an episode of Will From Home, the Westbrook Media team realized they could turn that concept into something even bigger. They pitched a 90-minute reunion special to WarnerMedia, and executives, seeking ways to promote that HBO Max was the exclusive streaming home of all six seasons of the 1990s sitcom, immediately bit. The special, which was filmed in person on a set designed to look like the living room from the show, drew praise from critics after its bow.

Lizzie Fox, senior vp original nonscripted programming for HBO Max, says the reunion performed well for the streamer, which doesn’t release ratings, thanks in large part to the social media rollout that coincided with its release. “Westbrook had a lot planned out prior to the production about how they wanted to capture content specifically for social, and that put them a step ahead,” she says. “Not all production companies have that capability.”

With more film and TV productions starting back up as COVID-19 restrictions loosen, Westbrook Media expects to have a busy year, especially at it seeks to keep up the pace on new digital projects while building its entertainment marketing business back up. Already, the team embedded on the set of King Richard, in which Smith plays the father of tennis icons Venus and Serena Williams. His Instagram is sure to be full of that content ahead of King Richard‘s Nov. 19 premiere on HBO Max. “Will always says that social digital shortform is not ancillary, it is priority,” says Haugen. “He and Jada have seen the value in the direct-to-audience conversation.”