J.J. Abrams is joining the advisory board of OTOY, a cloud graphics company.

The Star Wars director is the latest addition to the board, which already includes William Morris Endeavor and IMG co-CEO Ari Emanuel, Google executive chairman Eric Schmidt and IBM president Samuel J. Palmisano. Abrams will also serve on the board for the company’s newest initiative, RNDR. RNDR uses blockchain, the same technology that is at the core of crypto-currencies like Bitcoin, and it could soon be used to render 3D visual effects for Hollywood movies.

More simply put, the RNDR network is a community of users pooling their computing power together to allow any artist to render CG images and video at Hollywood-grade levels (think: Airbnb or Uber for CG rendering). Up until now, the biggest differences between a major Hollywood film that uses CG and a young artist is the millions of dollars of servers needed to render complex sequences. RNDR hopes to change this to democratize rendering and for the first time make it affordable and available for all, and Abrams hopes to help transform storytelling by making it a reality.

OTOY was founded in 2008 by Jules Urbach, Alissa Grainger and Malcolm Taylor. It has since grown to over 60 employees across four offices with headquarters in downtown Los Angeles. In April, Time Warner’s HBO and Discovery Communications acquired stakes in the company, though financial details and the size of the stake weren’t disclosed. Through the pact, the company had been involved with Jon Stewart’s failed HBO project, the animated shortform digital series meant to refresh on HBO Now multiple times throughout the day. The cable network and Stewart announced in May that it would not be moving forward with the show. 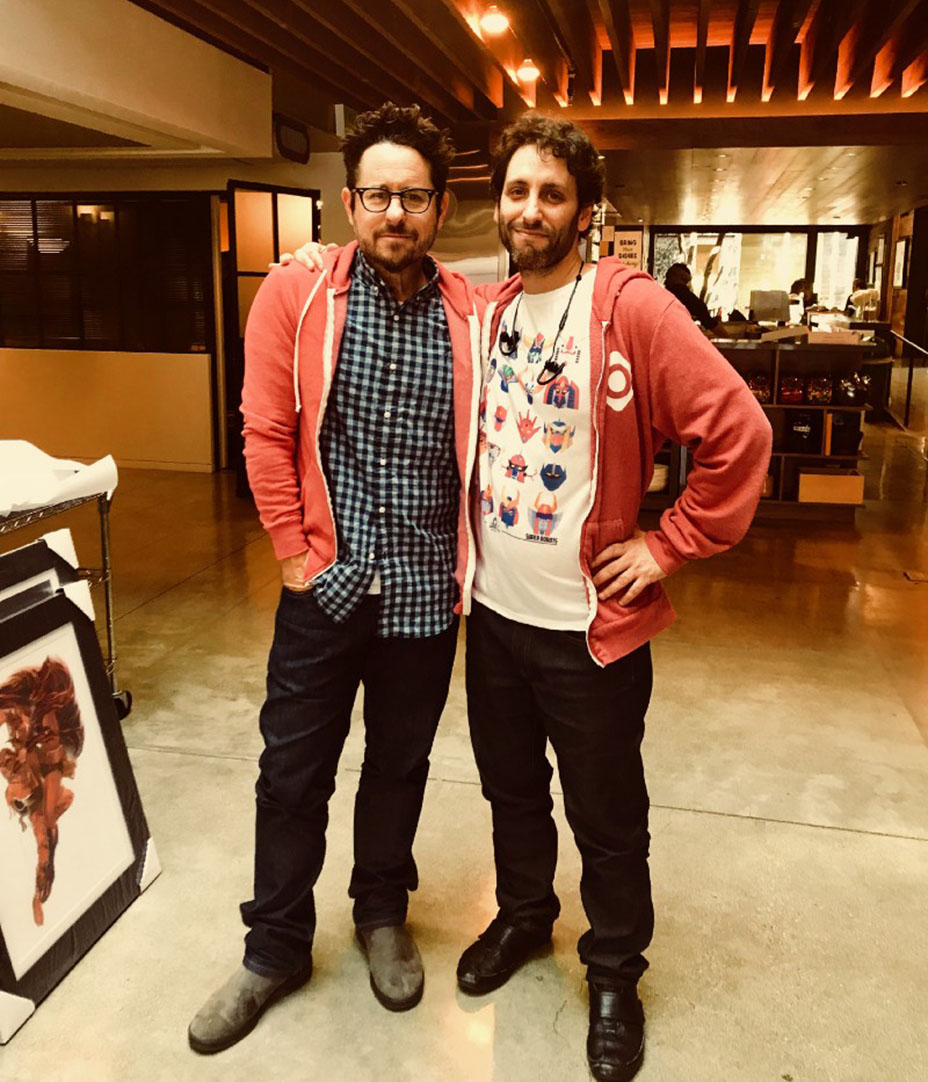 In a Medium post Thursday, Urbach announced the news and opened up about his relationship with the director. “[Abrams] and I go way back — before RNDR, before ORC, before Octane, before OTOY was a company. We met a long time ago, when I was working out of my mom’s house in the San Fernando Valley on GPU raytracing, and the future was still very far away,” wrote Urbach. “He had heard about me, and one day, just like that, he was there at my house … I showed him OTOY as it was, and what I hoped it would become. He believed in me and he believed in my vision. Strongly. Profoundly. At a time when few did. It changed my life — how could I believe any less of myself after that?”

The founder and CEO also conducted a Q&A with Abrams about the future of film, pop culture mythology and Elon Musk. Read a transcript of the conversation below:

URBACH How do you see film/cinema as an art form changing in the years and and decades ahead?
ABRAMS As technology continues to become democratized — including the sort of remarkable results you can get with Octane — more diverse and unique stories will be told. Worlds, familiar and extraordinary, will be created and distributed in ways that could not have been imagined a decade ago.

URBACH Any insight for Octane artists competing in our next Render The Metaverse contest? Anything you feel would be compelling guidance in terms of creativity ?
ABRAMS Anything I say here is super obvious — but what occurs to me is using the opportunity to create a narrative. Images are wonderful but can be binary. Having something that can be interpreted, deciphered and has an emotional component is always what sets something apart.

URBACH 10+ years ago we were talking about democratizing cinematic rendering on GPUs– RNDR and Octane are key steps that make that happen. How are we doing overall in terms of delivering on all the potential you saw back then?
ABRAMS It is remarkable to see not just how far OTOY has come — but what you saw back in the day before cloud rendering were words that, used together, remotely made sense to anyone. The fact that anyone can have access to near instantaneous rendering of photorealistic imagery is vaguely miraculous.

URBACH What mythology in pop culture that you love hasn’t been translated to live action?
ABRAMS Not sure it falls under the category of mythology — but the work of Chris Ware is deeply affecting to me and I would love to see his work brought to life in the cinematic medium.

URBACH Do you think Elon is maybe right — and we are living in a simulation? What philosophical implications does this concept have in your options on when you think about?
ABRAMS I think about this all the time, and have been writing about it lately. Whether Elon and the Oxford profs are right remains to be seen … but my reaction exists in two states at once: it’s both a wildly comforting and wildly uncomfortable at the same time. It seems so ridiculous and unlikely. And then you have people as brilliant as Elon saying that it’s HIGHLY LIKELY we are in a simulation. And that guy lands rockets vertically. So we should probably listen to him.