As players launch the sports title they are greeted by a picture of Bryant with the dates of his life listed below his image.

“Along with the rest of the world, we are shocked and devastated by the sudden passing of Kobe Bryant,” a representative for publisher 2K Games tells The Hollywood Reporter in a statement. “He has been an inspiration on and off the court to us all, and a valued partner to 2K for many years. We’re inspired and heartened by the ways the 2K player community are rallying together and honoring Kobe — including parades, custom jerseys, intentional 24 second shot clock violations, and dedicated streams.”

NBA 2K20‘s official Twitter account also honored Bryant with a tweet on Sunday saying, “RIP to a Legend. Thank you for your many contributions on and off the court. You are greatly missed.” 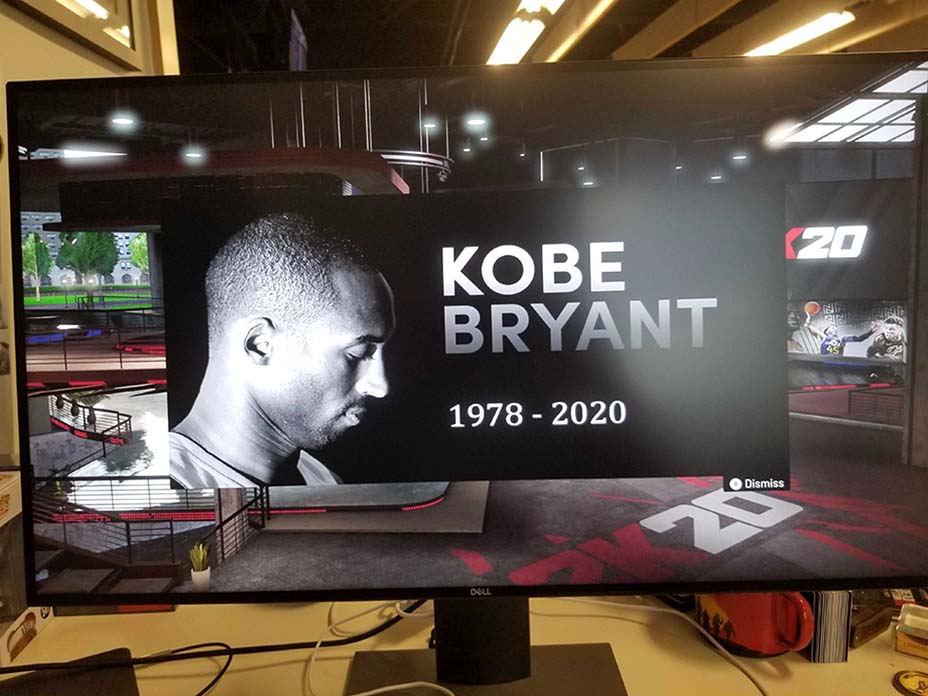 The NBA 2K series highlights a star (or several stars) from the league on its cover every year. Bryant was the cover star of NBA 2K10 and a playable character in the annual release throughout his career.

Bryant and his 13-year-old daughter, Gianna, were aboard his private helicopter when it crashed in Calabasas, California, about 30 miles west of downtown Los Angeles on Sunday, along with nine other people who died in the accident.

Bryant was honored by many across the media landscape, including a tribute from Grammys host Alicia Keys and performer Lizzo at Sunday’s awards show at Staples Center in Downtown Los Angeles, the home of the Los Angeles Lakers. In 2017, the Lakers honored Bryant by retiring both of his numbers (8 and 24) and on Sunday Dallas Mavericks’ owner Mark Cuban announced that his team would also be retiring the number 24 in honor of Bryant.