Upon its release in September 2018, Xbox’s Adaptive Controller (XAC) was celebrated by many in the video game industry as a step forward for inclusive hardware design. While the XAC was lauded for its innovative design and potential for individual customization, its price point — coupled with the surrounding pricing issue for peripheral add-ons needed by many gamers with disabilities to use the device — still presented a barrier.

On Monday, gaming hardware company Logitech announced the launch of its Adaptive Gaming Kit, an “all-in-one system” that connects directly to the XAC and is offered at $99.

“The XAC is an amazing piece of hardware, but if you really want to unlock its potential you need all these add-ons,” Ujesh Desai, Logitech’s general manager, tells The Hollywood Reporter. “We started researching the cost and just one of these buttons starts at $40 and only goes up from there. That’s when I really said, we need to do something here.”

Logitech partnered with Microsoft (which the company also worked with on the XAC) to develop the Adaptive Gaming Kit specifically for the controller. The new offering features a large assortment of light-touch buttons, sensitive triggers that “function like gas pedals,” according to Desai and various small switches that can be used with much less force than traditional controllers. Additionally, the Adaptive Gaming Kit also includes Velcro-based hook and loop pads that make the controls more accessible and customizable to a wider range of gamers. “The idea is to package it all together,” says Desai.

Even the packaging itself is designed with accessibility in mind, utilizing easy-to-open, yet still protective, shipping materials. The attention to detail was a major sticking point for Desai and the Logitech team and they met with various organizations aimed at disability advocacy throughout the process of crafting the Adaptive Gaming Kit. 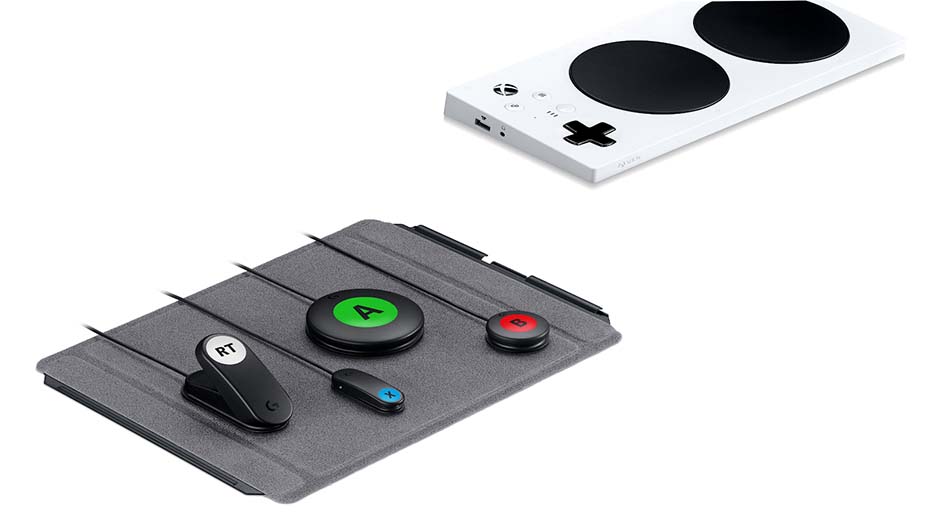 “We worked with a lot of folks in the accessibility space,” Desai says, noting that the company consulted with various organizations such as charities AbleGamers in the U.S. and SpecialEffect in the U.K. “A lot of changes made to the product were direct feedback from these groups,” says Desai. “We asked them to please be very honest and brutal.”

“The important thing they did was test with lots of individuals with different disabilities,” Cherry Rae, an accessibility specialist who consulted with Logitech on the Adaptive Gaming Kit, says. “You can’t design for disabled people without testing with them. They made sure they covered the whole range.”

Rae says that what is currently on the market for gamers with disabilities is often “infantilized” or aimed at younger audiences and is “highly medicalized and not especially high quality.” She says that Logitech’s offering, which comes as a kit, will be “groundbreaking.”

“The price is one thing, it will blow everything out of the water,” she says. “This is a quarter of what’s out there for a full kit and on top of that it’s just higher quality and looks like a regular piece of grown-up gaming equipment.

Mark Starrett, senior global product manager at Logitech, says the company has a “multiyear road map” for working on hardware for gamers with disabilities. “We started in early August last year,” he says. After meeting with various organizations, Starrett says he and the team had a three-day workshop where “we basically brainstormed what the future for us with accessibility products was.”

Microsoft is currently the only major gaming company that Logitech has partnered with for accessibility hardware, but Desai says he is “absolutely interested” in working with others, such as Sony and Nintendo.

The team at Logitech is excited for the Adaptive Gaming Kit to hit the market, but Desai says more can be done. “While I’m proud of this and the team, this is just the beginning. We want and should do a lot more in this space,” he says. “And we will.”