On Sept. 4, the Federal Trade Commission hit YouTube with a $170 million fine over allegations that it illegally collected the personal data of children. While many saw the fine as a mere slap on the wrist to YouTube owner Google, which boasts a market cap of $856 billion, the people who make kid-friendly programming for YouTube are expected to experience the greatest financial toll from the video giant’s deal with the government.

In agreeing to settle over its alleged violation of the Children’s Online Privacy Protection Act, YouTube also has promised to make sweeping changes to its business, including eliminating personalized ads and turning off comments and notifications on videos made for audiences under the age of 13. Those updates, to go into effect in early 2020, will have what YouTube CEO Susan Wojcicki acknowledges as “a significant business impact” on many channels, and YouTube creators who focus on topics like games, toys or children’s characters are bracing for a drop in viewership and a decline in advertising revenue.

“YouTube has made some changes,” creator LaToya Moore-Broyles told those who tuned into the Sept. 6 live stream on her channel, MyFroggyStuff, to discuss the pending changes, which she explained she expected to have an impact because of her focus on toys and crafting. “Whether you are an adult collector who loves toys or not, you will no longer be able to monetize your videos the same way,” she continued in the video, which has more than 31,000 views. “For us people who have YouTube as a career, that’s kind of detrimental.”

Kids content is some of the most popular on YouTube as parents look for ways to entertain young children and advertisers seek brand-safe programming on which to market their products. Videos featuring Disney and Nickelodeon characters rack up millions of views on the platform, and toy “unboxers” like Ryan ToysReview and EvanTube have more than 25 million subscribers between them. But YouTube has long maintained that it is not meant for children under 13 and that minors who want to watch the programming YouTube hosts should, instead, use its more curated YouTube Kids app.

In truth, YouTube can do little to prevent children from using its platform, either without logging in to an account or by watching on a parent’s device. YouTube is acknowledging as much through its policy change, which treats data from any user watching kids content as coming from a child. In addition to detecting that programming through technology, it also will require creators to identify whether their channels fall into the kids category.

But even channels that aren’t specifically programming to children could be hit. Shaun McKnight, president of M-Star Media, which operates six YouTube brands including Cute Girls Hairstyles and Brooklyn and Bailey, says only one of his channels — UniLand Kids, which with 73,000 subscribers is the smallest in his portfolio — would be designated in the kids category under YouTube’s new rules. Because that channel is no longer active, McKnight and wife, M-Star Media CEO Mindy McKnight, aren’t concerned about the impact to their business. But, he acknowledges, “I’m not naive enough to think that when this is enacted, there won’t be a few videos on our other channels that were more geared to the younger kids that might be impacted.” 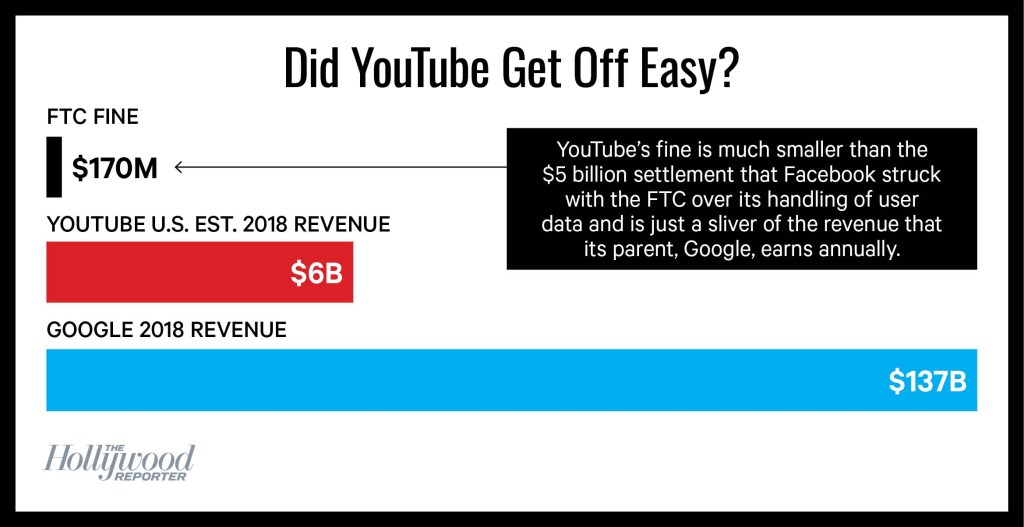 Creators whose channels are more squarely in the kids demo, meanwhile, are preparing to make substantial alterations to their programming. For instance, Moore-Broyles, whose plans were first reported on by The Verge, says she’ll focus more on crafting and less on toys. And the cute nicknames she and her daughter once used (Froggy and Little Froggy) will be retired to avoid being classified as kids content. “We were already planning on adding new content specifically for teen and adult doll collectors and miniature artists,” she tells THR. “These changes put us in a position to create this new content a bit faster than we originally planned to.” She adds that the biggest impact will be to her doll-play and toy unboxing videos, which make up about half of the nearly 2,000 videos she has posted.

While creators won’t know the full impact of the changes until they go into effect, one think tank estimates that some channels could see their advertising revenue decline by more than half. “They’re pumping the breaks hard on an entire ecosystem,” says TechFreedom general counsel Jim Dunstan.

Wojcicki, in her blog post, said YouTube worked to give creators four months to adjust before it implements the changes. And to compensate those impacted, the company is planning to establish a $100 million fund that it will dispense over three years to channels that create “thoughtful, original children’s content on YouTube and YouTube Kids globally.” But the company has yet to share with partners just how that money will be allocated.

While creators acknowledge that their businesses will take a hit, many also say they support the changes YouTube is making. “This is really about our kids and the safety of our kids,” says McKnight. “I care more about my kids than I do about my business.”

On Sept. 7, the husband-wife duo behind the Eh Bee Family vlog channel turned on their video camera to tell their nearly 9 million subscribers that they’re also OK with the adjustments on the way. “We’re actually really, really happy with the news,” said Rossana Burgos, with husband Andrés adding, “This is all for good because it protects children.”