Five years ago, lawyer and influencer April Reign turned a single tweet about the Academy Awards’ all-white acting nominees into a movement that has continued to hold Hollywood accountable on diversity and inclusion efforts. Now, Reign is getting into the content business in a move that will focus on creating opportunities for people of color in front of and behind the camera.

Reign has partnered with New York-based media company Overture Global to launch a digital content studio known as Ensemble, a full-service content studio working from development and production through to distribution, sales, marketing and enterprise. Per today’s announcement, the name is meant to signal “that it takes a collective effort” through relying on “people of various talents, backgrounds and cultures to create content that is inclusive, equitable, authentic and relevant for the masses.”

The launch comes at another flashpoint in culture as the United States faces a moment of reckoning on issues of racial injustice following widespread protests over police brutality and a COVID-19 pandemic that has been proven to be more fatal and devastating for members of the Black community. Conversations have spread to both the media and entertainment businesses as the focus again falls on the lack of diversity and inclusion, and part of Ensemble’s efforts will be turning that around and offering content by, for and produced by creators of color.

For her part, Reign says she’s excited about the opportunity to partner with Overture and its CEO Donnovan Andrews. “They have a reputation for creating professional content for a switched-on audience. We are in a unique period wherein we’re able to bring together brands and creators to tell stories, such as interviews, web series and documentaries, that reflect a wide range of American and global human experiences.”

Andrews added that they are casting a wide net in terms of content and won’t be focused only on content produced exclusively for Black audiences. “Our strategy is heavily based on creating and supporting inclusive content production and delivery opportunities for diverse teams in a way that hasn’t been done before. Just think about the stories from refugees, immigrants and cultural influencers that’ve been lost because they’ve been historically excluded from this process.”

He also said Ensemble’s work is an “organic extension” of the work Overture has already been doing, focused on “thought-provoking” content for influential and connected communities. “Until now, Overture has focused on telling societal-impact stories, such as innovative efforts to solve the global water shortage and supporting women in international [science, tech, engineering, art and mathematics] fields,” he said. “These will be stories that need to be told and perspectives that need to be delivered.”

The launch is the latest career move for Reign, who has worked as a lawyer for close to two decades after earning her bachelor and JD degrees from the University of Texas. She segued into marketing and advocacy work through her Reignstorm Ventures. She’s also a noted public speaker and media presence, speaking on issues of race, politics and culture. 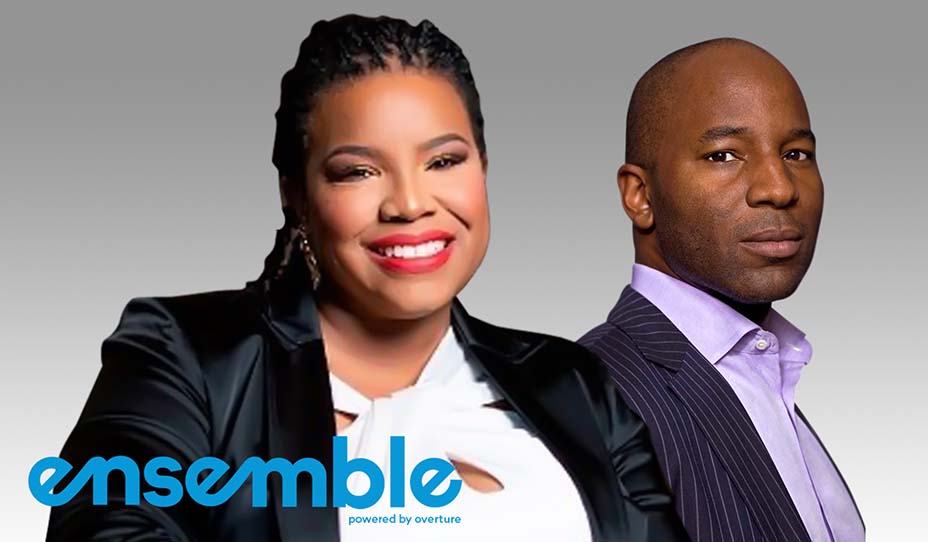