Reese Witherspoon’s book club is getting the app treatment.

Hello Sunshine, the media company founded by Witherspoon, unveiled Wednesday the launch of the Reese’s Book Club (RBC) App which they describe as a “space to celebrate, explore, and connect with each other through a shared love of reading.”

Though the free app, members will be the first to hear about Reese’s book picks — the actress traditionally announces each pick at the first Tuesday of every month on social media — and will have access to a myriad of surprise giveaways, merchandise and more. Members will also be able to join hosted events, discussions and meet-ups to connect with authors and bookworms, as well as purchase book picks from book retailers. Exclusive items will be made available to purchase in the coming months, with all proceeds going to Hello Sunshine’s pay-it-forward platform, The Readership.

“Since we launched Reese’s Book Club, we’ve shown that our books have the power to spark discussions, make us laugh when we need it most, and bond us over something bigger than ourselves, all while celebrating diverse voices that put women at the center of their stories,” says Witherspoon. “Through Reese’s Book Club App, we are able to forge even deeper connections with our community by providing a new platform for our book club members to engage with these stories and each other.”

She adds, “We are also thrilled to harness the collective power of this incredible community to keep spreading the joy of reading by paying it forward and committing 100%  of all profits generated through activities facilitated in app to The Readership, our platform to amplify diverse voices and promote literacy.”

“Our mission with Reese’s Book Club is to build the most meaningful book club for women,” said Hello Sunshine CEO Sarah Harden. “Fostering deeper connections with the books, authors, and other members whilst enabling important programs through The Readership feels like exactly the right next step in creating more meaning for our members.”

Reese’s Book Club has gained a large social following since its 2017 debut with nearly 2 million followers on Instagram. Over 38 book selected as book club picks have become New York Times bestsellers, with Hello Sunshine also adapting several for film and television including the Hulu limited series Little Fires Everywhere (based on Celeste Ng’s novel, starring Witherspoon and Kerry Washington). Forthcoming adaptations include the Amazon series Daisy Jones and the Six (based on Taylor Jenkins Reid’s novel), the Netflix series From Scratch (based on Tembi Locke’s novel) and the film adaptation of Delia Owens’ Where the Crawdads Sing with 3000 Pictures and starring Daisy Edgar Jones.

The book club also launched a YA-focused book club in which Witherspoon selects a monthly pick for young readers. Leah Johnson’s debut, You Should See Me in a Crown (Scholastic Press) was chosen as the first YA selection last August. 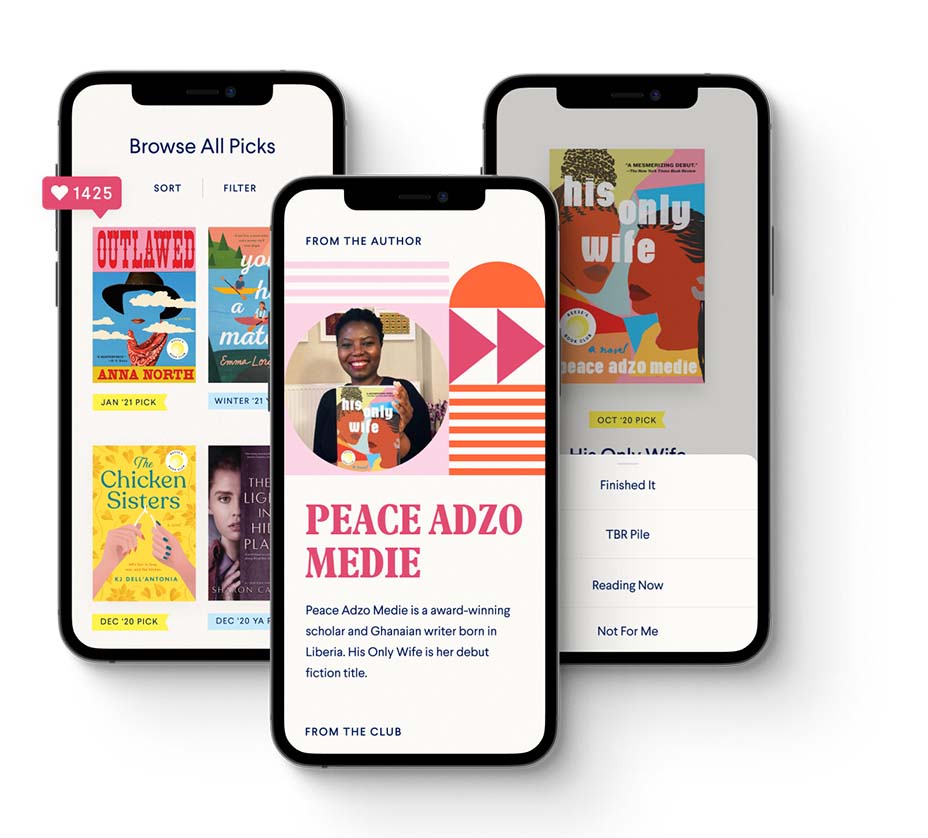