If you walk the floor of the Jacob Javits Center during the New York International Auto Show, which runs from April 14 to 23, it seems that what Netflix and Amazon have done to hyper-niche prestige programming, automotive brands are doing to the luxury market. Why drive a $130,000 SUV when you can drive a $130,000 SUV coupe?

Hyper-niche case in point: Dodge’s limited-edition Demon is an 840-horsepower sedan that comes with only one seat — just the front driver’s seat — though you can buy passenger seats for a buck each. And it was engineered to do wheelies. Why? Tim Kuniskis, head of passenger cars FCA North America, who spent two years dreaming up the Demon says: “Well, it’s never been done on a mainstream car.” Only 3000 will be produced for the U.S.; if you want to live out any Fate of the Furious dreams, the long waiting list starts now.

Three takeaways from the show on what you’ll see clogging the valet lines from Malibu to the NYC’s Meatpacking District in 2017:

1. The hot new Hollywood car is … a station wagon!

“It’s something we don’t need, it’s the want factor,” says Frank Weisman, product experience manager, sports cars, of the new Porsche Panamera Sport Turismo, which made its U.S. debut at the show ahead of its sales date this fall. “It’s something unique.” The Panamera Sport Turismo, with its station wagon-esque lines, is the perfect executive #dadcar, especially if you choose the super-luxe and extremely fast Panamera Turbo Sport Turismo version, which hits 0-to-60 mph in 3.4 seconds, thanks to the 4.0 liter, twin-turbocharged V8 with 550 hp under the hood. That much wagon comes with a price — specifically, what it would cost to send your child to Bel Air-based day school John Thomas Dye: a cool $154,000, plus custom options at a steep fee.

Mercedes had its U.S. premiere of the ultra-luxe Mercedes-AMG E63 S Wagon, which sports the same 0-to-60 time thanks to the 603 horsepower, 4.0L V8 biturbo engine. The engine is a rare feat, with a signed nameplate of the builder on each one, according to AMG’s motto of “One Man, One Engine.” Nick Martin, AMG product manager says: “This is for a very specific buyer who wants serious performance but wants to drive a unicorn-type car. It’s going to be rare. We like to think it’s a car made for an entrepreneur that has a few kids.”

2. SUVs still dominate on both coasts.

Range Rover unveiled at Lincoln Center its sleek new 2018 Range Rover Velar, which slots in between the Evoque and Range Rover Sport models. The Velar, which was the code name of Range Rover prototypes in the late 1960s, goes on sale later this year with a starting price of $89,300 for the First Edition, a smaller, more futuristic take on the brand. Gerry McGovern, chief design officer at Land Rover, says: “The Velar is a cultural shift for a new type of customer, who is moved by modernity in design.”

Ellie Goulding, who performed at the unveil, took the Velar around Central Park before the event and says it’s perfect for a musician: “There is something about the Velar that’s calming and because the sound system is so brilliant, it would be a great place to listen to my new music after a recording session. Maybe it’s because I grew up listening to so much music in the car, it’s how I imagine people hear my music.”

Mercedes-Benz had a world premiere of its new Mercedes-AMG GLC63 and GLC63 Coupe models. With SUVs a best seller in the Tri-State area due to the inclement weather and bad roads, the “heavy metal cars, like the GLS and the G-Wagen, do extremely well here in New York. With the AMG models, we sell everyone we get, usually before they hit the showroom floor,” says Tom Shandley, general manager of Mercedes-Benz of Manhattan.

3. Car companies are spending billions to bring the next Prius to market.

Gone are the days when the Toyota Prius was the only game in green. BMW showed an entire range of Performance plug-in electric vehicles, including the $90,700 BMW 740e xDrive iPerformance and $63,200 BMW X5 xDrive40e iPerformance models.

Honda showed its full range of Clarity models, including a hydrogen fuel cell, all-electric and plug-in hybrid versions; Cadillac had its new CT-6 plug-in; and Kia, which launched its four-door Niro Hybrid with a Melissa McCarthy spot during the Super Bowl, showed its new Niro plug-in electric. The Niro, which would appeal to the millennial crowd working in Silicon Beach and Culver City, is an attractive and sporty alternative to the Prius.

These alternative-powered cars come at a cost. “We’re spending 10.2 billion dollars between 2015 and 2020 on batteries, electric motors and fuel cells,” says Steve Kosowski, manager, long range strategy and planning at Kia. “Our expectation is that you will see a tsunami of plug-in electric hitting the market.” Still, the Prius and the Prius Prime plug-in, both relaunched in 2017, set a high benchmark and there is a reason why you see so many around town in Los Angeles and New York. 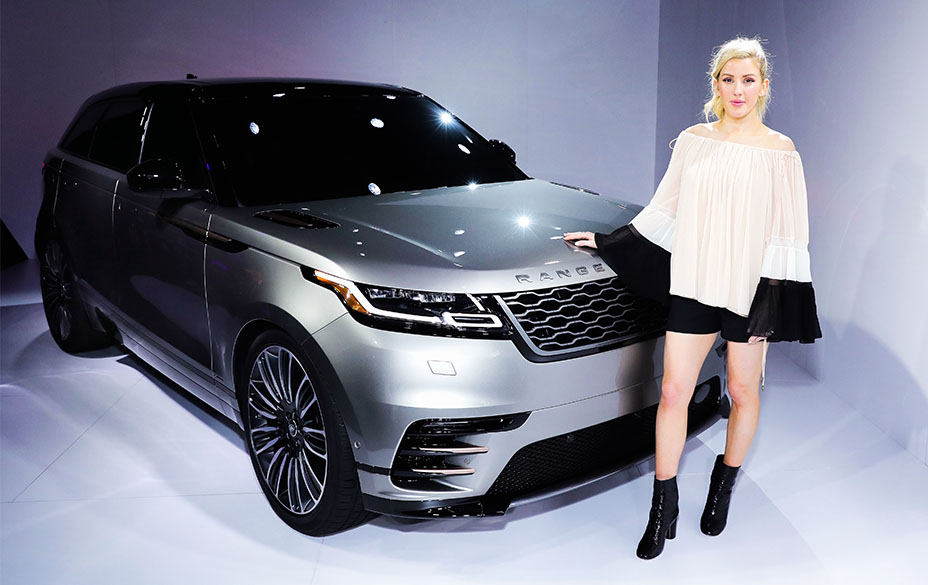