Continue to The Hollywood Reporter SKIP AD
You will be redirected back to your article in seconds
Skip to main content
October 14, 2019 6:00am

Madelaine Petsch is freezing. She’s standing naked in a cryotherapy chamber in West Hollywood as cold air blasts around her. “How many seconds am I in here for?” she asks nervously as a camera rolls. Petsch, 25, may be best known for playing Riverdale ice queen Cheryl Blossom, but in this moment, as she’s submerged in subzero temperatures, she’s showing her warmer side.

Fans of the Archie-inspired drama won’t see this on The CW. Instead, they’ll have to head to her YouTube channel, where Petsch uploaded the stunt Oct. 2 as part of a series where she tries new things. She’s been posting on the Google-owned platform since August 2017, racking up 4.8 million subscribers and 138 million views with her baking videos, relationship vlogs and other personal missives. “YouTube allowed me to have this connection with people that I wouldn’t really get to have otherwise,” Petsch says over the phone from Vancouver, where Riverdale is filming its fourth season. “Putting out my first YouTube video, people were like, ‘Wait, she’s funny and nice.’ They were surprised to see that I’ve got a personality that’s not Cheryl.”

There’s little difference between Petsch’s channel and those that have proliferated over the years from homegrown vloggers —­ except, of course, that she’s on a popular broadcast drama. Audiences aren’t conditioned to seeing actors like Petsch get so personal online. But social media is breaking down that barrier, and YouTube, in particular, is leading the charge. Now, the platform is being invaded by Hollywood talent showing off their everyday lives. Will Smith, for instance, spent 2018 amassing many of his current 6.8 million subscribers with goofy, candid vlogs. Then came Jason Momoa, who in November began documenting his Aquaman press tour on the platform. In March, Zac Efron started a travel- and exercise-focused channel, and in June Stranger Things star Noah Schnapp joined the fray with a video featuring YouTube phenoms The Dolan Twins. 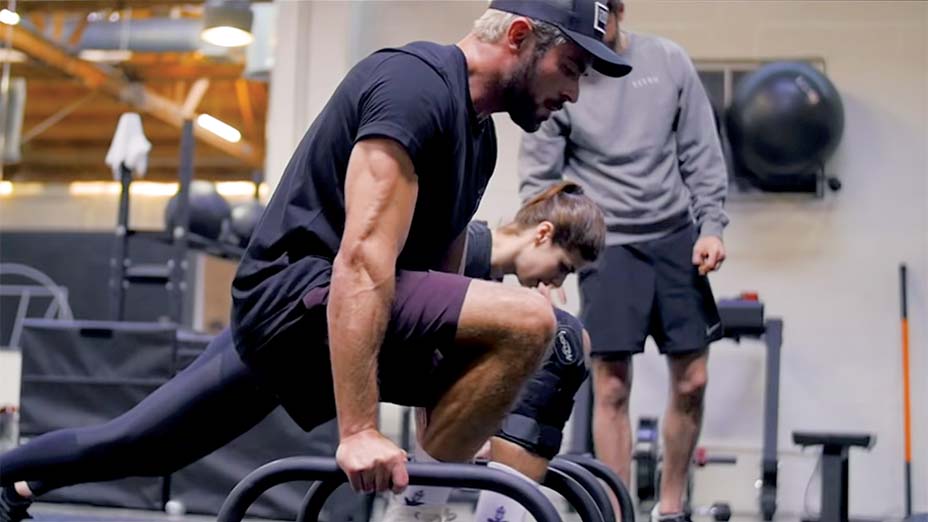 “A lot of folks reach out to our team for help to understand what kind of content they should be making or creators they should be collaborating with,” says Preeya Khanna, who leads YouTube’s public figures partnerships team. The division launched nearly two years ago explicitly to help actors, athletes and musicians navigate the complex process of becoming a YouTuber. Executives had watched the early success Dwayne Johnson and Shay Mitchell had with their channels (4.5 million and 4.1 million subscribers, respectively) and saw an opportunity to support others.

As it does with its homegrown talent, YouTube now offers its famous partners tips on best practices, suggestions on potential collaborators (a tactic that can boost awareness of a new channel) and other pointers. For example, after Lil Nas X tweeted in June that he wanted Gordon Ramsay to guest on a remix of his single “Panini,” it was YouTube that shared the tweet with the chef and helped him plan a sandwich-making tutorial with the rapper for his channel. (The video, posted July 7, has 7.4 million views.)

YouTube’s Hollywood outreach has helped spur the rise in the celebrity YouTuber. So too has its decision to help fund their channels. In 2018, per multiple sources, the company began offering public figures between five- and six-figure lump sums — “not life-changing,” per one rep, but real money — to subsidize the startup costs. These deals aren’t for original programming, the sources note, explaining that YouTube is hands-off when it comes to the content that is produced using the money. Khanna declines to comment, noting that YouTube “can’t disclose any contractual details” of its partnerships with talent.

The deals have helped entice talent who want to reach their fans, but because the payments are relatively small compared with what they can earn from films and TV series, it’s not the reason they’re joining YouTube. Instead, they see its 2 billion monthly users as a giant platform through which they can talk directly to their audience. “When I’m making a YouTube video, it’s truly one hundred percent Madelaine,” says Petsch.

Given the workload involved — experts recommend that creators post consistently (weekly, if possible) to their channels, and while some people have small production teams, others, including Petsch, largely shoot and edit the videos themselves — a YouTube channel also is enticing for those seeking a creative outlet. “It allows me to run my own thing,” explains Schnapp, 15, who has essentially grown up on the set of his hit Netflix series. “I get to choose my own ideas and produce and star in my own stuff.” 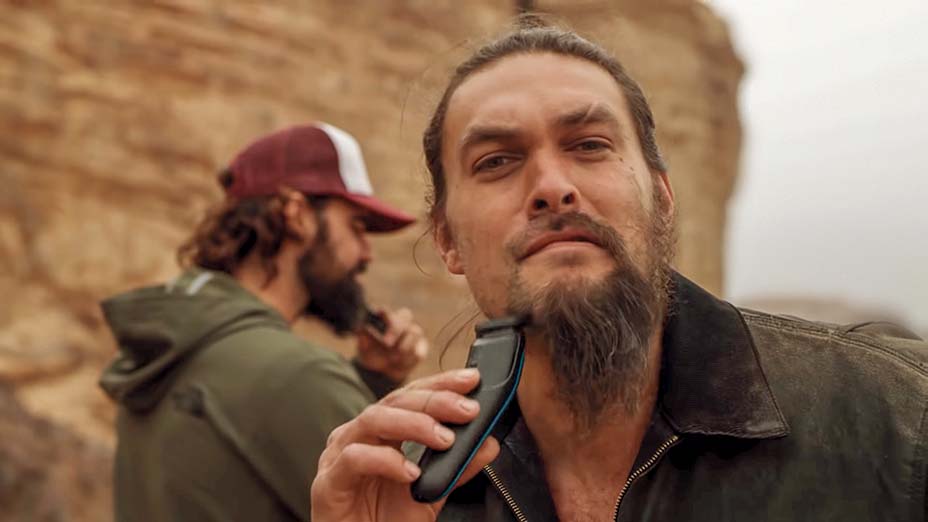 There are business benefits too. Public figures with large enough channels are able to join YouTube’s partnerships program, which gives them a cut of advertising revenue earned against their channels. Analytics firm SocialBlade estimates that Johnson, for example, who had 2 million views in the 30 days prior to Oct. 7, could make as much as $8,000 monthly on his channel. A big online audience also can open up conversations with brands about sponsorship deals. “It’s not rivaling the role of an A-list movie star,” cautions one talent agent, “but for a number of people, they can get to a place where they’re generating a pretty healthy amount of revenue on the platform and getting an increasing flow of brand opportunities.”

Having an online fan base can translate into more acting gigs, too. If a studio is deciding between two actors for the same role, they now will often give the edge to the person with the larger social following. Once actors win the part, they can use that YouTube audience to negotiate for a marketing fee in exchange for promoting the project. Smith recently premiered the trailer for Gemini Man on his channel, and Jennifer Lopez has been going behind the scenes on Hustlers for her 11.8 million subscribers. 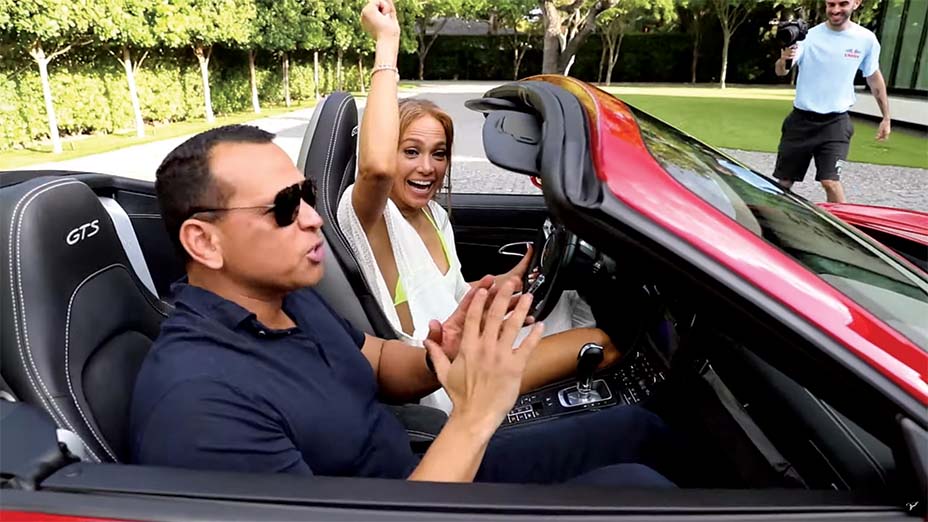 The challenge for YouTube as more Hollywood types join the platform will be to make sure it doesn’t alienate its homegrown stars, who are quick to panic when they feel that their standing (or ability to make money) on the platform is diminishing. “It’s the same support whether you are a traditional celebrity uploading your first video or whether you’re a gamer or an artist,” assures Khanna. “All we’re trying to do is connect the dots for you to make sure you’re getting the most out of your YouTube and Google partnership.”

For many, Hollywood’s interest is a sign the lines are blurring between what it means to be a traditional star and a digital one. “There’s an entire generation that has grown up watching content in both arenas,” says WME head of digital Chris Jacquemin. “Seeing these stars commingling is reflective of where everything is ultimately going.”