As the best in television will be celebrated during Sunday night’s Emmy Awards, readers may recognize some of the Emmy-nominated series are adapted from books including Shrill, Bridgerton, The Queen’s Gambit, The Flight Attendant and The Undoing.

If you’ve binged every show and in need of new stories to fill the void, books can also offer a welcomed escape.

Maybe you’re hoping to have a thriller in the vein of The Flight Attendant, a mystery similar to that of Mare of Easttown, or perhaps curious to follow a competitive journey as in The Queen’s Gambit. For every reader tastebud, The Hollywood Reporter has compiled a list below of older and newer books readers can devour that offer similar storylines or themes as some of this year’s Emmy-nominated shows. For those who prefer to listen to page-turners, these titles are also available on Audible.

If You Love Mare of Easttown….

Book to Read: Tell Me the Truth by Matthew Farrell (Thomas & Mercer)

HBO’s Mare of Easttown, nominated for 16 Emmys and already having won an award at the Creative Arts Emmys, centers on a small-town Pennsylvania detective Mare (Kate Winslet) who is determined to solve the local murder of a teenager. However, things take a darker turn as Mare must not only confront the secrets being kept from many in town but also her own past. In Matthew Farrell’s Tell Me the Truth, readers can follow another dark mystery. In the book, the author introduces Noel Moore whose wife discovered their daughter Jenny was stabbed to death in the woods behind their home. After the tragedy, readers are left to question each and every suspect in the case — including Jenny’s family who could be holding on to some secrets of their own. 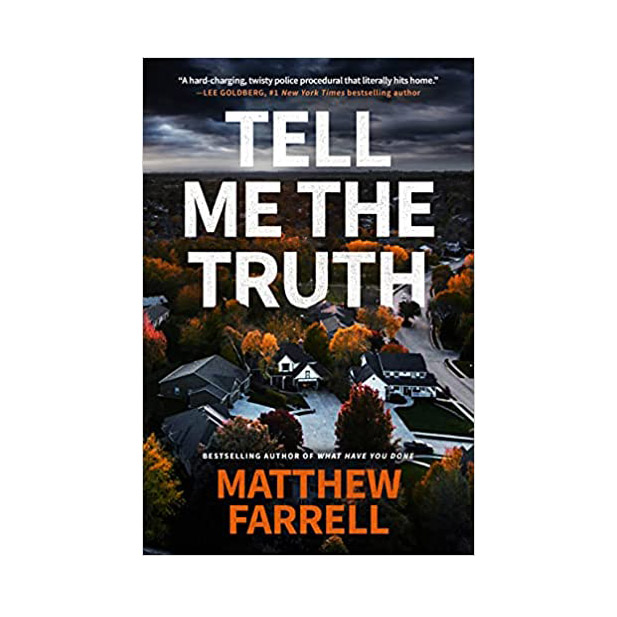 'Tell Me the Truth' by Matthew Farrell $11
Buy now

If You Love The Queen’s Gambit….

Book to Read: The Sound Between the Notes by Barbara Linn Probst (She Writes Press)

Netflix’s The Queen’s Gambit, an adaptation of Walter Tevis’ 1983 novel, earned 18 Emmy noms and secured 9 wins during last week’s Creative Arts Emmys. The seven-episode drama centers on a chess prodigy (Anya Taylor-Joy) who rises to the top of her field. Though viewers are enthralled in the game of chess, readers hoping to follow another prodigy can read about a gifted pianist in Barbara Linn Probst’s The Sound Between the Notes. The book centers on Susannah Lewis, who yearns to return to performing after taking a hiatus following the birth of her son. However, as The Queen’s Gambit Beth competes to become a chess world champion while dealing with addiction, Susannah is eager to perform but has a progressive hereditary disease that could prevent her from doing so. 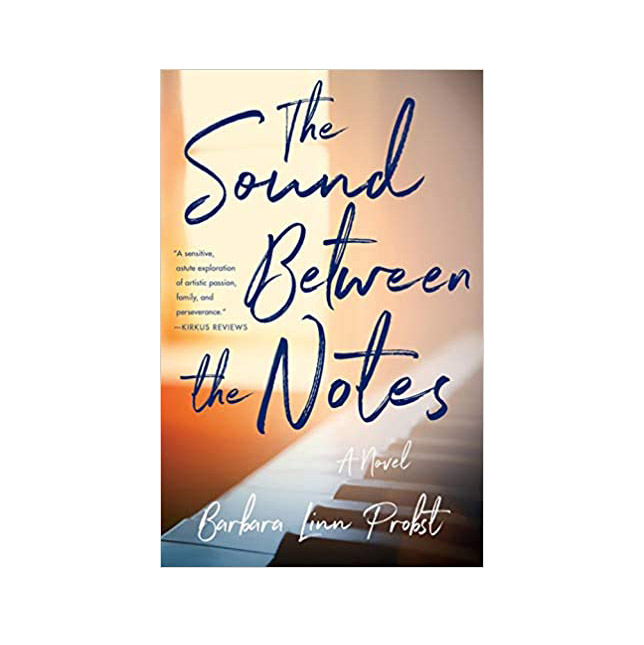 If You Love Lovecraft Country….

HBO’s Lovecraft Country received 18 Emmy noms for this year’s ceremony and already won two at the Creative Arts Emmys. In the series, based on Matt Ruff’s novel of the same name, Atticus Freeman (Jonathan Majors) embarks on a road trip across 1950s Jim Crow America with his friend Letitia (Jurnee Smollett) and uncle George (Courtney B. Vance) in search of his missing father (the late Michael Kenneth Williams.) Throughout their journey, they must also persist and overcome the racist terrors of white America and the lingering dangerous monsters. Like Atticus’ journey, M. Shelly Conner’s Everyman tells the story of another quest for truth. The story centers on Eve Mann who attempts to learn more about her mother after she passed away while giving birth and her father she never knew. As she makes her way to Georgia, Eve learns there is more to the story than her aunt failed to reveal. Set against the backdrop of the civil rights and Black Power movements, readers can follow Eve’s journey to discover the truth about her familial roots. 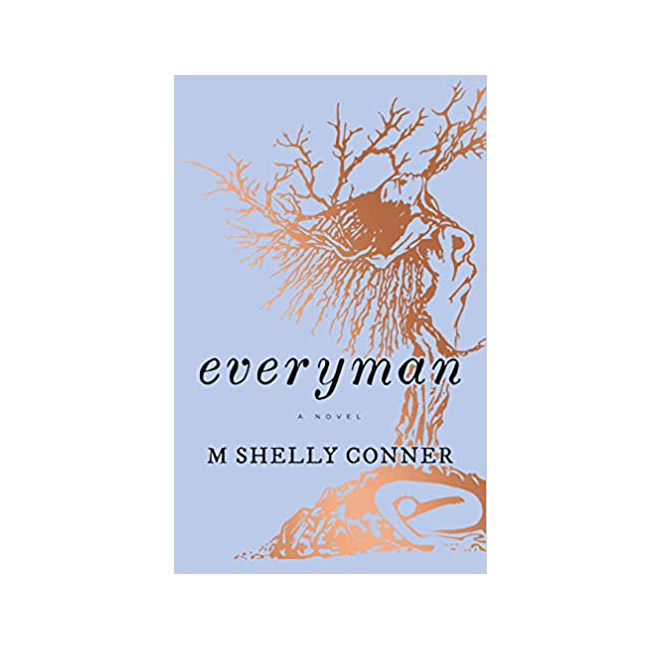 If you Love The Undoing…

The Undoing‘s Hugh Grant received an Emmy nom for his role as Jonathan Fraser, an oncologist who becomes the prime suspect in a murder case, leaving his wife (Nicole Kidman) to wonder what secrets he’s keeping and whether he did in fact commit the crime. Though the whodunnit was an HBO limited series, based on Jean Hanff Korelitz’s You Should Have Known — the series had also received an Emmy nom for production design for a narrative contemporary program — readers can follow another murder mystery that leaves a woman forced to question her own sister and brother-in-law. In Hilary Davidson’s Her Last Breath, Deirdre is grieving over her sister Caroline’s death but is shocked when she receives a message that Caroline sent days prior warning that her death would not be an accident. The message also warns that her husband Theo got away with killing his first wife. After confronting Theo, he reveals Caroline was having an affair leaving Deirdre left to uncover secrets Caroline could’ve been hiding and wonder whether there’s a killer in the family. 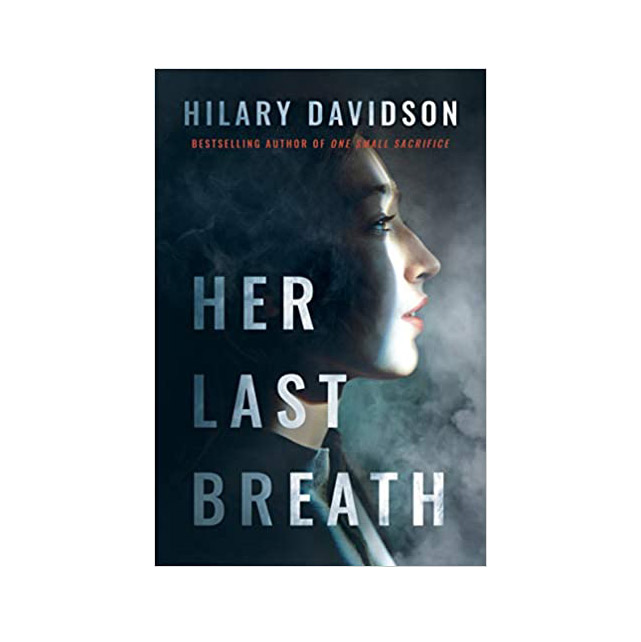 If You Love This is Us….

Book to Read: Write My Name Across the Sky by Barbara O’Neal (Lake Union Publishing)

NBC’s This is Us, nominated for six Emmys, chronicles the story of the Pearson family as they endure both highs and lows individually and as a family. Readers can find another heartfelt family story in Barbara O’Neal’s Write My Name Across the Sky. The author tells the story of Gloria, Willow and Sam, two generations of women who must reconcile family secrets and regrets from their past. While all dealing with their own traumas, the relationship among them could either be destroyed or bring them closer together. 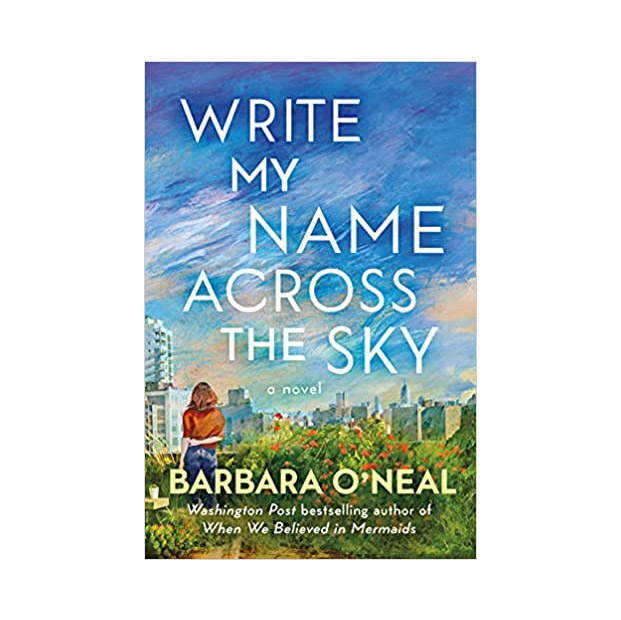 If You Love The Crown….

Book to Read: Diana: Her True Story—in Her Own Words by Andrew Morton (Pocket)

In season four of Netflix’s The Crown, which leads the race with 24 Emmy noms and four wins at the Creative Arts Emmys, viewers watched an intimate portrayal of Princess Diana as she joined the Royal Family. Though she was quick to become the subject of a myriad of books, Andrew Morton’s Diana: Her True Story—in Her Own Words, in which the late royal secretly told her account, became the most headline-making. After its 1992 publication, the revelations shared helped give insight into who Princess Diana was as she opened up about her marriage to Prince Charles, her life inside the House of Windsor, her fears and more. 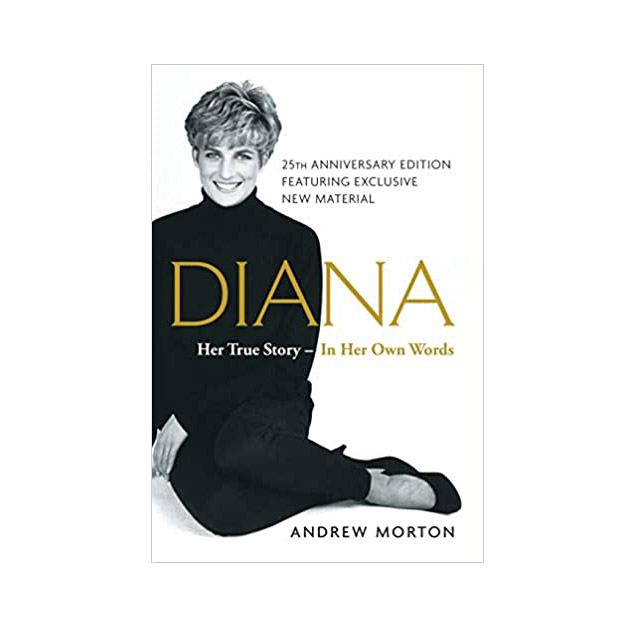 If You Love Bridgerton…

Book to Read: Bringing Down the Duke by Evie Dunmore (Berkley)

The Netflix period drama from creator Chris Van Dusen and producer Shonda Rhimes, based on author Julia Quinn’s The Duke and I, secured 12 Emmy nominations for this year’s ceremony (the series has won an Emmy for outstanding period and/or character hairstyling.) For readers hoping to fill the romance void until the second season — set to be based on the second book in Quinn’s series of novels, The Viscount Who Loved Me —  Ever Dunmore’s Bringing Down the Duke can offer another period love story. In the first of her A League of Extraordinary Women series, Dunmore centers on Annabelle Archer, an Oxford student determined to recruit influential men to support of the women’s suffrage movement. However she must not only convince the Duke of Montgomery who stands against her but also fight the powerful attraction to him. 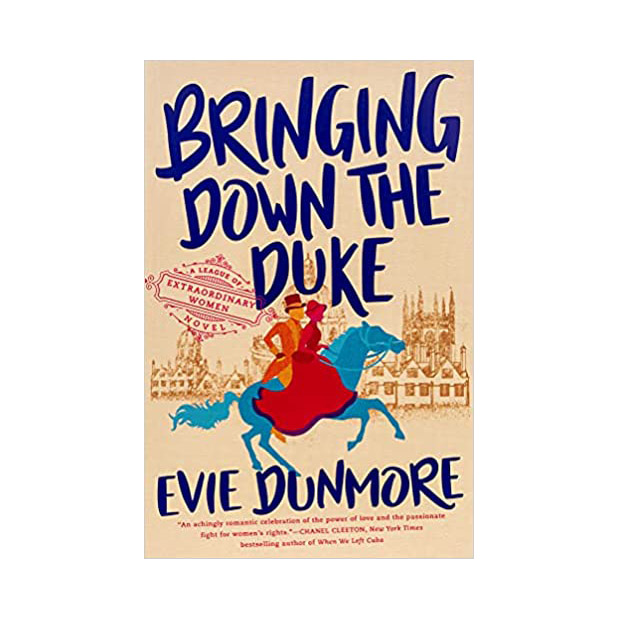 'Bringing Down the Duke' by Evie Dunmore $14
Buy now

If You Love The Flight Attendant….

Book to Read: Just One Look by Lindsay Cameron (Ballantine)

In The Flight Attendant, adapted from Chris Bohjalian’s novel of the same name and nominated for nine Emmy awards — the series won an Emmy for original main title theme music at the Creative Arts Emmys —  flight attendant Cassie (Kaley Cuoco) finds herself in the middle of a murder mystery after a night of partying and blacking out, finds the passenger she hooked up slain in their hotel room. Though failing to remember the events and fearing she committed the murder herself, Cassie sets out to learn more about the man she realized she knew nothing about and piece together what really happened unaware of the lurking danger. The comic dark mystery has been picked up for a second season but as readers wait for the series’ return, author Lindsay Cameron offers a similar suspenseful novel in Just One Look. The story is centered on a young woman also named Cassie, whose life takes a turn after falling down the corporate ladder and forced to take a temp job reviewing correspondence for a fraud suit. After accidentally seeing an email exchange between her new boss and his wife, Cassie soon grows obsessed with dissecting the emails and their relationship, leaving readers to follow along her dangerous path. 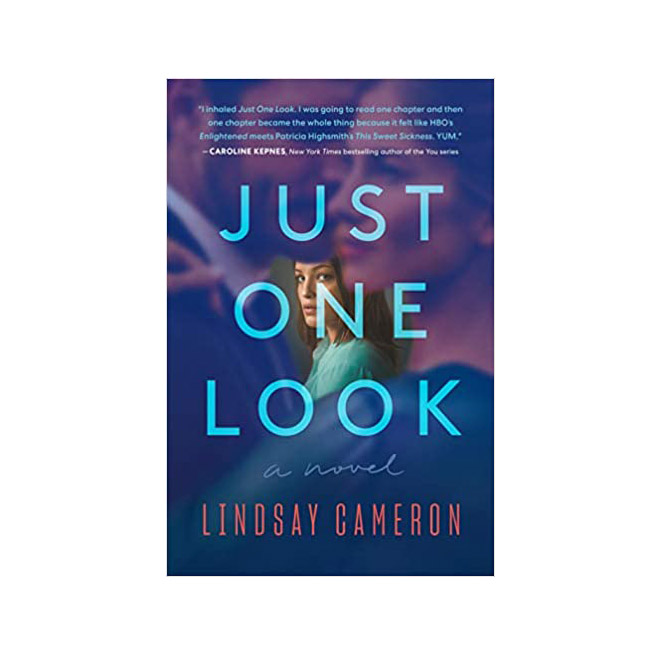 If You Love Emily in Paris….

In Netflix’s romantic comedy series Emily in Paris, which earned two Emmy noms, viewers got to watch Lily Collins’ Emily, a junior marketing executive who travels to work alongside new colleagues at a French firm operating in the world of luxury. Emily’s new life in Paris quickly proves to be a time for both work and play as she also finds a connection with her chef neighbor. Kisses & Croissants offers another adventure in Paris, only this time with the character Mia Jenrow, an aspiring professional ballerina. As she spends a summer in France to pursue her dream, she must confront some hiccups along the way including a competing rival, her strict ballet instructor and a potential summer romance. 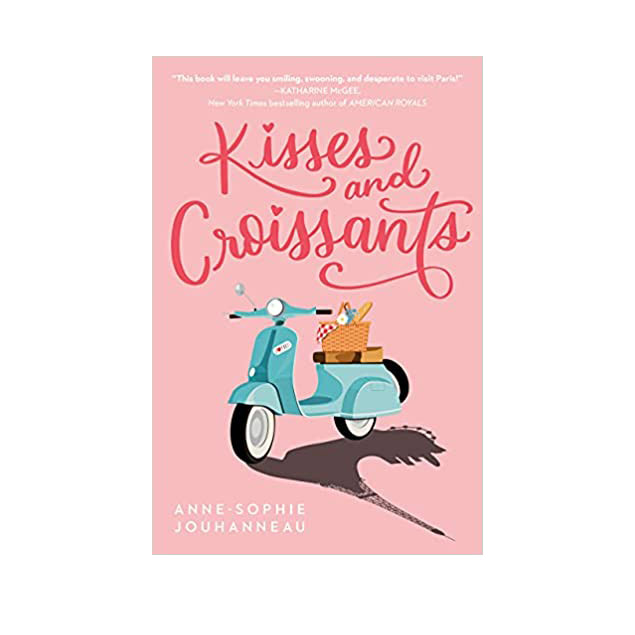 Book to Read: Excuse Me While I Ugly Cry by Joya Goffney (Harperteen)

In Hulu’s PEN15, which earned three Emmy noms including for comedy series, Maya Erskine and Anna Konkle portray versions of themselves as teenage outcasts. Readers hoping for another fun teen story can find comfort in Joya Goffney’s Excuse Me While I Ugly Cry. The coming-of-age story centers on Quinn, a teen who enthusiastically writes everything into lists from the boys she’d like to kiss to her worst fears. However, when her journal goes missing and one of her lists is shared on social media for everyone to see, Quinn must confront the insecurities she’s been afraid to face and even find love in the process. 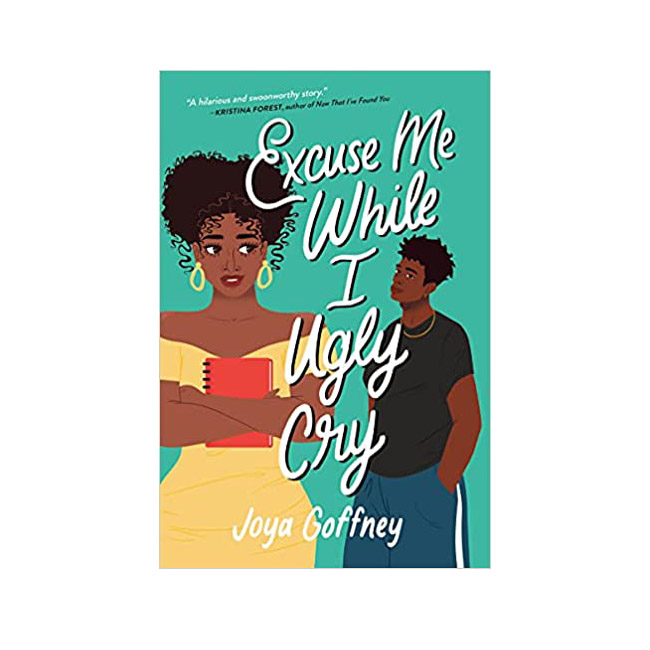 If You Love The Handmaid’s Tale…

Book to Read: The Testaments by Margaret Atwood (Anchor)

Any fan of Hulu’s The Handmaid’s Tale, which received 21 Emmy noms, doesn’t have to look further to continue the story of Gilead. In Margaret Atwood’s The Testaments, the author offers a long-anticipated sequel to The Handmaid’s Tale 15 years after the original ending. In The Testaments, the author answers lingering questions and details what happened to the story’s handmaid protagonist. Prior to the book hitting shelves, MGM and Hulu announced that they will also develop The Testaments for the screen as “an important extension” to showrunner Bruce Miller’s Emmy-winning drama starring Elisabeth Moss. 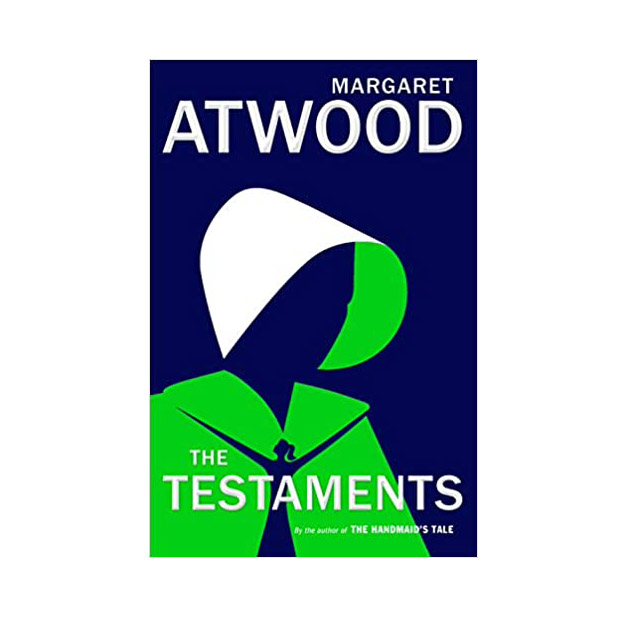 If You Love Shrill….

In Hulu’s Shrill, based on Lindy West’s book Shrill: Notes from a Loud Woman, viewers get to follow Annie (nominee Aidy Bryant), a young writer navigating dating, work and family in Portland. In Mona at Sea, Elizabeth Gonzalez James introduces Mona Mireles, a perfectionist at the top of her class and confident in herself and her career. But things take a turn as Mona soon find herself unemployed, living with her parents, and struggling when it comes to love. As Mona navigates the complexities of her adult relationships, unemployment and more, she searches for a new life meaning and herself. 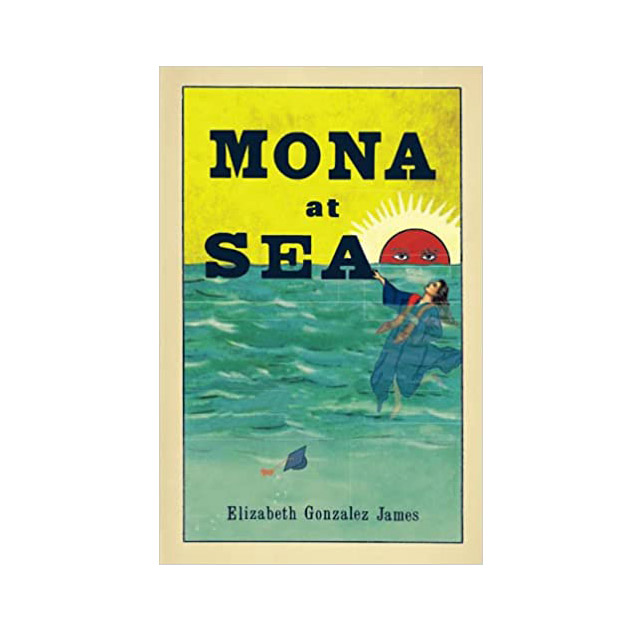