Take a look at the cover to Just the Funny Parts…and a Few Hard Truths About Sneaking Into the Hollywood Boys’ Club, the new book from TV writer Nell Scovell, whose credits run from Newhart and Late Night With David Letterman to The Muppets and Warehouse 13.

Scovell also collaborated with Sheryl Sandberg on her best-selling 2013 book Lean In. Sandberg is returning the favor by penning the intro to Just the Funny Parts.

The book is pitched as a combination memoir, writer’s handbook and workplace survival story, or as “if Bossypants and Lean In got drunk and hooked up — consensually, of course — their sloppy sex love child would be Nell Scovell’s Just the Funny Parts.”

Knives Out For Netflix's Ad Plans: TV Rivals Pile On At Upfronts

In a statement, Scovell noted that she’s been outspoken on sexual harassment since 2009, when she opened up about her experience as a writer on Late Night With David Letterman. “I’ve been speaking out about harassment and gender disparity for years,” Scovell said. “It’s nice to have company these days.”

Scovell has recruited quite a list of Hollywood friends to praise the book, including George Lucas (“She bravely confronts some uncomfortable truths and somehow keeps you laughing the whole way through.”), John Oliver (“This clear-eyed account of 30 years in a profoundly flawed industry is the funniest, most unflinching book I’ve read in a long time.”) and Samantha Bee (“This book is just as amazing as I would expect. I particularly liked page 220.”).

Also fun trivia: The cover was designed by Alexander Isley, who has known Scovell since the 1980s when he was the art director at Spy Magazine and she was first staff writer hired at the publication. (And let’s be honest, Spy was the funniest magazine of the ‘80s and ‘90s and most of the people who worked there were insanely talented.) 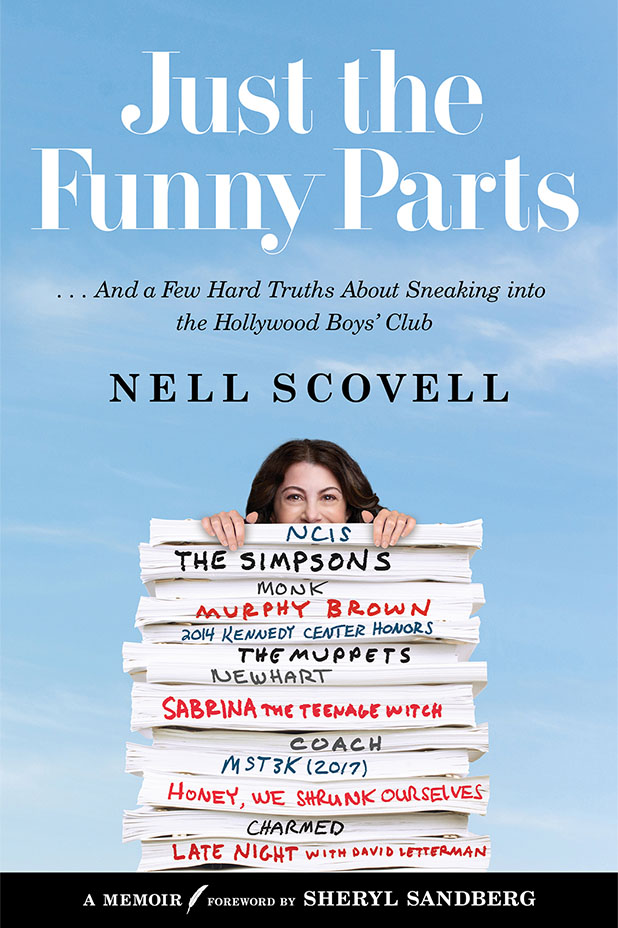