Reunited and it’s so nice.

A big chunk of Mad Men-ers turned out at Taschen’s Beverly Hills store for the launch of the glossy coffee table book Mad Men. Showing up to support series creator Matthew Weiner, who oversaw the book with Taschen’s staff of editors and designers, were Jon Hamm, January Jones, Kiernan Shipka, Jessica Pare and others, making it the largest public gathering of the show’s alumni since it went off the air in May 2015.

Weiner was excited for the mini-reunion. He told THR that he doesn’t get to see everyone from the show as much as he would like. “We’ve all sort of kept in touch. I mean this is one of the first events that we’ll all be together since for a while. Everyone’s working, everybody’s all over the place, half the people don’t even live here, you know, we have dinner occasionally, we socialize, we text. But the rest of it, is kind of you know …”

But he admited there’s one exception. “Because we live sort of near each other, and I have children her age, I bump into Kiernan more than anybody. I’m literally like, can you get me a table at this restaurant. And it is a reunion that fills him with pride as he marveled at her taste in everything from food to fashion (joking that is how he gets his dinner reservations). “ I don’t want to be patronizing, but I have four sons — I have no daughters — so I take a little bit of pride in what happens to her and what she does.”

About the book, Weiner told THR that he and the Taschen team had been working on the project since “somewhere between season two and three.” The famously hands on Weiner admits that he mostly left the work to Taschen. “Despite my reputation for being so controlling, seriously, I don’t know how to make a book. I am a consumer of books, I’m a consumer of art books and coffee table books, but I just let them tell me what to do and do what they wanted to do because I wanted this to be a different experience.”

A third special $850 limited edition (just 500 copies, each signed by Weiner himself) includes a second slipcase that houses every script from the show’s seven seasons (in seven volumes, one for each season) and it also comes with a print of the season six promo art signed by the artist Brian Sanders.

“Any book you see out there that’s not this book was not done by us,” Weiner said. I didn’t want it to be some flimsy paperback joke book, you know, like crazy hats from Mad Men or something like that. I wanted it to be treated the way Benedikt [Taschen] treats these things, which is like a piece of art.” 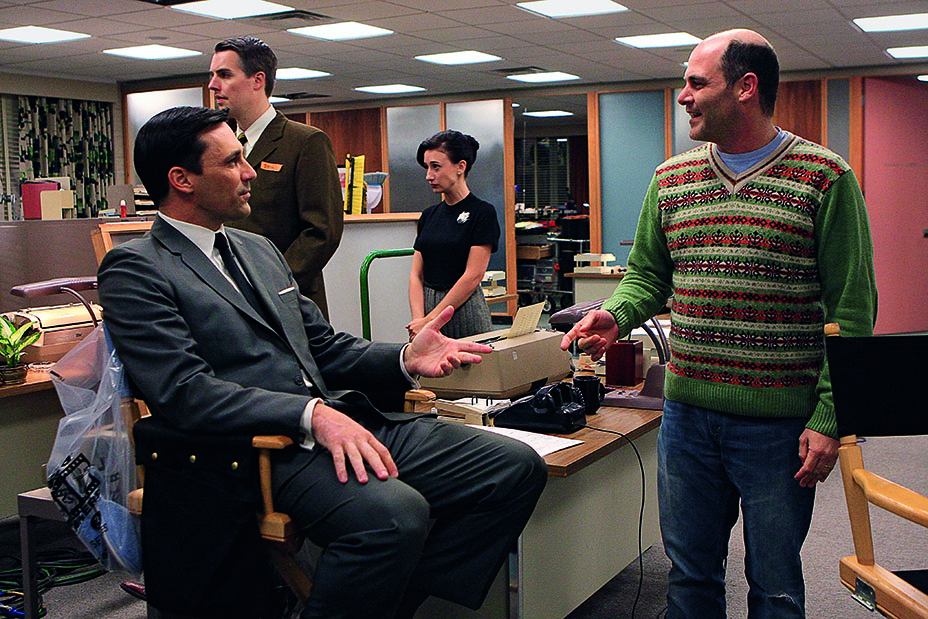