Rose McGowan’s memoir has officially landed a release date and a book cover.

Brave, published by HarperOne, is described as McGowan’s “raw, honest, and poignant memoir/manifesto — a no-holds-barred, pull-no-punches account of the rise of a millennial icon, fearless activist, and unstoppable force for change who is determined to expose the truth about the entertainment industry, dismantle the concept of fame, shine a light on a multibillion-dollar business built on systemic misogyny, and empower people everywhere to wake up and be BRAVE.”

The publisher on Monday announced the book, which goes on sale Jan. 30 and is available for preorder, touting the novel as, among other things, “real as fuck.” The cover features McGowan, in the midst of shaving her head, with bold letters spelling out the title.

“Hello fellow human, pleased to meet you. My name is Rose McGowan and I am BRAVE. I want you to be too,” reads a quote from the actress and author. “My life, as you will read, has taken me from one cult to another, the biggest cult of all: Hollywood. Brave is the story of how I fought my way out of these cults and reclaimed my life. I want to help you do the same.” 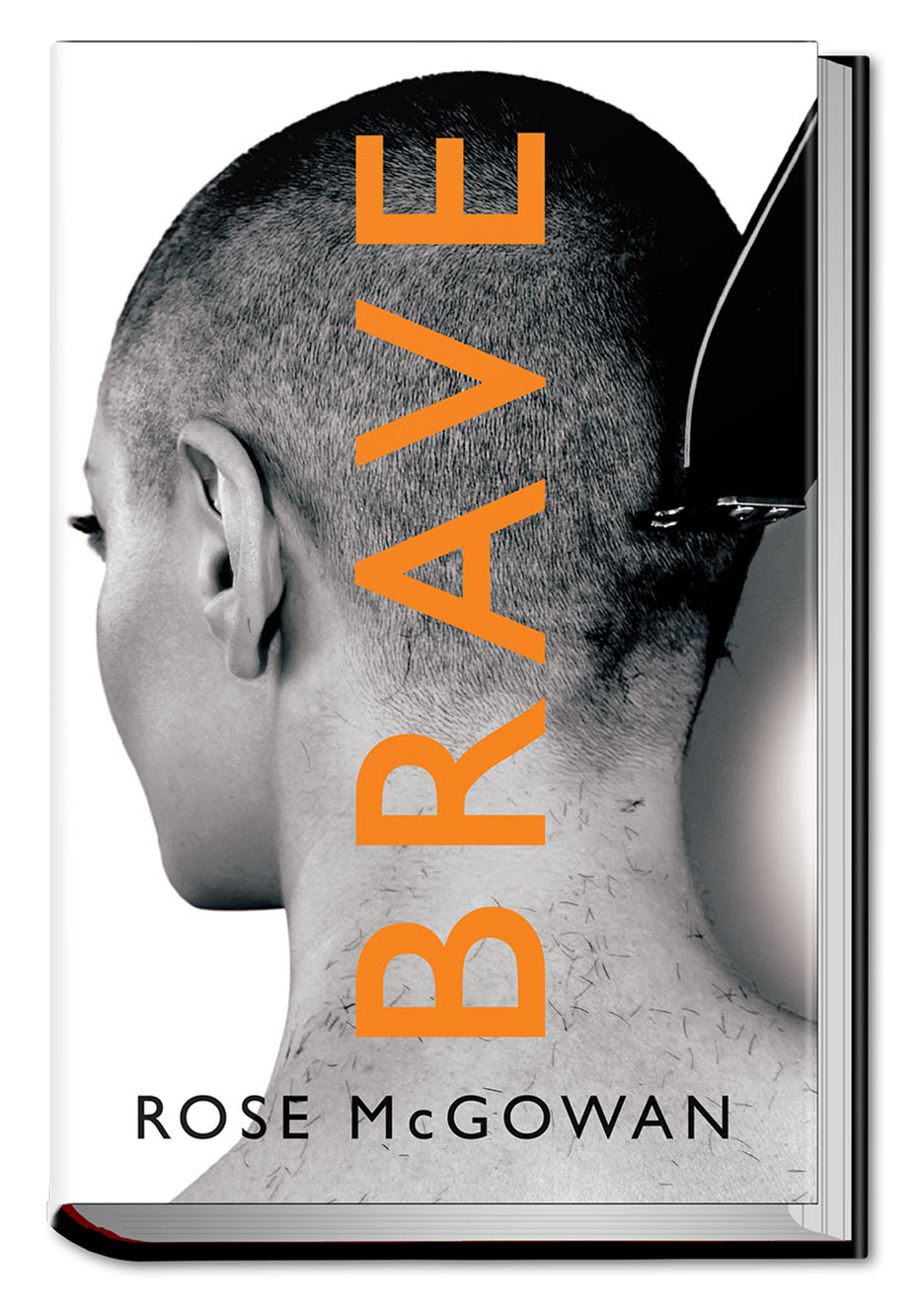 In the wake of the Harvey Weinstein sexual assault scandal, McGowan has emerged as an empowering female voice, spurring other victims to come forward with their stories and name their alleged attackers. It had been reported that McGowan would detail her experiences with Weinstein in the book.

In the New York Times‘ initial exposé on Weinstein, the paper reported that McGowan had reached a $100,000 settlement with the disgraced Hollywood mogul after a 1997 hotel room encounter during the Sundance Film Festival. Though McGowan had previously revealed she was a rape survivor and that her assault was perpetrated by a powerful studio boss, she did not comment in the Oct. 5 story.

It wasn’t until the Times and subsequent New Yorker stories spurred an onslaught of additional allegations against Weinstein that McGowan tweeted about her alleged attacker, later confirming to The Hollywood Reporter that Weinstein is the Hollywood studio executive she says raped her. (Weinstein unequivocally denies any allegations of nonconsensual sex.)

Shortly after, McGowan made her first public appearance since the news broke during the inaugural Women’s Convention in Detroit. In a defiant speech, she encouraged women to take their power back from harassers and introduced her Rose Army movement, which now has a website, by saying: “My name is Rose McGowan and I am brave and I am you.”

A later Times report had detailed that, during her research process for the memoir, McGowan was offered a significant sum of money in exchange for her silence. After learning over the summer that her settlement with Weinstein did not include a confidentiality clause, the actress and her lawyer told the Times that McGowan was offered $1 million by someone close to Weinstein. McGowan said she considered the offer, which came in September shortly ahead of the Times exposé, due to financial needs, but ultimately turned it down.

Offering the first details of her Weinstein encounter, she told the Times she had an appointment with Weinstein during the 1997 Sundance film fest at the restaurant in his hotel, the Stein Eriksen Lodge in Park City. When she arrived, she says the maitre d’ directed her upstairs to Weinstein’s suite, past two male assistants who “wouldn’t look me in the eye” and into his room. After their brief business meeting, McGowan says Weinstein told her the room had a hot tub. “And then what happened, happened,” she said. “Suffice it to say a door opened and my life changed.”

Declining to share any further details of the incident, McGowan said she went straight to a press event where she fought back tears and told Ben Affleck and her then-manager, Jill Messick, what had happened. (McGowan had previously accused Affleck of knowing about Weinstein’s behavior on Twitter, something the actor has not commented on.)

The Times spoke to several people who knew McGowan at the time, detailing how the alleged experience impacted her moving forward, personally and professionally. Admitting that she still feels rage, McGowan told the reporter, “I’ll tell you what I don’t feel anymore. Despair.”

McGowan is repped by Brigade Marketing.