Armory Week, the vast collection of art fairs that overtakes New York City each March, is never a single thing. Even if its namesake event underwhelms on the whole (as it did this year), it would be difficult to spend a day among these hundreds of visiting gallerists without making some new discoveries and seeing favorite artists in a new light. As the week started in earnest on Wednesday, a dedicated art buff could find treasure among the familiar blue-chip art, even before venturing out to the wilds of NADA, The Independent, and other small spinoff events. Here are 10 highlights from the Armory Show, ADAA’s The Art Show and Volta, all continuing through the weekend: 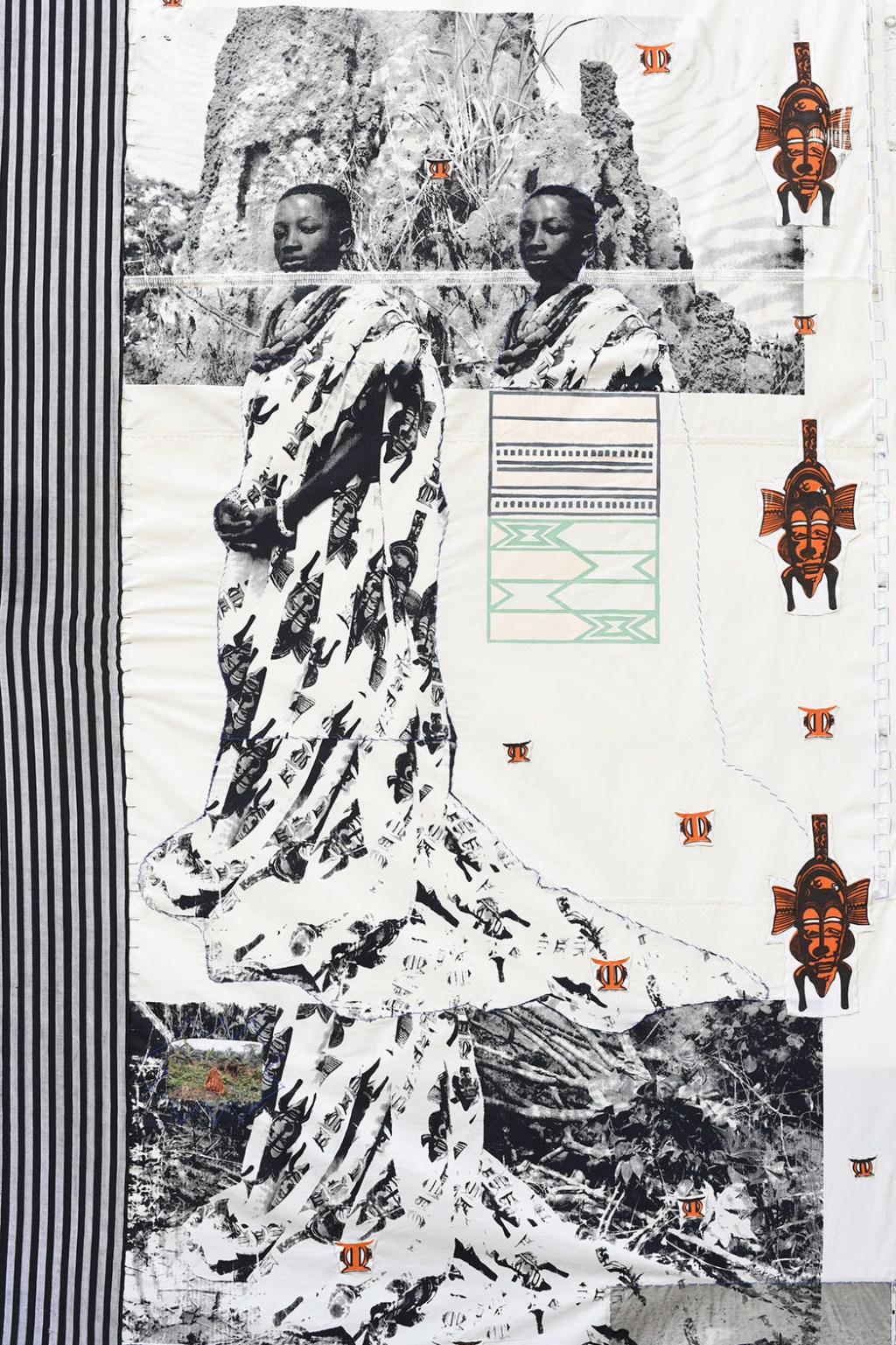 Opoku created one of the most attention-grabbing booths at the Armory with oversized textile works incorporating handed-down images of the father she doesn’t remember: The man, who returned to Ghana shortly after Opoku was born in Germany, was Asante royalty. Here, photos of him in traditional garb are screen-printed with intentional crudeness onto sheets whose details draw on traditional African textiles. In situ, the suspended pieces constituted their own tent-like rooms, inviting one to get lost in contemplation of third-hand family memories. 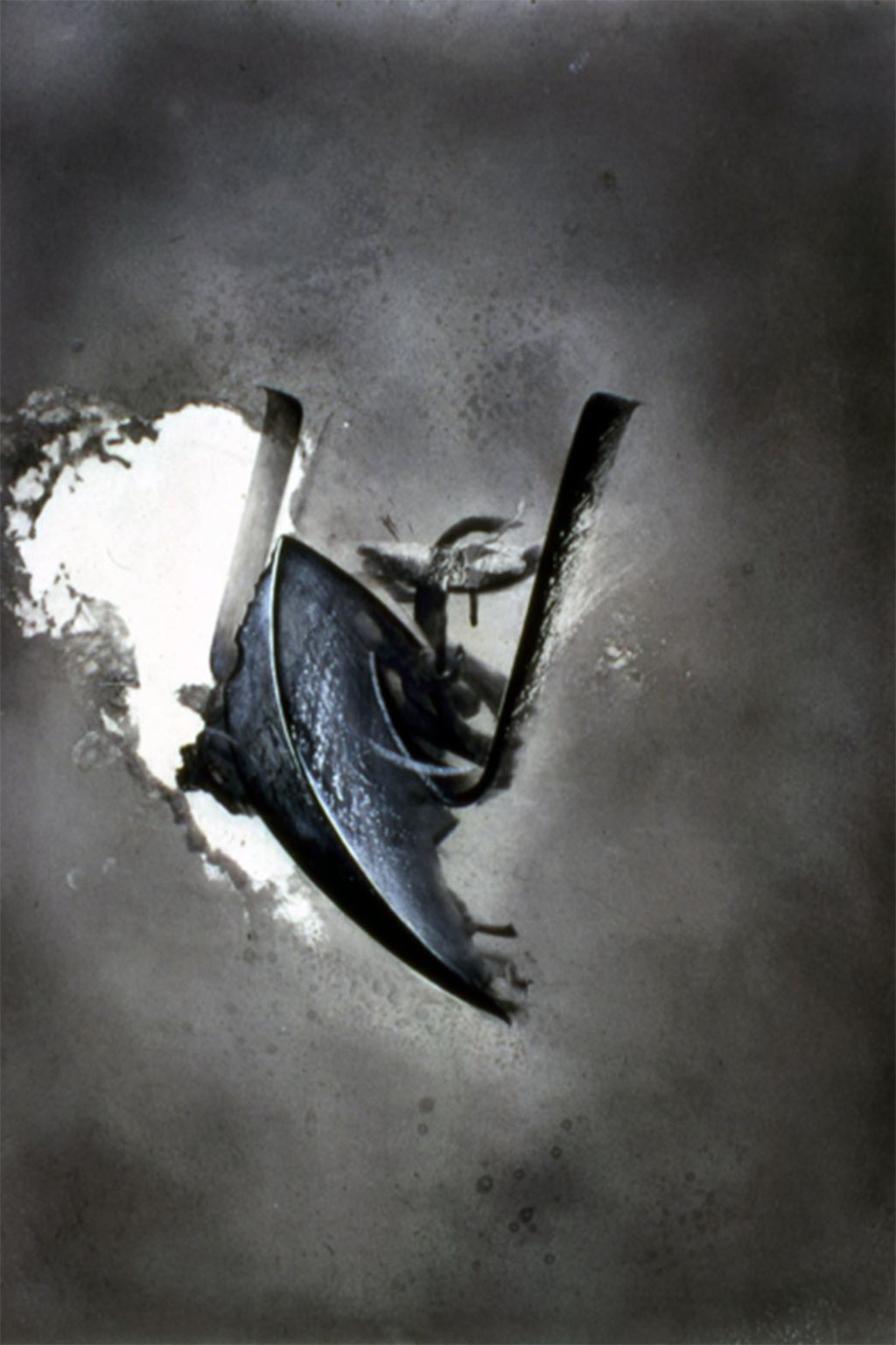 The most inspired pairing of two artists at the fair this year (the Bruce Conner / Tony Berlant two-fer at Kohn Gallery is a runner-up), this overstuffed booth found common ground between two women who worked on opposite sides of North America. The mostly-monochrome works on paper looked almost like they were crafted from a single abstract vocabulary of swoops, angles, and mysterious voids, even if Bontecou’s drawings occasionally found room for something as recognizable as a bird’s eye.

Why Hollywood Art Collectors Are Converting Garages Into Galleries 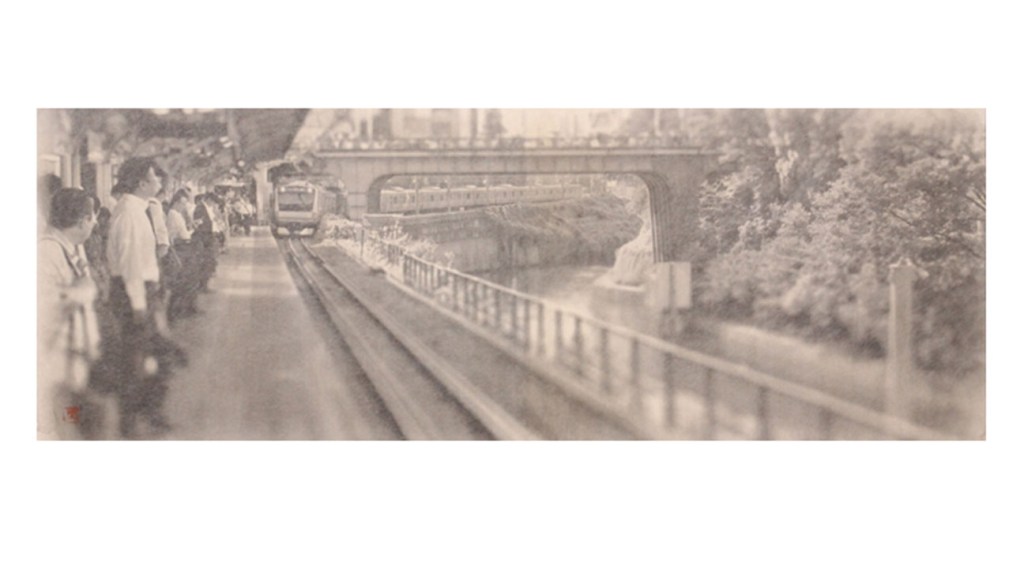 Despite an attention to detail that few humans could match, Yamaguchi manages to imbue his photorealistic paintings of Japanese city life and animals at rest with remarkable warmth. The effect is reportedly due to the artist’s use of multiple layers of translucent, tissue-thin paper, which allows his fine washes of ink to glow like a patinated antique photograph. 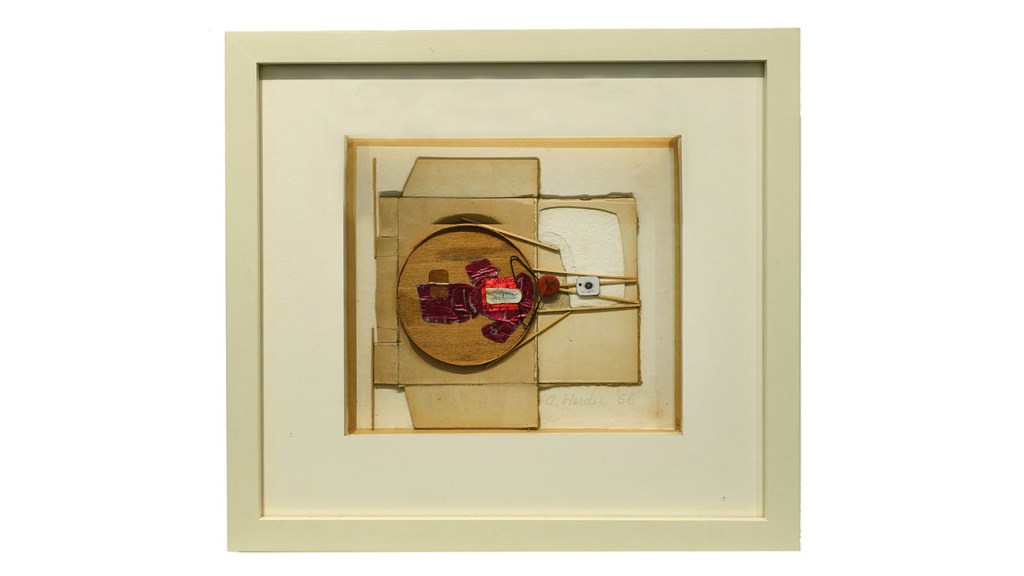 Three little-known artists who worked in New York’s midtown Sherwood Studios during the ‘50s and ‘60s prove simpatico despite employing quite different techniques: Dienes‘ large frottage pieces, incorporating images of manhole covers and the like, are iconically urban compared to Snead’s surreal-ish paintings and photocollages. Addie Herder steals the show, though, with rambunctious little mixed-media constructions she referred to as “machines.” 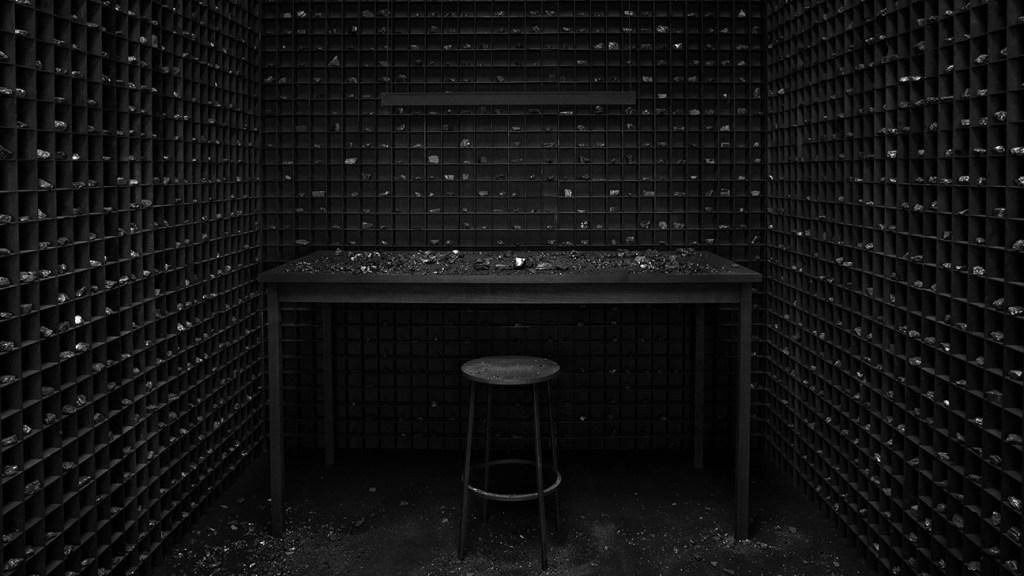 An enveloping installation whose absolute blackness is disturbed by a single overhead light, Levi van Veluw’s walk-in sculpture “The Monolith” was like a harsh response to Yayoi Kusama’s lights-and-mirrors “Infinity Room” boxes. Here, and in the smaller wall-mounted sculptures accompanying it, the artist gathers jagged pieces of coal as if he were sorting rare gemstones — perhaps imagining a new use for the substance now that its generations-old role in energy production has become a threat to the planet. 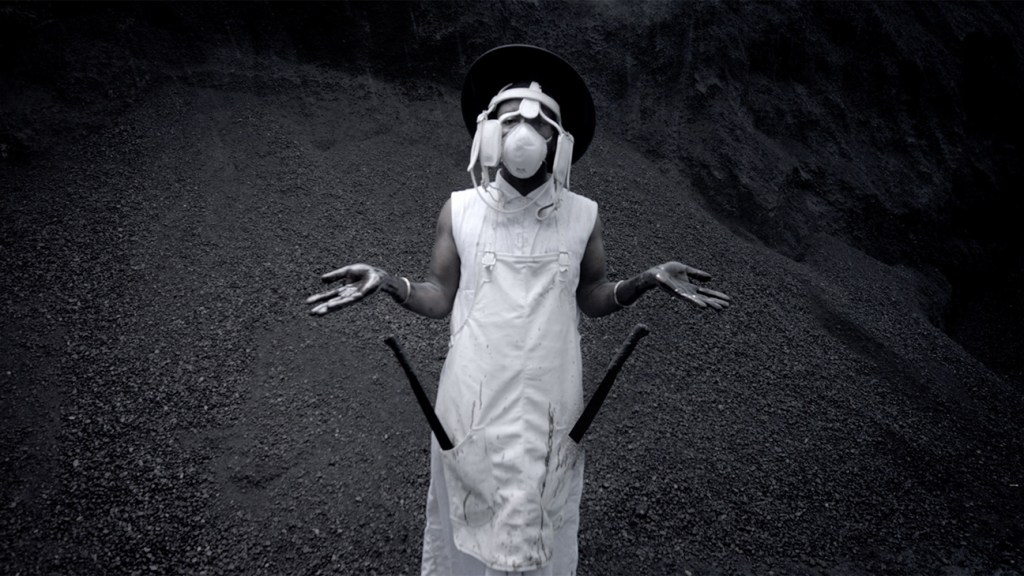 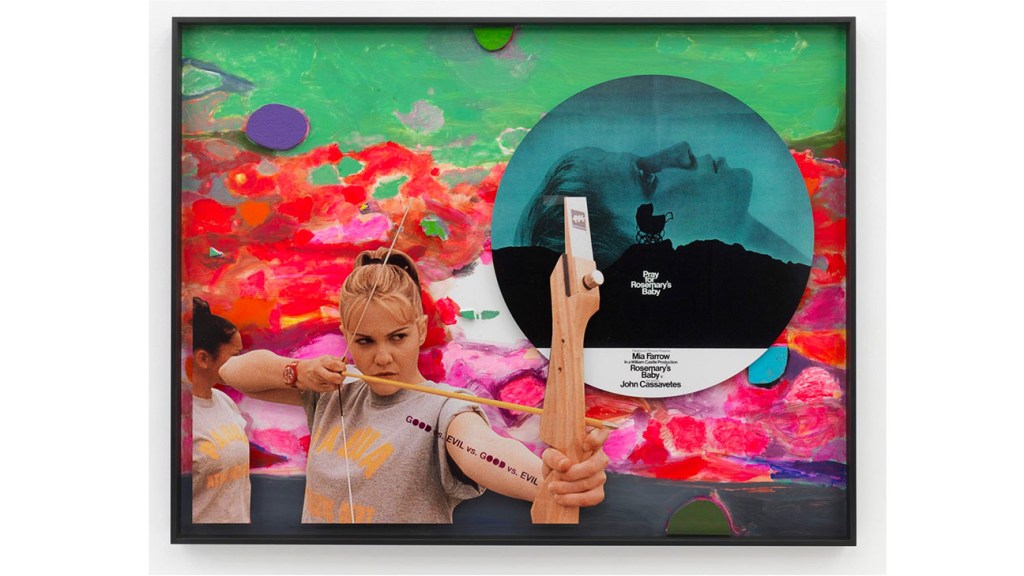 Contrary to what one might expect, the Armory Show was nearly devoid of political artwork — which was easier to find next door at Volta, with especially potent contributions by Henry Hussey and Deborah Roberts. But Düsseldorf’s Sies + Höke was a safe place for participants in the post-inauguration Women’s March, from the overt message of their Marcel Dzama painting (“TAKE NOTICE: The Revolution Will Be Female”) to the more complicated provocations of Lothar Hempel and Talia Chetrit. In this context even Claudia Wieser, whose elegant geometrical drawings were shown by at least two other galleries this week, seemed to have less-than-abstract things in mind, with two fractured-mirror sculptures that reflected everything but the person standing in front of them.

Is This Donald Trump's Most Hated Artist? 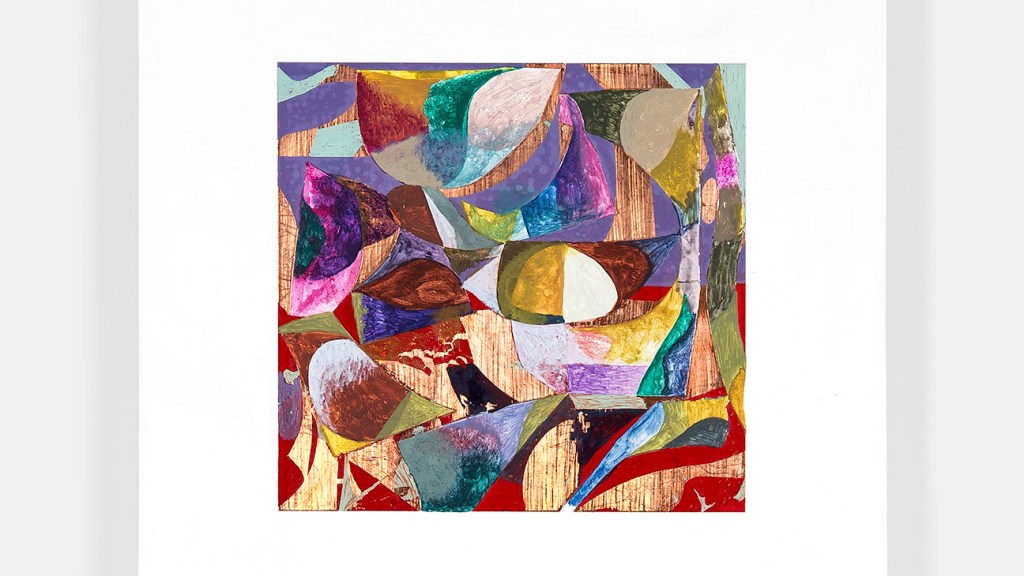 Visually dazzling but more technically involved than most eye candy, Scott Olson’s abstractions involve gilding, egg tempera, and ground marble. Often using tools of his own invention, he applies layer after layer and then scrapes them down, creating restless compositions that feel like jazz. 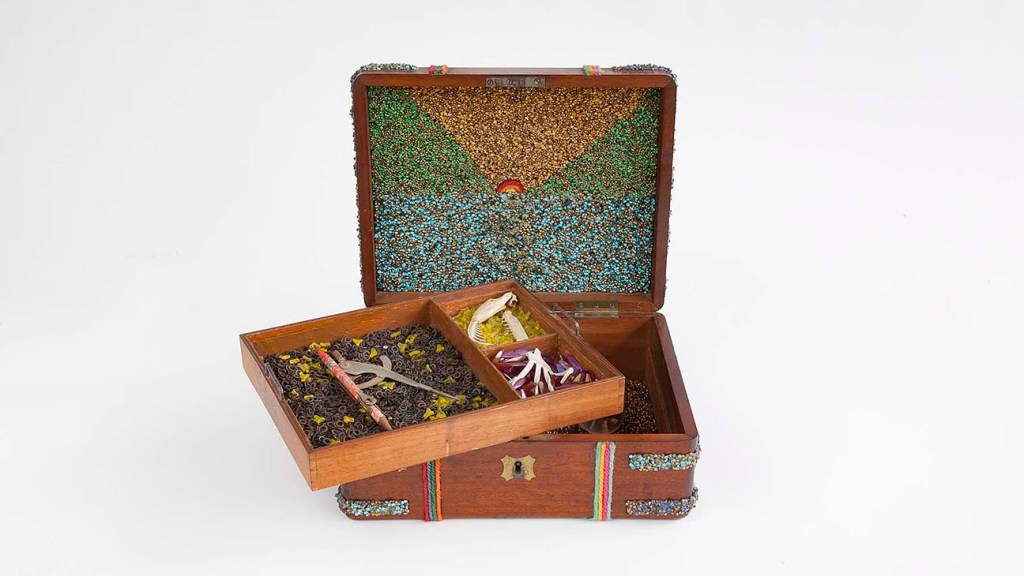 Plenty of dealers come to fairs with collections of ready-to-sell work by A-list artists; this group show at Michael Rosenfeld did that, but also offered some discoveries among the Rothkos and Nevelsons. Of special interest was a wall full of box assemblage pieces: Works by Joseph Cornell served as the draw, attracting attention to less famous artists like German-born New Yorker Hannelore Baron, and to a rare beaded suitcase by Lucas Samaras that was adorned with rainbow-colored yarn. 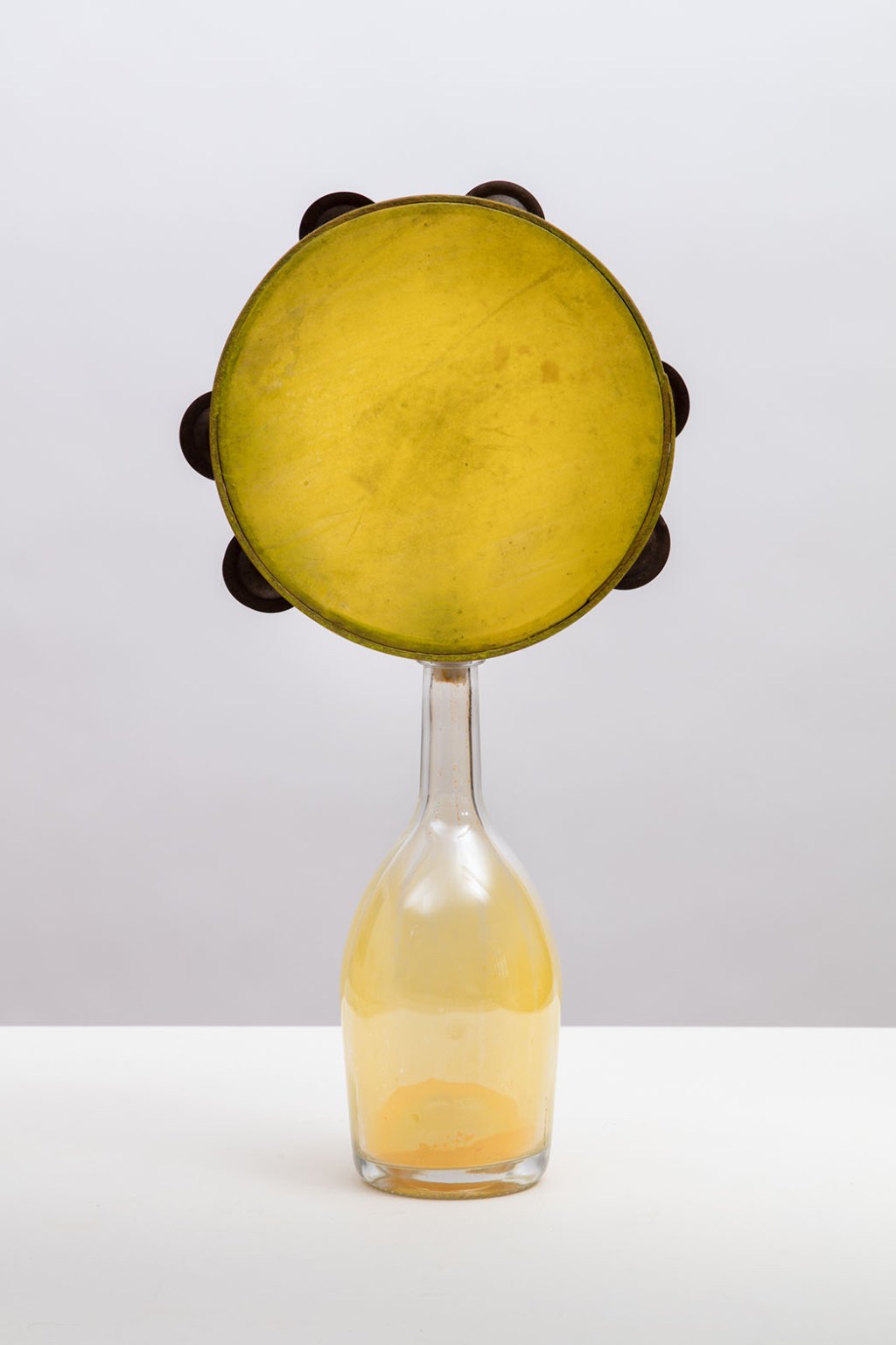 Brazil-born Londoner da Cunha, whose oversized sculptures have in the past incorporated things like industrial concrete mixers, showed for the first time a collection of “table objects” he likened to the Japanese flower-arrangements known as ikebana. Oddball pairings were the rule here — think flower pots encased in stockings — and if the pieces individually might have been underwhelming, as a group they looked like a rebus puzzle penned by someone wonderfully mad.

Why Hollywood Art Collectors Are Converting Garages Into Galleries