There was an older man who had reached a level of seniority where he did collections rather than read meters. One day he came into the office and said he’d just been to the Playboy Mansion. Apparently, they were more than a few months behind on paying their bill. The old guy had gone to the main entry gate near Sunset Boulevard where he spoke to someone through the intercom — the house is maybe 75 yards up a steeply curving driveway — and that person did not understand the message that the gas bill had to be paid now. Like, right now.

“I told them that if they didn’t get down here and pay the bill, I’d get a crew out here and they’ll dig a hole and shut off the line,” the old guy told me. He said he waited a few minutes and down the driveway comes Hefner himself, wearing pajamas and a bathrobe with a checkbook in his hand. Hefner is friendly to him; yells at his accompanying minions for being incompetent idiots and pays the bill. 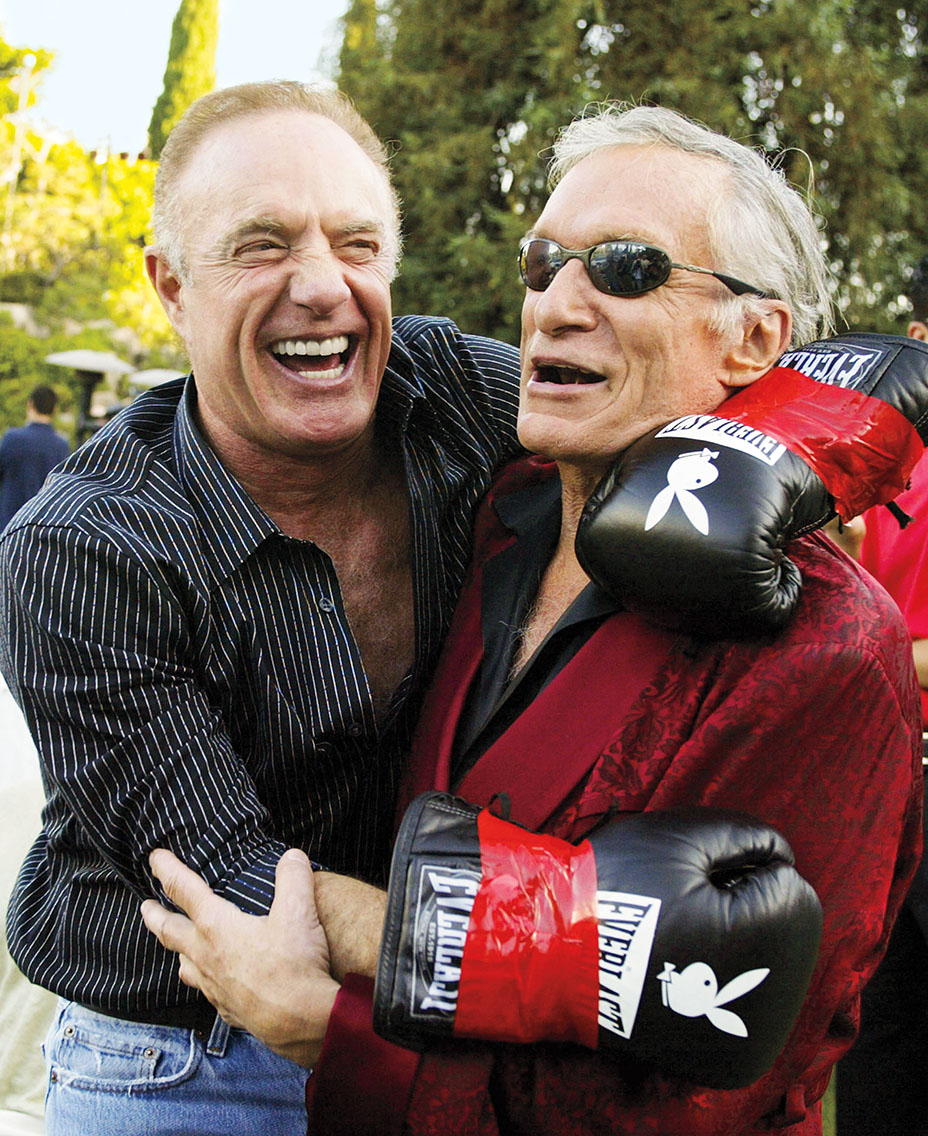 The impression this left on me was: “I wonder whether there are times when the Playboy empire has a cash-flow problem?” Did bills not get paid and were other sources of income sought? In later decades, after I’d foolishly given up my gas company job and began covering events for newspapers, I always got the feeling Hefner would turn to renting out his mansion when he needed some quick cash.

The first time I set foot on the Playboy Mansion’s grounds was in 1988. I was sent by the now-defunct Herald Examiner to cover a performance at the Music Center and an afterparty at the mansion for a visiting troupe of French ballerinas. I remember being really impressed by the house. It was the picture of East Coast covered-in-ivy formality. It looked like the building where the commanding admiral at Annapolis would have his residence.

At its imposing door, I learned the first rule of events held at the Playboy Mansion: You don’t get to go in the house. You’re shown around back to the pool. That’s where the reception happens. I guess if you’re Hugh Hefner, you don’t want a bunch of strangers trooping through the den looking for bunny memorabilia.

While waiting for the ballerinas to arrive, we were left to have drinks and wander the grounds. It’s odd, but what I remember most clearly was there being a chain still wrapped around a massive tree that had once been attached to a pet chimpanzee. I’d heard stories about the monkey and that a person had to be careful because he was a biter. It’s possible I felt some regret that I’d finally gotten to the mansion, and the chimp had already exited.

Also leaving a strong impression was the lavish landscaping that went down the hill toward Sunset. It was done in such a way that in the moonlight it seemed like the estate went on for miles. I was told that there were sophisticated sensors in the garden that would alert guards if someone tried scaling the fences. I heard a story that one UCLA fraternity’s initiation ritual had involved making it in and out of the mansion grounds unscathed by guards or monkey. 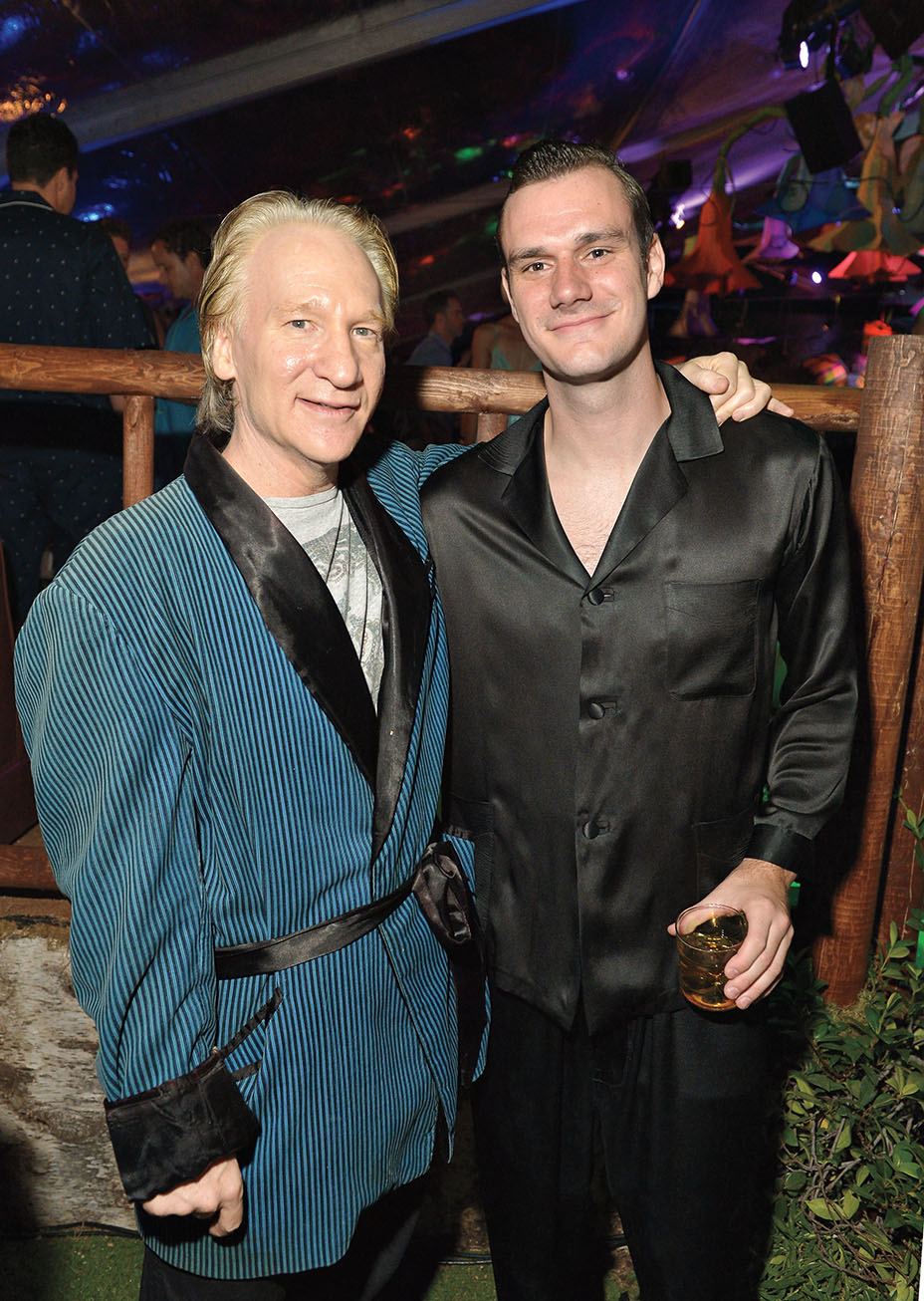 A classic arts patron crowd assembled near the pool. I didn’t see Hefner. There was a sense of playfulness about having a classy event like this at the mansion, but it was pretty sedate. This was the wealthy do-gooder/dance aficionado stratum of L.A. society.

I’d be back to the mansion a dozen times in the next few decades, but that’s the only time I saw anyone nude. 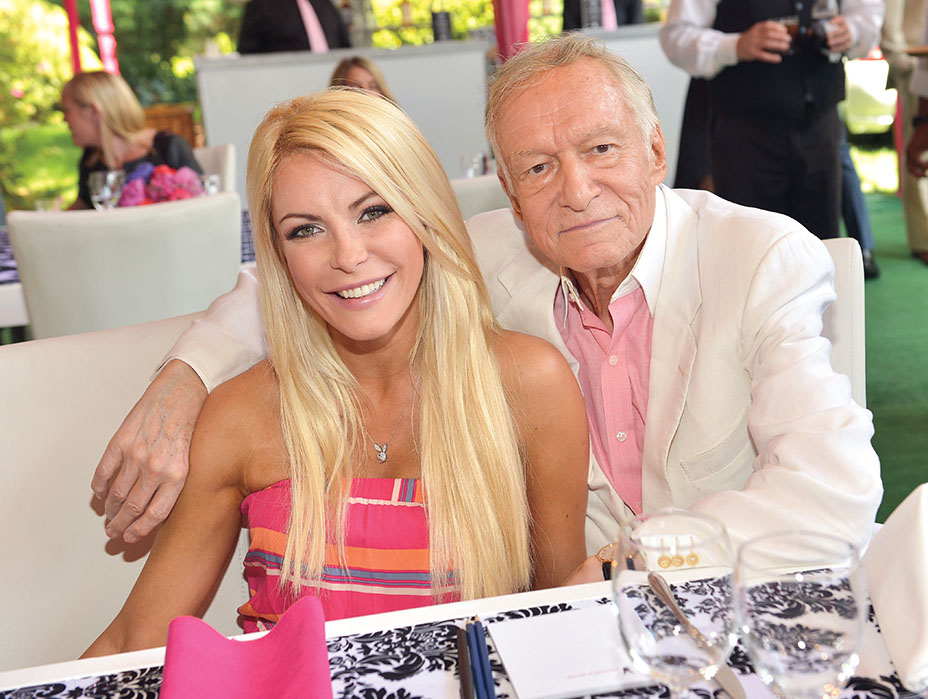 A typical rent-out of the mansion would involve a company that doesn’t care about its image with certain feminist sectors, say a skateboard manufacturer that’s branching out into clothing. Maybe they’re trying to stand out during L.A.’s Fashion Week, so the mansion makes sense as a party venue. It certainly sounds less boring than free pizza in a Beverly Hilton conference room. But if you’ve been to one corporate party at the mansion, you’ve been to them all. My impression was: If you used Hef’s mansion you also had to use Hef’s tent, caterer, valets and security. The grounds are a lovely setting, but the parties all looked the same.

One night that was slightly different was when Hefner had a party to announce Playboy’s Playmate of the Year. I think this was in the mid-’90s. Part of the evening included guests being taken in small groups to tour the grounds. This is the sole time I was inside the mansion and we only got as far as the entry hall/living room. It reminded of something out of Harry Potter. Nice, but a bit Hollywood-does-Oxford.

Again, like the monkey’s chain, it’s an odd detail I remember most. The woman who was escorting us (Bunny? Former Bunny? Non-Bunny?) brought us to the gardens across from the mansion’s front door. These are classic European rose gardens with paths. On one side there were some small buildings that are occasionally occupied. She showed us one really sterile small room that had a bed in it but almost nothing else. Then she casually mentioned that in the late 1960s Bill Cosby had lived in this room for a year. I’m not sure what that tells you about Cosby but it must be something.

Yet all this is in the mansion’s past. Since its new owner was able to afford the $100 million price tag, it’s doubtful he’ll be renting it out anytime soon for extra cash.