For one of Hollywood’s hottest stars, Amy Schumer had a bit of a rough summer. Her Comedy Central series Inside Amy Schumer suffered lower ratings and mixed reviews in its fourth season, and the 35-year-old comic canceled two book signings for her August memoir, The Girl With the Lower Back Tattoo, for which she snagged a $9 million advance, amid Inside writer Kurt Metzger coming under fire for a Facebook post mocking women who call out alleged rapists.

But new sales numbers for Schumer’s Girl and her still-unfolding comedy tour show strong business. She’s got the fourth most popular tour since 2015, and after her book spent three weeks at No. 1 on the New York Times best-seller list, publisher Gallery Books revealed sales have topped 300,000, in part due to “phenomenal” audiobook business (print sales are about 140,000). Schumer isn’t selling at Tina Fey numbers but is pacing ahead of Mindy Kaling’s first book (which was no slouch, spending a combined 121 weeks on  one of The New York Times‘ bestseller lists). As a point of comparison, Kaling’s Is Everyone Hanging out Without Me?, published in 2011, has gone on to sell more than 1.2 million print and ebook copies. If Schumer’s numbers follow Kaling’s trend, Gallery likely will break even.

Notes publisher Jen Bergstrom: “This is a book we expect to sell long past the holiday season. We could not be more pleased with the performance.” 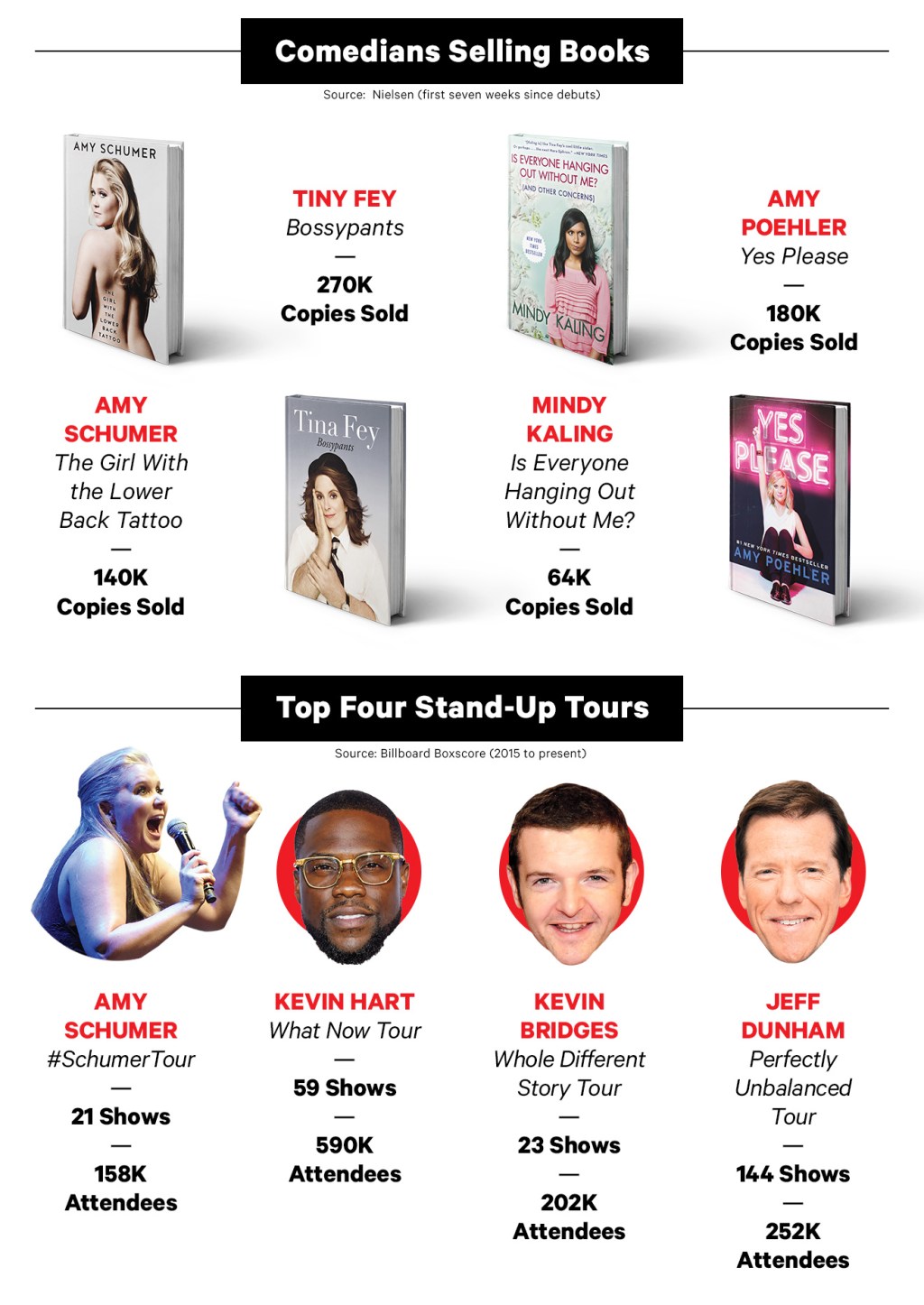 Update Oct. 20: The story was revised to use the sales-to-date for Mindy Kaling’s Is Everyone Hanging Out Without Me? as a reference point for potential sales of Amy Schumer’s book.