A celebrity photographer who is a celebrity herself, Annie Leibovitz, who chronicled the 1970s through her work with Rolling Stone and later provided indelible portraits of entertainment’s biggest names for the covers of Vanity Fair and Vogue, was feted last night at Hauser & Wirth, where her show Annie Leibovitz. The Early Years, 1970-1983: Archive Project No. 1 runs through April 14. VIPs from entertainment and the art world, including Demi Moore — whom Leibovitz photographed nude and pregnant for the cover of the August 1991 issue of Vanity Fair — turned out to honor the artist. 50 Shades of Grey director Sam Taylor-Johnson was on hand, as well as celebrated chef Wolfgang Puck. Fellow artists Larry Bell, Paul McCarthy and Diana Thater also raised a glass to Leibovitz. Mayor Eric Garcetti and his father, former mayor Gil Garcetti, joined them in a celebration that included dinner and a performance by Patti Smith, who is featured in the exhibit from a photo session in the late 1970s.

“All these people, and so many of them gone and all shot by one girl, one girl!” Smith plied the crowd as Leibovitz looked on. “They fill you with a sort of hopeful sorrow because so many of our people are gone. So this is for all the people, many of who you will see on the walls. Our friends, people we loved and admired, people who we pinned our hopes on but are gone. And we still remember them.”

“She was a poet, and she was special, and always so sensitive but tough, this weird combination of being this tough girl. And I could never take my eyes off of her,” Leibovitz tells The Hollywood Reporter of Smith, who performed an acoustic set for the crowd, including “Ghost Dance” and her classic “Because the Night.” “I remember her wandering the streets of New York and calling me up, up in my studio, and she came up. And she was in her leather jacket, and I said, ‘C’mere, lemme shoot you.’ And it became one of her album covers.”

Gil Garcetti, an amateur photographer, brought a photo Leibovitz took while covering the O.J. Simpson trial to have signed. “Annie has chronicled American history, and so much of it is L.A.,” his son, Eric Garcetti, explains. “So much of it is California, the creativity, the ferment that she was given this window on the world while she was a student here in California. People think just of the portraiture, but they forget what an amazing documentarian and journalist she was.”

Originally shown in 2017 at LUMA Foundation’s Parc Des Ateliers in Arles, France, the exhibit features more than 4,000 photographs laid out in stream-of-consciousness fashion, as if pinned to a studio wall. Highlights include the 1972 election, in which her images were paired with legendary gonzo journalist Hunter S. Thompson’s reporting that eventually became the seminal book Fear and Loathing in Las Vegas. Shots of Mick Jagger in his prime and Keith Richards doped up on the 1975 Rolling Stones tour were part of an assignment Leibovitz regards as a turning point.

“That was such a lesson for me as a young photographer, ’cause I was still throwing myself completely into something, giving yourself up completely in every way,” she recalls. “It’s not meant to glorify the Rolling Stones, it’s meant to explain that this is the moment where I realized I cannot always do that.”

Another benchmark, and perhaps her most famous portrait, is a shot of a nude John Lennon lying next to Yoko Ono clad in black, an image taken a mere five hours before he was shot to death in 1980. “I was supposed to go meet John and Yoko at the recording studio and I opted not to do it,” she recalls. “Then I got a call from [Rolling Stone co-founder and publisher] Jann Wenner saying someone matching John’s description was taken to the hospital, and I was just in shock.”

The lessons she took from her fieldwork were essential to the studio work that followed, though it took some adjusting to the absence of spontaneity and the rigors of a controlled environment. “Having an appointment with someone to take their picture was so intimidating. The first thing that happens is the subject says, ‘What do you want me to do?’ I’m like, ‘I don’t know. Go stand against the wall. I have no idea what you should do!'”

She’s reluctant to talk about photographing celebrities (a term she loathes), though she shared her thoughts on performers who started when they’re very young. “When I was working with people who were child actors, like Michael Jackson or Sammy Davis, Jr., their sense of reality is they were out in space. They weren’t on the ground. It’s a danger in the industry when you start as a child actor and don’t have a sense of a kind of reality. So I always had great empathy for that kind of situation.”

In the show’s final galleries, the work moves beyond the black-and-white candids taken in the field to the shots that most fans generally associate with her: theatrical studio shots of Steve Martin, Lily Tomlin, Bruce Springsteen and Meryl Streep, among others. “Meryl Streep cannot stand to have her picture taken. She just really wants to play her roles. She’s not interested in who she is outside the role. And I respect that so much. Vanessa Redgrave is very much like that. Daniel Day-Lewis seems very protective of his roles.”

Vanity Fair Lays Off 15 Staffers as Part of "Reshaping"

Key to her work and her life was her relationship with author and culture critic Susan Sontag. “When I met Susan, I just knocked my head against the wall, ’cause I said ‘This means I’m going to have to be better.’ I didn’t know if I had it in me to be better. I remember when I went into that relationship, I said, ‘Oh, my god,’ it was like choosing the work,” she recalls about the decades-long relationship that ended with Sontag’s death in 2004. “One of the frustrating things about meeting Susan, I really wanted to start a family in the late ’80s, early ’90s, and Susan didn’t want me to have children. When I had Sarah, the first one, she was in love with Sarah. She really, really loved Sarah. But then she died shortly after that. So she didn’t see too much of that.”

Leibovitz has been spotted photographing presidential candidate Beto O’Rourke at his Feb. 11 El Paso rally for an upcoming story she isn’t free to discuss. She enjoys the energy that comes with being in the press pool, as with Hillary Clinton during the 2016 campaign, and it’s reawakened in her an appreciation for publications like The New York Times, The Washington Post and, yes, a certain magazine that has made the grade.

“Hollywood Reporter is doing a fantastic job with their covers,” she offers, unprompted. “I’ve always been envious of the size. There’s been times I thought Vanity Fair should just give up, ’cause it’s so beautiful when you get that large, and you come out weekly. It demands that Vanity Fair get deeply into stories. I look at The Hollywood Reporter and I really love it. I think the photography’s fantastic.” 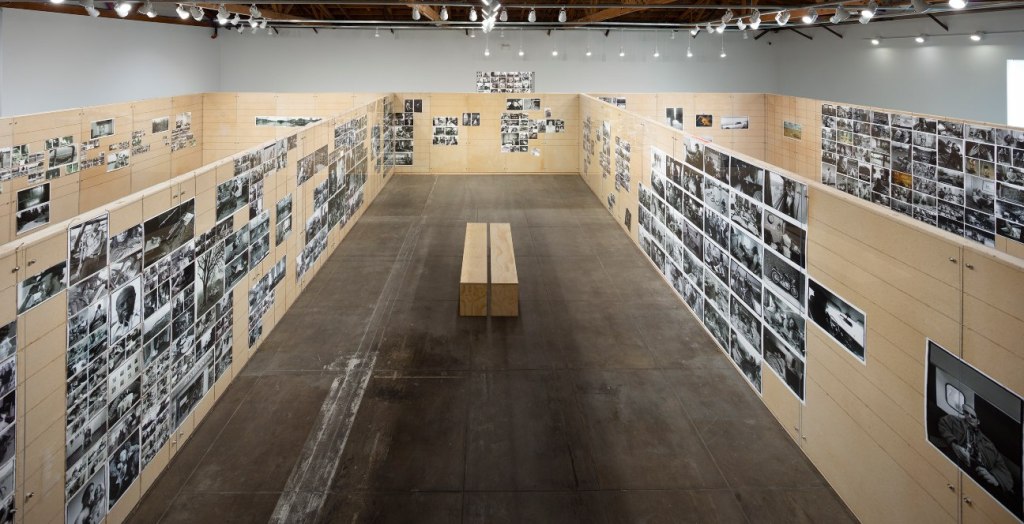