As news of chef and television personality Anthony Bourdain’s death spread Friday, many took to sharing The Hollywood Reporter’s 2017 portrait of the Parts Unknown host, which is currently the profile picture on Bourdain’s Twitter account.

Mobley was excited and nervous to meet the culinary master, since he and his wife had watched Bourdain’s No Reservations from season one onward (it was on the Travel Channel from 2005-2012), enjoying episodes on the plane ride to Paris about how to savor food and travel.

“Sometimes you don’t want to meet people that you admire, because they could be a let own,” Mobley tells THR. “When I met him, he was everything that you imagined him to be. He was Anthony Bourdain. There was no celebrity thing about it. There was no fakeness to how he was on TV. He was raw. He was filterless. He was totally himself.”

Mobley recalls that the shoot was quick; they shot five people in about two hours (“I remember he did have us laughing; he brought some joy to the shoot. It’s not goofy humor, it’s his sarcastic humor”).

But Mobley knew he wanted to capture a timeless photo.

“In terms of mood and feeling, I wanted to get something that felt like it had soul, because that’s what I felt he had. And that’s what I felt he appreciated in life,” Mobley says. “I wanted to get just a moment. I remember we were taking the portraits and he was looking at me and there was just that pause, where he was tapping his fingers and looked down and that’s the shot that I got. And I love it.”

Jennifer Sargent, THR’s photo editor-at-large, recalls that he was friendly as he met others on set. “He was very polite, but not outgoing. I think we were all a little intimidated and excited to meet him, but he was very professional,” Sargent tells THR. “He wasn’t like a loud ‘pay attention to me’ presence at all. He was just a person there to do their job.”

Mobley says he has been touched by the Bourdain tributes on social media and by “the power of the image to come back alive. The simplicity of it can really speak to a lot of people.” 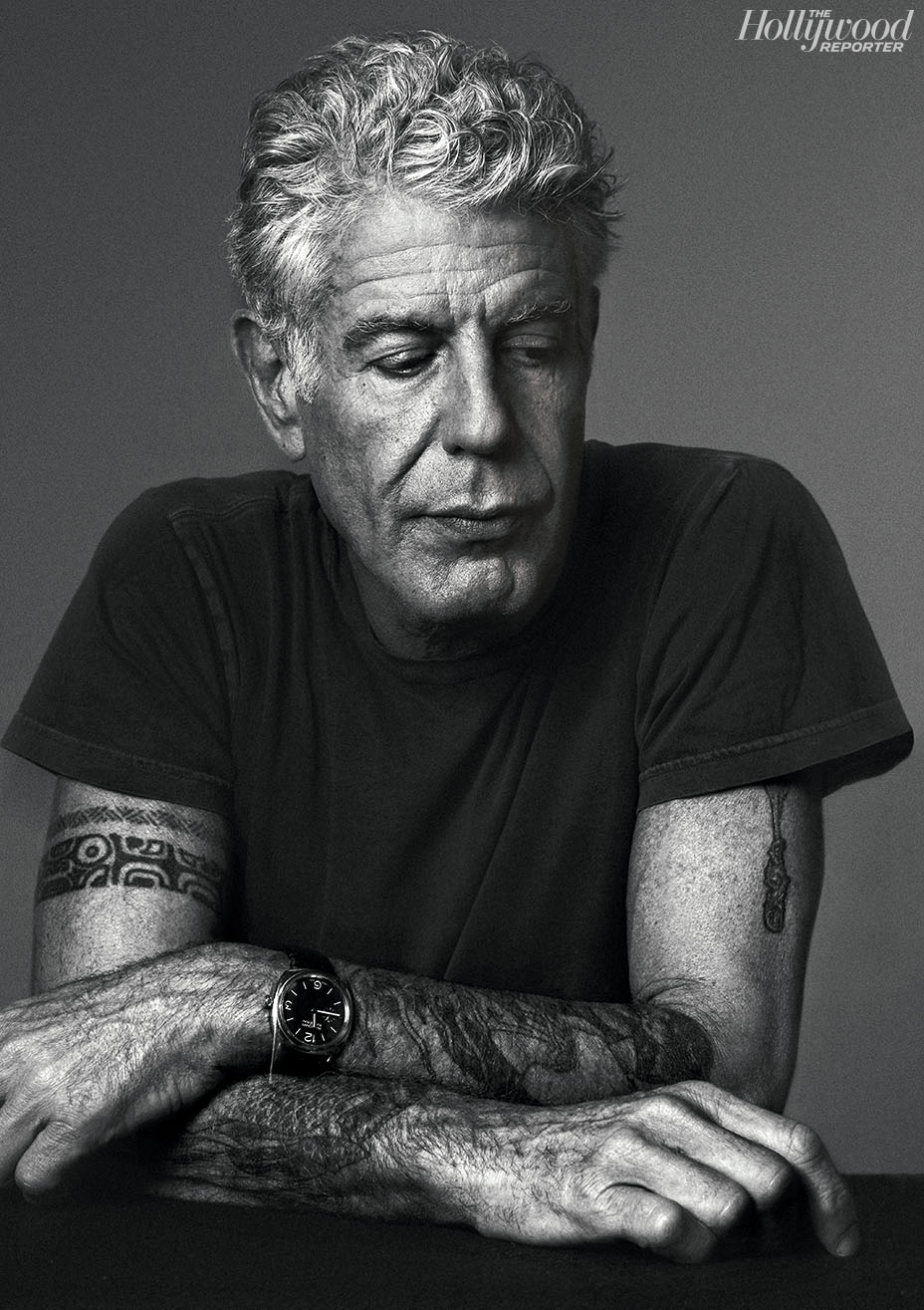