Sure, art stars like Chuck Close, Marilyn Minter and Vik Muniz were on hand May 2 for the preview day of Frieze New York, in which WME and IMG parent Endeavor owns a majority stake. But the well-heeled crowd of collectors rippled with excitement over an unusually high number of Hollywood insiders at the Randall’s Island event.

Perhaps that presages a successful rendezvous of the art world and showbiz when Frieze Los Angeles debuts early next year on the Paramount lot, where at least two previous art fairs have tried and failed to establish themselves.

Scarlett Johansson turned the most heads as she scouted L.A.’s David Kordansky gallery, which went all in with a solo presentation of Norway-born, L.A.- based Torbjorn Rodland’s cinematically tense photographs, priced between $14,000 and $28,000. (By the end of the first day, the gallery reportedly sold a half-dozen.) Also on site were multihyphenate creatives John Krasinski, Swizz Beatz (known to collect and paint) and Raf Simons. In the morning hours, Michael Bloomberg, still suited like a statesman and sporting a green-striped tie, stood with his elegant partner Diana Taylor by Gagosian’s grand booth in what seemed to be a receiving line of people.

Endeavor CEO Ari Emanuel set the tone. As collectors and their advisers were arriving by private car, ferry and bus to Randall’s Island for the most VIP hours in which to scout wares on view at the nearly 200 galleries, Emanuel acquired Emma Amos’ Seated Figure and Nude (1966) from Ryan Lee Gallery, based in New York’s Chelsea. The colorful, figurative oil painting was part of a solo presentation of work by the Atlanta-born, New York-based octogenarian, according to gallery co-founder Mary Ryan.

Through a spokesperson, Emanuel said of his purchase: “Amos’ work is both timely and timeless in its exploration of race, gender and identity. I have long been a fan of her work and am proud to add this piece to my collection.” His collection includes works by Mark Bradford (the L.A.-based artist who represented the United States at the Venice Biennale in 2017), Kara Walker, Os Gemeos and Christina Quarles.

Emanuel had headed out by the time Minnie Driver and her curator boyfriend Neville Wakefield, creative director of Desert X — the public land-art exhibition that debuted in 2017 across 45 miles in Coachella Valley and will return in 2019 — were seen peeking into gallerist David Zwirner’s expansive presentation. Matthew Slotover, co-founder of Frieze, chanced by, greeting the couple warmly.

Asked how the fair chose the Paramount lot for its first L.A. event, Slotover said, “We want to be in the middle of the city and for people who haven’t been to Paramount, it’s really exciting,” adding, “The most important thing in L.A. is the location.” Later, Bettina Korek, who was tapped earlier this year to run the L.A. edition of the Frieze, added that she hoped the choice of location would “symbolize these two worlds of [art and Hollywood] coming together.”

Paramount was also the chosen location for the French fair Paris Photo’s expansion to L.A., which fizzled out after three editions. But one East Coast art insider who’s professionally familiar with Frieze, FIAC (a beloved French fair whose planned L.A. debut never happened) and Paris Photo said privately that the two French fairs descended on Los Angeles with a certain level of “arrogance,” which Frieze will likely not do.

Indeed, Korek, who has a long background working in the arts in the region, trumpeted her street cred as a native Angeleno: “I grew up in the [San Fernando] Valley and my mom would take me to LACMA, and driving over the hill there was a big theme of my life.” She emphasized that Frieze will soon be announcing a host committee to guide the selection of the 60 galleries to participate in the inaugural L.A. fair. “The arts in L.A., have come to a tipping point with the opening of the Broad and the Marciano [Art] Foundation, now LACMA and the Hammer museum are going into expansions. … We’ve had  these moments when the city has come together to support these milestones, but now the city’s ready for an annual fair.” 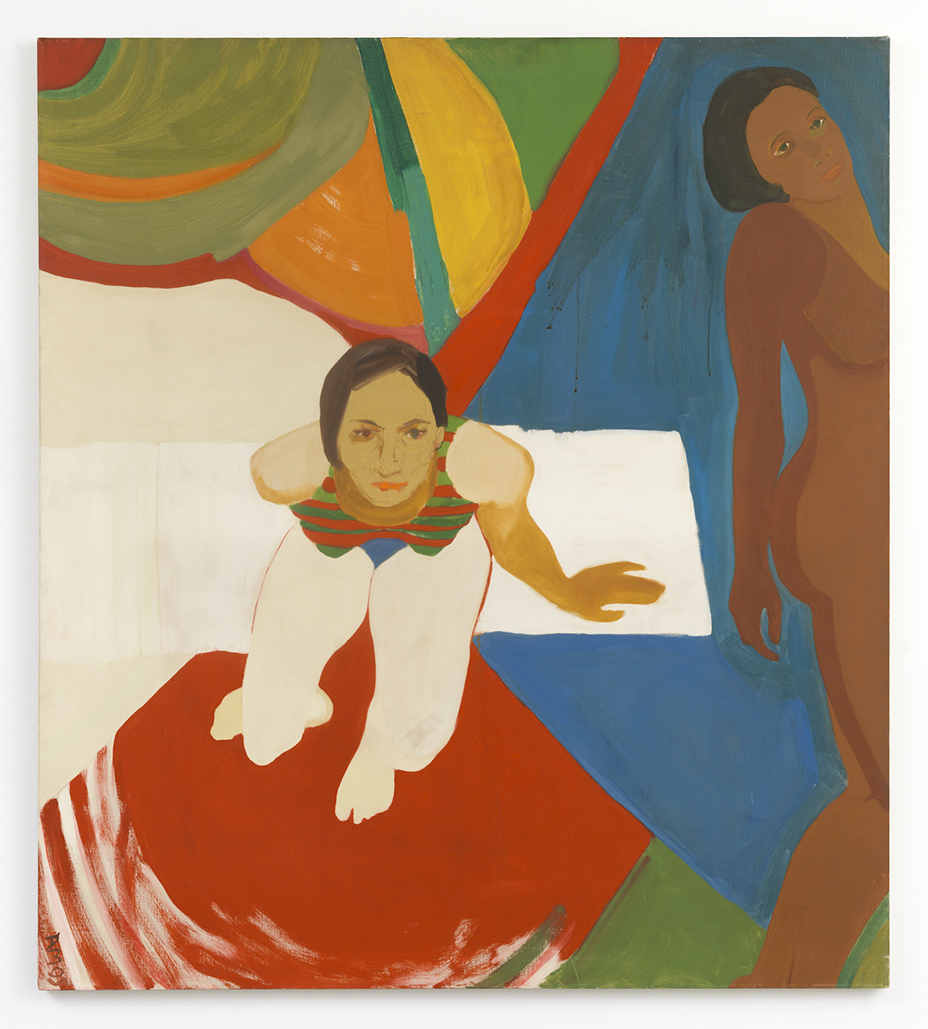 On Wednesday, a number of galleries both native to L.A. and not were already thinking ahead to the Paramount event. Through its locations in Hong Kong and Seoul, and its headquarters in New York, Lehmann Maupin Gallery already represents many esteemed L.A.-based artists — like Catherine Opie, Jennifer Steinkamp, Liza Lou, Mary Corse and Alex Prager. “We could be thrilled to be invited in the first group of exhibitors” for Frieze L.A., said co-founder Rachel Lehmann. Speaking of the gallery’s expansive international roster, she added, “Many of our artists don’t have West Coast exposure, so for us it’d be a fabulous opportunity to show in Los Angeles.”

In total, nearly 20 galleries with brick-and-mortar exhibition spaces in Los Angeles are represented on Randall’s Island, where Frieze will be open to the ticketed public Friday through Sunday. Hauser + Wirth, whose expansion to a museum-sized campus in downtown Los Angeles has become a major arts attraction, is hosting an homage to the 1980s with paintings and drawings by more than 20 artists engaged in artistic breakthroughs during that era. The centerpiece is Bruce Nauman’s sculpture “End Tunnel Folded Into Four Arms With Common Walls,” created in 1980 and priced at $8.5 million. The gallery even named its presentation — somewhat unusual for an art fair. The title is “Stop Making Sense,” after Jonathan Demme’s 1984 live concert film of the Talking Heads performance at Hollywood’s Pantages Theatre. (The band’s frontman, David Byrne, long affiliated with Pace Gallery for his own visual art projects, was among the Frieze VIP crowd as well.)

In the blue-chip section of the fair are L.A.’s Blum & Poe, Overduin & Co., Sprueth Magers, Susanne Vielmetter Los Angeles Projects and The Box. Kayne Griffin Corcoran offered presentations in both the main and Focus sections. Also in Focus, which typically includes newer galleries and artists, were Moran Moran, Parrasch Heijnen, Night Gallery and Francois Ghebaly. Joining Honor Fraser in the Spotlight section, in which each gallery presents a cohesive mini-show of one artist, were Various Small Fires (VSF) and Royale Projects. At Frame, geared to galleries younger than eight years, were Anat Ebgi, located south of the 10 Freeway near Kaiser Permanente, and Chateau Shatto in downtown L.A.