That the Walker actor might struggle a bit to express the seismic changes to Austin over the past year is perfectly understandable. The Texas capital has undergone a pandemic influx unlike anywhere else in the country thanks to a flood of invading tech companies (Samsung, Oracle) along with quarantine-exhausted, remote-working transplants from major cities seeking a lifestyle upgrade — including some notable actors who, like Padalecki (an Austin resident since 2010), suddenly decided that the Texas Hill Country was more alluring than the Hollywood Hills.

A Scrapped Matthew McConaughey Movie, and When a Studio Investigates Its Own Project

Elon Musk might have called it. The mogul — who is opening a Tesla gigafactory the size of 138 football fields just outside the Austin city limits — declared in February that the city is going “to be the biggest boomtown America has seen in 50 years.”

Natives counter that Austin has been booming to at least some degree since the 1990s, when Silicon Valley companies lured by lucrative tax incentives first began adding Austin offices, and the town began regularly topping “best city to live” lists. Add a plethora of festivals like South by Southwest (in which THR‘s parent company, P-MRC Holdings, took a 50 percent stake in April), which draws hundreds of thousands of people from around the globe each March, and even the Great Recession barely tapped the brakes on Austin’s rise. (Local joke: What’s the official bird of Austin? The crane!)

Yet even those accustomed to Austin’s growing pains have been stunned by the pandemic’s fallout, which rocketed housing prices by 43 percent in one year — the steepest climb of any major metro area in the country. Tales abound of home sellers being bombarded with all-cash offers the moment a property hits the market. During the first half of the year, 1,440 Austin-area houses sold for more than $100,000 over asking (versus 22 houses in the same period the previous year). “The market is so crazy — our house we bought in the fall is already worth so much more than we purchased it for,” says actor and L.A.-to-Austin transplant Becca Tobin (who wrote a guest column for this week’s THR titled “Why I left Hollywood for Austin”). “It’s like, ‘Do we turn around and sell this house again?’ “

One man, however, is not remotely surprised by any of this.

“I’ve been just waiting for the secret to get out,” drawls Oscar winner Matthew McConaughey, who’s evolved into an unofficial Austin brand ambassador (and, many hope, a Texas gubernatorial candidate challenging Republican incumbent Greg Abbott in 2022). “I’m excited for the growth. We’re not going back. We don’t have a landmark like Niagara Falls or Disney World or the Eiffel Tower. They’re all coming for the vibe — we’ve got people.”

Among the newcomers are Zachary Levi (who plans to build a studio on his property in nearby Bastrop), Scott Eastwood, Adrianne Palicki, Adrian Grenier and James Van Der Beek. “At the park in Beverly Hills near the house we just moved away from, you were not allowed to fly a KITE,” The Beek groused on Instagram as he moved his family to Texas in November. “Also not allowed at any park in Beverly Hills: Riding a bicycle, climbing a tree, learning anything from an instructor, using weights … when people ask why we’re moving our kids out of L.A., these are just some of the reasons.”

“More freedom” was also a motive oft-expressed by arguably the most influential newcomer: Joe Rogan, who shifted his massively popular Spotify podcast from L.A. and uses his platform to regularly evangelize Central Texas. “I have never felt more at home,” Rogan told his listeners in May, “I fucking love it here … It’s too good. You think you know what city life is and then you come here and it’s most of the good stuff and very little of the bad stuff. It’s a utopian-sized city with great values, really friendly people, amazing restaurants and a great art scene.” (Now, if only he could start saying “Franklin Barbecue,” not “Franklin’s.”)

Rogan’s pied piper call has drawn other comics to town (including Tony Hinchcliffe and Tom Segura) and he’s announced plans to open a comedy club near Austin’s posh Westlake suburb. But to hear Rogan tell it, Austin’s entertainment industry future goes well beyond adding new venues. “Austin easily could be the center of comedy,” Rogan says. “Comedy doesn’t need show business anymore. Ten friends have moved here in the last year, and they continue to pile up.”

The city has long drawn its share of film and TV productions as well. The CW’s Walker and Netflix’s Queer Eye filmed their newest seasons in the city, and HBO’s Love and Death, starring Elizabeth Olsen, is in preproduction for the fall. But overall film commitments haven’t surged as much as the general population or the tech side — not yet, at least. “We’re up slightly, and our crew base is all at work at this point,” notes Austin Film Commission director Brian Gannon.

It remains to be seen whether the pandemic-inspired creative community boom continues as the coasts return to normal. With summer temperatures climbing toward triple digits, at least one recent transplant declared that his move to Austin was a mistake.

“It’s not a world-class city,” griped comedian Tim Dillon to his podcast listeners in June. “The city of Austin, Texas, is a city [for artists] who have left New York or L.A. and never figured out a way to make their art commercially viable. It’s been forever a community of sloth-like people. Joe Rogan can walk around and say, ‘Why don’t you write more? Shouldn’t you work out?’ They’re losers to the bone.”

For locals, Dillon’s jab would be greeted with more relief than offense. The city’s famously lackadaisical vibe — that indistinct word that you’ll notice is used often by the city’s fans — was epitomized in Richard Linklater’s aptly titled 1990 feature Slacker, which also helped launch the city’s indie film scene. Apparently, Austin’s uniquely specific frequency is still tangible, even with all those Teslas around — a place where, as McConaughey famously once said, “no one’s too good and everybody is good enough.”

“What we have to watch in Austin is the preservation of our DNA,” McConaughey says. “I’ve talked to quite a few people before and since they came here and the two words I hear over and over again are ‘hospitality’ and ‘optimism.’ So my line has been, ‘Don’t turn here into why you left there.’ Our challenge is going to be how we handle this great influx. If any place has an identity in the soul that we need to preserve, it’s Austin.”

Replace “Austin” with “Texas” in McConaughey’s quote, and it sounds like it could be a winning stump speech. Yet Padalecki echoes McConaughey’s concerns.

“The unwritten motto of Austin has been to Keep Austin Weird,” he says. “The landscape has changed, but I hope that doesn’t change. It’s a cool spot. Hopefully it stays that way.”

On the Market in Austin 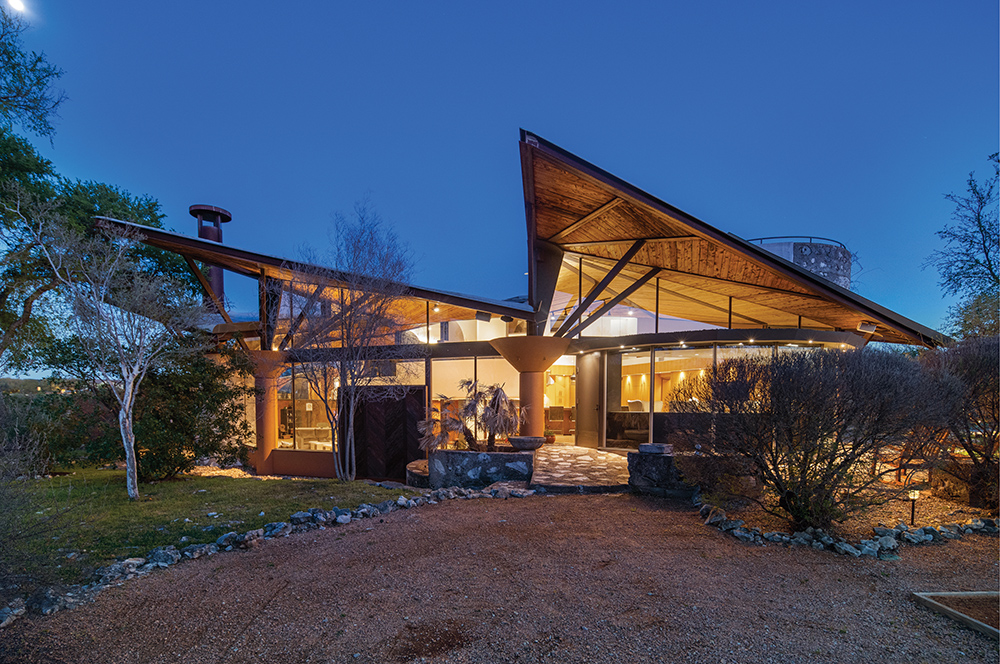 This story first appeared in the Aug. 4 issue of The Hollywood Reporter magazine. Click here to subscribe.