I’ve lived through a lot of crazy experiences, but nothing compares to what my family and I went through in Barcelona on Aug. 17. We were in the middle of a tour of the city’s architecture and Gaudi landmarks — the most amazing I’ve ever seen. We’d started around 12:30 p.m. and had been to La Sagrada Familia and Casa Batllo and were making our way down Passeig de Gracia, which is like the Rodeo Drive of Barcelona. Then I get a phone call from my wife’s mother. “Are you OK?” she asked. “There’s a terrorist attack.” I talked to our tour guide, who started checking into it, and we kept walking, still not knowing what was happening. Then we looked up, and there literally was a wall of people running toward us, many of whom were screaming and crying. “Run!” I told my family while grabbing my 8-year-old son like a football. My 11-year-old grabbed my wife, and we hightailed it up the street. There were people crawling over other people, and my older son got kicked. It was complete chaos.

Somehow we made it out of the crowd and into a restaurant with a few others before they closed the metal gates behind us. We read online about the horrible tragedy, just blocks from us, and we expected the worst to come next. We stayed in the restaurant for maybe 45 minutes, safe behind those metal gates. Kids were crying. It was so surreal. Eventually we got the clear to go back to the street, but all transportation was cut off. No subway, no taxis or cars anywhere. We walked and walked — for about an hour — back to our hotel. There were police and helicopters everywhere. I’m so impressed with the way Barcelona responded, how calm people were in the midst of this horrible situation. But I keep thinking about the people who died and those injured. It’s awful. 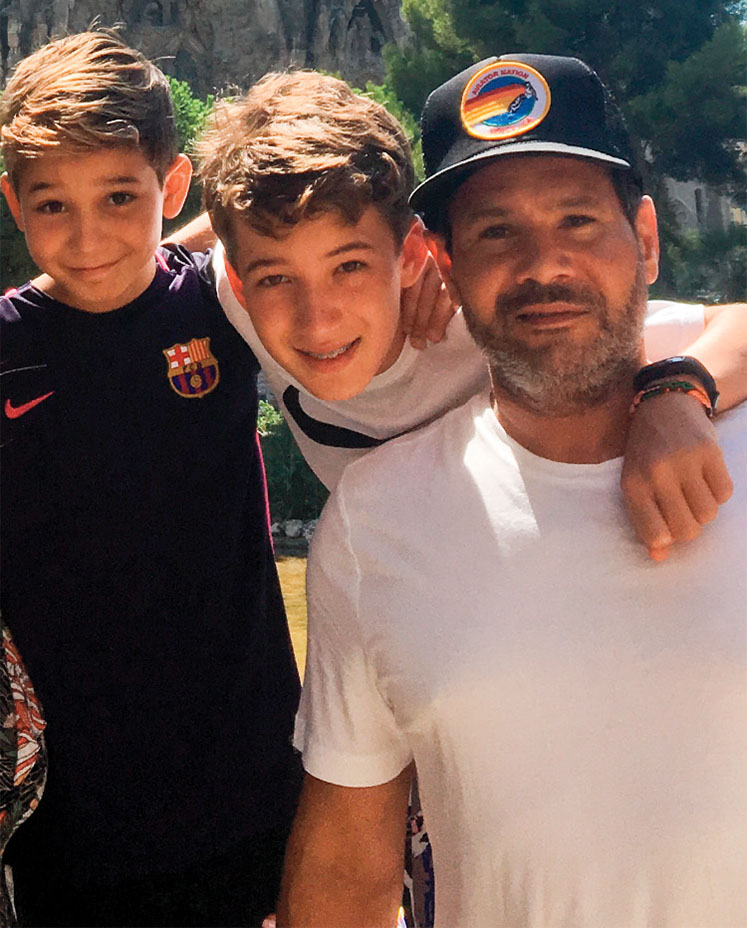