Four dances. That’s all it could take to kickstart Los Angeles’s ballet community, when the L.A. Dance Project takes the stage at the Theatre at Ace Hotel on Dec. 9 and 10, marking the company’s first performance since its founder, Benjamin Millepied, returned to Los Angeles after a two-year stretch as the dance director of the Paris Opera Ballet. He and wife Natalie Portman currently are expecting their second child, and Portman is in serious contention for an Oscar nomination for her portrayal of first lady Jacqueline Kennedy in Jackie.

Millepied, 39, still is getting settled into L.A., having only just come back about five months ago; he puts me on hold at one point during our conversation to direct some movers. When he returns, he describes his time at in Paris as trying. He had friction with the general direction and diversity of the Ballet, as well as the dancers and the press, who accused him of trying to change the Ballet’s storied tradition too quickly and too dramatically.

After all that, Millepied says he couldn’t be happier to be back in Los Angeles, running a small company of his own making. “It’s a new start,” he says, sounding relieved. “It’s not just that I’m coming back to L.A. and running a company again, but rather running it with two years of experience now at a large institution. It was decision of, rather than joining an existing organization, building mine with a specific vision and ambition. So this show is really a way to celebrate this new beginning.”

Millepied has a history with Los Angeles. While serving as the principal dancer at the New York City Ballet from 2002 through 2011, he also choreographed and appeared as “The Prince” in Darren Aronofsky’s 2010 feature Black Swan, starring Portman (who won an Oscar for her work on the film) and Mila Kunis as dancers in New York. While on set, he began a romance with co-star Portman, and the two married in Big Sur in 2012. By that time, Millepied had started the L.A. Dance Project, which he ran from 2011 until taking the job at the Paris Ballet in 2014.

It’s not an easy time for the performing arts. An August 2016 study by the National Endowment for the Arts found that millennial audiences (specifically 18- to 24-year-olds) were attending fewer performing arts events than 10 years ago. But Los Angeles, led by Millepied and like-minded creators such as Yuval Sharon (who in 2012 founded experimental opera company The Industry), has proved a dynamic arena for exciting and progressive performances. Millepied collaborated with Sharon on 2014’s Invisible Cities opera at Union Station.

For the L.A. Dance Project’s performance at the Ace — Dec. 10 also is the gala fundraiser for the company — Millepied will present his broadminded approach through four dances with a diverse range of ideas. An acclaimed dance by young Israeli choreographer Roy Assaf, “II Acts for the Blind,” will kick off the evening, followed by “After the Rain” by legendary English choreographer Christopher Wheeldon. Millepied will then present “Homecoming,” which will feature Millepied and New York City Ballet’s Janie Taylor dancing to a live performance by Rufus Wainwright from his album Days Are Nights.

“I met him at a dinner in New York, but I love those songs,” Millepied says of how he began to work with Wainwright. “I was inspired by them. It’s no more than pure dance between two people. I think the songs have a strong quality — almost an old film, Fred Astaire quality. It’s rare to have the songs like that feel right for the type of dancing that I do, and these certainly did.”

The evening will close with a work called “On the Other Side.” Set to music by Philip Glass and performed in front of an artwork by L.A. artist Mark Bradford, the dance will “probably” be the last time Millepied takes to the stage. “I’m planning to close the program with my last piece for the company,” he says. 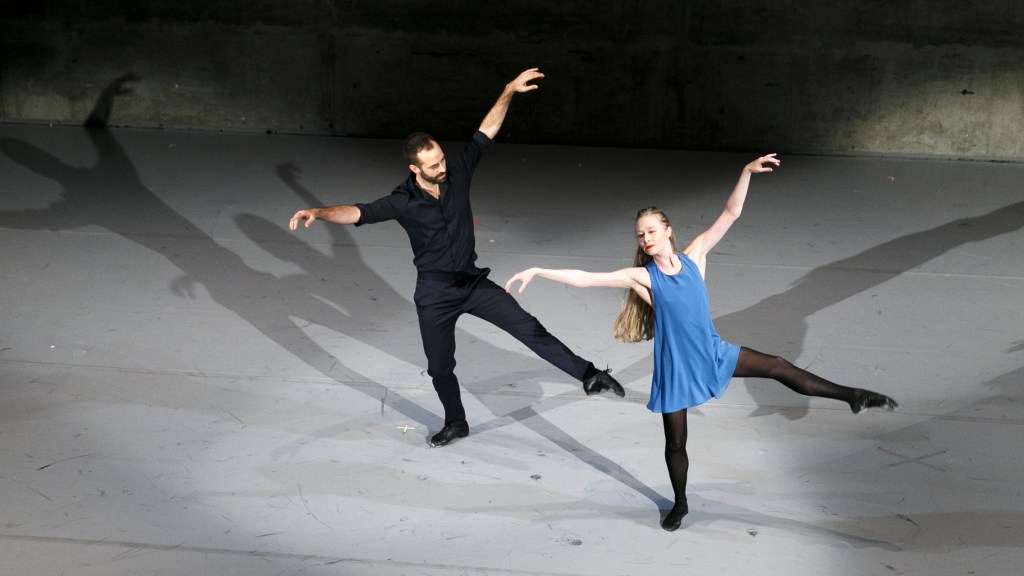 Working with Bradford will add to Millepied’s long history of working with fine artists from Olafur Eliasson and Barbara Kruger to Sterling Ruby — and living in L.A. will expand this side of his choreographic practice.

“I love the artists who live here,” he says. “There are people like Peter Shire, John Baldessari and Ruby — I just discovered the work of Jason Rhoades. There’s an approach to the way conceptual artists develop and create their work in a way that I think will be very interesting to choreographers. It’s very inspiring to me to think about these elements that create work that can be more than just dancing to music.”

Millepied also hopes to lead the L.A. Dance Project with a philosophy that allows maximum latitude for creators. “One thing that I want to ensure with the company is, you give choreographers and artists more time to collaborate,” he says. “Regular dance companies are giving choreographers less and less time to create their work, and I want to bring an environment that is conducive to the creative process. That means more time, that means a little bit of a more laid-back environment. More space. It’s very important that [the choreographers in the company] make not just more of the same, but propose new ideas.”

L.A. is setting itself up as a new dance capital, he notes, citing the program at the Colburn School, where he serves as artistic adviser, as a top incubator for young dancers. “Just a few days ago Dance Magazine wrote about Colburn program as the best in the West,” he says. “[Director] Jenifer Ringer has been giving a lot of time and energy to bring great dancers to be trainers at Colburn.”

As for the audience, Millepied says that there is an energetic following for the performing arts in L.A. He expects to feel that energy when he steps out on the stage in December. “I love the audience that we have here,” he says. “The hunger for dance. I hope we keep on this momentum. We’ll grow our public in the next few years. It’s up for grabs; we just have to take it, and I’m certainly committed to it.”