Why now? It’s a question that mystifies longtime residents of Baldwin Hills (often referred to as the “Black Beverly Hills”) and its surrounding South L.A. neighborhoods — Ladera Heights, View Park, Windsor Hills and Leimert Park — that are now seeing double-digit annual price jumps in their historic homes and an influx of diverse new buyers in ZIP codes that traditionally have drawn mostly African-American families.

Some attribute the trend to positive exposure in a crop of films and TV series, particularly HBO’s Insecure. “In other shows, it was always like, ‘Oh, we’re going to South L.A., we’re going to the hood’ — or Law & Order would do a ‘Somebody got murdered on that street!’ And it’s like, nobody got murdered there, what are you talking about?” says creator and star Issa Rae of Insecure’s chic, sexy depiction of the area. “I know the L.A. that I see, and I was just tired of seeing it not reflected.”

Other observers point to development around the Rams-Chargers NFL stadium in Inglewood (including 3,000 housing units, 620,000 square feet of retail and a hotel) that is poised to transform the area when it opens in 2020. (There’s been talk about a new Clippers arena in Inglewood as well.) Also, the soccer-specific Banc of California Stadium, home of the new Los Angeles Football Club, opens April 29 in nearby Exposition Park, where the Lucas Museum of Narrative Art broke ground March 14.

But the most intriguing theory of the boom centers on Barack Obama, who attended a 2012 fundraising breakfast in View Park hosted by real estate developer Charles Quarles. For many of the 300 influencers who attended, from Jamie Lee Curtis to Ted Sarandos and Nicole Avant, it was their first exposure to the area’s historic architecture and breathtaking views. “I don’t know if [the fundraiser] had an impact on home prices,” says Quarles. “But I do know it was something that people were proud of, and there were many guests who had never visited the area before.”

Yet the region’s Hollywood ties, primarily to African-American film and music stars, stretch back generations. Ray Charles owned a home in View Park, as did Ike and Tina Turner. Debbie Allen lives there and has her dance academy in Baldwin Hills. Baskets co-producer Sally Sue Beisel-Lander has a house in Baldwin Hills, where Lenny Kravitz lived during high school — he credits the area’s architecture for inspiring the launch of his own interior design firm.

Two years ago, Sony senior vp and chief diversity officer Paul Martin bought in Ladera Heights. “It’s in the heart of L.A., but it feels very much like East Coast suburbia,” says Martin. “There is a sense of escape, a strong family feel, yet it’s only a short drive to some of the major studios.”

Tour these neighborhoods, and you’ll glimpse some of the city’s best hillside living — and views: north-facing to the Hollywood sign, east-facing to the downtown skyline. Some vantage points in Ladera Heights and View Park have south- and west-facing views that peek into the South Bay and stretch across to Catalina. A smattering of #ResistTrump signs dot curved, palm-lined streets with manicured lawns. Spanish, Tudor and mid-century houses from such renowned architects as Paul Williams and Raphael Soriano, many single-story, appear modest from the street, but lot sizes can reach 17,000 square feet, and many homes have pools.

What you won’t see is much ground-up construction. “Many new buyers appreciate the architecture in these areas and are restoring many of the older Spanish, mid-century and colonial homes with period details and upgrades, as opposed to gutting and remodeling,” says Deasy/Penner’s Benjamin Kahle, who lives in View Park and specializes in its historic homes.

The John Aaroe Group — which was folded into Pacific Union in 2017 — opened a Baldwin Hills office two years ago. Its team of 15 agents includes Ron Jackson, who has lived in Baldwin Vista for decades and has sold more than 100 homes in the area — which has long been undervalued, he notes.

When listings hit the market, bidding wars are now commonplace. A three-bedroom on South Sherbourne Drive in Ladera Heights, listed in January for $1.2 million, closed a month later for $1.32 million. “There is so much demand and just not enough inventory,” says Coldwell Banker’s Molly Lowe, who sees many older homeowners — predominantly African-American — selling to a more diverse pool of young professionals.

“Whites, Asians — everyone is coming in,” Jackson confirms. “Some people are complaining that white residents are starting to take over our neighborhood, but on the flip side, property values are going up. So it’s complicated.” Lowe adds that she often sees buyers who are priced out of the Westside think twice about purchasing a Playa Vista condo once they see what they can get for their dollar in Windsor Hills or Leimert Park.

“You know what’s brought more visibility to the area — and I hate to give props to the technology — but it’s people driving through using a [navigation] app,” says Coldwell Banker’s Janet Singleton. “They’ll call up and say, ‘I just saw your sign. What is the name of this neighborhood? And how much is it?’”

The answer creeps ever higher. Driving through View Park, Jackson shakes his head as he points out a string of homes that, if listed, could fetch more than $2 million. 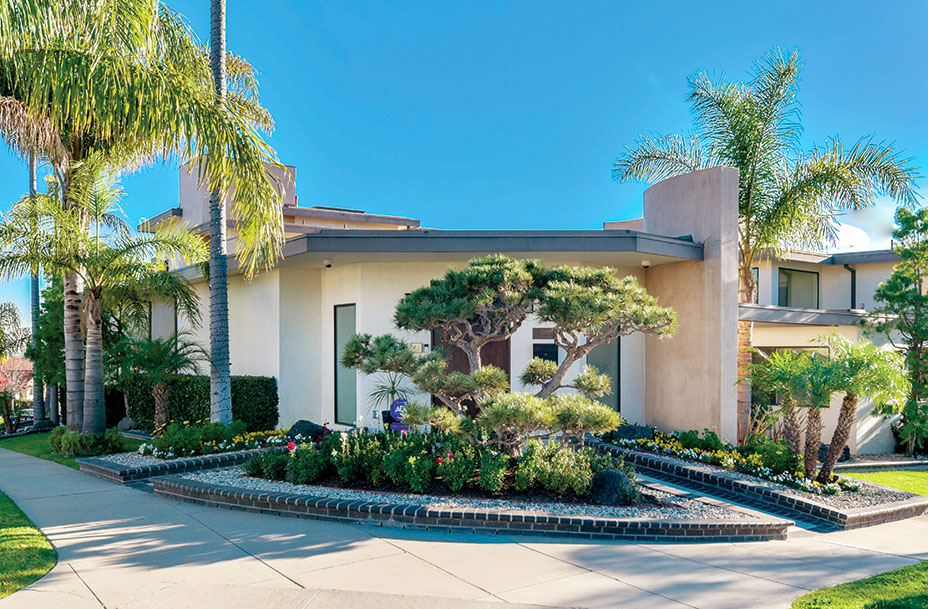 Sony senior vp and chief diversity officer Paul Martin makes his home in this three-square-mile area that’s broken up into “upper” and “lower” Ladera Heights, with Slauson Avenue as the dividing line. Cruise the streets, and you’ll feel as if you’ve traveled back in time with a wide range of mid-century, mostly single-story homes. Many have south-facing views, but a select group on the upper stretch of Shenandoah Avenue along the bluffs feature stunning looks at the ocean. Christopher Darden of O.J. Simpson trial fame lived here, as did rapper Tyler, the Creator. Orlando Magic guard Arron Afflalo put his 1961-built home (pictured above), formerly owned by WNBA legend Lisa Leslie, on the market in February for $2.3 million. 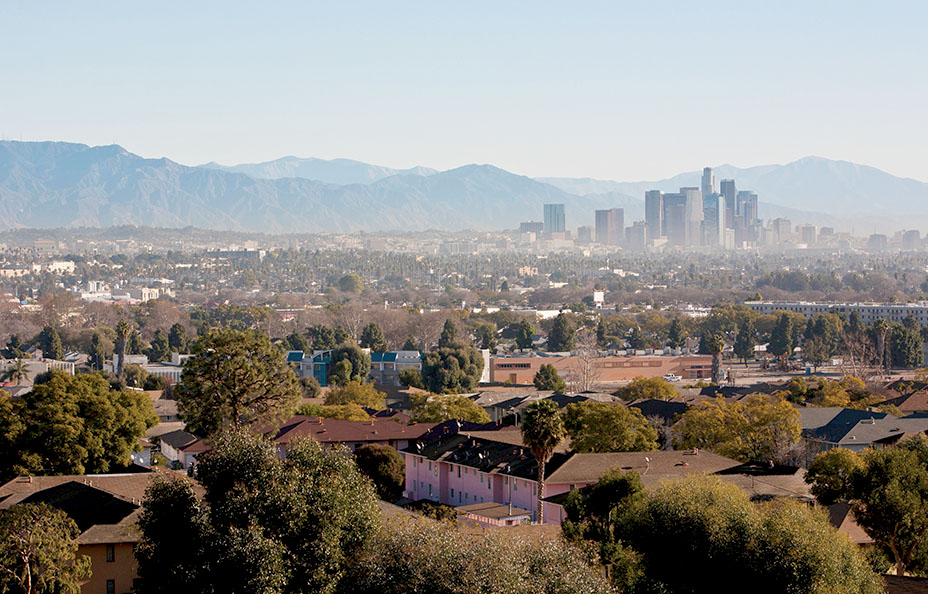 The nabe where Lenny Kravitz grew up, now the setting of Issa Rae’s HBO comedy Insecure, includes Baldwin Vista — a few thousand homes tucked up against Kenneth Hahn state park (pictured above) — and an enclave known as the “Dons,” where all but one street starts with “Don” (Spanish for “sir”), a nod by 1950s and ’60s developers to the area’s Mexican heritage. Until that period, the area was home to mostly white families; some left after the U.S. Supreme Court invalidated white-only real estate covenants in 1948, and there was a larger exodus after the Watts riots in 1965.

Warner Bros.’ Niija Kuykendall lives in the area named for 1920s developer Walter H. Leimert, who commissioned the Olmsted Brothers (sons of the master behind New York’s Central Park) to design its plan. Leimert has its own walkable village but will contend with a massive plan just blocks away to redevelop the Baldwin Hills Crenshaw Plaza mall (rendering above) that would create a 10-story office building, 961 apartments and condos, a 400- room hotel and more than 300,000 square feet of restaurants and retail.

The home of Debbie Allen and the site of a buzzy 2012 Barack Obama fund-raiser was added in 2016 to the National Register of Historic Places. The area’s only documented home (pictured above) built by renowned architect Paul Williams — a 2,900-square-foot three-bedroom on a 0.32-acre lot — sold in 2017 for $1.3 million. Monteith Park, a small, triangular green space at the corner of Olympiad Drive and South Mullen Avenue that in 2012 was reinvigorated with improved lighting and new benches, hosts summer concerts and community movie nights. 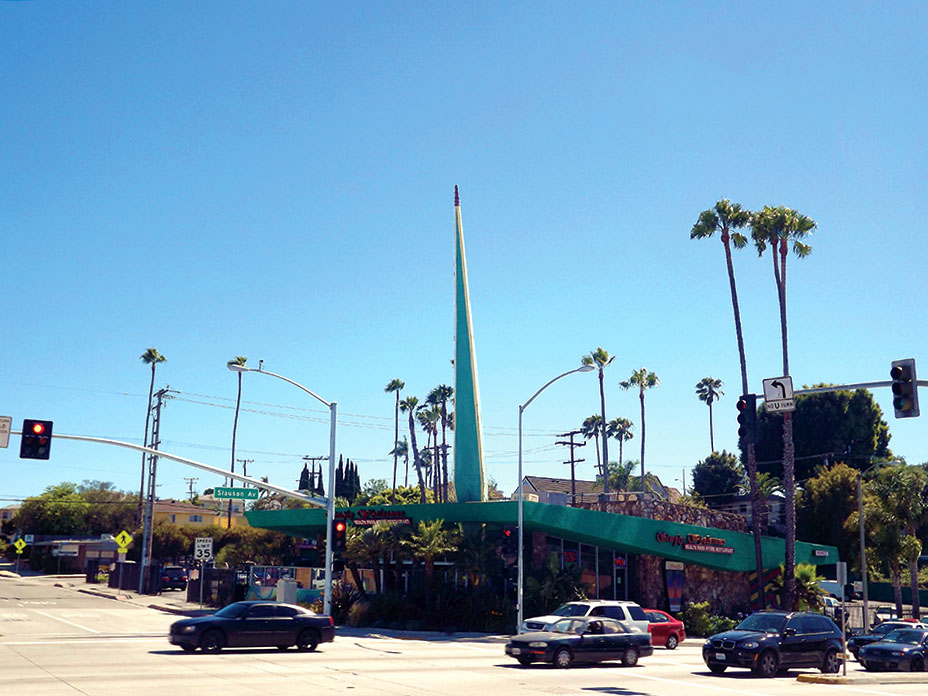 The housing stock here is less impressive than in neighboring View Park: Homes start at about $700,000 — many offering south-facing views. Former NBA great Marques Johnson, who listed his home on Dawn View Place last year for $1.5 million, plans to relist the house this spring. The area has beloved eateries including the Caribbean restaurant and health food store Simply Wholesome (pictured), originally opened by local Percell Keeling in 1984 and relocated in 1995 to the site of abandoned 1950s sandwich shop The Wich Stand (at the corner of West Slauson Avenue and Overhill Drive). 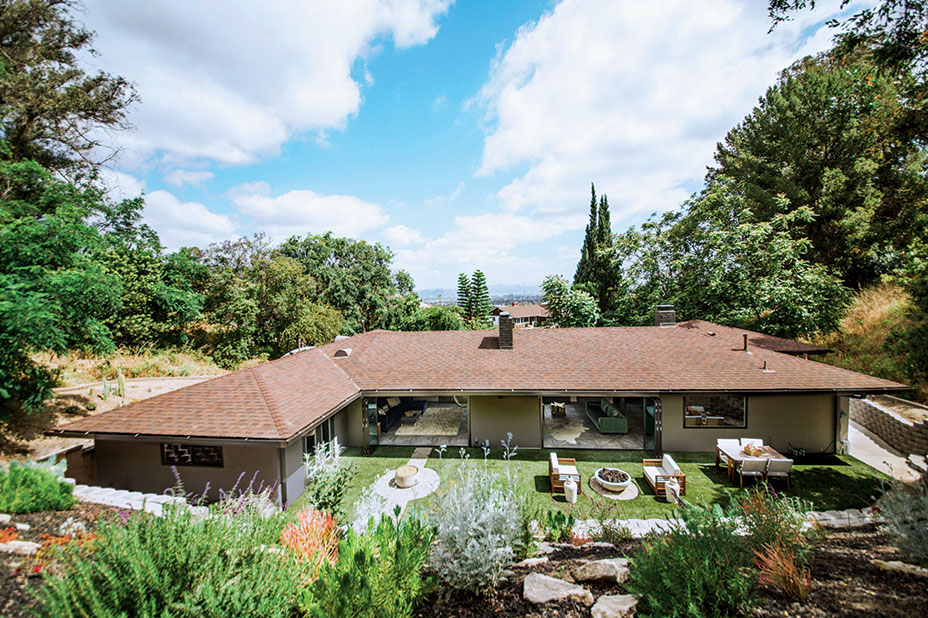 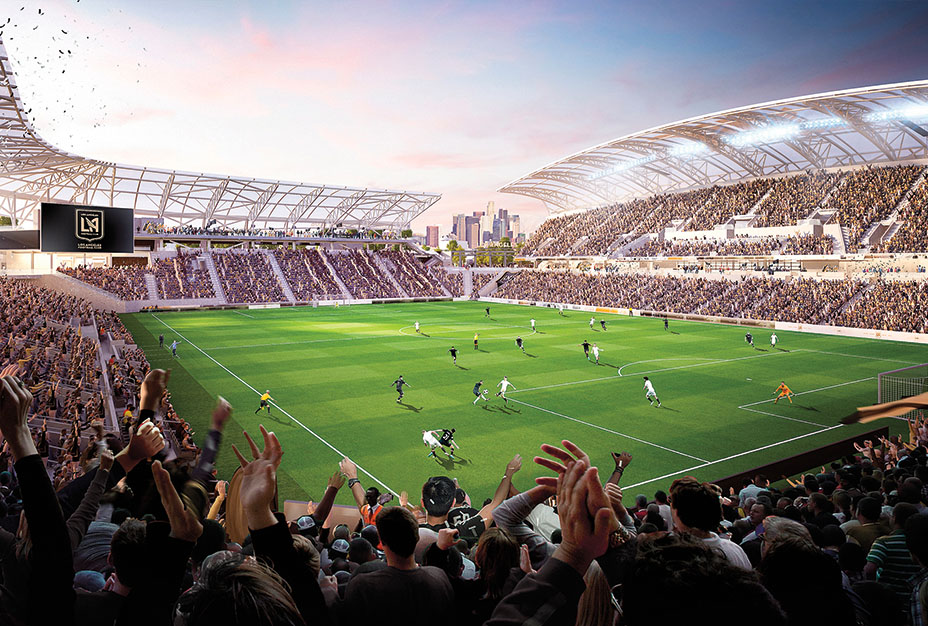 A rendering of the L.A. Football Club’s $250 million stadium.