Billy Crudup is figuring out how to co-star with himself.

The actor says collaboration with other performers is one of his favorite parts of the profession, but in David Cale’s Harry Clarke, he’s all alone onstage for the duration, playing a total of 19 characters, many of them at the same time.

“The actor part in me that really likes teamwork, talking and listening, is really invested in those things,” Crudup says. “I know it sounds a little ridiculous sometimes, but I do try to take the time to talk and listen to each of those characters.”

The one-man show follows a man leading a double life in New York City, as his assumed identity gradually starts to threaten his safety.

Crudup premiered the play at the Vineyard Theatre last year, and is now reprising its multitude of roles in a return engagement at the Minetta Lane Theatre through May 13. Having the chance to revisit the play has allowed the 49-year-old actor, a Tony winner in 2007 for Tom Stoppard’s The Coast of Utopia, to go deeper with each character’s journey.

“I was less daring before, and now I have a richer handle on the text, which gives me opportunities to explore the character that I couldn’t really take before.”

Crudup will be back on the big screen later this year opposite Cate Blanchett and Kristen Wiig in Richard Linklater’s Where’d You Go, Bernadette, based on Maria Semple’s best-selling novel. In the meantime, the actor went Off Script with The Hollywood Reporter to talk about the challenge of doing a one-man show, what he’s given up for the role and how he occupies his spare time. 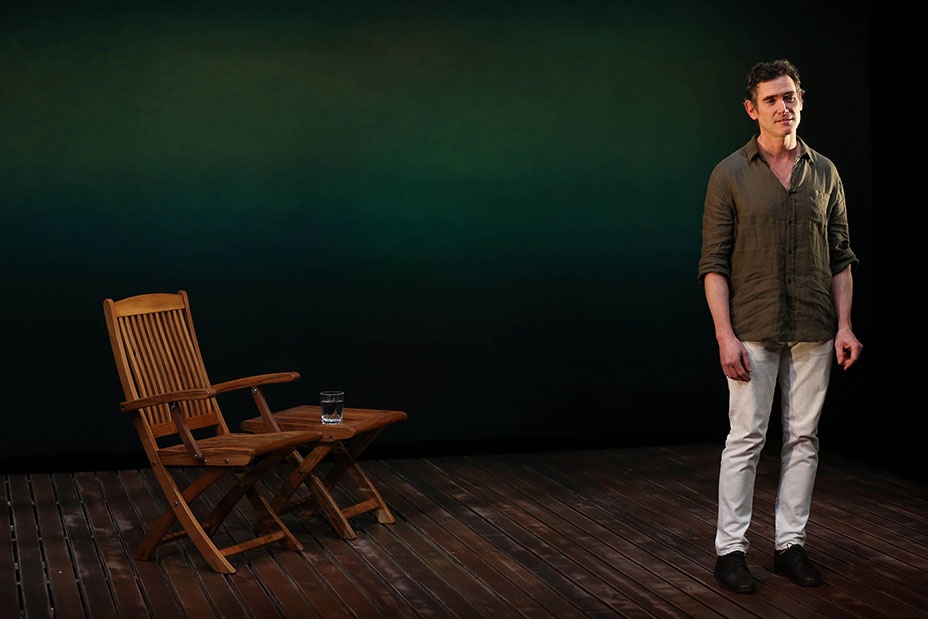 What made you want to do a one-man show?

The first play I ever did in New York was at The Vineyard Theatre (Chiori Miyagawa’s America Dreaming), and I’ve been in close contact ever since. Whenever anything comes through from [artistic director] Doug [Aibel], it’s a priority for me. This was a piece of interesting, ambitious writing, but my response was: “There is a 45-page monologue. That’s idiotic.” But needless to say, I woke up in a cold sweat thinking, “How many other times do you get an opportunity to do something like this?” Most people would kill for this chance and there’s no safer place to do it for me than The Vineyard.

How have you found returning to the play and getting to take a second crack at it?

Getting to do this a second time is a really extraordinary opportunity because I would say, a lion’s share of the first one at the Vineyard was the panic attacks, being overwhelmed by the precariousness, and not prepping myself onstage. It was relentless shock on my nervous system to try and maintain my composure. So there was not nearly enough time for me to do the kind of detailed character work I most enjoy, and that theater often gives you the best opportunity to do.

With such a big chunk of script, do you have any memorization tips?

The language that David uses is very specific. There’s a melody to it, there’s music in the way he writes. You can memorize it melodically because it makes sense in the kind of words that the characters would use. On the other hand, there’s only so much space in my brain at 49, so that strategy works very well for about 16 pages. Then, when you’ve got 30 more pages, you go to every resource possible. One of the resources I used was I taped myself during the play, and would listen to it over and over and over again. Another was, I broke it down into chapters, and had little note cards of the chapters up on my dressing room wall, and would look through the story in chapters each night before a performance. That helped take away some of the overwhelming aspects of trying to do the entire thing. Breaking it down to smaller groups, it was easier for me to memorize.

Talk us through your preshow routine?

A big portion of getting ready is the physical and vocal warm-up. And then I spend a fair amount of time going over the story with those note cards. Then I focus on [primary character] Phillip, and his desire to tell an 80-minute story. In order to perform this in the way we staged it, I have to be motivated from the beginning.

Typically, when I do a play, you rehearse, you rehearse, you rehearse. You do a bit of a warm-up before the show, and then you let it all go. You go out onstage, and you try to interact with the other actors and hopefully all of the work would be done. And the audience gets to experience seeing you seemingly discover for the first time, and at the same time getting a cohesive collaborative production.

This one, letting it go is not really an option. It unravels into nothing when that happens. I’ve explored it because it certainly requires a little less preshow work. It doesn’t really work for me. I have to frankly set myself up to play an 80-minute game, and once I start doing that I don’t really talk to anyone else, so I become pretty solemn and focused. It makes for a really great night’s sleep, I’ll tell you that.

How do you come down after a performance, and what do you do in your free time?

I am a monk in this show. Because I’m working to the full extent of my vocal range, I can’t use my voice very much during the day to have all the range I need that night. My life has been somewhat compromised in the performing of Harry Clarke, but it’s a great luxury at the same time to have an excuse to focus your life so clearly on one thing. With that being said, living with a 14-year-old son, you can only do that so much. They don’t give a rat’s ass about the performance. He’s on spring break right now, so we’re ending up doing a lot of extracurricular activities.

I’ve given up rest. My friendships are on hold. Exercise is on hold. Getting anything accomplished productively otherwise is pretty much on hold.

I got some advice that I didn’t want to receive, and it ended up being great for a performer. It’s pretty simplistic though. I was doing a production in graduate school. It was my second year, so I was very proud. I’m sure that I’d gotten some small part in this production, and our acting teacher and head of the program came and saw the show. When we were in the dressing room, I was so confident and thought he would come up to me and say, “Wow you’re really good at acting. I guess you can graduate right now. There’s nothing else I can teach you.” And all he kept saying was, “Billy, breathe.” And that I would say is the most useful tool for an actor on stage — constant awareness of your own breathing because it puts you in the moment. Being in the moment is a very important currency for actors onstage. 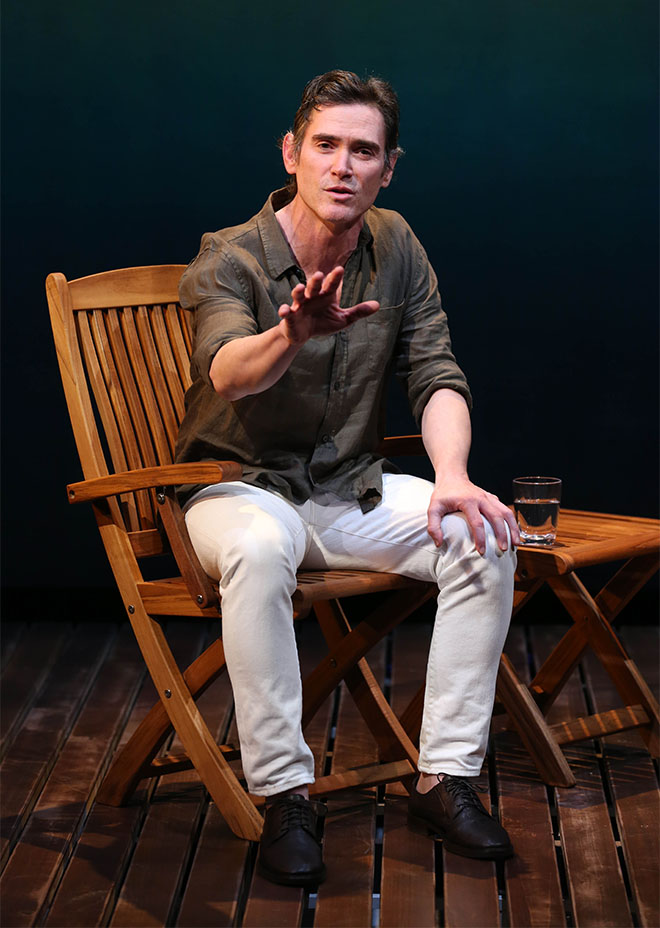