For Muslim Americans living in the United States, escaping the negative stereotypes that have become deeply rooted in the general public is a difficult task. Accurate representation has become clouded by false media portrayals on the big screen and television. Yet, despite a turbulent year with travel bans and increasing marginalization, the Muslim-American community is more determined than ever to break down barriers and encourage others to see them beyond their religious beliefs.

In order to do this, Muslims in Hollywood and their allies gathered Saturday evening at the 27th annual Muslim Public Affairs Council (MPAC) Hollywood Bureau Media Awards to highlight the individuals working for authentic and inclusive representation of the Muslim-American community. Specifically, the Hollywood Bureau of MPAC consults on industry film and television projects and connects Muslim talent to decision makers and creatives in the industry, in the hopes of getting them into writers’ rooms and on the business side of the industry.

Among those honored at the Sheraton Grand in Los Angeles were Secret Life of Muslims creator Joshua Seftel, The Tiger Hunter director Lena Khan and Sir Bob Geldof — the recipient of the evening’s Lifetime Achievement Award.

Despite a fairly large Muslim population in California, Muslims still find difficulty in landing roles beyond those of the commonly portrayed “terrorist” or “friendly gas station attendant.” The ability to land roles that aren’t racist or offensive has only recently begun to improve. For the MPAC Media Awards honorees, changing the narrative of the Muslim-American community was at the top of the night’s agenda.

“I identify as human,” said Irish singer-songwriter Geldof, after he received a standing ovation for his work as a philanthropist and political activist. “[Muslim-Americans] are people — not because of shared faith, not because they wave the same flag of nationhood or common community, but rather common humanity.” 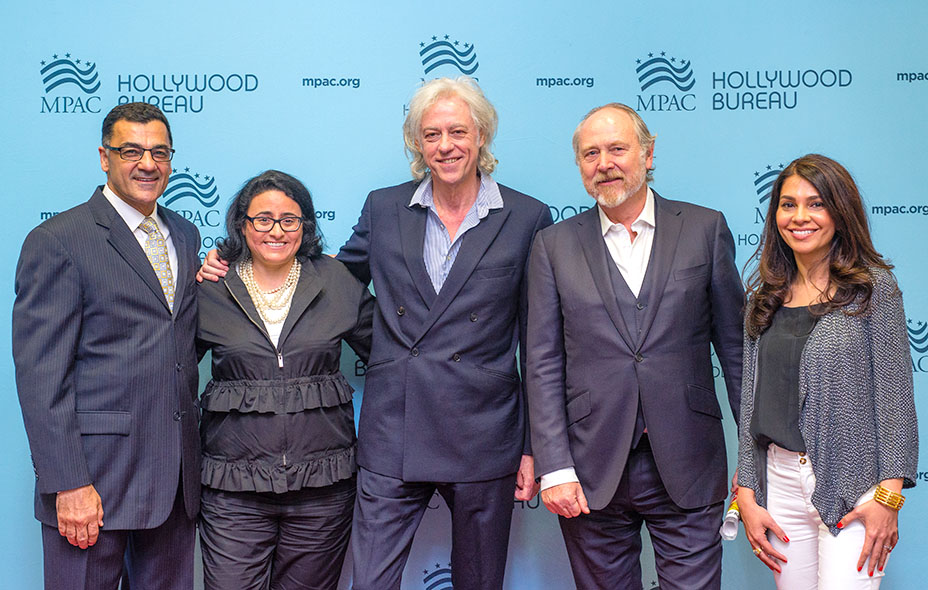 “I wanted to make a series called Secret Life of Muslims,” explained Seftel in his acceptance speech, after noting that more than half of Americans have an unfavorable view of Muslims. “The secret being, of course, that we’re all just people.”

Seftel’s digital docuseries, which presented firsthand accounts of everyday lives, was particularly well-received by those who were previously unfamiliar with the practices and lifestyles of Muslims living in America.

“It’s really hard to argue with storytelling, especially when someone is telling their own story,” said Seftel, who’s currently prepping for the second season. “If someone is showing you who they are as a person, it’s disarming. When it’s coming from the heart and you can tell it’s truthful, it’s the most powerful thing there is, especially when it comes to opening people’s minds and opening their hearts.”

He added, “We live in a time where people seem to have little interest in opinions that don’t match their own. We didn’t want to make a series about political opinions…. The kind of storytelling we’re trying to do in this series, it can’t be argued with. It’s undeniable.”

The White House’s influence on the Muslim-American community also was an unavoidable topic of the evening, with several of the speakers, including the director of MPAC’s Hollywood Bureau, Sue Obeidi, discussing the impact of President Donald Trump’s attitude and policies toward Muslims since taking office in 2017.

“The travel ban, the government, the moving backwards of values and ideas…this isn’t the America we know and love,” argued Obeidi. “This administration is kind of making up their own rules and we have to resist because we are part of America; we are the fabric of America, just like everybody else.”

Despite pushback from the Trump administration, Obeidi notes the “silver linings” to the situation. “Every marginalized community has gone through this but it’s our turn now, and we’re standing on the shoulders of so many others who have experienced it,” said Obeidi, referencing the Jewish, African-American and LGBTQ communities. “We are learning from them, we are being supported and we don’t feel alone.” 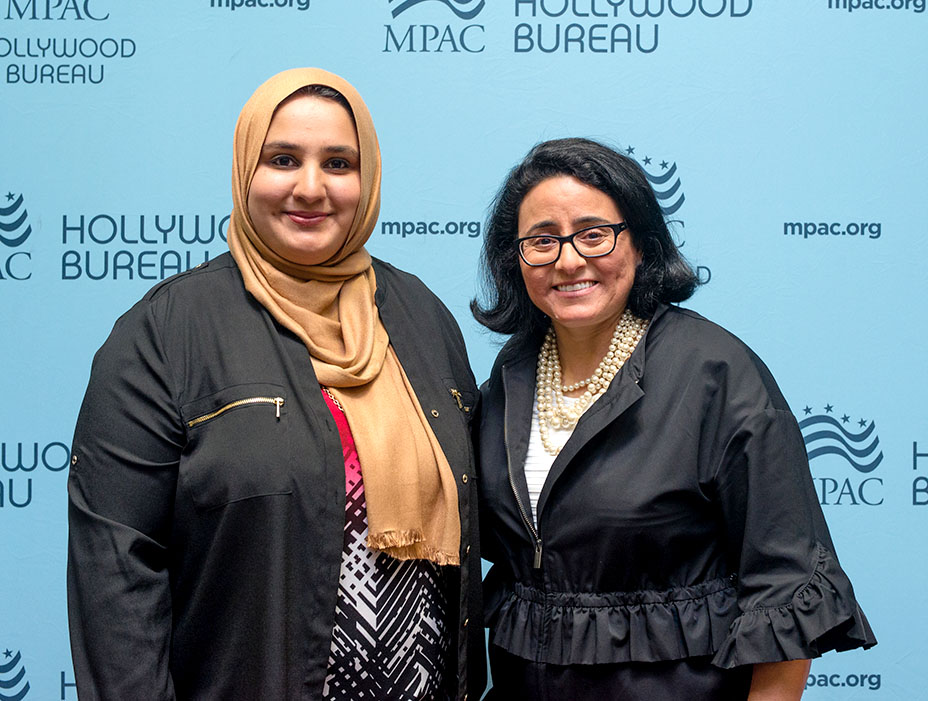 For Seftel, on the other hand, Trump’s running for office became his own “silver lining,” noting that his series didn’t truly take off until Trump’s decision helped early fundraising efforts. “The 2016 presidential campaign happened and the talk was ugly. Suddenly, some of the places who had said no to our funding requests were reaching out.”

With so many more accurate portrayals of Muslim Americans in Hollywood, the authentic stories are beginning to take precedence and replace those with racist undertones. But it’s crucial, now more than ever, for these projects to become mainstream and be told as realistically as possible.

“Being able to make this series at this time gives me, as a filmmaker, a feeling of agency,” admitted Seftel, who strongly believes these stories are relatable to anyone who watches. “There’s some little thing I can do to bring common sense to the table, to educate people and to inform people when they’re not getting accurate information.”

Added Khan in her closing remarks, in which she emphasized the importance for Muslim-American visibility and opportunity: “Let’s be proactive, let’s be the crazy filmmakers and magic makers. If Hollywood is something we really want to harness, maybe being crazy is the most sane thing we can do.”