Taylor Mac wants to make Broadway great again. The playwright and performer is one of several who have made a splash downtown and are premiering work on Broadway — to Tony-nominated acclaim — for the first time this season. Along with their fresh energy and outsider eye, these creators are ushering more inclusion onto the Great White Way.

“Broadway has been political and queer from the very beginning,” says Mac, who identifies as queer (preferred pronoun: “judy”) and whose play, Gary, is up for seven Tonys. “It’s just in the past 20 years it’s been pretty base, if I can be as judgy as that. It has become Disney in a lot of ways. Now we’re starting to see that shift back a bit to what it was before.”

The statistics remain stark: Heidi Schreck is the only woman nominated for writing a play with What the Constitution Means to Me — which had a fall 2018 off-Broadway run before its uptown move in March — and one of only three female writers (out of 21) with plays produced on Broadway this year. Tarell Alvin McCraney is the only black playwright to have work produced this year with Choir Boy, which was first staged off-Broadway in 2013. Rachel Chavkin is the only woman who directed a musical, Hadestown, on Broadway this season (its off-Broadway launch in 2016 was followed by out-of-town productions), and her collaborator Anais Mitchell is the first woman in a decade and only the fourth ever to solo author a Broadway musical. And with Ain’t Too Proud, which toured out of town before its Broadway bow, Dominique Morisseau becomes the third black female ever nominated for a Tony for best book of a musical.

“It’s never nice to be the one [of anything on a project],” says Chavkin, who’s been on Broadway before with Natasha, Pierre & the Great Comet of 1812 in 2016, for which she also received a Tony nomination. “I try to make it a rule of mine that I never ask anyone to be the only one of whomever they are.”

Although these artists are making their Broadway debuts, they are far from newcomers. Mac, Morisseau and McCraney are all recipients of prestigious MacArthur “genius grants,” and McCraney won a screenplay Oscar for Moonlight. Schreck’s play was a finalist for the Pulitzer Prize for Drama this year, and although Mitchell is new to the theater, she is a celebrated singer-songwriter and her original concept album version of Hadestown won a Grammy in 2010. 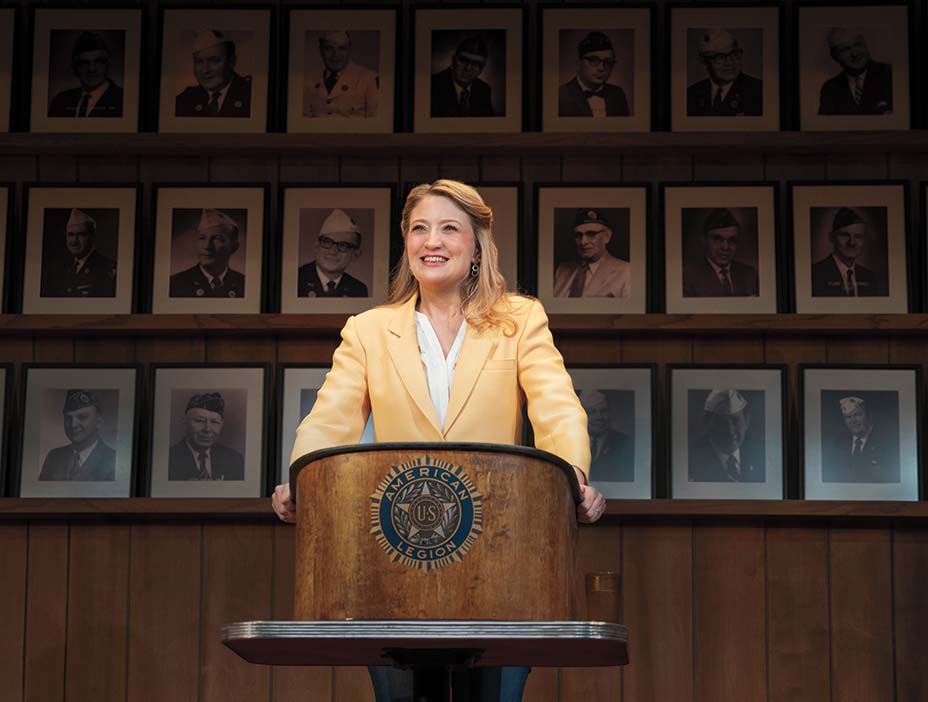 Producing on Broadway is always a gamble, and only about a third of shows recoup their investment. For the 2016-17 Broadway season, the average capitalization for a Broadway musical was $11.2 million, and a musical cost an average of $703,000 a week to run. For the same season, a Broadway play cost $3.1 million to produce and $319,400 weekly. Comparatively, most off-Broadway theaters are nonprofit, supported by a subscriber base, grants and donations, and while commercial producers can help capitalize a show with commercial goals, the financial obligation is much lower.

“It’s a much better risk-reward if it doesn’t work out that you’ve now only spent whatever that off-Broadway capitalization is versus if you were to start on Broadway, it would be five to 10 times that,” says Eva Price, lead producer on the stripped-down revival of Oklahoma!, which ran at St. Ann’s Warehouse in Brooklyn before moving to Circle in the Square on Broadway.

Oklahoma! is the first musical Price has lead-produced on Broadway. Next season, she’ll also head the producing team for the Alanis Morissette-scored Jagged Little Pill. Price says the benefits of starting off-Broadway include more time to develop the show in a lower-risk environment, as well as capturing the attention of New York critics to generate the buzz necessary to attract investors and audiences to the project for a future commercial run.

Mitchell figured her show was “too far out of the box” for Broadway; it started as a community theater project in Vermont in 2006 and became an album before a musical. “It does feel like we have a long way to go in terms of making a space where women writers are recognized and able to bring their gifts equally,” she says. “I feel really proud to be bringing my weight to the scales.”

McCraney started writing plays at 13, before he knew the possibilities or the hurdles. “I always hope the fruit of our work carries the seed of progression, whether it is in the audience who watches … or in other artists who respond,” he writes by email. “I’m encouraged to make sure the 13-year-old in Miami, where I grew up, in 2019 sees that she/he/they have a place on the Great White Way.”

Morisseau is likewise cautious in her optimism. “I can see the progress and also say, ‘And now what else?’ ” she says. “We cannot get comfortable with a few good things. A few good does not outweigh a whole bunch of bad. Yet I can salute and enjoy and celebrate the artists and the work happening now.”

A version of this story first appeared in the May 22 issue of The Hollywood Reporter magazine. To receive the magazine, click here to subscribe.