Sony Studios played host to the official #HopeGoesWest launch party for the National Center for Missing and Exploited Children (NCMEC), which was sponsored by Bryan Cranston and wife Robin Dearden as well as Ben Affleck (who was not in attendance).

According to the FBI, 465,676 children were reported missing in the United States in 2016 alone. The NCMEC strives to fight against child abduction, offers kidnapping prevention programs and serves as a resource to families that have been affected by a missing child.

Cranston said he first became involved with the organization when he met John Walsh, the creator of America’s Most Wanted, at a press junket. “I was backstage with John Walsh and I happened to ask him a question and like the energizer bunny he just rolled out. And he told me his entire story — and it was harrowing and heart-wrenching and beautiful in an odd way — and how he and his wife dedicated their lives from that point on to helping other children.”

The goal of the party was to help raise the national profile of the NCMEC by creating connections with studios, agencies, actors and other storytellers who could help spread the message about the threats children face every day, particularly in today’s day and age with online predators. Guests walked into the art deco Rita Hayworth Dining Center, where they were greeted with champagne, a live jazz trio and a dinner buffet.

Dearden’s daughter was 7 years old when she and Cranston first supported the organization, and she spoke to the importance of the NCMEC’s education programs. “At the time it really frightened me, and I didn’t really want to look at it,” she told the intimate crowd. “The time when you should be [educating your children about abduction] is when they are 7 years old. So I learned from that and hopefully, you [will] all take something away from this and it’s not just [for] your kids — it’s about everybody’s kids.”

The importance of educating children was emphasized by a San Diego-based family, whose 7-year-old daughter was able to survive an attempted kidnapping after her mother taught her how to protect herself. “We were really fortunate that she knew what to do,” her father Mike said. “Her mom had done a great job of playing different scenarios with her at a young age and as a feisty young girl, she reacted. Awareness and being ready, having the conversation is really important and the National Center helps to have that conversation with kids.” 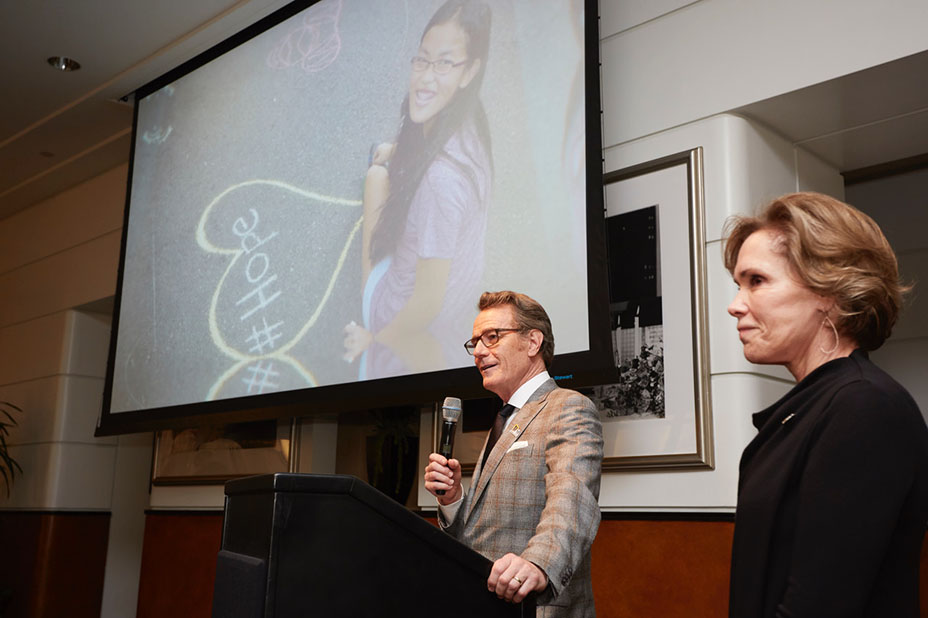