While accepting an award in April 2018 from the Thirst Project, a nonprofit dedicated to ending the global water crisis, Cameron Boyce, then 18, leaned on words borrowed from Denzel Washington.

“He threw out this really profound thing,” Cameron said, prefacing the quote he discovered watching the Oscar winner’s interviews on YouTube. “He said, ‘I’ve never seen a U-Haul behind a hearse.’” Cameron then put his spin on it, adding, “We all go. I hope that all of you really think about what it is that you want to leave. What you leave should be bigger than you.”

The sentiment was met with a round of applause from those inside the Beverly Hilton ballroom that night and in the days since Cameron’s tragic death at age 20 on July 6, 2019, due to sudden unexpected death in epilepsy (SUDEP), it has helped define his legacy. Carrying the torch has been the Cameron Boyce Foundation, a nonprofit launched by his parents Victor and Libby Boyce and dedicated to causes he was passionate about, like ending gun violence and curing the neurological disorder that claimed his life.

Matthew Morrison Out as 'So You Think You Can Dance' Judge

Formed days after his death, the foundation celebrated its first anniversary July 15 and is ready to announce its largest gift yet: a $100,000 grant to Citizens United for Research in Epilepsy (CURE Epilepsy) to establish the Cameron Boyce Taking Flight Award. The donation, given in November to coincide with Epilepsy Awareness Month, is designed to support a young epilepsy researcher, and the inaugural gift is going to Cristina Reschke, Ph.D., of the Royal College of Surgeons in Ireland, and the Science Foundation Ireland FutureNeuro Research Centre, for her work in the restoration of circadian function as a therapy for epilepsy.

“As the mother of a daughter whose life was severely impacted by epilepsy, I was devastated when I heard of Cameron Boyce’s passing,” says Susan Axelrod, who co-founded CURE Epilepsy with husband David. “We believe passionately in the power of research to move us closer to a world without epilepsy, and so we are deeply touched and honored that the Boyce family has joined us in this pursuit. Libby and Victor’s investment in the work of this promising and talented young scientist is a lasting tribute to Cameron, and a powerful display of their support of all epilepsy families who are desperately awaiting answers.”

The gift comes on the heels of donations by the Cameron Boyce Foundation to Inner City Arts to provide underprivileged youth with outlets for creativity; the Actors Fund for COVID-19 relief efforts; and the Thirst Project for a clean water well in Uganda.

Victor Boyce, 58, recalls that plans took shape for the foundation as tears were still falling in response to the devastating loss. “It was something that was a reaction more than a plan because we were so taken aback by his passing,” says Victor, who segued from being his son’s manager and business partner to spearheading the foundation full time, including managing a growing social media platform (1.3 million Instagram followers). “He was working on lots of different projects and charitable things, and we felt like there’s no way those things could die with him.”

Cameron started working while in elementary school, picking up a breakout credit in 2008 for starring in a Panic! at the Disco music video. He never took an acting class, but his career took off, with more than 40 credits in his lifetime. He became best known for his work in Disney’s pop culture phenomenon, the Descendants franchise. 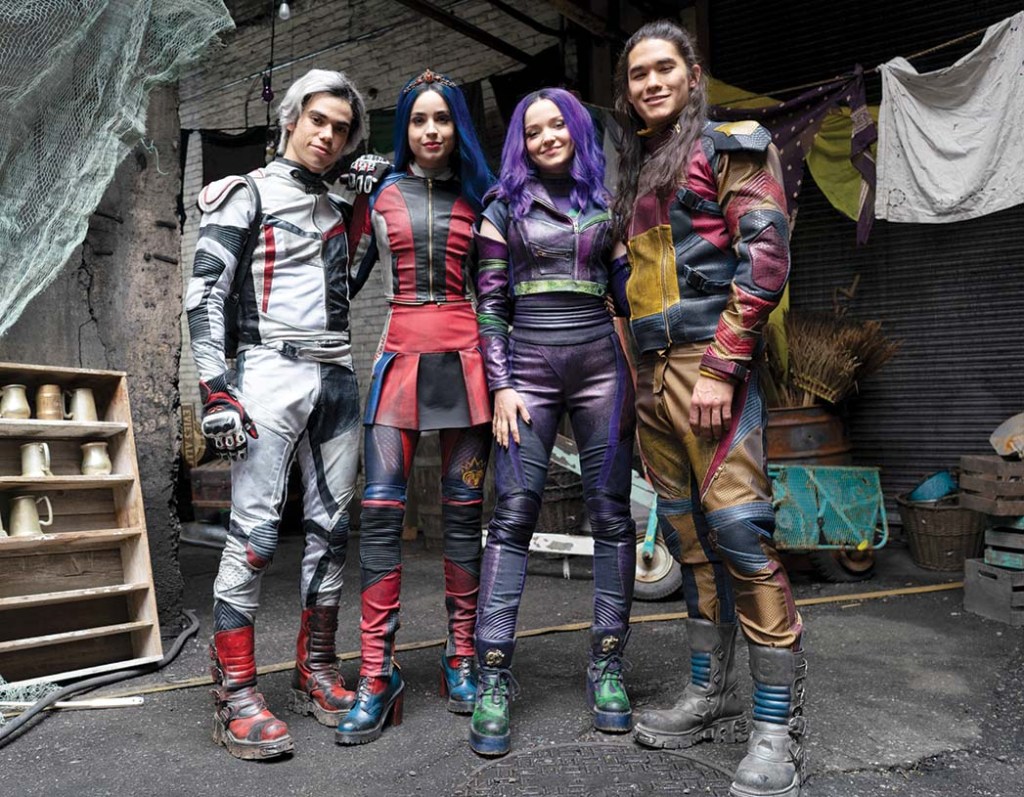 Though he was passionate about performing — dancing was another longtime love — Cameron’s philanthropic drive also ran deep and kicked in when he was young. His grandmother, Jo Ann Boyce, was a civil rights pioneer who was one of the 12 Black students who became known as the “Clinton 12” for being the first integrated into Clinton High School in Tennessee in 1956.

“When he learned about what my mom went through, he was determined to make a difference. My daughter’s the same way,” explains Victor, referring to the couple’s other child, Maya. “I could just see the gears clicking in [Cameron’s] head.”

Libby Boyce, 58, who works for Housing for Health, a unit of L.A. County’s Department of Health Services — where she’s been managing COVID-19 testing for the city’s homeless population — says her son also inherited activist genes from her side, a Jewish family with a history of trauma: “Cameron was very aware of all that. And we did not and still do not hide our activism, our care for others, and our appreciation of diversity.”

The foundation also has set up an advisory board that includes many of Cameron’s colleagues and friends, including Adam Sandler and Salma Hayek (who played his parents in the 2010 film Grown Ups), and his Descendants franchise director Kenny Ortega and co-stars Dove Cameron, Sofia Carson, Booboo Stewart, Karan Brar, Sophie Reynolds and her mother Susan Reynoldson.

“The goal is and always will be to show not only Cameron’s impact on this world but to encourage people to consider their own impact,” says Reynolds, who met Cameron on the series Gamer’s Guide to Pretty Much Everything. Another longtime friend, Brar, who replaced Cameron in the Sandler starrer Hubie’s Halloween for Netflix, says, “Cam was doing a lot of amazing work before he passed, and the best we can do is to pick up where he left off. Though the foundation has only been around for a little over a year, we have been able to accomplish so much with the help and support of many fans, peers and loved ones — all of which I know he would be incredibly proud of.”

Libby also credits their inner circle including board of directors members like Cameron’s aunt Kamlyn Boyce, publicist Kasey Kitchen and nonprofit strategic advisor Heather Kun for helping the foundation take shape. “They’ve been pretty incredible support for us, and in some cases, advisors helping get our message out there, which is so important. Adds Victor: “Without the team that we have, we wouldn’t be anywhere close to where we are right now. With the exception of Heather, all of them knew and love Cameron to his core, and he loved them as well. So it’s been not just a business or a charitable thing, it’s a passion and love thing.”

Both Victor and Libby acknowledge that one of the benefits of their work through the foundation has been what they’ve learned about epilepsy. Per CURE, one in 26 Americans will develop epilepsy in their lifetime, while 65 million worldwide are living with it. SUDEP is rare: Only one in 1,000 people with epilepsy will die from SUDEP.

Cameron, diagnosed at 17, was still early in his journey living with the condition, and he’d suffered only five seizures before the one that took his life. “We’d never heard of SUDEP until the coroner told us that is what he passed away from,” says Victor. “Our mission is to raise awareness in such a way that empowers people with epilepsy so that they have information, so they can advocate for themselves, so they can take better care of themselves. We’re dedicated to making a difference because what happened to us shouldn’t have happened, and certainly going forward, we don’t want it to happen to anybody else.”

Part of that process has pushed them in front of cameras and tape recorders talking about their son to the media, an experience they were not used to prior to Cameron’s death. But they’re learning as they go and “leading with our hearts,” Libby says. “We know that we are the voice of Cameron now, and we take that very seriously.”

That is why on Instagram, Libby says, they often post messages in to address everything Cameron cared deeply about — from dismantling systemic racism and promoting sustainability to climate change and clean water. It all goes back to what he said from the podium, leaving something behind that is bigger than you. “Everything I’m passionate about is a testament to someone who taught me why I should care,” Cameron once said. “Once you understand a problem being a part of the solution is a constant.”

A version of this story first appeared in the Nov. 2 issue of The Hollywood Reporter magazine. Click here to subscribe.