In December, at the Billboard Women in Music Awards in New York City, Madonna was given the trophy for Woman of the Year. In a rambling, tearful acceptance speech that ran more than 16 minutes, she claimed to be a victim of “blatant misogyny, sexism, constant bullying and relentless abuse.”

It was a startling appropriation of stereotypical feminist rhetoric by a superstar whose major achievement in cultural history was to overthrow the puritanical old guard of second-wave feminism and to liberate the long-silenced pro-sex, pro-beauty wing of feminism, which (thanks to her) swept to victory in the 1990s.

Madonna’s opening line at the awards gala was edited out of the shortened official video: “I stand before you as a doormat — oh, I mean a female entertainer.” Merciful Minerva! Can there be any woman on Earth less like a doormat than Madonna Louise Ciccone? Madonna sped on with shaky assertions (“There are no rules if you’re a boy”) and bafflingly portrayed the huge commercial success of her 1992 book, Sex, as a chapter of the Spanish Inquisition, in which she was persecuted as “a whore and a witch.”

I was singled out by name as having accused her of “objectifying” herself sexually (prudish feminist jargon that I always have rejected), when in fact I was Madonna’s first major defender, celebrating her revival of pagan eroticism and prophesying in a highly controversial 1990 New York Times op-ed that she was “the future of feminism.”

But I want to focus here on the charge of ageism that Madonna, now 58, leveled against the entertainment industry and that received heavy, sympathetic coverage in the mainstream media. Her grievances about the treatment of women performers climaxed with this: “And finally, do not age, because to age is a sin. You will be criticized, you will be vilified and you will definitely not be played on the radio.”

First of all, lack of radio airplay may indeed hamper new or indie groups, but in this digital age, when songs go viral in a flash, rich and famous performers of Madonna’s level fail to get airplay not because of their age, but because their current music no longer is attracting a broad audience. When was the last time Madonna released hit songs of the brilliant quality of her golden era of the 1980s and ‘90s? Lavish, lucrative touring rather than sustained creative work in the studio has been her priority for decades. 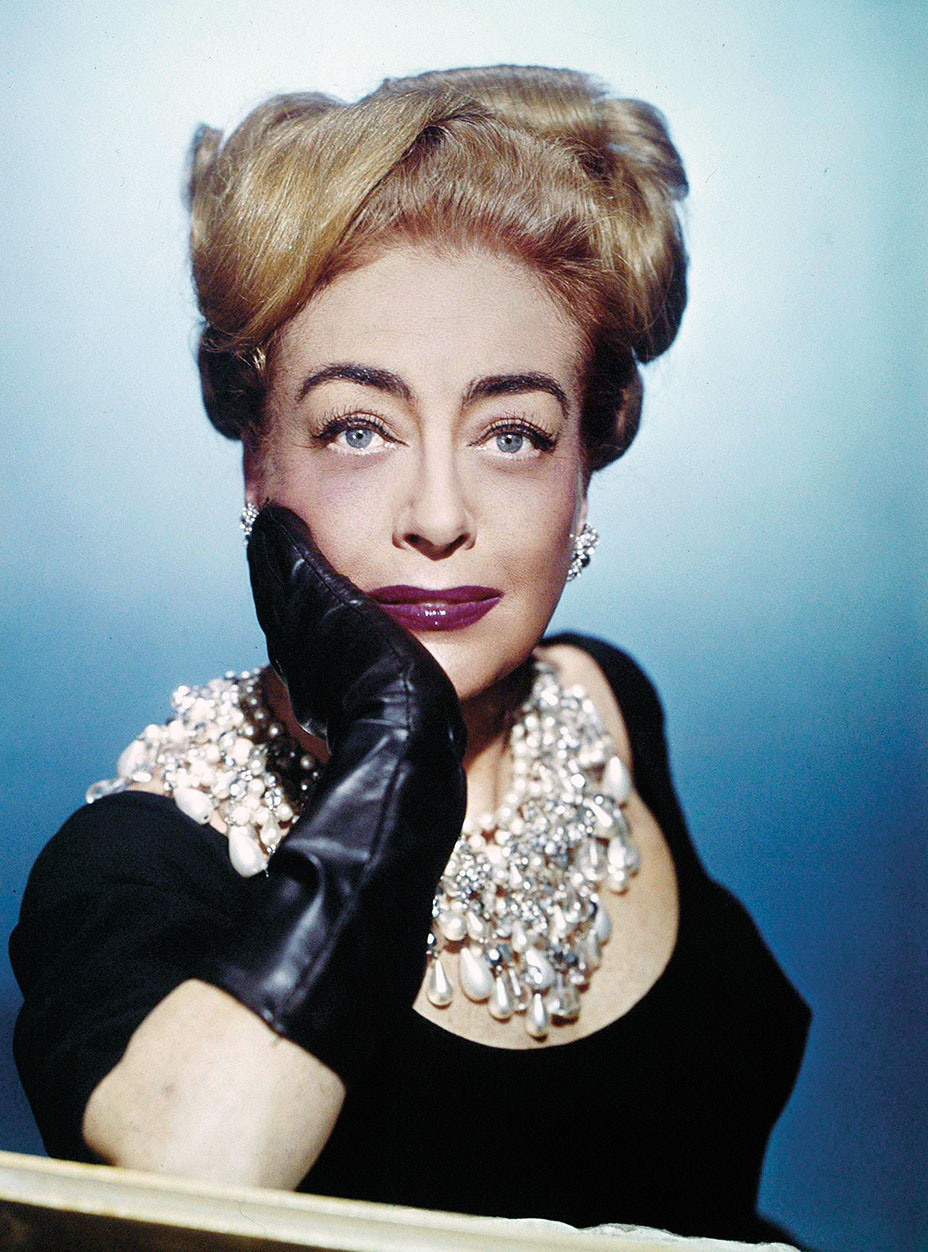 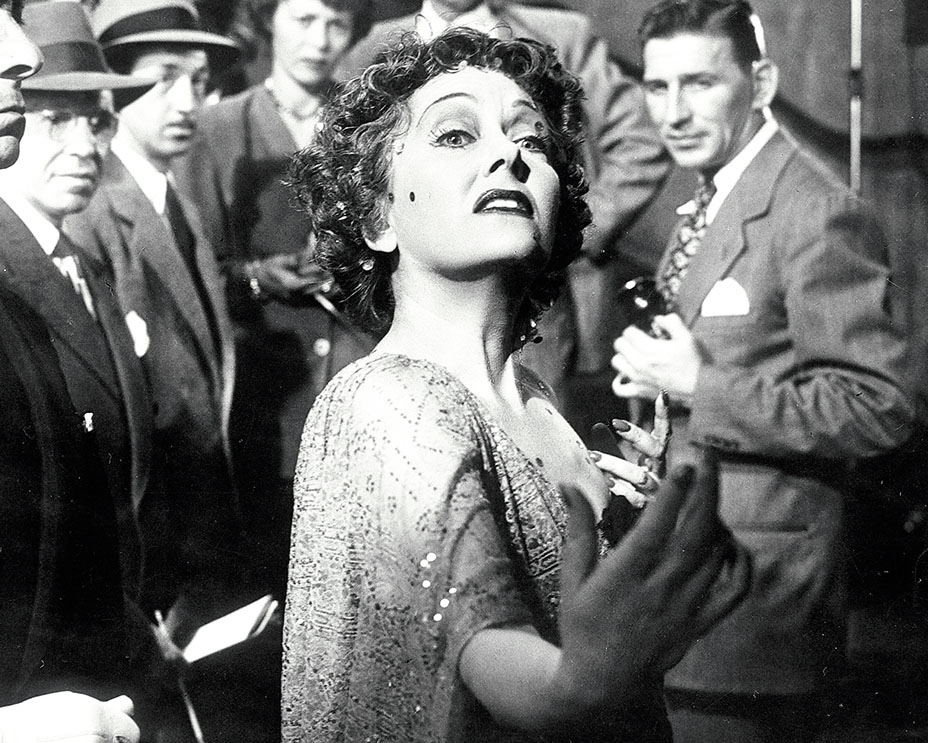 The truth, if Madonna can dare face it, is that she is having a prolonged midlife crisis like that of many great stars of the past. It is particularly painful for her as a dancer whose disciplined body always was her primary expressive instrument. The agony of the aging star has been an archetypal theme of Hollywood since Dinner at Eight (1933) and the first A Star Is Born (1937), in which John Barrymore and Fredric March played celebrated actors in suicidal decline. But it was Billy Wilder’s film noir masterpiece Sunset Boulevard (1950) that first highlighted the special sufferings of the female sex symbol, whose glamorous aura was created and then cruelly withdrawn by a ruthless industry. The aging Norma Desmond, powerfully played by Gloria Swanson, is surrounded by photos and souvenirs from Swanson’s own dazzling stardom in the 1920s, when she was an international symbol of high fashion and chic.

From Joan Crawford — the first major studio-era star to hit the humiliating wall of aging — to Marilyn Monroe, who died at age 36 of a barbiturate overdose in 1962, aging has been a curse for Hollywood megastars. Dynamically verbal performers such as Bette Davis and Katharine Hepburn, who won fame for bold roles as abrasive individualists rather than beauty queens, were able to shift into a richly varied, late-phase career as weathered character actresses — although Davis’ signature role would remain the temperamental actress Margo Channing, who is obsessed with aging in Joseph L. Mankiewicz’s 1950 film All About Eve.

Hollywood, from its birth a century ago, has glorified beauty because sex appeal is big box office, attuned to the dreams and desires of the mass audience, both male and female. That the cult of beauty is not based on misogyny is proved by the centrality of beauty to the cultural code of sophisticated gay men from ancient Athens and Renaissance Florence to Oscar Wilde’s London and Andy Warhol’s New York.

The main problem facing today’s aging women is not sexism but the lingering youth cult of the 1960s. Traditional mating patterns have been disrupted: Marriage is postponed by extended education and early career demands. Because of easy divorce, middle-aged women are now competing with younger women for both men and jobs — and thus are resorting to costly interventions to look 20 years younger than they are.

If aging stars want to be taken seriously, they must find or recover a mature persona. Stop cannibalizing the young! Scrambling to stay relevant, Madonna is addicted to pointless provocations like her juvenile Instagrams or her trashy outfit with strapped-up bare buttocks and duct-taped nipples at the Metropolitan Museum of Art Gala in May. She has forgotten the legacy of her great precursor, Marlene Dietrich, who retained her class and style to the end of her public life.

In her Billboard Awards speech, Madonna oddly cited David Bowie as her “real muse.” But Bowie did not cling to his revolutionary, gender-bending Ziggy Stardust in the way that Madonna doggedly regresses to the sassy street urchin of her 1980s debut. Bowie retired Ziggy after a single sensational year and evolved into other personae, such as the suave, enigmatic Thin White Duke. Neither Dietrich nor Bowie would have begun an event as Madonna did after Anderson Cooper handed her the Billboard trophy: “We already had sex with a banana” and (about her microphone) “I always feel better with something hard between my legs.”

Two years ago, Jennifer Lopez (then 45) made a similar misstep with her crudely repetitious, faux-porn “Booty” video with Iggy Azalea. At ABC’s recent New Year’s Rockin‘ Eve show, Mariah Carey bungled more than her singing: In her needlessly risque nude bodysuit, she looked like a splitting sack of over-ripe cantaloupes. 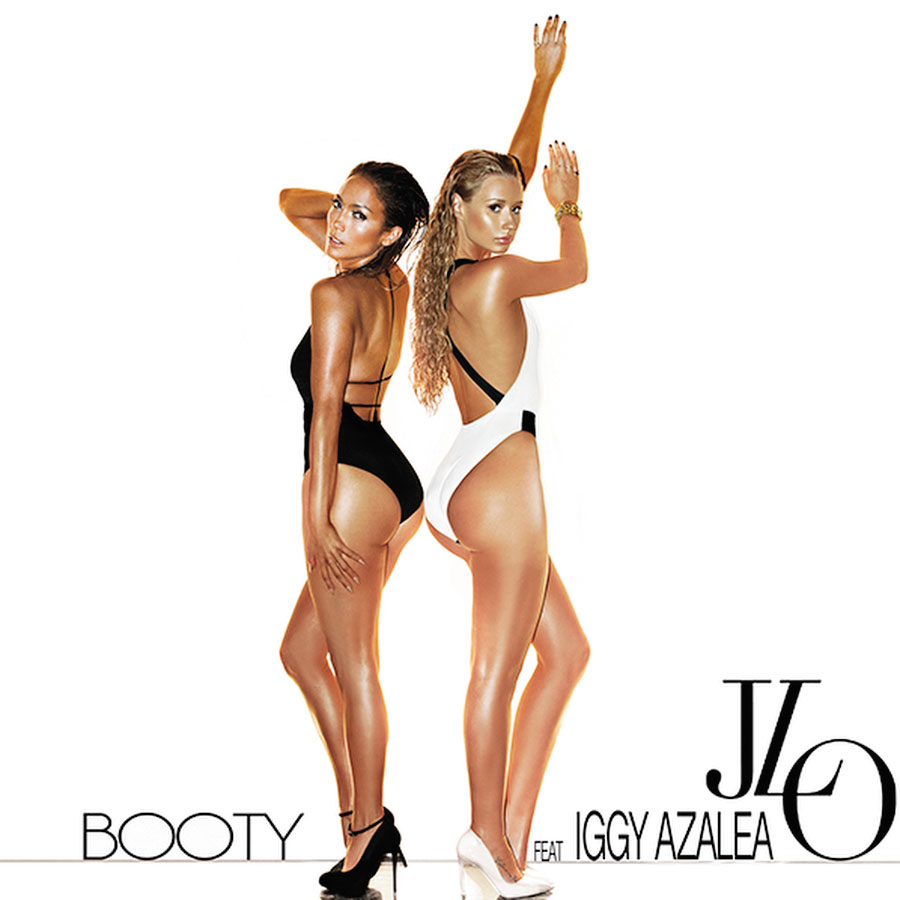 Billboard's Women in Music: Madonna Reflects on "Sexism and Misogyny and Constant Bullying" Over More Than Three-Decade Career

If any performer can provide a future blueprint for Hollywood aging, it may be that master of social media, Rihanna. No young star since the early Madonna years has such a gift for the camera — via intimate moody Instagrams or paparazzi shots in midnight streets. With her Chris Brown fiasco long receded, Rihanna has become her own studio, designing a profusion of cutting-edge fashions and adroitly shaping her public image as an irresistible combination of affability and mysterious reserve.

Most disappointing about Madonna’s speech was her collapse into rote male-bashing, which has escalated in Hollywood and surely will increase its cultural isolation from the national audience. The young Madonna was refreshingly sane in her teasing affection for men. Top movie actresses once projected an emotional depth, composure and adult authority that can only be called womanliness. Ingrid Bergman, Susan Hayward, Elizabeth Taylor, Deborah Kerr and Sophia Loren were no victims: They’re strong-willed personalities — onscreen and off. But all of them liked men, and it showed.

Women in or out of Hollywood who dress like girls and erase all signs of aging are disempowering themselves and aggressing into territory that belongs to the young. They are surrendering their right of self-definition to others. Men are not the enemy: They, too, are subject to nature’s iron laws. For the sake of its own art, Hollywood needs less sex war, not more. 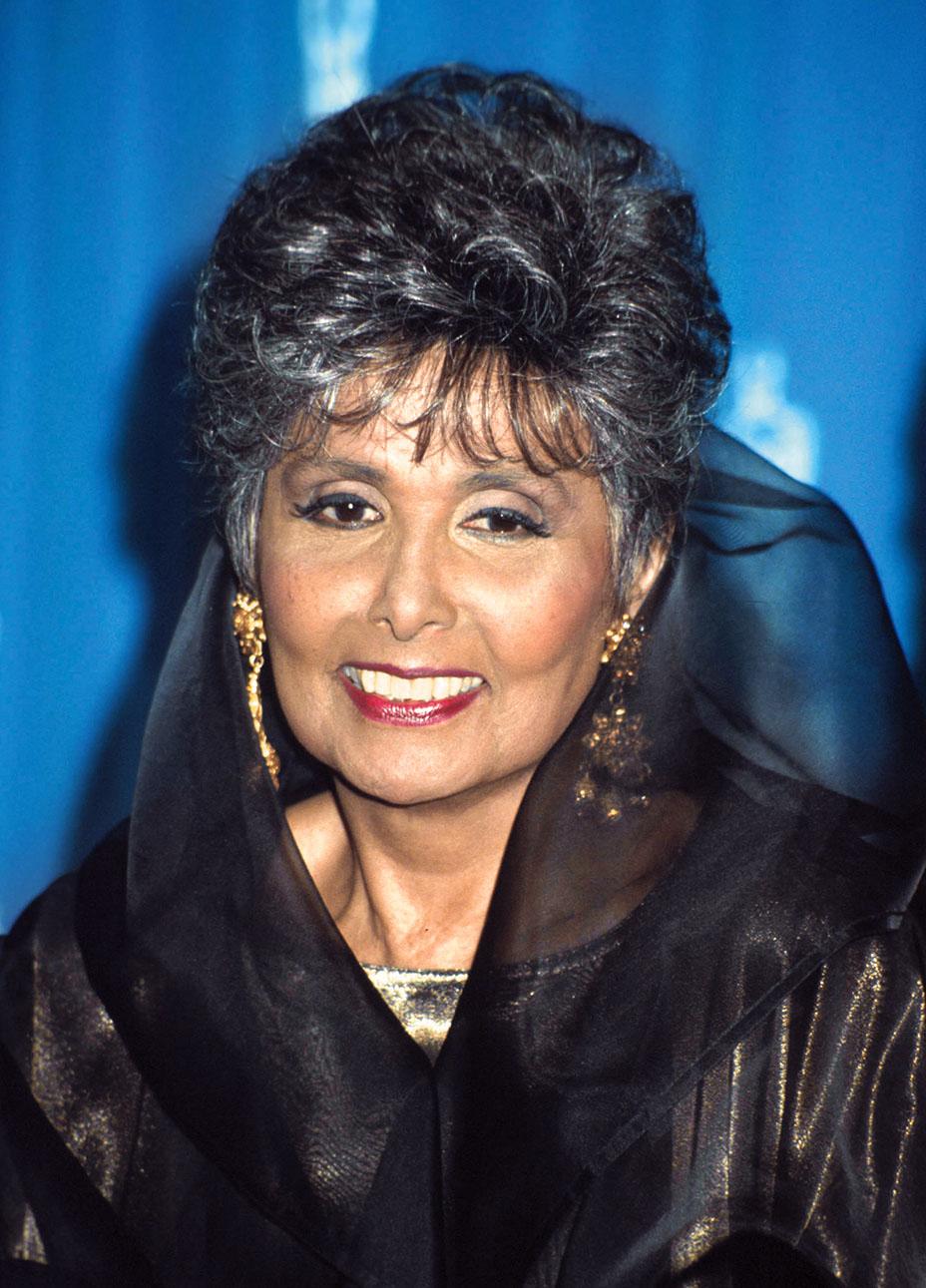 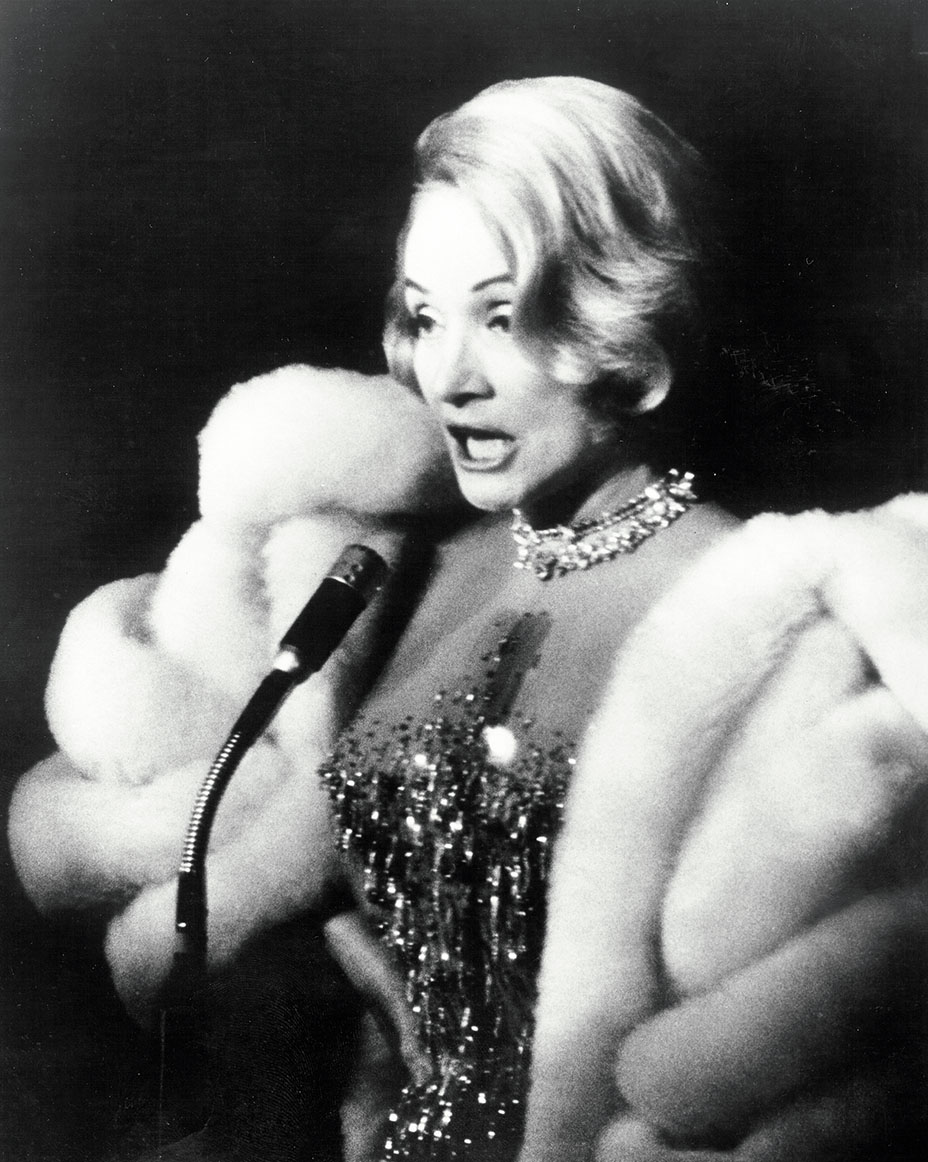 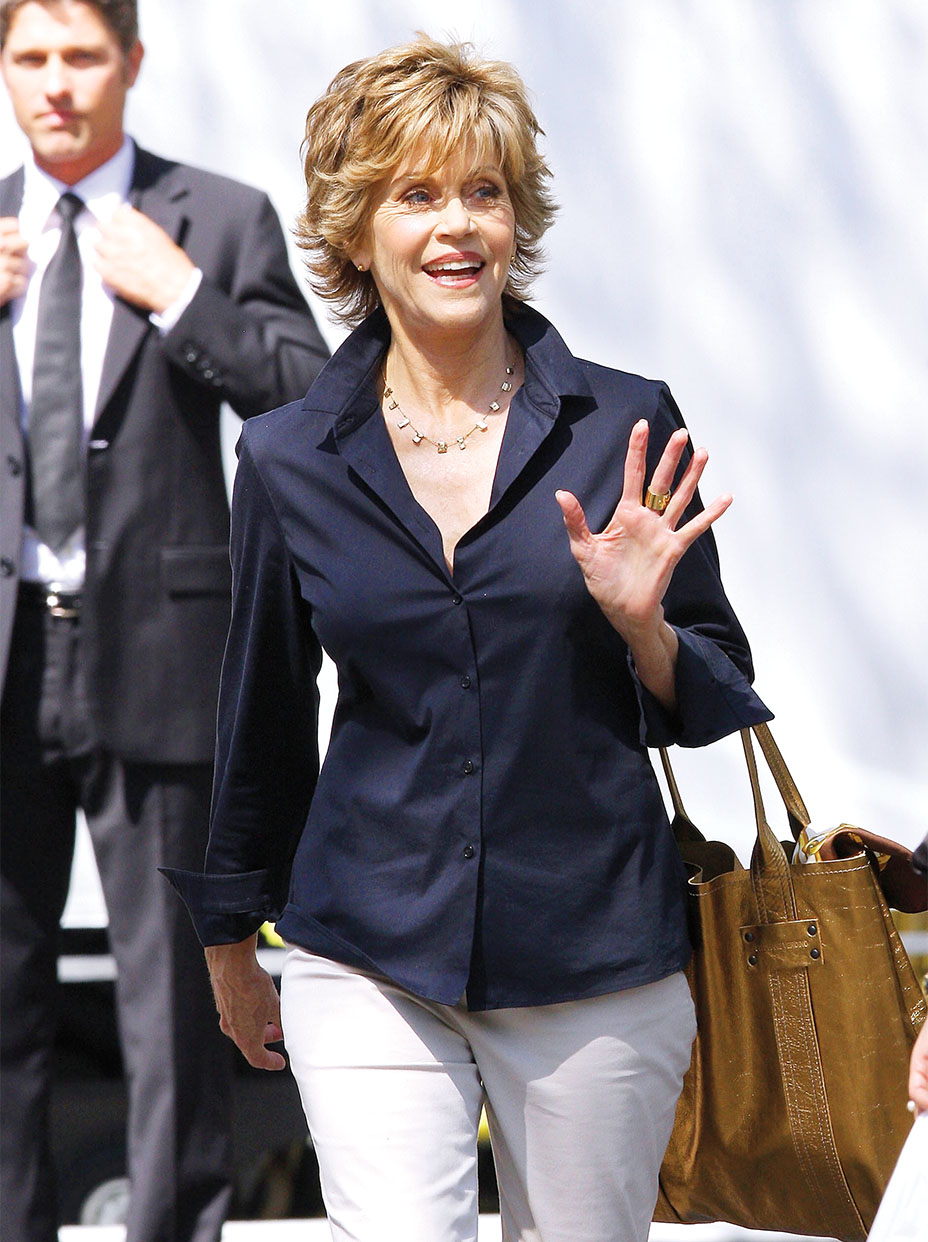 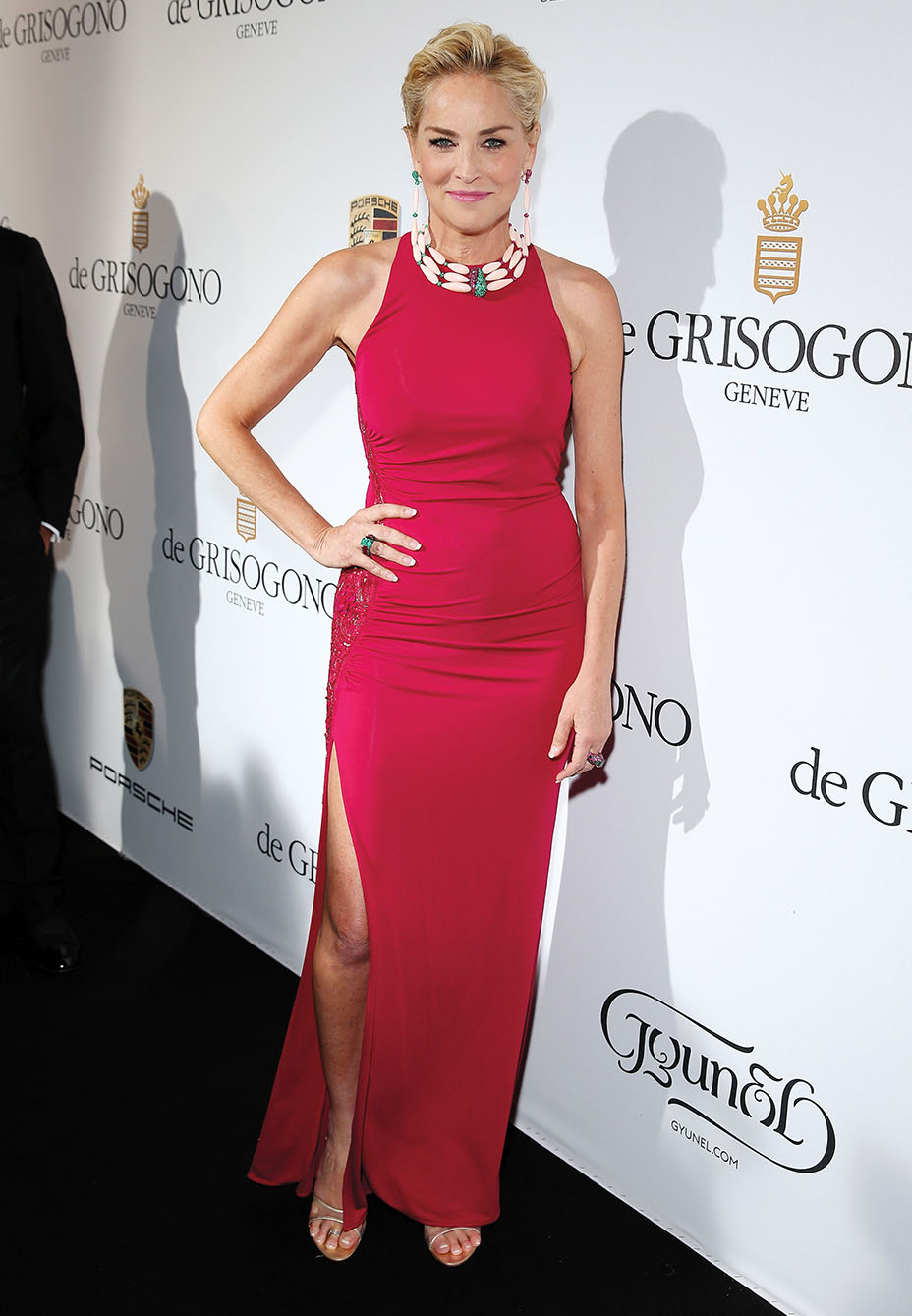