Welcome to the flesh parade!

For the past century, women in the Western world have liberated themselves by shedding more and more clothing, from beaches and ballrooms to today’s boldly bare-all Instagrams.

The pro-sex wing of feminism to which I belong celebrates this historical trend, which has been accelerated by Hollywood and the fashion industry as an expression of female power and autonomy. But is there a downside? With unapologetic exhibitionism now commonplace for both workplace wear and online dating, are confused messages complicating sexual relations and deepening the divide between men and women?

Since it was launched eight years ago, Instagram has grown into a global obsession, used by more than twice as many women as men. Mating has morphed into a digital mirage, dizzyingly multiplied on Snapchat and Tinder. Instagram’s tweaked, filtered photos and videos are both boon and curse, sharpening self-definition yet intensifying social anxieties and risking physical safety via hypersexualized self-advertisement and fantasy. 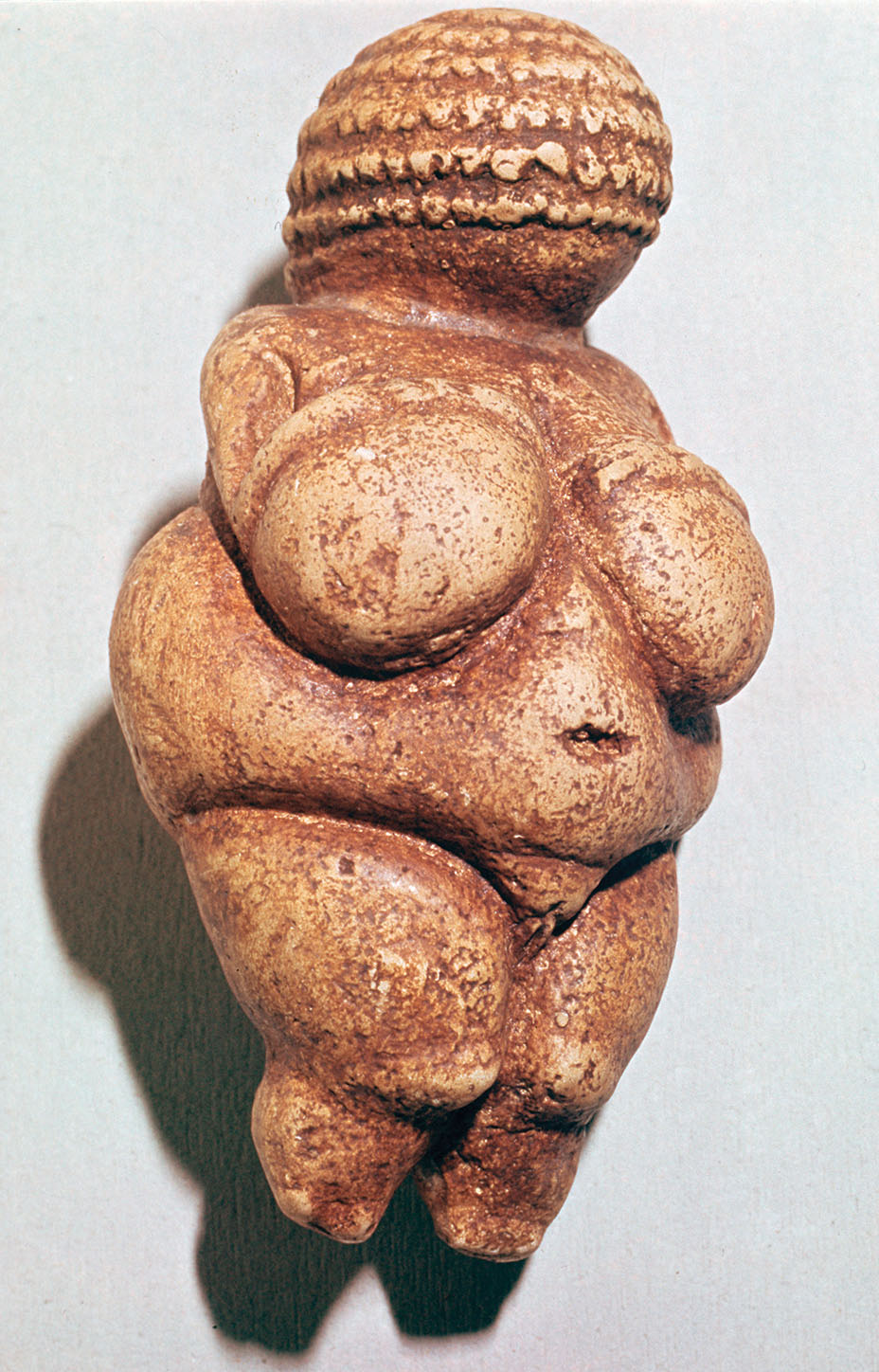 As a veteran defender of pornography and staunch admirer of strip clubs, I have to say that an overwhelming number of today’s female-authored Instagrams seem stilted, forced and strangely unsexy. Visual illiteracy is spreading: It is sadly obvious that few young people have seen classic romantic films or studied the spectacular corpus of Hollywood publicity stills, with their gorgeous sensual allure.

The leading artist of Instagram eroticism remains Rihanna, who for several years uploaded one brilliant image after another, often via the intuitive camera of her best friend, Melissa Forde. Rihanna understands magic, mood and mystique — sex as a shimmering state of mind. But the bright and shiny surface of too many of today’s female-generated Instagrams conceals a bleak and regressive reality, with men in the driver’s seat for careless, hit-and-run hookups. 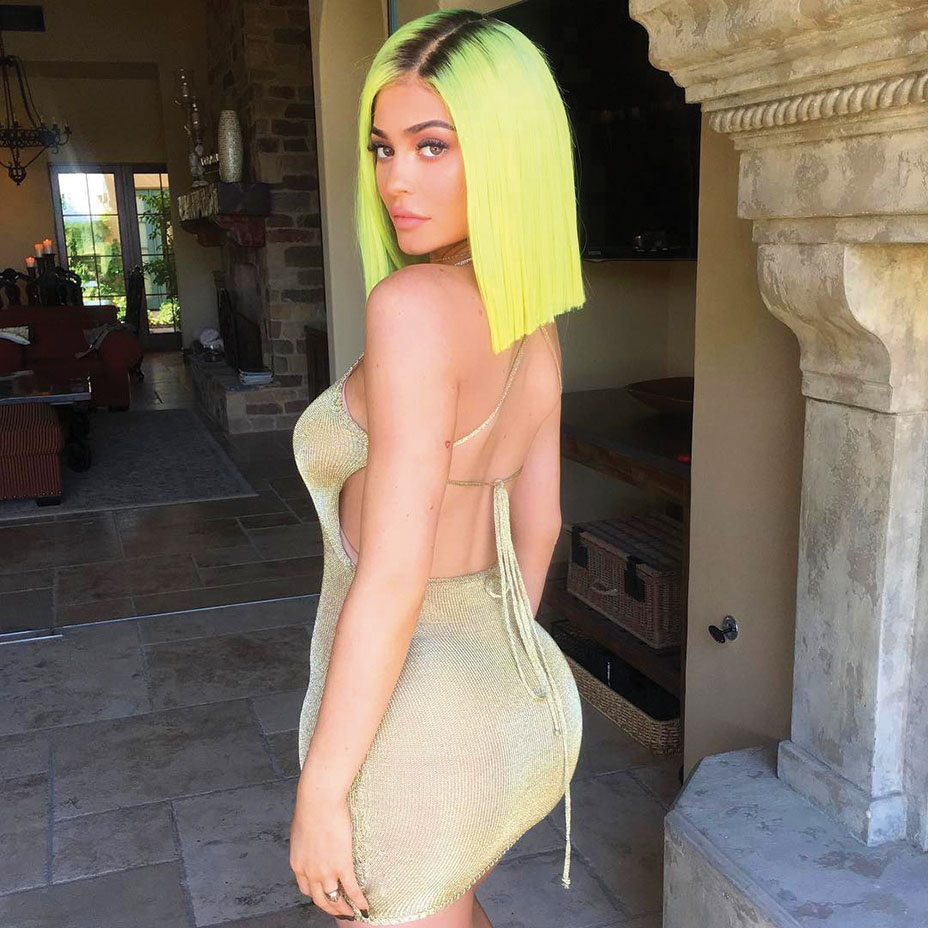 The sexual revolution sought and won by my 1960s generation envisioned women as responsible, mature free agents, equal to men. We certainly did not foresee that “booty pics,” reducing women to their buttocks like Stone Age fertility totems, would become a wildly addictive genre of Instagram self-portraiture. Pop music after Madonna became increasingly sexually explicit, but the current epidemic of radical carnal display probably began with Britney Spears flashing her bare midriff in the Catholic high school scenario of her 1998 video “… Baby One More Time.”

Ironically, sexed-up online exhibitionism has escalated as Hollywood movies have steadily lost their once world-famous genius for portraying romantic passion. Nuanced character drama has faded in an era of fast-action video games and superhero blockbusters. A-list women actors with skinny, Pilates-toned bodies seek “important” roles, not bittersweet stories exploring the mercurial vulnerability of love. Meanwhile, a movie ostensibly about sex, like the first installment of Fifty Shades of Grey (2015), was a lifeless and clinically antiseptic bore. 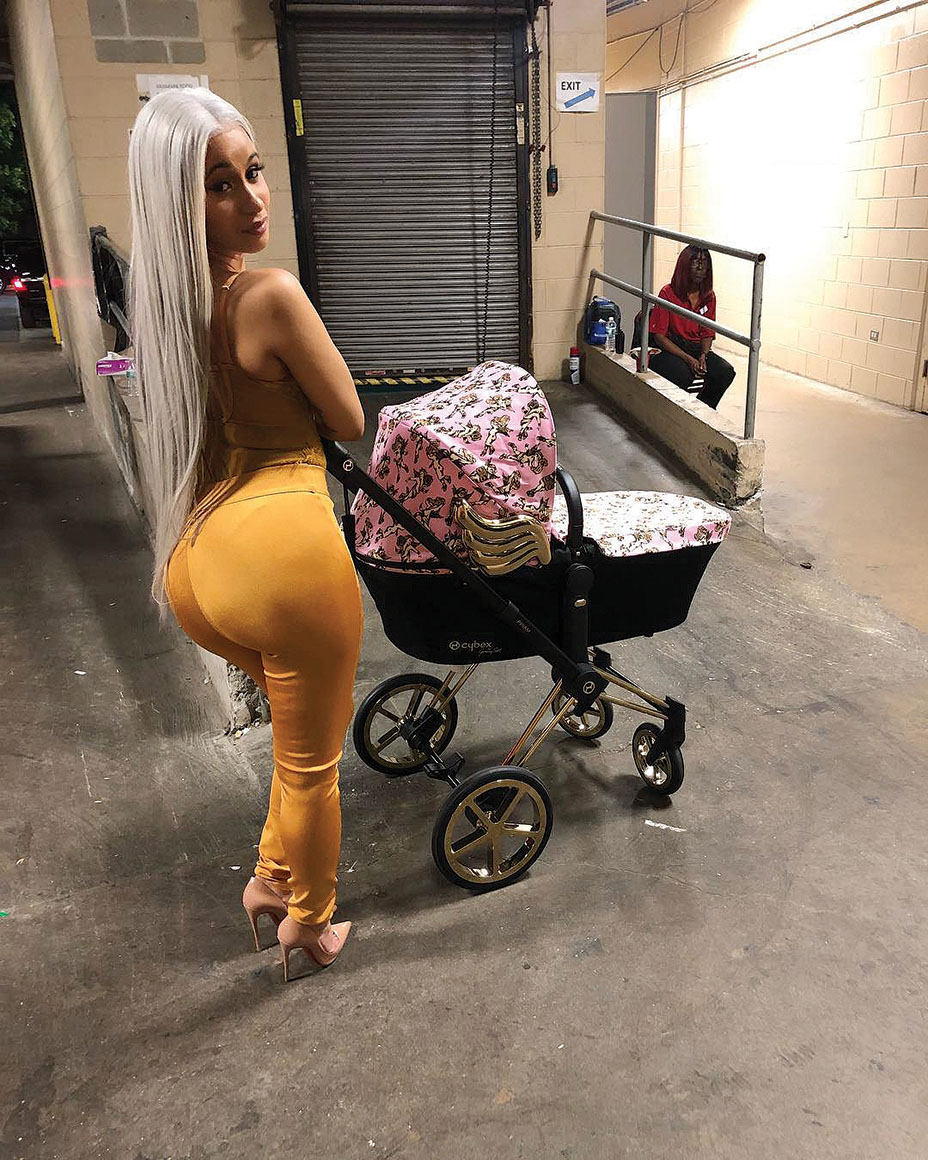 No American movie in decades has approached the blazing sizzle, conveyed simply by eye contact, of the first encounter of Rhett Butler (Clark Gable) and Scarlett O’Hara (Vivien Leigh) on the grand staircase of Gone With the Wind (1939). Electrifying onscreen energy was once generated by stark sexual polarization — old-fashioned gender differences, rooted in biology. Campus gender theory, with its universal androgyny and rigid social constructionism, is box office poison.

Here’s a short list of incandescent star couplings whose heat is now rarely duplicated by Hollywood, even in its monotonous remakes: Anthony Quinn and Rita Hayworth in Blood and Sand (1941); Humphrey Bogart and Lauren Bacall in To Have and Have Not (1944); John Garfield and Lana Turner in The Postman Always Rings Twice (1946); Gary Cooper and Patricia Neal in The Fountainhead (1949); Laurence Harvey and Elizabeth Taylor in Butterfield 8 (1960); Steve McQueen and Faye Dunaway in The Thomas Crown Affair (1968); Robert Redford and Barbra Streisand in The Way We Were (1973); and Michael Douglas and Glenn Close in Fatal Attraction (1987). 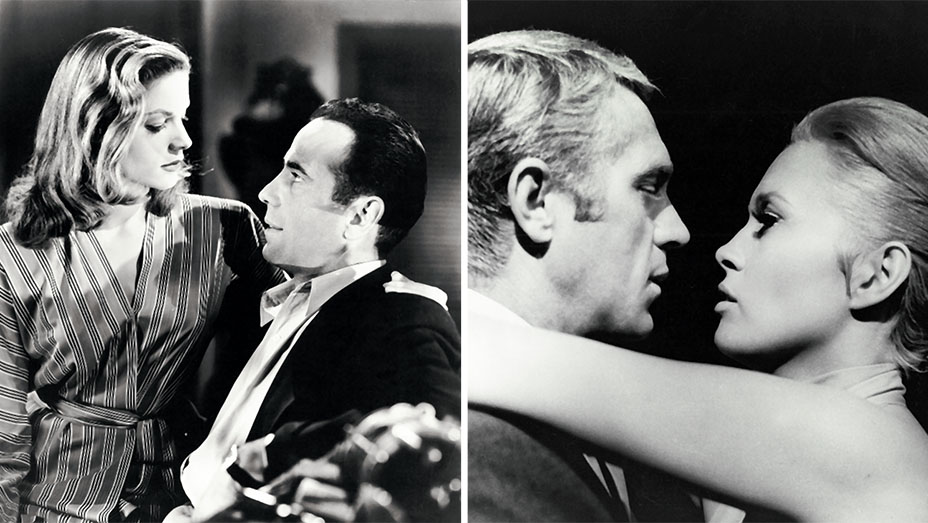 The massive entrance of women into professional careers in the 1970s put a spotlight on workplace attire. John T. Molloy’s Dress for Success books advised ambitious women to present themselves conservatively with sober colors, modest necklines and low pumps. That all changed with the arrival on nighttime TV of two ruthless businesswomen, Alexis Carrington Colby (Joan Collins) on Dynasty (1981-89) and Abby Ewing (Donna Mills) on Knots Landing (1979-93). Collins and Mills created a stunning formula for glamorous power dressing that still flourishes today. But many of today’s young professionals sporting stiletto heels, miniskirts and plunging bodices might not realize that to wear that fabulous drag, you need a killer mind and manner to go with it. Alexis and Abby incinerated the landscape with their ferocious willpower.

Given our rising concern about sexual harassment, it’s time for a major rethink and recalibration of women’s self-presentation on social media as well as in the workplace. The line between the public and private realms must be redrawn. Be yourself on your own time. The workplace should be a gender-neutral zone. It is neither a playground for male predators nor a fashion runway for women. Men may sometimes read literally what women often mean only symbolically. But complaining to and weaponizing a paternalistic Human Resources bureaucracy is not the path to women’s true liberation. 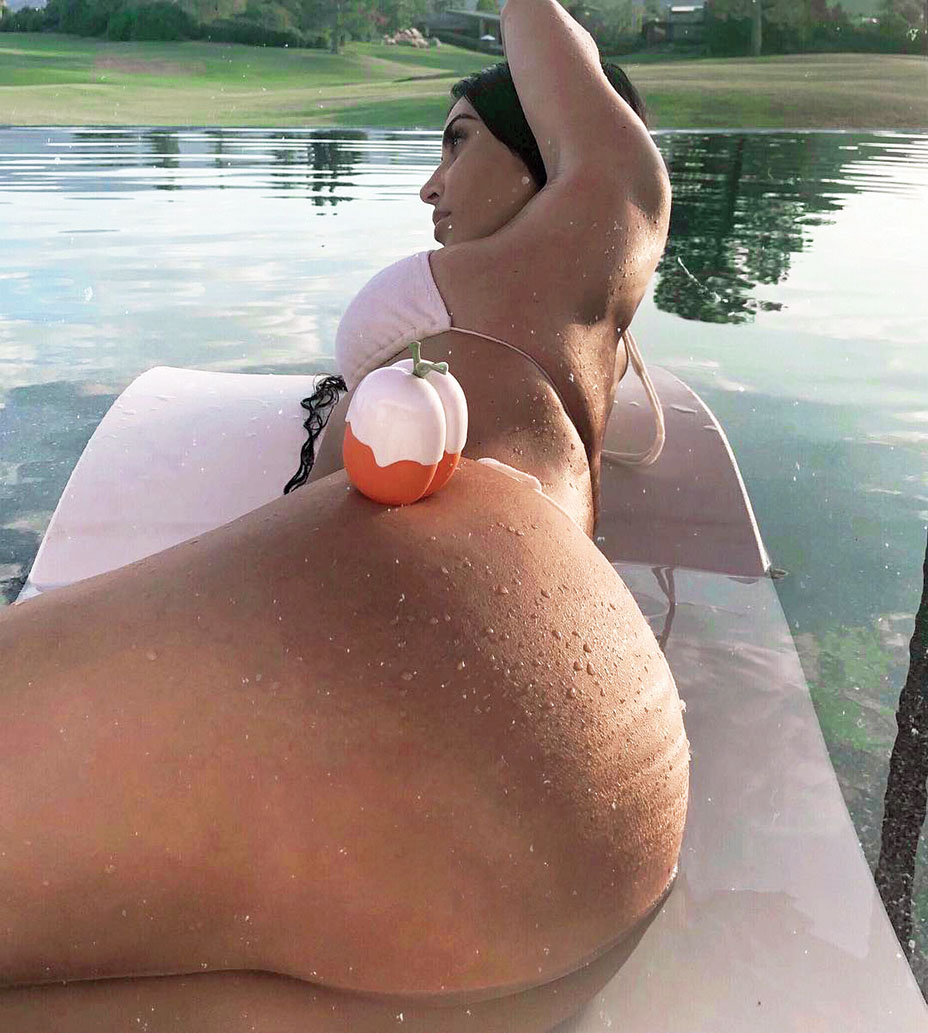 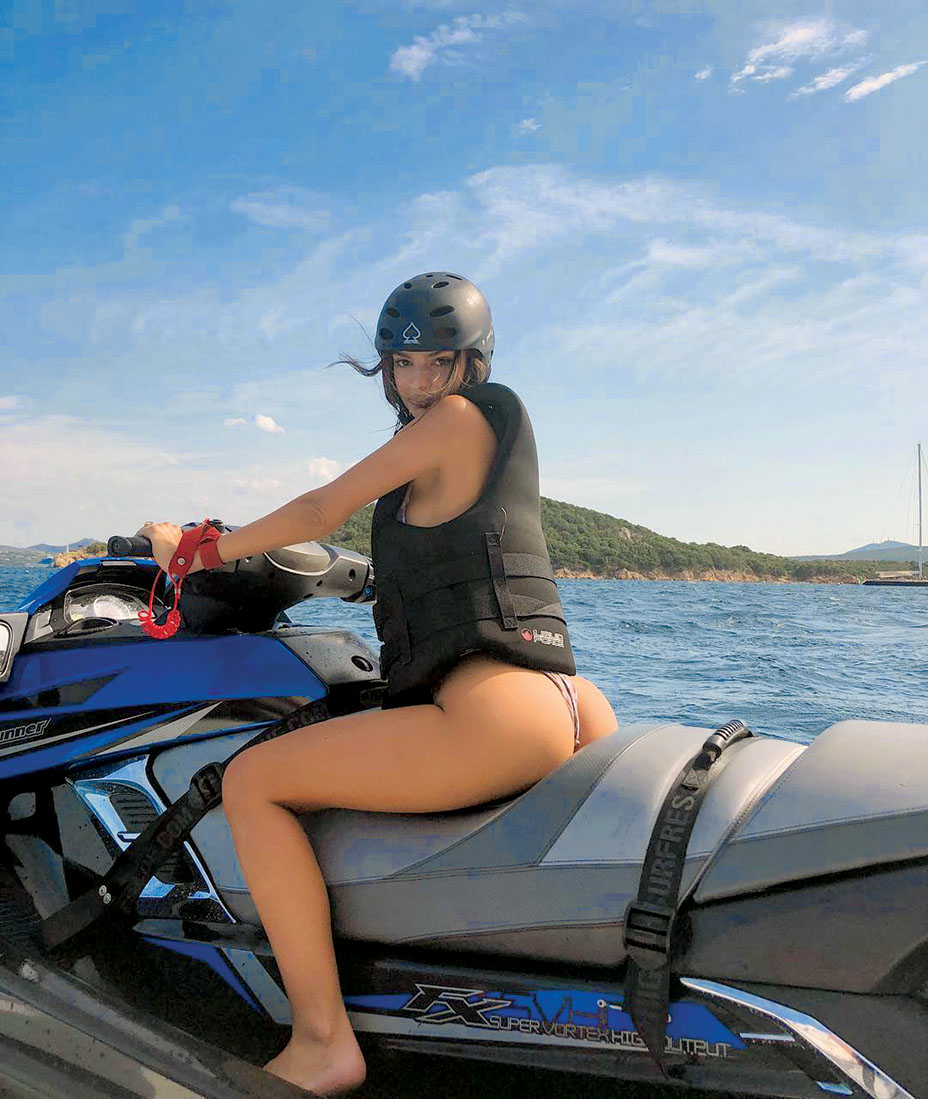 The current surplus of exposed flesh in the public realm has led to a devaluation of women and, paradoxically, to sexual ennui. A sense of appropriateness and social context has been lost, as with Ariana Grande wearing a sleeveless minidress with bared thighs to perform from the pulpit at Aretha Franklin’s funeral. That there is growing discontent with overexposure in Western women’s dress is suggested by the elegant flowing drapery of Muslim-influenced designs by Dolce & Gabbana and Oscar de la Renta, among others, in recent years. An exhibition, Contemporary Muslim Fashions, opened Sept. 22 at the de Young Museum in San Francisco.

One of the greatest photographs ever taken of a Hollywood star was Edward Steichen’s 1924 close-up of Gloria Swanson through a lavishly embroidered black veil. It conveys tremendous power, dignity and enigmatic reserve. If women want respect in society, they must do their part to raise their own value. Stop throwing it away on empty display.

Paglia’s Provocations: Collected Essays will be published by Pantheon on Oct. 9.