About 1,000 feet down the beach from AFM headquarters sits the Hotel Casa Del Mar, erected in 1926 at the then-unheard-of sum of $2 million ($28 million today). Originally dubbed the Club Casa Del Mar, it was the grandest of the more than 200 exclusive beach clubs that dotted the coastline at the time.

Beach clubs — hedonistic playgrounds for elite Hollywood types in the last roaring days before the Great Depression — were a fad in those days. Casa Del Mar had 5,000 members, everyone from movie stars to socialites to wealthy businessmen, who would arrive in a grand procession of Rolls-Royces and colorful roadsters and tip a friendly doorman in gold epaulets as they made their way through the grand entrance on Ocean Avenue. Inside, they schmoozed while attending Sunday concerts in the grand ballroom, championship aquatic events in the heated, indoor swimming pool and barbecues on a members-only private beach. 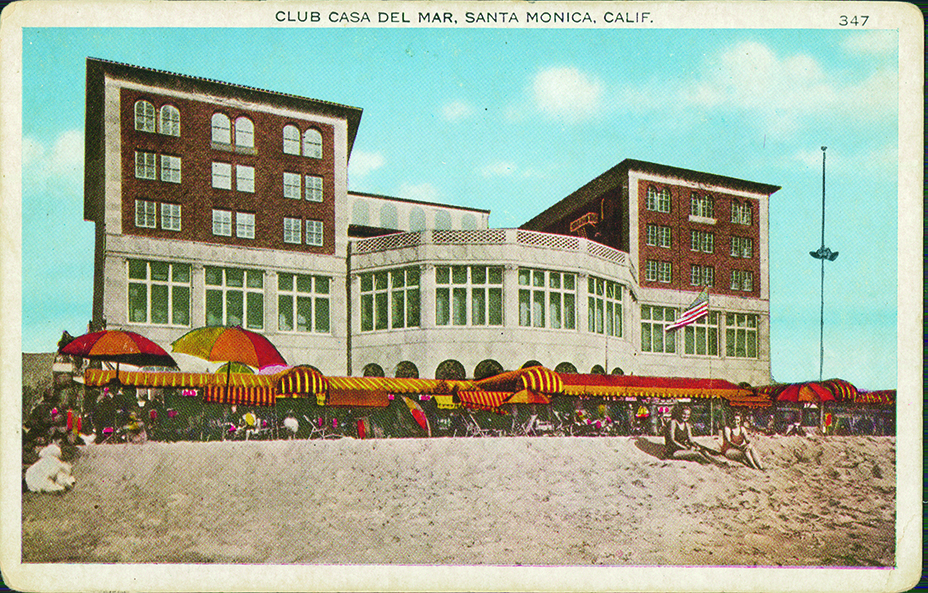 Prohibition was the law of the land at the time, but booze — premium-label stuff smuggled in from Canada, not bathtub gin — was always plentiful at Casa Del Mar, as were illegal slot machines and late-night skinny-dipping in “The Plunge,” the pool’s nickname. (Local papers and cops always managed to look the other way.) The biggest stars of the day — Clara Bow, Charlie Chaplin, Norma Shearer and John Gilbert, a Greta Garbo paramour who failed to successfully transition to talkies — could be spotted there. Up-and-comers loved it too, including a young Joan Crawford (pictured at age 20).

Somehow, Club Casa Del Mar made it through the Depression, but it was repurposed as a Navy base in World War II and never recovered. In 1999, it underwent a $60 million renovation and was reborn as the luxury hotel it is today.

This story first appeared in The Hollywood Reporter’s Nov. 2 daily issue at the American Film Market.