Longmire actress Cassidy Freeman recently spoke with THR about the impact of publicly sharing her sexual harassment accusations against Entourage star Jeremy Piven at “An Evening with WildAid,” an annual event raising money to protect endangered species and marine habitats.

“I was taught as a very young girl that when you see something, you say something. Unfortunately, I didn’t say something at the time because it’s scary and I was very young. Now I get to say something, and I have to look myself in the mirror,” Freeman said.

Freeman is one of three women to accuse the actor and producer of sexual harassment this month, along with Playboy Playmate and reality star Ariane Bellamar and advertising executive Tiffany Bacon Scourby. The actress rebutted Piven’s vehement denial of the allegations on Instagram.

“Of course he’s going to deny it. I wish that he would take responsibility, but that’s on him. My wish is that no other girl or woman needs to feel fearful of him in the future,” said Freeman of Piven’s insistence that the accusations against him are “completely fabricated.”

In this unprecedented watershed moment for sexual assault, not only in the entertainment industry but systemically in our culture, Freeman believes people must “accept this reality” and “stand in the truth and to be uncomfortable.” While she wants to open up more about her personal experience with Piven, she recognizes the women who choose not to come out and that people must have respect for those who “have to bear the burden of what we went through.”

“You cannot quantify hurt or pain or assault. And at the same time, those that maybe didn’t suffer such brutal assault can speak out more openly than those that have,” Freeman said. “And if they can be a conduit, a bridge to those who suffered things that they can’t even speak about, then that’s what we need. We need the unveiling of the truth.” 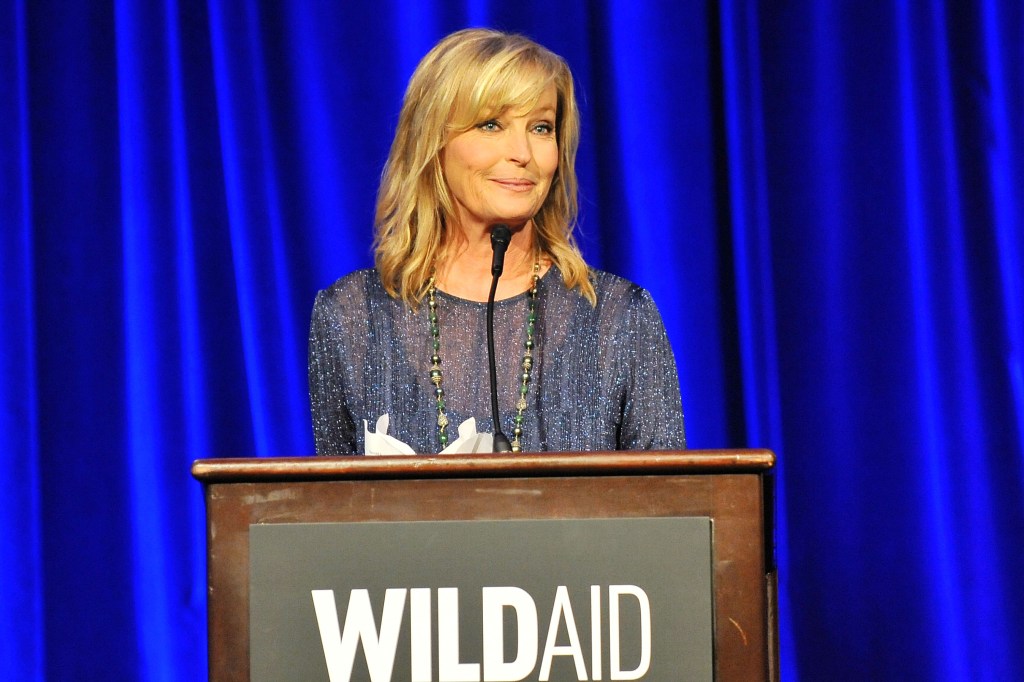 10 actress Bo Derek, a 15-year board member of WildAid, spoke of the importance of those within the entertainment industry speaking out about sexual assault. When asked if she had experienced sexual misconduct while working in the industry, Derek replied bluntly, “Of course. We all have.” She believes it is significant to continue speaking out and condemning sexual misconduct for those that find it difficult to stand up for themselves.

“I personally had an [encounter with an] actor that was very annoying, and I happened to be the producer, so I fired him,” Derek revealed to THR. “I was in the position of power at the time. But it turns out some people have a hard time standing up for themselves, so this seems to have helped them. I never did.”

Maggie Q, a longtime ambassador for WildAid and an outspoken activist for animal rights, believes celebrities should speak out not only about sexual assault but issues that are important to them: “I think that if you are fortunate enough to live this life, the work that you do, the work that you love, live a life that’s very privileged, we have a responsibility to have a voice for something — it doesn’t have to be for animals.” She told THR that the “new world order” happening right now, in which women have been emboldened to speak out about their experiences with sexual assault, “puts a smile” on her face.

The black-tie gala, held at the lavish Beverly Wilshire Hotel, awarded Josh Duhamel with the Wild Life Champion Award and featured a gourmet vegan dinner from critically acclaimed chefs Tracey Des Jardins of Jardinière and Mary Sue Milliken of the Border Grill. They both participated in the silent and live auctions to raise funds for WildAid’s cause as well. 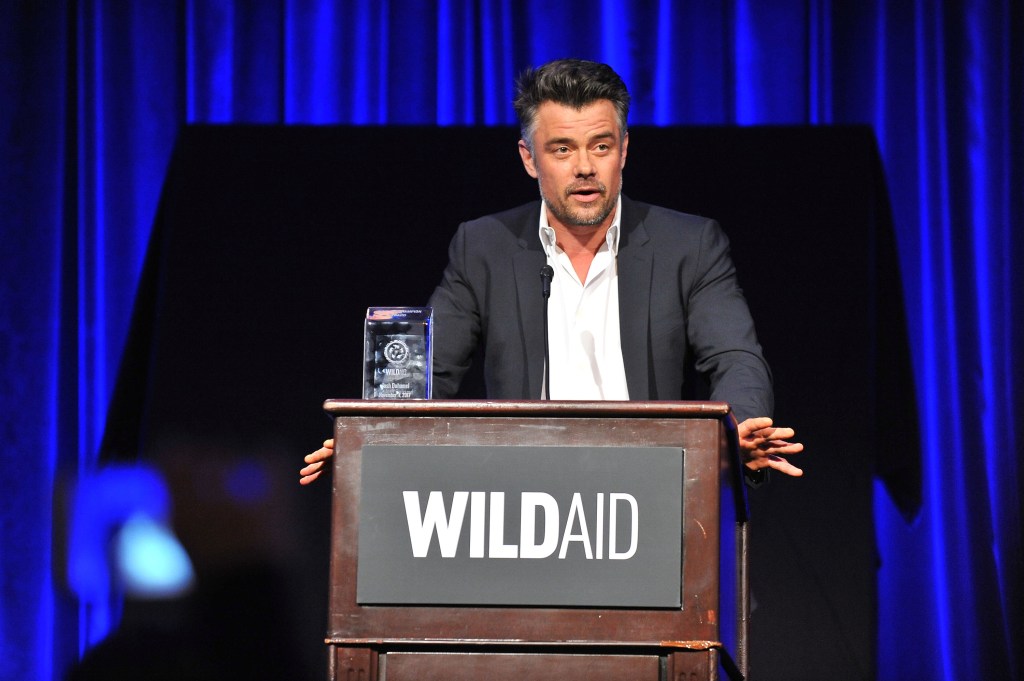 Guests also enjoyed standing-ovation-worthy performances put together by 16-time Grammy Award-winning music composer David Foster, who performed hit singles he produced that, he quipped, now maintain the homes and lifestyles of his ex-wives: “But I’m not bitter.” The entertainment also featured several guest artists, including Foster’s partner, Katharine McPhee, who sang about her love for her adopted Chihuahua, Larry. 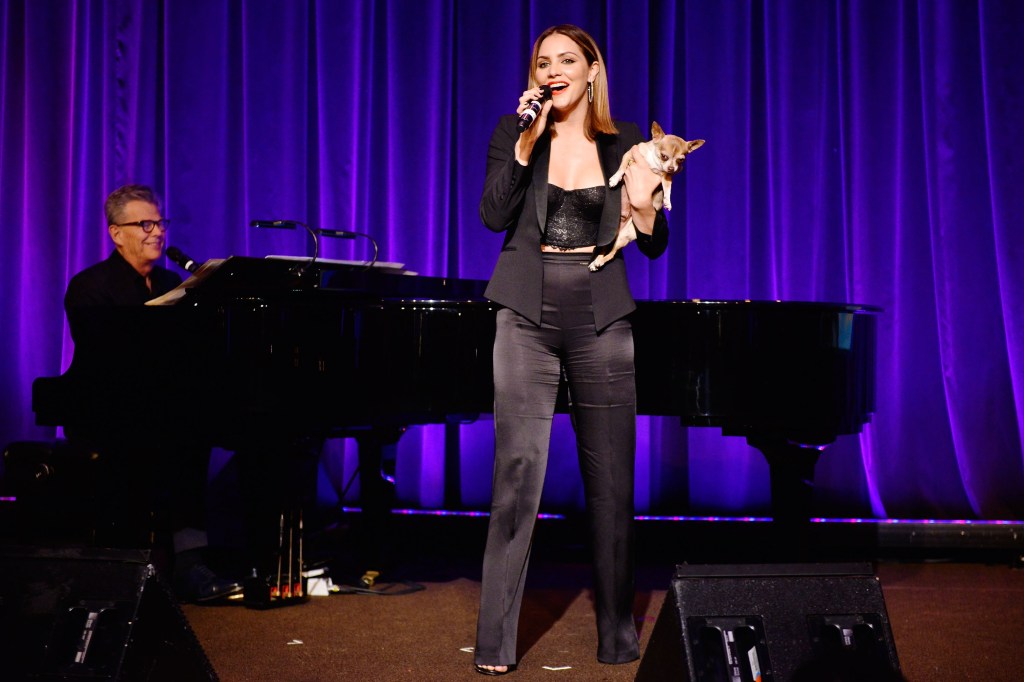 WildAid seeks to “reduce global consumption of wildlife products by persuading consumers and strengthening enforcement” through celebrity ambassadors, including Duhamel, Lupita Nyong’o, Jackie Chan and Leonardo DiCaprio. The organization implements various media campaigns all over the world with the slogan “When the Buying Stops, the Killing Can Too.”

WildAid raised $2.9 million at the gala for its mission to “end the illegal wildlife trade in our lifetimes.”

@jeremypiven You will deny this because, sadly, she’s deniable. The backlash this woman received was horrendous. And whether or not her accusations are true, the TRUTH is I know you. I know what you did and attempted to do to me when I was far too young. THAT I know. And you know it too. Unless there were so many of us, that you can’t remember. Predatory behavior is a chronic way for you to seek power. Do you feel powerful? With your lawyers and your networks and your die hard man-fans who call your victims bimbos? Or do you know, in your rotten gut, that you will have to lie for the rest of your life? I hope from now on, you keep it in your pants and you never get to do it again.

Grammy Award-winning composer David Foster goes through the singles he helped produce that his ex-wives half own. But he’s “not bitter.” pic.twitter.com/MfQiuc4q41