“It is always an honor to be recognized by one’s peers and in one’s hometown. ICA is the creative heart of the downtown L.A. community,” Saar says in an email. “It offers the people of downtown access to art by presenting interesting and unusual exhibitions and programs.” The 92-year-old boasts her own gallery in The Broad’s current exhibition, Soul of a Nation, focusing on African-American art from 1960 through 1980, and has a show at MoMA in October running simultaneously with another at LACMA this September.

“She’s getting a lot more recognition,” Pounder tells The Hollywood Reporter about the artist, a friend and traveling companion for 20 years. “The charm, the excitement and the lauding,…had it come 50 years ago, 40 years ago, might have a different reaction than from someone who has literally almost lived a century and seen so many things.”

Originally from British Guiana near South Africa, Pounder met Saar when she invited Saar’s daughter, Alison, also an artist, to visit Africa and Betye tagged along. They’ve been traveling companions ever since, though in the intervening years Pounder has made a name for herself on shows like The Shield, playing no-nonsense LAPD Captain Claudette Wyms, and as Coroner Loretta Wade on NCIS New Orleans, for which she’s currently shooting. It’s an enviable day job when she’s not moonlighting as Mo’at, mother of Zoe Saldana’s Neytiri in James Cameron’s Avatar sequels.

Saar began making art in the late ’50s, later finding her voice inspired by artists like Joseph Cornell, who made assemblages from found objects, and Simon Rodia, whose famous Watts Towers are likewise sourced. Reclaiming images and icons of the Jim Crow era, such as Aunt Jemima, who turns up in numerous iterations, has become a hallmark of Saar’s work, which often possess a folksy earthiness imbued with magic.

The biannual benefit event recognizes artists who have made significant contributions to the canon of art history. Past honorees include Carrie Mae Weems and Henry Taylor. “Betye has a been a pioneer in her work. She has been a beacon, literally, for artists for more than seven generations,” says outgoing ICA LA Director Elsa Longhauser. “It seems absolutely right that we honor Betye at this moment. She really deserves to be honored, probably long before, but certainly now.”

Pounder recalls getting together with Saar in South France about 10 years ago when the artist said she was working on an idea called Fade. “She was a woman of a certain age and you were not meant to be here forever. She had me take photographs of her near dying vines or dried up foliage and things like that, and it had this passage of time,” recalls the actor of a project not yet realized by the artist. “She just continues to create new and spectacular work. When you take a really good look at it there’s always a hint of spiritual life, this hint of the magical.” 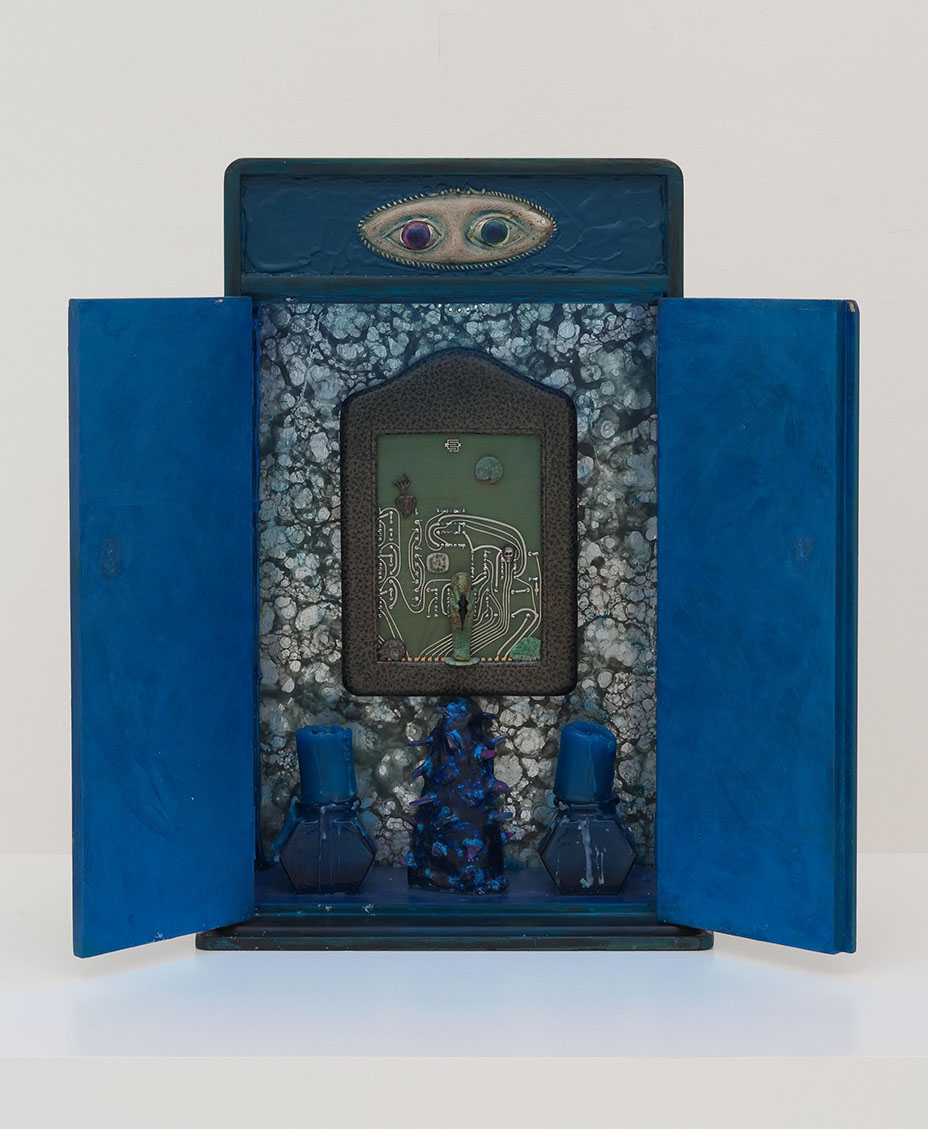