Anyone curious to get a glimpse of what urbanists envision for the future of Los Angeles — less suburban, more vertical living with a greater emphasis on walkability and public transportation — could do worse than to study the renaissance taking place in the 176-acre Westside neighborhood of Century City. For more than half a century, the development built on the old Fox backlot was derided as a windy collection of unexceptional office towers where lawyers congregated before they clocked out. But proof of concept for luxury housing in the area was established in 2013, when Candy Spelling moved into her $35 million condo in the Robert A.M. Stern-designed Century Tower on Avenue of the Stars. Paula Abdul also owns a unit in the amenity-rich building, as do celebrity chef Nobu Matsuhisa and, according to several sources, Rihanna. Now a residential boom is taking hold as a string of massive projects in various phases of development are betting that the area can compete with Brentwood, Santa Monica and West Hollywood.

“It is going to be a fantastic place,” says LA Realty Partners’ Gary Weiss, who admits to having fully imbibed the local “Kool-Aid.” Three years ago, Weiss — who has negotiated some of the biggest leases in Century City, including CAA’s 2007 move to the “Death Star” at 2000 Avenue of the Stars and WeWork’s recent 15-year, 65,000-square-foot lease on Constellation Boulevard — sold his Calabasas home of 23 years and bought a condo in The Century (where a penthouse is listed for $26.5 million). “In the last 10 years, it has become a real neighborhood,” says Weiss. “It’s not just your father’s law firm anymore.” 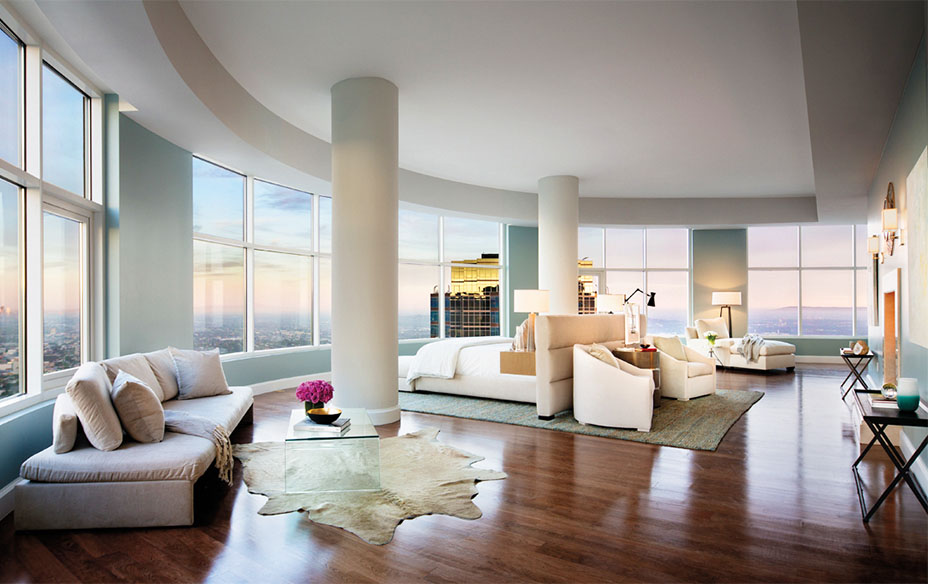 Anchoring all this is Westfield Century City’s $850 million renovation, which recently opened its first phase of retail shops, including a 156,000-square-foot Macy’s. Burger lovers are lining up at the Shake Shack and eagerly anticipating the September opening of Mario Batali’s Italian food and wine emporium Eataly. Dumpling spot Din Tai Fung, a favorite of food critic Jonathan Gold, also is scheduled to open there in the fall. (Just as hotly anticipated, if farther off, is a planned MTA Purple Line stop, scheduled to open in 2026.)

Keeping Century City sleepy up to now has been a dearth of luxury housing, but in January, residents started moving into Ten Thousand, a 40-story, 283-unit luxury apartment complex on Santa Monica Boulevard at the border of Beverly Hills (monthly rents range from $9,000 to $25,000). Developer Crescent Heights doubled down on all-inclusive amenities, which range from the normal (private theaters, on-call personal drivers) to the slightly more frightening (robot butlers, a Botox bar). Crescent Heights executive vp Roman Speron says the first buyers have been a mix of “old and new money,” foreigners and local homeowners looking to downsize. 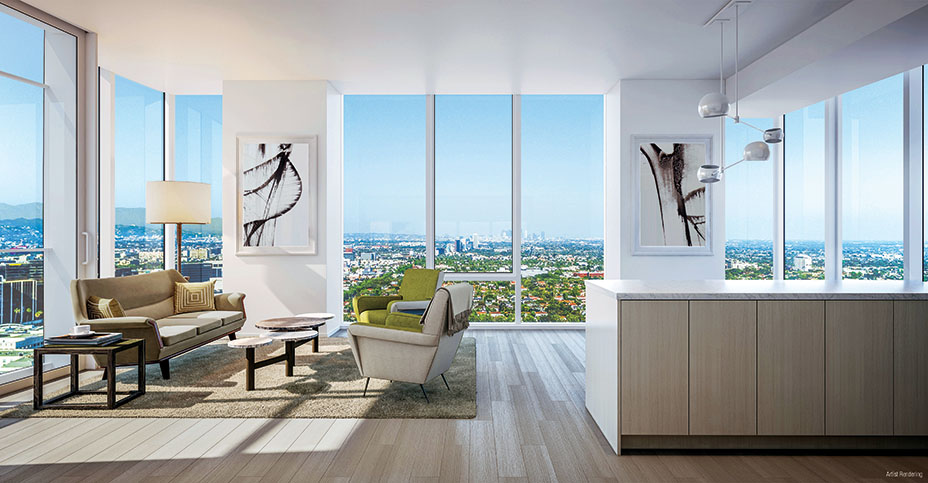 Up the street, developer Michael Rosenfeld and his Next Century Partners are halfway through a $2.5 billion renovation of the Century Plaza Hotel, which will add two 46-story residential towers (290 condos) and convert the hotel into 394 rooms and 63 more condos with 94,000 square feet of retail. Across the avenue is Century Woods, where Jane Fonda just bought a $5.45 million condo in the complex’s 10-villa Enclave. Less than a mile north, Dalian Wanda Group will soon break ground on its $1.2 billion hotel and condo One Beverly Hills along Santa Monica Boulevard (not far from Beny Alagem’s new Waldorf Astoria and his two residential towers in development). 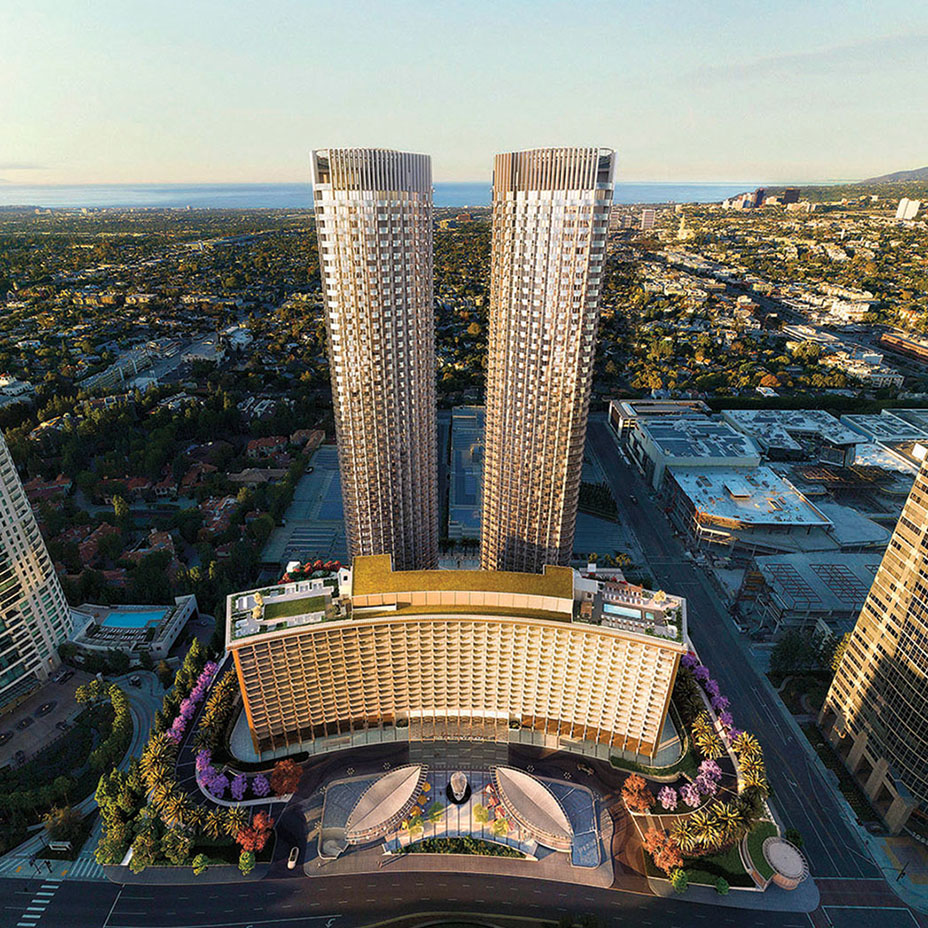 Says The Agency’s Billy Rose, “Between the Waldorf, the Century Plaza and One Beverly Hills, you are going to have a shift in the center of the city.”