The Hollywood Foreign Press Association on Thursday night took over the Beverly Hilton’s International Ballroom, the same space that hosts the organization’s Golden Globes — and that fact was not lost on William H. Macy.

“We’ve got this joint to ourselves tonight,” explained the actor in his opening remarks as host of the 2018 HFPA Grants Banquet. “We own it, so spread out.” The Shameless star was speaking about the seating — he encouraged guests to enjoy their time in the “pit” because once the Globes come back to the room, A-listers will own the VIP area closest to the stage — but he might as well have been referencing the money the HFPA doled out during the gala. It was spread out, too, and there was a lot of it. 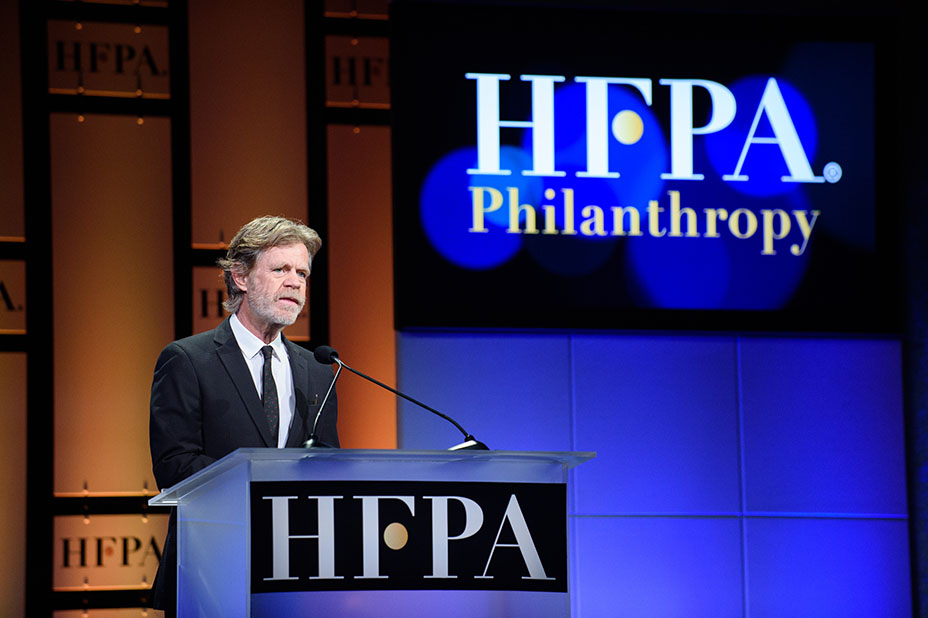 The HFPA presented $3.25 million to a long list of organizations with the help of a long list of boldfaced names on a night free of trophies and perfunctory thank-yous. Instead, actors stepped up to the podium and delivered prepared remarks that served to promote nonprofit groups or schools and explain those organizations’ respective mission statements. The event also shined a spotlight on the philanthropic work of the HFPA, which has donated more than $33 million over 25 years to entertainment-related charities, scholarship programs and humanitarian efforts.

“There will be no colluding, fake news, nepotism, tweets, swamp draining, document checking, boats being untied and sent adrift or alternative facts,” Macy quipped. “Tonight, we are here to do good, and by that I mean give out more than $3 million to various worldwide charities, educational institutions and community support groups.” 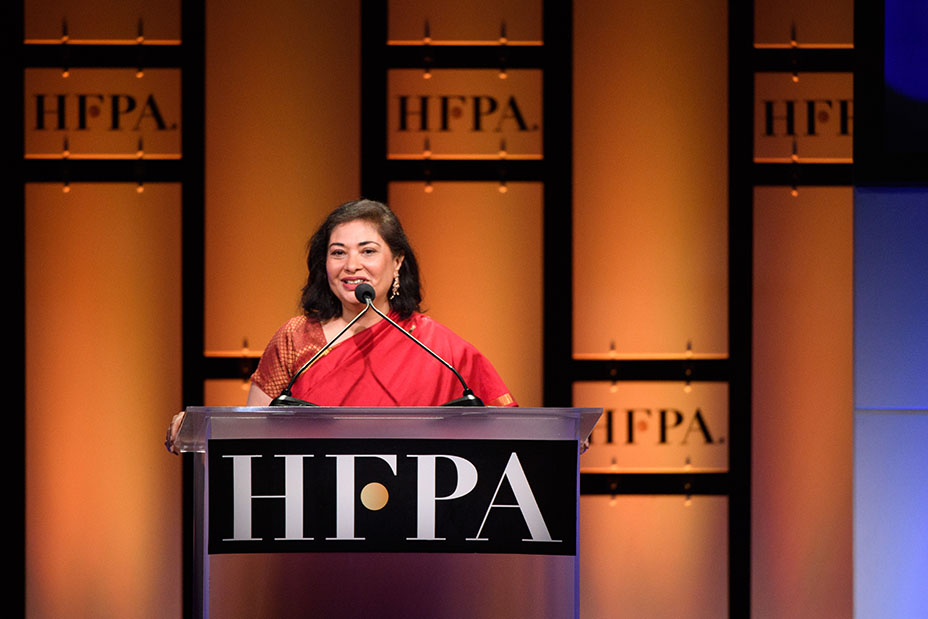 Erivo sang a rendition of “Home,” the iconic song from the musical The Wiz, which earned a standing ovation. It came on a night that happened to be the birthday of the late singer Whitney Houston, who passed away in the hotel. Houston famously performed “Home” during her very first television appearance on The Merv Griffin Show. (“The spirit is here,” Houston super-fan Waithe told The Hollywood Reporter.)

Today is legend #WhitneyHouston birthday. I talked to ever rad @LenaWaithe tonight about wishing “Nippy” a HBD then I watched incomparable @CynthiaEriVo sing “Home” to standing o. Whitney died in this hotel so, yeah, there was some spirit here working magic. #HFPAGrants pic.twitter.com/7MURVCYAxu

Other highlights of the event included:

• Carell presented a $250,000 grant to the Refugee and Immigrant Center for Education and Legal Services (RAICES). The Texas-based organization promotes justice by providing free and low-cost legal services to underserved immigrant children, families and refugees in Central and South Texas. RAICES has been instrumental in the fight to reunite families who were recently separated at the border, and that’s what drew the HFPA to donate money to the cause. “We are all immigrants in this association, so that really speaks to us that everybody came here for a better life for the promise of America,” Tatna told THR. “To see what’s happening, we wanted to help.”

• Garner presented a new grant from the HFPA to The Actors Gang, the nonprofit founded by actor Tim Robbins. “For an actor, performing works that are relevant to the world in which we live is the ultimate reward,” said Garner. “The goal of this program is finding a creative prevention; reaching those students who do not respond to traditional learning methods by giving them the freedom of self-expression.” On the blue carpet prior to the event, Robbins told THR, “I’m honored and grateful for their generosity.”

• Cho and Long proved to be the night’s most entertaining duo, going off script several times and punching up their prepared remarks. Cho accepted a grant on behalf of the Coalition of Asian Pacifics in Entertainment, which offers year-round services to Asian Pacific American entertainment professionals. “As someone born in Seoul, South Korea, who lives and works in L.A., I passionately believe that promoting diversity and cross-cultural awareness is more important than ever to ensure fair and interesting storytelling, and to give minority filmmakers the opportunity to broaden the audiences’ horizon,” said Cho.

• Bateman was joined onstage by Fanning and accepted a grant on behalf of California State University Dominguez Hills Film School. “Many of the more than 15,000 students are minorities, often struggling with homelessness; others care for children or aging parents, or are undocumented or products of the foster care system,” the actor said. “This HFPA Fellowship will assist those students who face financial hardships and give them an innovative strategy for success.”

• Reitman and Cuaron announced an initiative led by the HFPA in partnership with Film Independent. Rising filmmakers from this year’s Venice International Film Festival and the Toronto International Film Festival will be selected for a three-week residency program where they will travel to Los Angeles in January for mentorship, master classes and workshops to help hone their skills. They will attend screenings and education events hosted by Film Independent, as well as the HFPA-hosted 76th annual Golden Globes viewing party.

A full list of HFPA’s 2018 grant recipients and images from the evening are below.

Preserve the Culture and History of Film 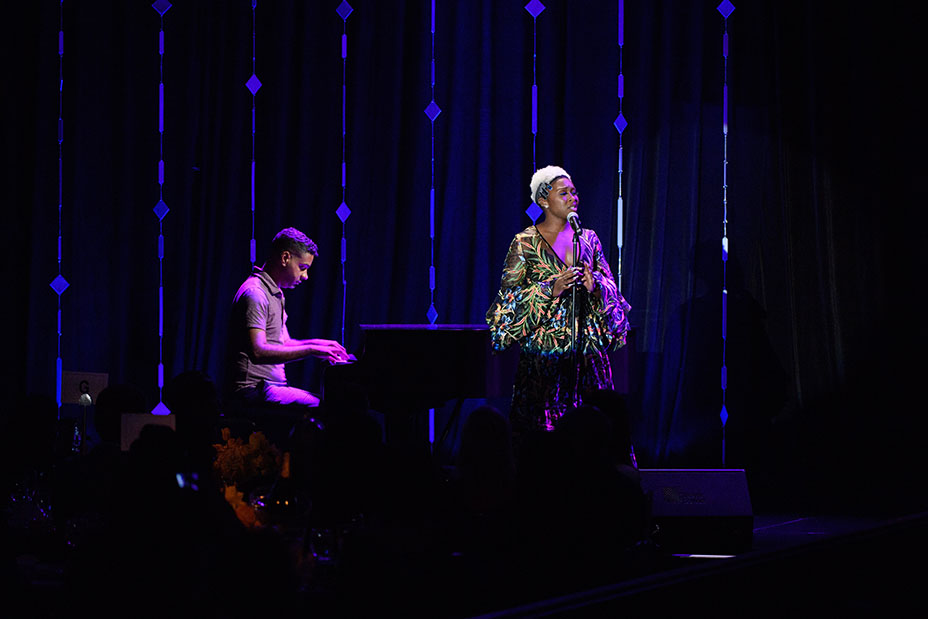 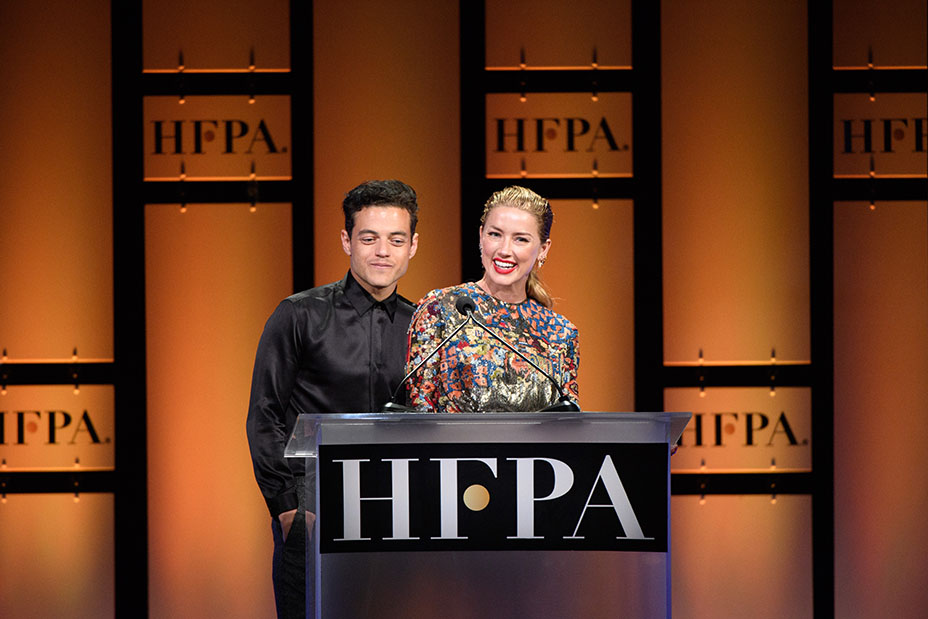 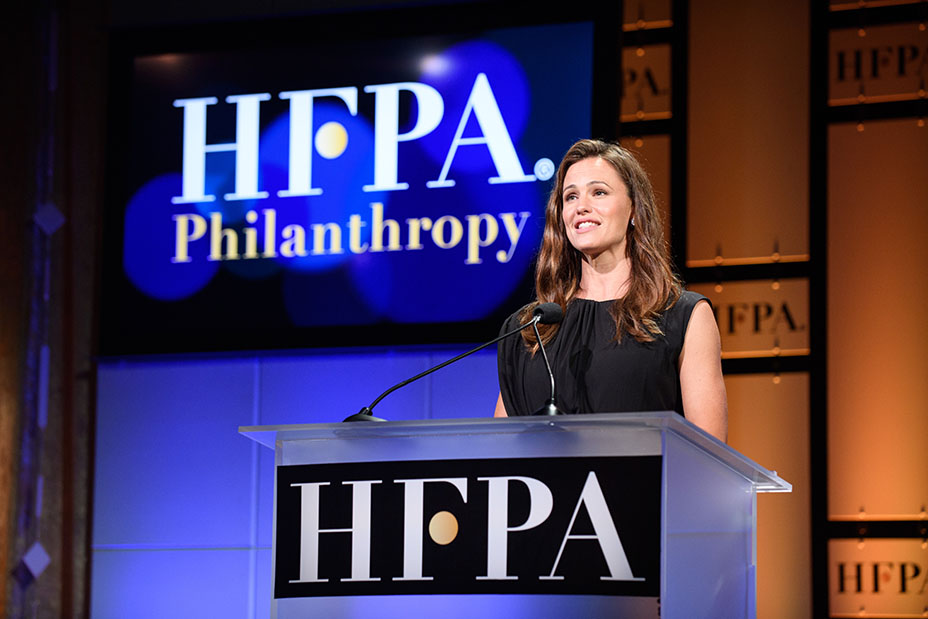 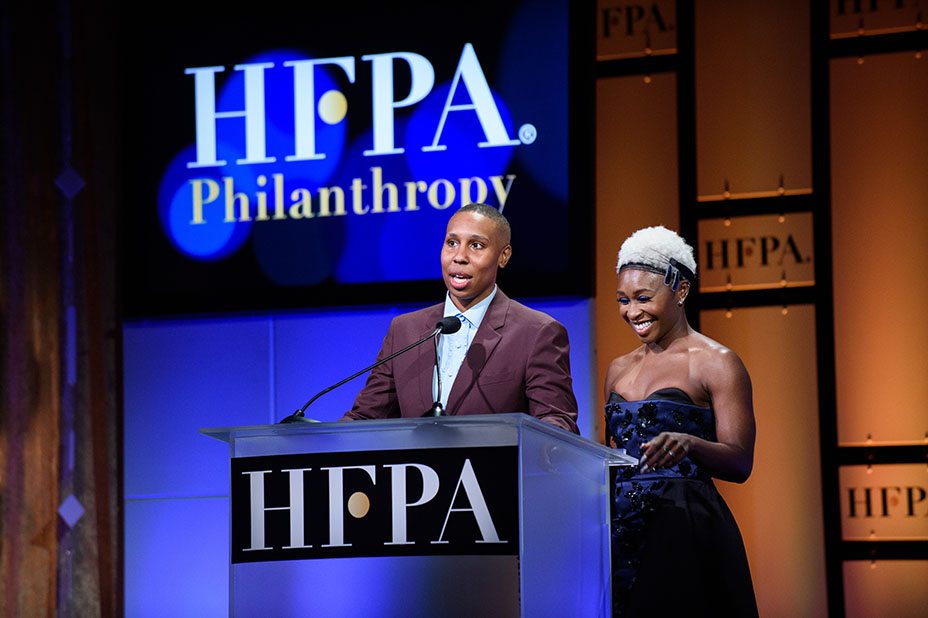 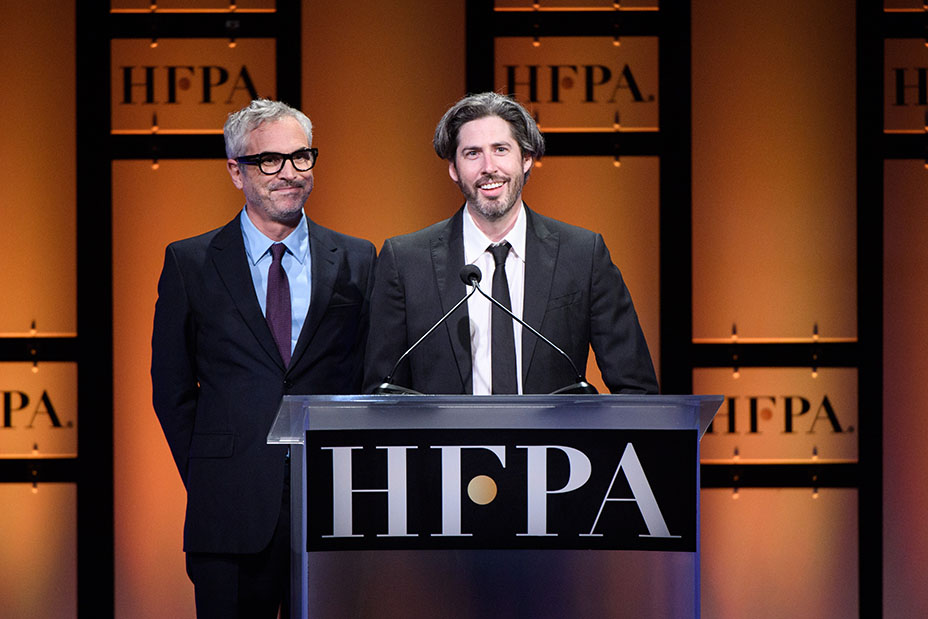 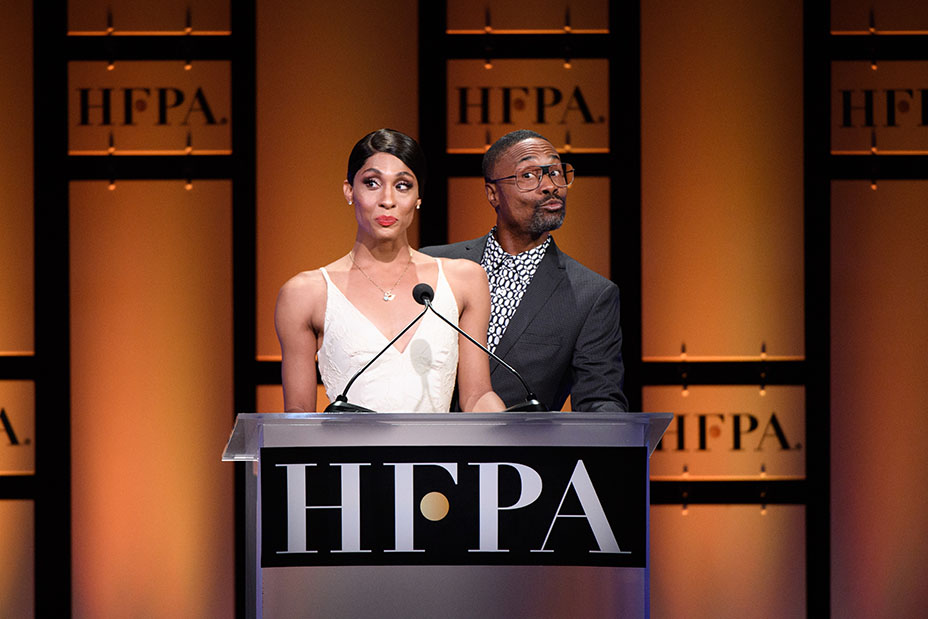