Following the death of Anthony Bourdain on Friday, culinary duo Jon Shook and Vinny Dotolo reflected on working with the late chef, author and host on his Travel Channel documentary series The Layover. The chefs spoke to The Hollywood Reporter about Bourdain hours after news broke that the host of CNN’s Parts Unknown had died by suicide at age 61 while filming an epsiode of his series in France.

Shook and Dotolo (2 Dudes Catering) own several L.A. hotspots, including Jon & Vinny’s Italian, Son of a Gun and Animal. A minimalist American restaurant on Fairfax Avenue, Animal was one of the locations featured in the Los Angeles episode of Bourdain’s The Layover, which aired in 2012. The pair, who have since appeared on Bravo’s Top Chef and Gordon Ramsay’s Hell’s Kitchen, were featured alongside chefs Roy Choi and Ludo Lefebvre in the episode. They’ve since partnered with Lefebvre on Trois Mec (loosely meaning “three guys”) on Highland Avenue.

Shook tells THR, “It almost brings me to tears as I think about that day we were all together shooting. What we learned and saw. I think it is super hard for anyone to be in the public eye. Life is hard. Even harder when your trapped inside a world you create. Our love and prayers go out Tony’s family.”

Dotolo released the below statement, honoring the man “admired because of his voice, presence and power.”

I would put shooting The Layover at Animal with Tony as a highlight in our career. We watched the show as cooks and then business owners and chefs, always admiring the voice he had for all of us, not just celebrity.

Shooting The Layover, I remember being nervous before he was about to arrive. We had to sit with him and eat in our own restaurant, which then was hard to do with your family, let alone the greatest voice in food media. People were interrupting the shoot left and right to say thanks to him, hand him cigarettes, trying to buy him drinks. You knew then what kind of effect he had on people, on the food community. I would say Michael Jackson greatness…Mick Jagger is probably better suited for him. All went well. We ate, shared thoughts, ideas and, most importantly, a meal. We went to Jumbos Clown Room after and had a laugh. We all agreed being in a strip club with no music was really strange and creepy (they had to turn the music off to shoot). Some random dude, when he saw Bourdain, ran home to get hot sauce he had made and came back, sweaty, with hot sauce in hand, and Bourdain was freaked out. We wrapped the shoot, we laughed, thanked each other and he disappeared into thin air.

Tony was one of those guys everyone admired because of his voice, presence and power. He almost seemed shy off camera but always quick-witted, funny, a wealth of knowledge and experience. He’s not usually revered because of his cooking, but for the voice he had for the entire restaurant/food industry. That to me is the greatest mark he leaves with us. It was global, bigger than food itself. Wild he’s gone. It’s hard to imagine. Very sad.

We didn’t know each other all that well, but our partner and brother Ludo [Lefebvre] did know him well. Our thoughts are with his close friends and family, a major setback for the food industry and the world.

Asia Argento: Anthony Bourdain "Was My Love, My Rock, My Protector" 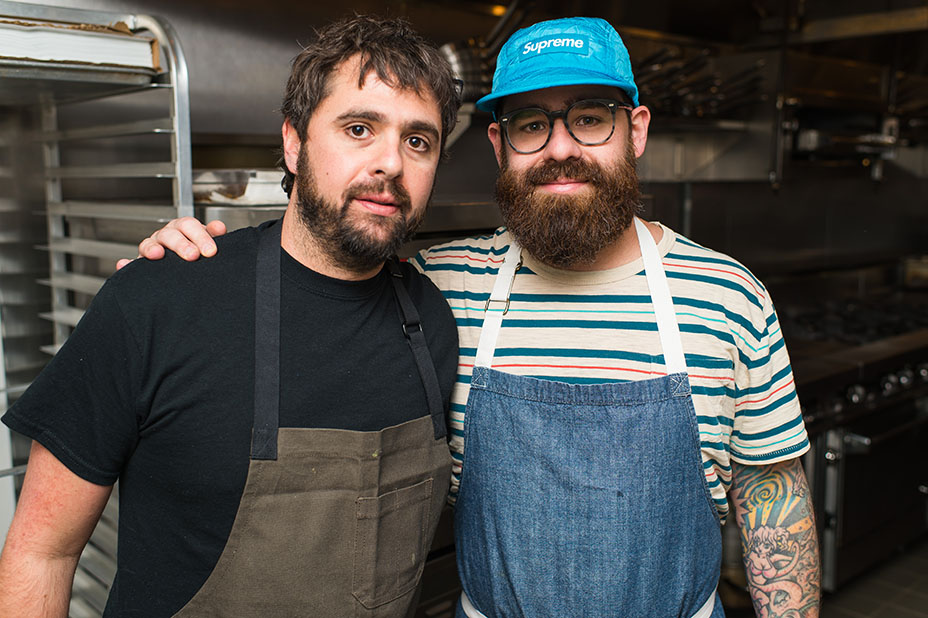