It is Beverly Hills’ existential question of the week: Can a storied auction house exist if there are no gavels and ticking clocks to finalize a sale?

The answer came this week with the launch of Christie’s flagship Los Angeles gallery on Camden Drive in downtown Beverly Hills. No auctions will take place in the 5,400-square-foot building, which is being billed as more of an event space and traditional gallery to help service Christie’s local clients.

“It is a real departure for the company,” Christie’s managing director, western region Sonya Roth tells The Hollywood Reporter.

Roth is a former California deputy attorney general whose husband, Joshua Roth, heads up United Talent Agency’s fine art division. She was speaking in her office as construction workers, cleaners and caterers buzzed around the two-story Kulapat Yantrasast-designed space, preparing for the gallery’s kickoff dinner, which was held on Tuesday.

Attendees at that event included philanthropist Eli Broad, LACMA’s Michael Govan, talent manager Bob Gersh and choreographer Benjamin Millepied among others. It was a mad dash to get everything in order. Mere hours earlier Roth’s team had finished setting up the first curated collection that now hangs in the first floor gallery, which includes several works from Pablo Picasso, Roy Lichtenstein and Jean-Michel Basquiat. The total estimated worth of the first collection is $450 million. 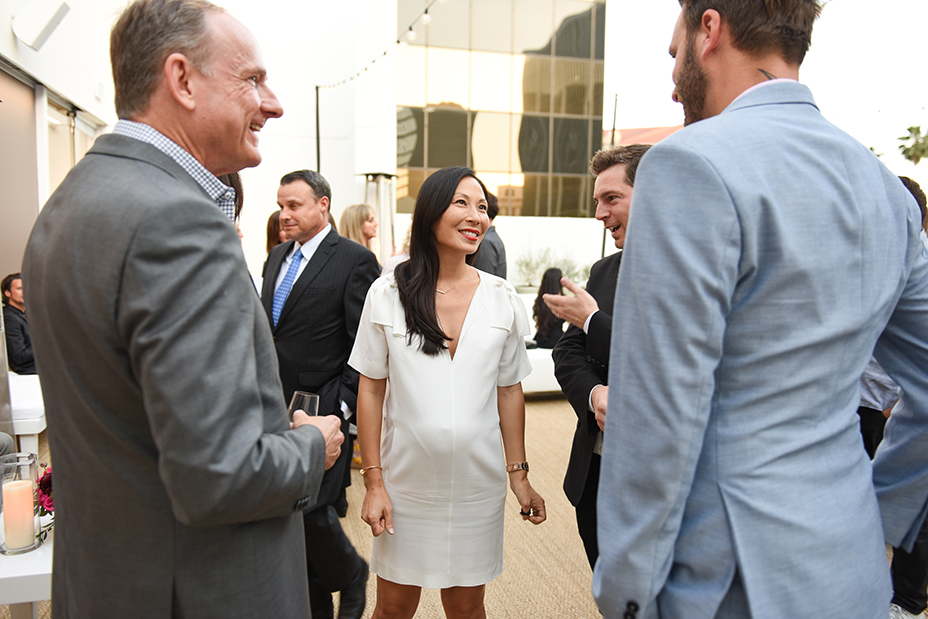 Christie’s new presence comes at a moment when the art scene in L.A. is institutionalizing itself with over a half-dozen new giant projects. The billion-dollar Lucas Museum of Narrative Art could break ground later this year and LACMA is pushing forward on its $600 million Peter Zumthor redesign. In Koreatown, the Marciano Art Foundation — the contemporary art museum from Guess co-founders Paul and Maurice Marciano, also designed by Yantrasast — opens May 25. The Arts District now boasts the Hauser Wirth gallery and the Institute of Contemporary Art Los Angeles.

Roth, who is expecting her third child, hopes to create a welcoming environment for all people — not just the wealthy clients of 251-year old Christie’s — to promote culture and arts education.

She says that Christie’s had considered opening the space in L.A.’s Arts District and looked at buildings on Highland but ultimately landed on the Camden location because “everyone has to come to Beverly Hills for some reason.”

Raised in the Pacific Palisades, and a graduate of Loyola Law School, Roth says she has been an avid art collector for years and plans to tap her local roots to help grow the brand.

“L.A. is a hard community to break into because so much happens in people’s homes. It was hard for Christie’s to understand what the community wanted, and that was where I came in,” she said. 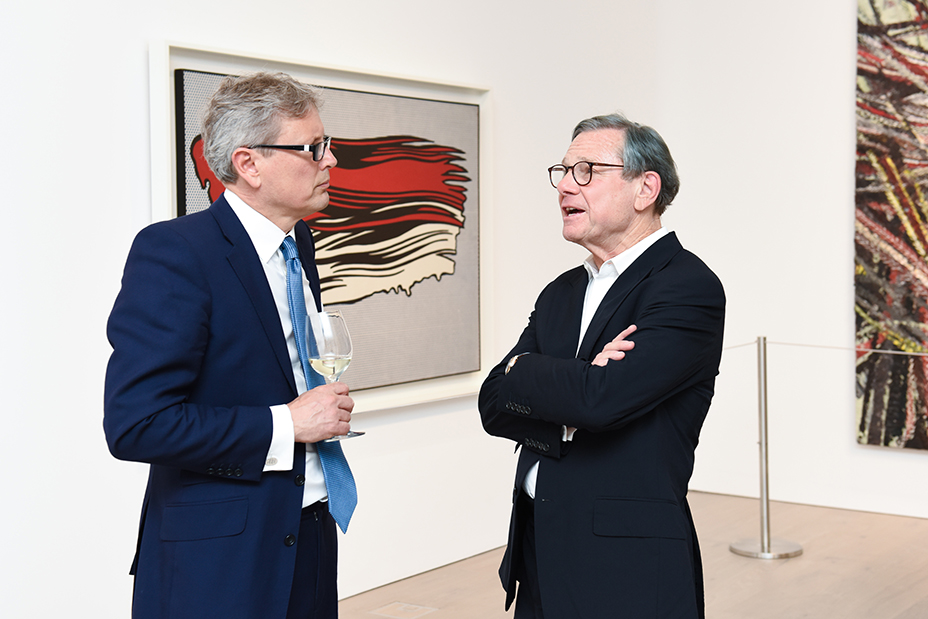 On Wednesday night prominent collectors and artists including Michael Ovitz and Million Dollar Listing host and real estate broker Josh Flagg assembled at the space for a cocktail event, and on Thursday Christie’s screened a short documentary from HBO about Andy Warhol called Brillo Box.

The current exhibition in the lower gallery will be on display till April 28.