Cindy Crawford is all about women sharing beauty secrets. That’s why she started her company Meaningful Beauty 15 years ago, the model said at the first-ever Daytime Hollywood Beauty Awards on Friday, where she was honored for Brand of the Year.

“I feel because of who I am in the world, I’ve had access to incredible experts and I love sharing that,” Crawford tells The Hollywood Reporter. “It probably started because I’m one of three sisters, and we share clothes, we share curling irons and sometimes boyfriends — not at the same time — but it’s that spirit of sharing with other women, and that’s what Meaningful Beauty was born from, that I want to share what I’ve been fortunate enough to learn with my sisters, with my girlfriends.”

She says the brand tries to resonate with consumers as “more and more, women are connecting to realness.… They want to know that we share problems.”

The cosmetic brand has sold $2 billion worth to 4 million customers. “Meaningful Beauty is my best skin-care secrets. I always say the secret is there’s no secrets, but if you do have a good secret or especially a Midwestern girl like me, we want to share it,” Crawford said when accepting the award on stage. 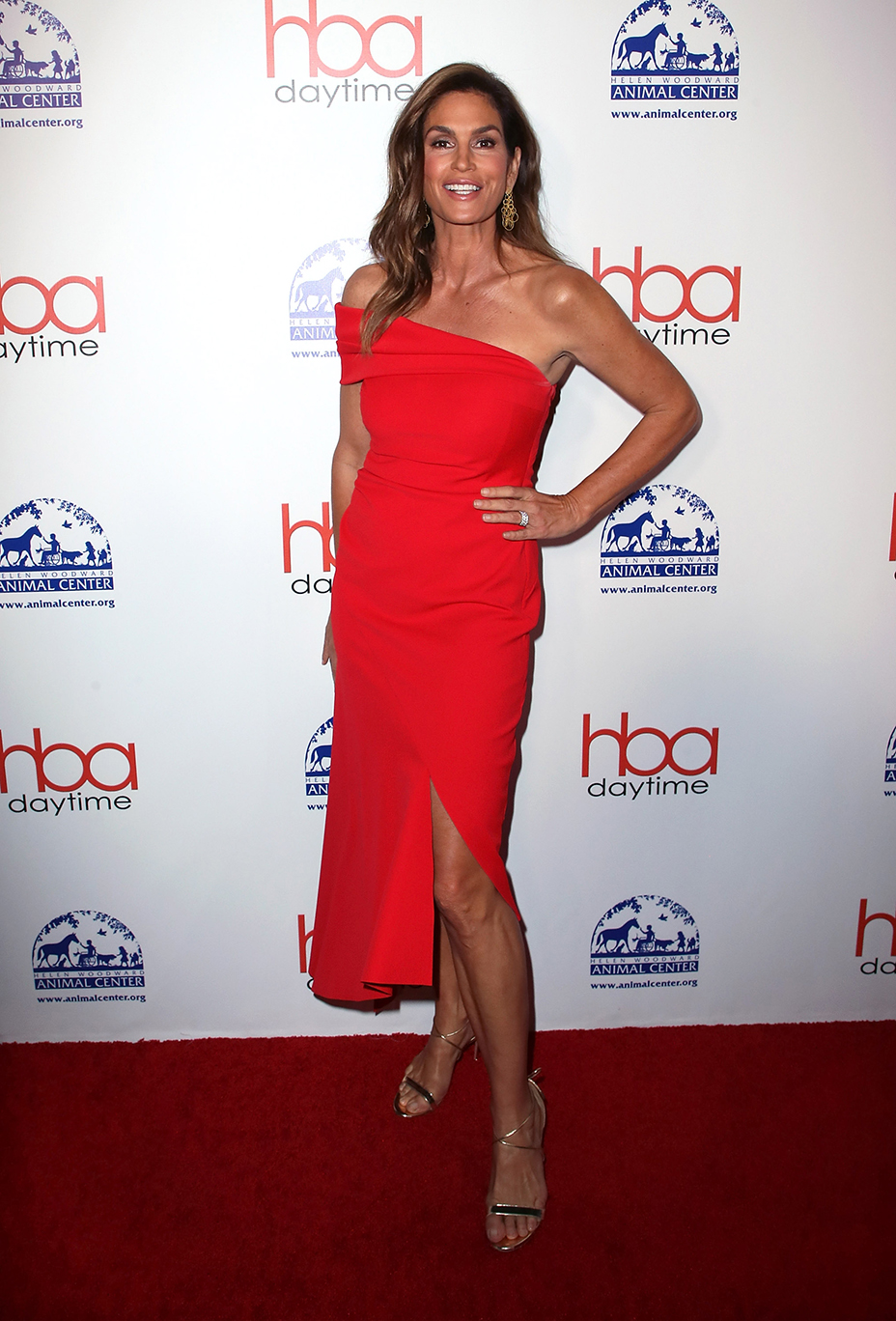 Edwards tells THR, “It’s an honor to be here and acknowledged by my peers and the industry.” After falling in love with beauty in college, she’s looking forward to seeing Haddish at the Emmys on Monday. “She really is more effortless, easygoing in her styling. In her nails, she loves red; she loves a dark nail.” Edwards adds, “She’s just real. What you see in the camera, that’s what you get all day long, even behind the camera.”

Up for hair coloring was Denis De Souza (Olivia Wilde, Mila Kunis, Brie Larson), Dianne Degnan (Christina Aguilera, Kristen Bell, Katharine McPhee) and Kim Vo (Goldie Hawn, Kate Hudson, Britney Spears). When De Souza was announced the winner, client Kathryn Hahn appeared in a prerecorded video to congratulate the stylist: “Darling, I just want to say congratulations on your excellence in coloring and tell you how much I love you.”

Guests, including James Maslow, Shawn King and Meagan Good, in the meantime enjoyed a salmon and green bean lunch, served with Angelina Jolie and Brad Pitt’s Miraval rosé. Tommy Chong and Tara Reid provided entertainment by presenting a skit in which Reid vaped in a bed and pretended to be zoned out, while giving the Sleeping Beauty Award to cannabis beauty company Beboe (founded by Lake Bell’s husband, Scott Campbell). 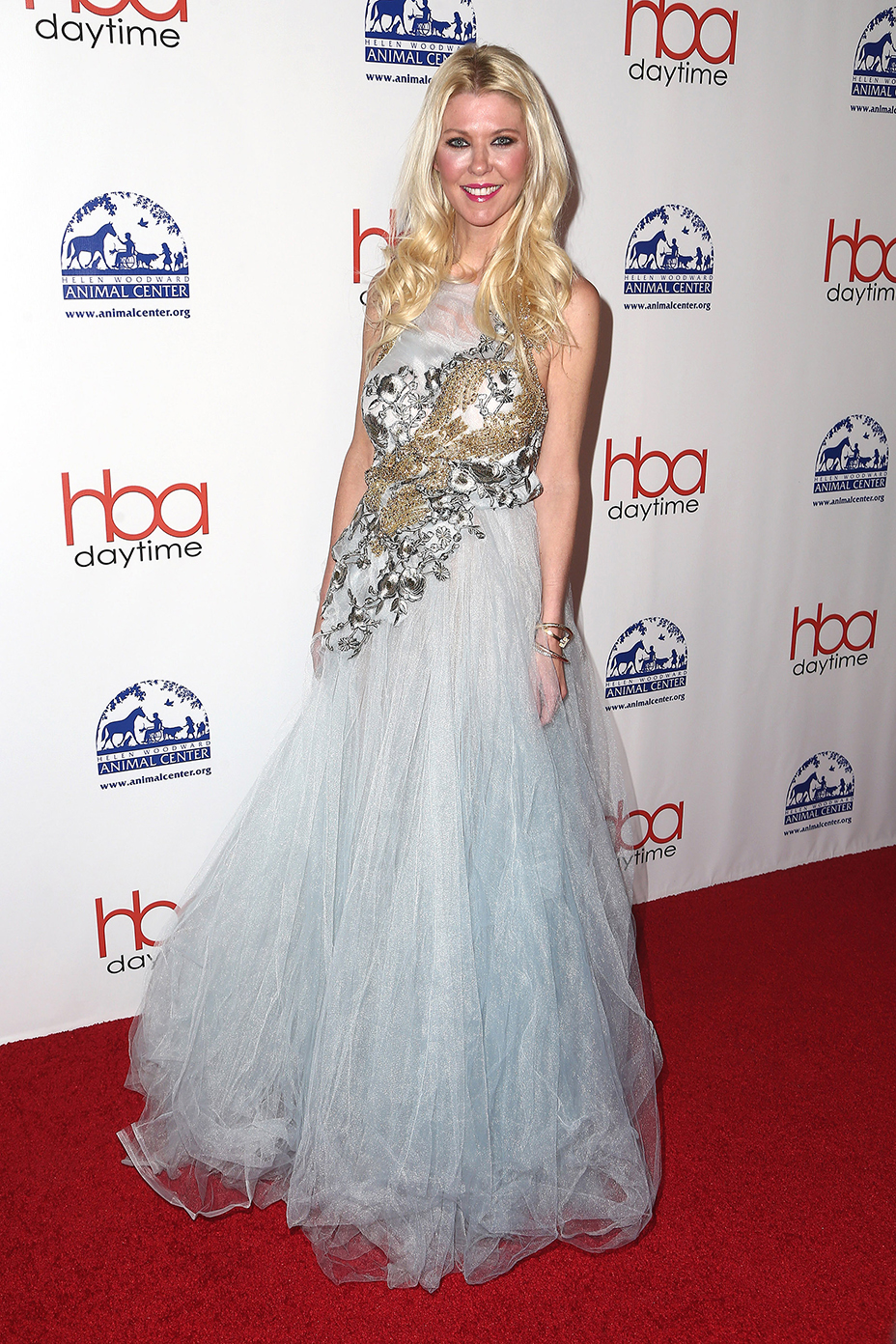 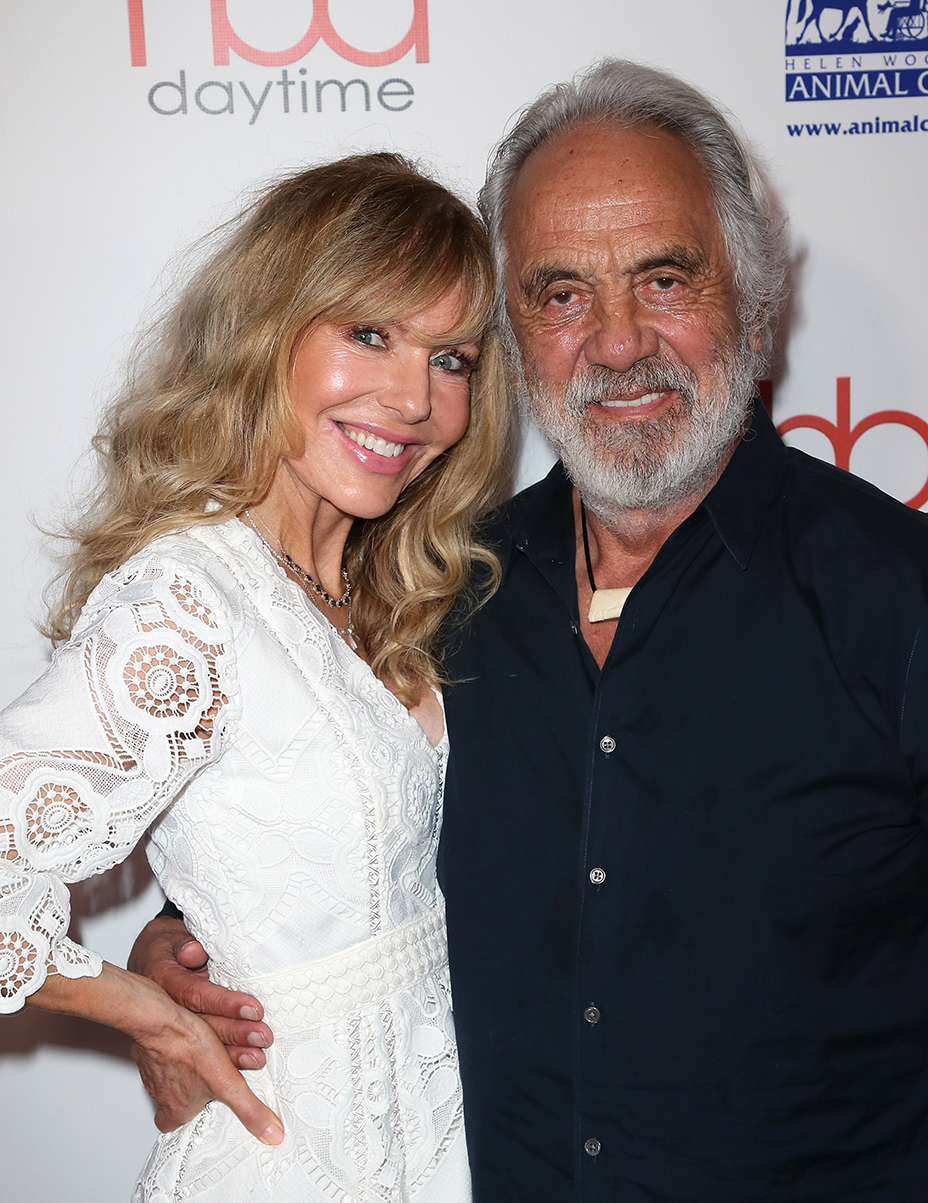 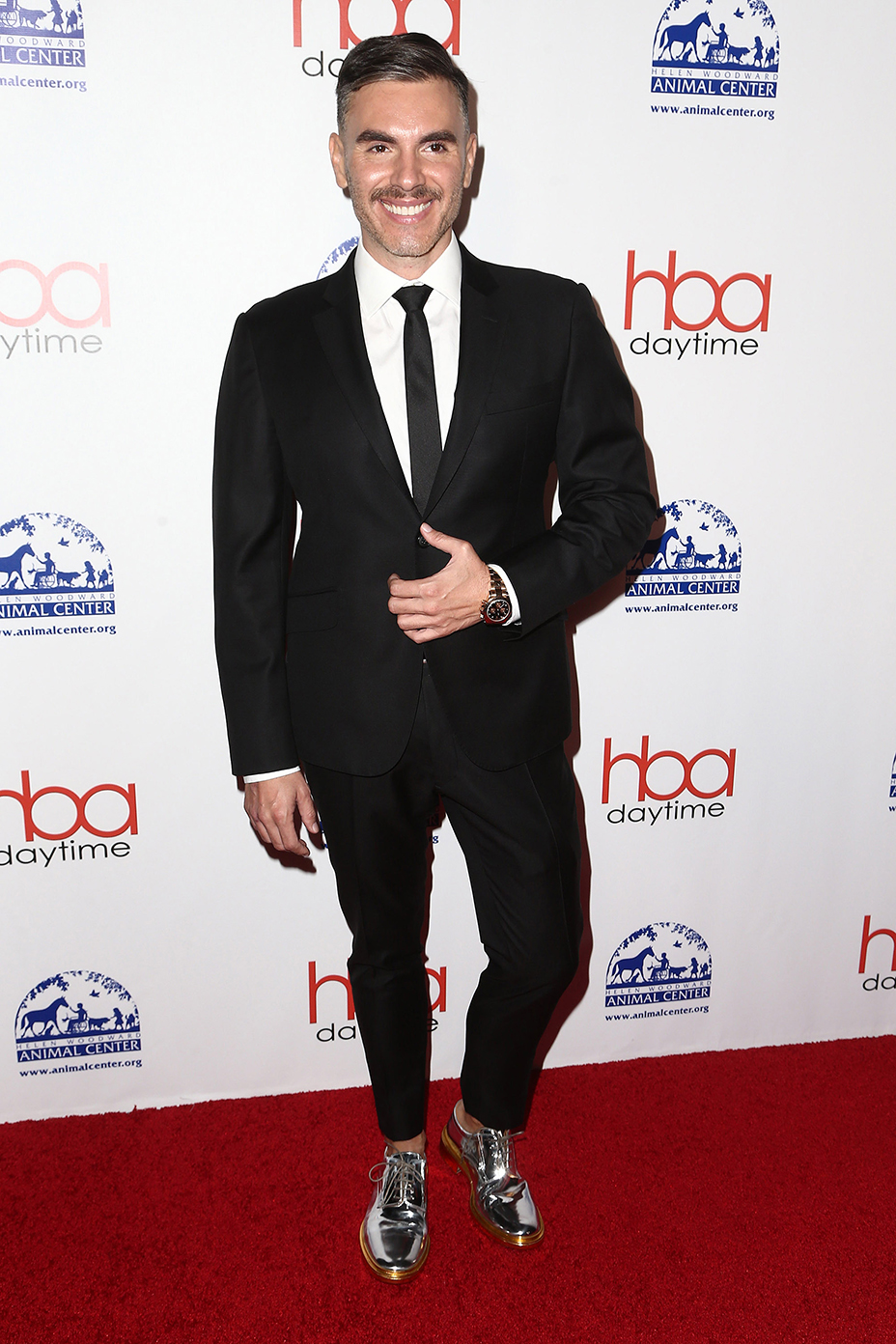 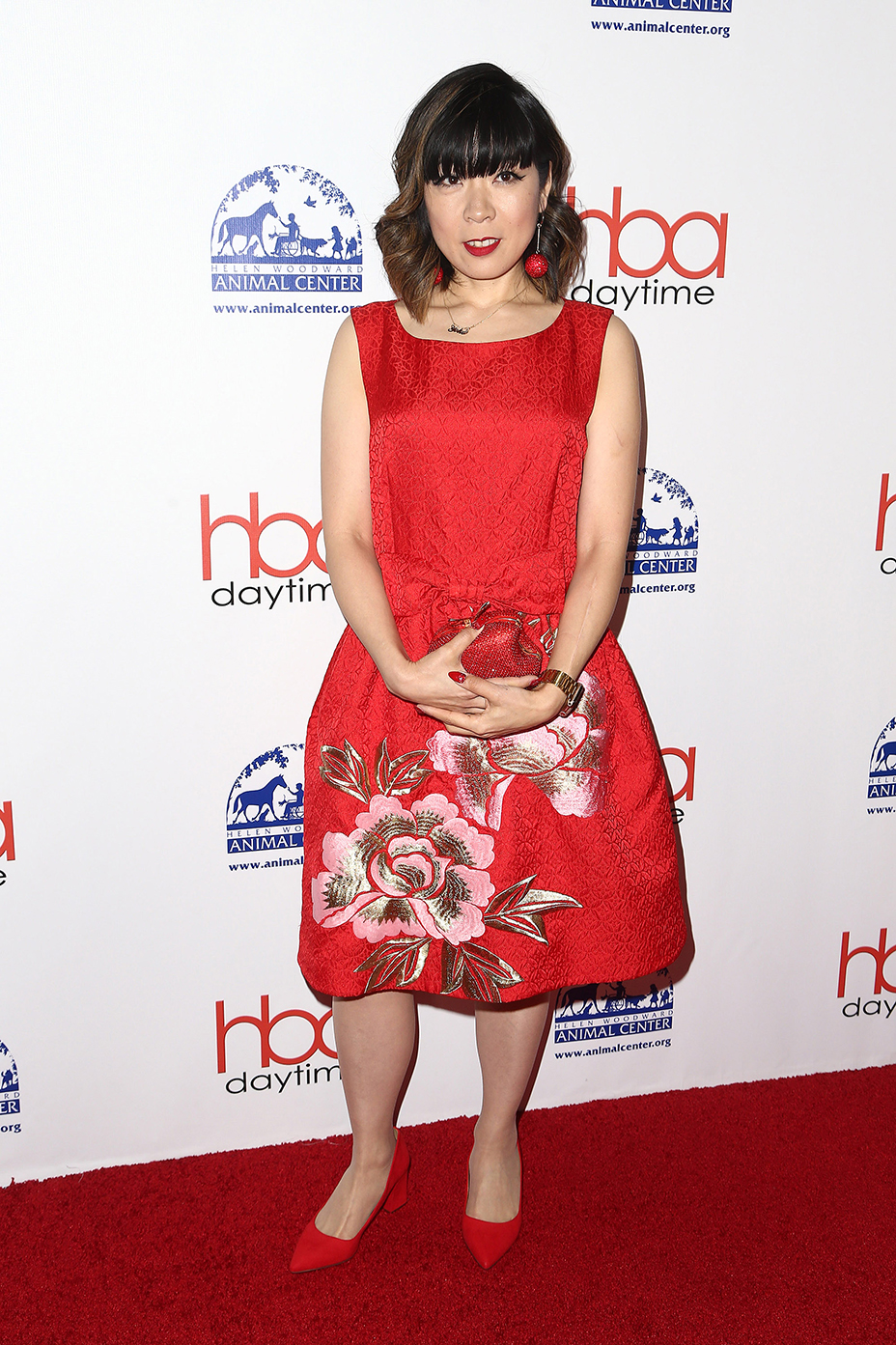 How Hollywood Does High-End Cannabis