Some of music’s biggest names came out to support GLAAD, the LGBTQ media advocacy organization, on Wednesday night. Courtney Love, Hailee Steinfeld, Adam Lambert, Troye Sivan and members of the band 5 Seconds of Summer were among those at GLAAD’s fundraising concert, held at Los Angeles’ The Sayers Club.

The event raised money and awareness for Spirit Day, a national day of support for LGBTQ youth, where supporters wear purple and speak out against bullying on Oct. 19.

Now in its sixth year, Spirit Day has a large presence on social media and seeks to improve treatment of LGBTQ people in schools, particularly in the current political climate.

“When you have the president of the United States saying that the vice president wants to hang gay people, when a flier showed up on a university campus today that told gay people that they should just kill themselves, with an image of someone hanging themselves, it’s bad out there and we get to come here together to celebrate the progress that we’ve made but also to shine a light for those that may be voiceless at this time and feel alone and isolated,” said GLAAD president Sarah Kate Ellis at the show.

Justin Tranter, the songwriter and musician known for writing hit songs for Selena Gomez, Britney Spears and Justin Bieber, hosted the concert and performed many of the top-40 singles that he has written for other artists. Tranter is a GLAAD board member and raised more than $100,000 for the organization during the event.

Remembering his own experiences with bullying, which forced him to leave public high school after only a semester, Tranter expressed thanks for having an accepting home. “We need to raise as much money as we can tonight to protect the kids out there that don’t have the privilege of safety that I did.”

Love performed a duet of Selena Gomez’s “Hands to Myself” alongside Tranter, while Steinfeld, Lambert, JoJo and Parson James also took the stage to crowd of about 200 guests. Sponsors of the concert included CAA, Interscope, Warner/Chappell and The Ariadne Getty Foundation. 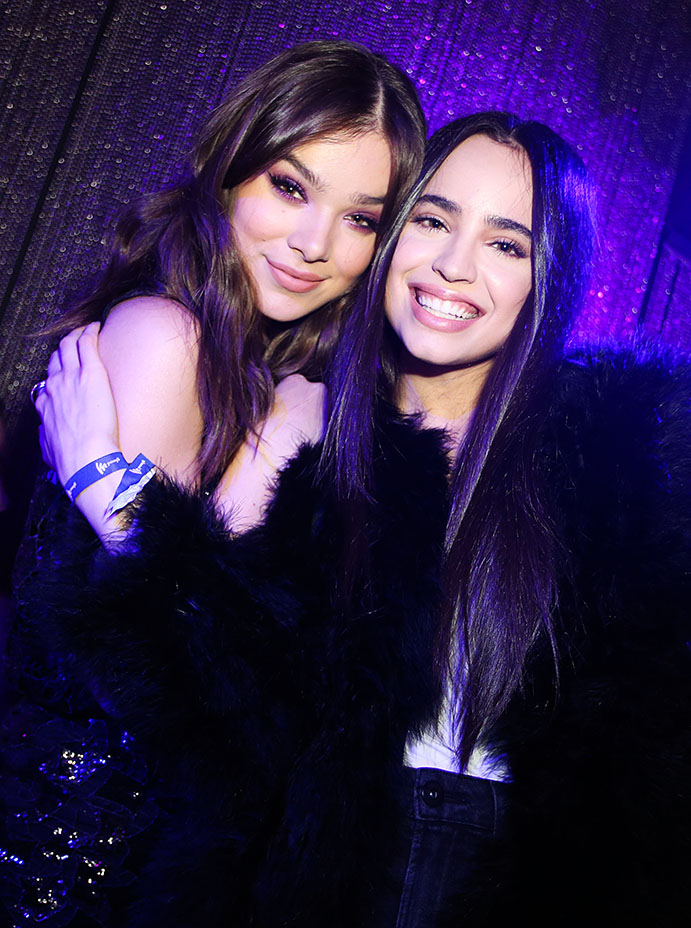