The play is a new work by Martyna Majok, who won the Pulitzer Prize for Drama in 2018 for Cost of Living and is one of the more distinctive voices to emerge among American dramatists in recent years. It also marked the U.S. directing debut of Rebecca Frecknall, a fast-rising young British talent whose revelatory London revival of Tennessee Williams’ Summer and Smoke landed her a 2019 Olivier Award in a field including celebrated heavyweights like Stephen Daldry, Marianne Elliott and Sam Mendes.

Majok’s play is an urgently affecting chronicle of outsider immigrant experience that’s political, intimately personal and strangely apposite for our current moment in the Trump era despite its immediate post-9/11 time frame. Its palpable undertow of anxiety is also an apt fit for the rattled mood now gripping a city known for its resilience even, or perhaps especially, in the face of a crisis.

The New York Theater Workshop production began previews March 4 ahead of a March 24 official opening, in a limited engagement scheduled to run through April 12 at the Lucille Lortel Theatre.

But when coronavirus concerns last week prompted a city-wide mandate to shut down all Broadway theaters through April 12, most off-Broadway theaters followed suit for the safety of their artists and patrons. Sanctuary City began its second week of previews with what turned out to be its final public performance. At least for now.

Whether or not the production will be able to resume performances at some point is an open question, depending on the ongoing evolution of the pandemic and when it’s deemed safe to start assembling in large gatherings again, among many other factors.

While financial losses of course are immaterial compared with the fears spreading across the globe as the number of COVID-19 infections and fatalities continues to multiply, the blackout affecting entertainment and sporting events nationwide will have a devastating economic impact, particularly on the fragile ecosystem of off-Broadway and regional theater. But for stage junkies, what’s perhaps equally heartbreaking is the crushing disappointment to playwrights, directors, actors and other creative collaborators when important work they have channeled their energies into for months is destined to go unseen.

Unlike movies or television productions, which remain intact and ready for presentation even when their premieres are delayed, theater is by its very nature ephemeral. Companies of actors disband as their members book other work, directors move on to other projects and carefully planned season schedules necessitate making way for future shows on the calendar.

Across the city last week, productions that still had one or more weeks left in their engagements learned abruptly that they had unknowingly played their final performance when the remainder of their runs were canceled. Yes, it might seem like snowflake preciousness to find sadness in such a situation, which can’t compare to the plight of people facing life-threatening illness. But think of it like an architect who pours pride, care, thought and dedication into designing a beautiful house that gets torn down before anyone can live in it.

As a balm for just that kind of wound, NYTW organized a “secret” performance of Sanctuary City Friday afternoon at the Lortel, drawing a few dozen invited guests to the venue’s quiet corner of Christopher Street in the West Village — mainly friends and family, plus a small number of press that I was fortunate to be among.

We took our places in seats carefully marked with gaffer tape to allow for social distancing and drank in the play with the eyes and ears of an audience fully aware that the cultural privileges we take for granted as New Yorkers would be unavailable for the next 30 days or more, at least where the unparalleled experience of live theater is concerned.

Three cameras were set up to film the performance, as of now strictly for archival purposes, though should the shutdown stretch on beyond the expected month, which seems highly likely, that designation presumably could change.

Other productions in the city also acted quickly to create archival records of their work by filming special performances not open to the public, including Roundabout Theatre Company’s off-Broadway musical Darling Grenadine, which was nearing the end of its well-reviewed run, and Lincoln Center Theater’s new musical Flying Over Sunset, a Broadway world premiere that saw its first scheduled preview scuttled March 12.

I can’t speak about seeing those shows, but watching Sanctuary City on Friday was a riveting experience perhaps unique for me in decades of theatergoing across various continents. The rapt attention of the audience, the joyously participatory sound of the laughter in moments of levity and the melancholy ripple effect throughout the house of the play’s deft modulation into more emotionally complex territory combined to create an instantaneous bond between us spectators and the actors onstage, as well as the artists behind the work.

The performance was not for review purposes, but just in terms of sharing some basics, the drama’s main characters are identified in the program simply as “B” for Boy and “G” for Girl, played by relative newcomers Jasai Chase-Owens and Sharlene Cruz, respectively.

Both are bright 17-year-olds in working-class New Jersey when the play begins, their close friendship intensified by the shared experience of being the children of undocumented immigrants. G gains citizenship, and along with it, access to education, scholarships and financial aid, while B is left in limbo, living in constant fear of deportation.

The action unfolds over five years, from 2001 to 2006, and Majok — herself an immigrant born in Poland — is specific in her snapshot of a reality that predates the Deferred Action for Childhood Arrivals act. But the play, when it eventually is seen by a wider audience, will resonate loud and clear at a time when the Trump administration and its nativist agenda have effectively legitimized popular hostility toward immigrants while also doing everything in its power to dismantle DACA.

On a minimalist set, and in short scenes with jagged bursts of staccato dialogue full of time jumps, overlaps and illuminating repetitions, Majok tracks the changes in the relationship between B and G, while considering the limits of personal sacrifice when an individual’s entire future hangs in the balance. The stakes of the central pact that drives much of the story are radically heightened when a third character, played by Austin Smith, is introduced, reshaping the complicated dynamic into an even trickier triangle.

The huge laughs generated by B and G’s awkwardness when the Backstreet Boys’ “I Want It That Way” is played at their senior prom were followed by spontaneous applause as they explode into a wild expression of physical release on the dance floor to Outkast’s “Hey Ya!” And the scattered audience sprang collectively to its feet in an effusive standing ovation the instant the play’s poignant final scene faded to black.

While one character is left facing an uncertain future, Sanctuary City unquestionably seems destined to strike chords once life reverts to normal and theaters are up and running again. The fact that enterprising young producer Eva Price and the company Level Forward — entities behind Broadway shows including the recent Oklahoma!, Slave Play, What the Constitution Means to Me and Jagged Little Pill — are attached to the NYTW production bodes well for its exposure. And we’ll certainly be seeing more work from director Frecknall and her gifted cast.

In the meantime, the semi-clandestine Sanctuary City performance hammered home just how sacred the rite of gathering together and being moved by exceptional art is for those of us who love theater. New York is one of a tiny handful of cities worldwide in which theater is such a vital part of the cultural heartbeat.

All kinds of communal experiences will disappear for the time being, including movies, concerts, even restaurants, bars and clubs. But as we hunker down in our homes in the grim weeks or possibly months ahead, ordering in groceries and takeout while wading through those long-neglected streaming queues and trying to stay healthy, it’s worth remembering that this city and countless others like it will bounce back.

Some Broadway productions inevitably will be taken down by the stoppage, but the Great White Way, as a cultural force, an economic driver and a tourism magnet for the city, will rise again. Whether our financially precarious smaller arts institutions can ride out the storm and survive remains a troubling question. 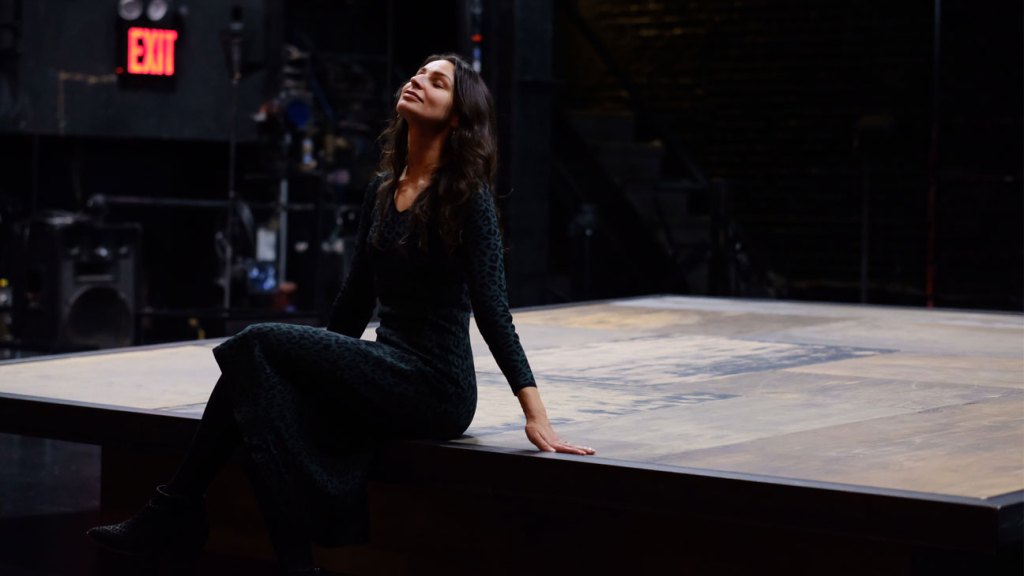