Tramp Stamp Granny’s — a recently opened Hollywood piano bar ?co-owned by Darren Criss; his fiancee, Mia Swier; and startup guru Danny Massare — embraces “a deep nostalgia for musical theater, [which] seems to strike a big chord,” says the Assassination of Gianni Versace: American Crime Story star. “You see people light up when ?they walk into 100-plus people screaming the words to ‘Mamma Mia.’ Giving people a place — a radical alternative to Hollywood clubs — to celebrate that and escape is a real joy to me.” 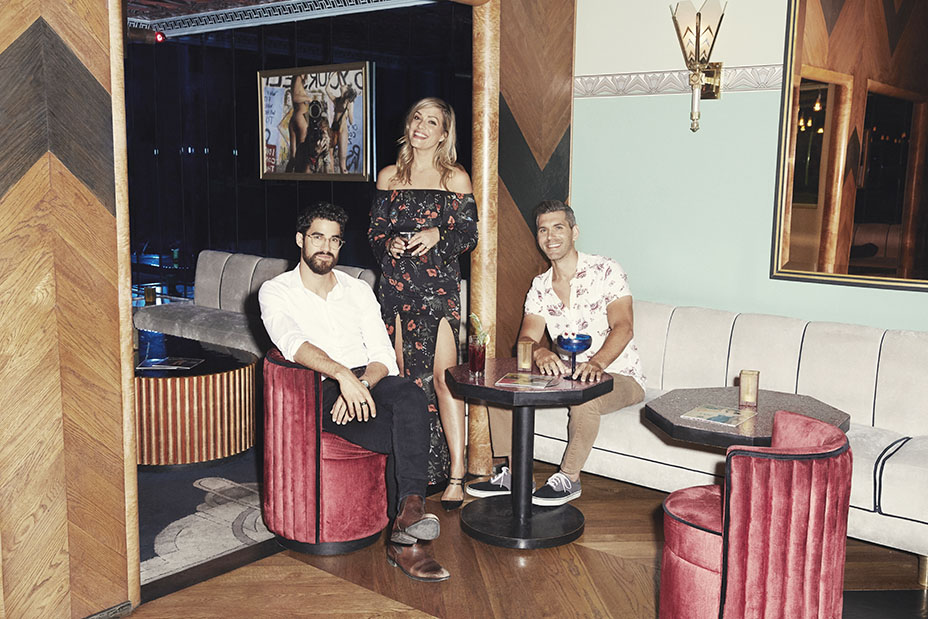 The Emmy-nominated actor spends most of his L.A. nights at the lounge inspired by a favorite of his and Swier, NYC institution Marie’s Crisis Cafe. Tramp Stamp Granny’s — the name is a way of taking back the phrase “tramp stamp” and commemorating a generation of tatted grannies — “is the place every ?New Yorker has been craving for years in L.A.,” ?says Jenna Ushkowitz, one of many Glee and American Crime Story stars, including Jonathan Groff, Chord Overstreet, Naya Rivera, Matthew Morrison and Kevin McHale, who have dropped in. Adds Superstore actor Ben Feldman: “It’s simultaneously ridiculously fresh and a total throwback: It’s as if an old Broadway piano bar went on a nasty drug binge and woke up with a face tattoo but, like, in the best way.” Jon Hamm, Emma Stone, Amber Heard, Hailee Steinfeld, Ricky Martin, Alexander Skarsgard, Michelle Monaghan, Nick Kroll and Aaron Paul also have swung by, and Maggie and Jake Gyllenhaal have crowded around Criss’ own Yamaha piano to sing along to Fun Home‘s “Ring of Keys.” (For the record, Ryan Murphy has not been in yet; Criss feels “he has more important things to do.”) 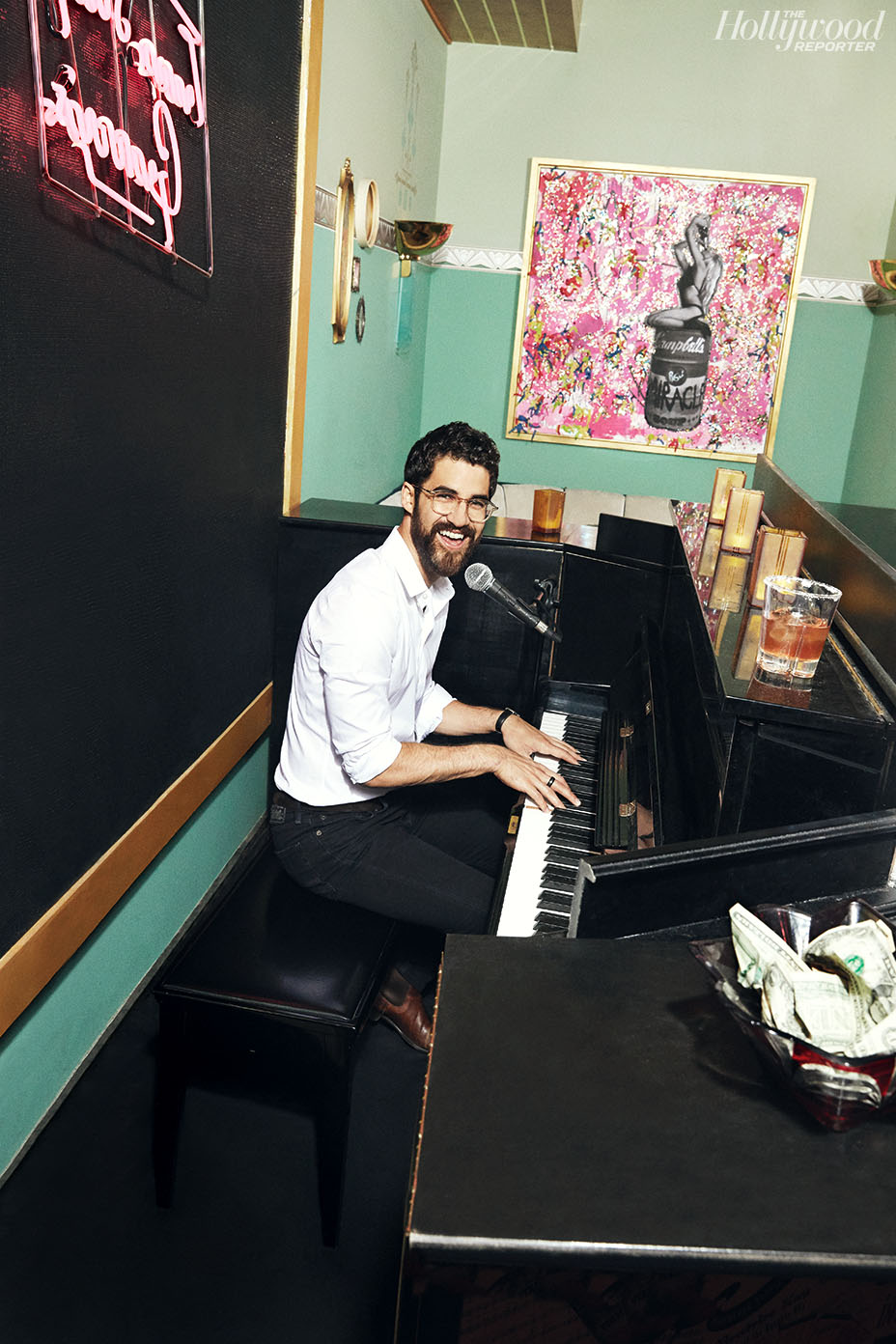 The 31-year-old actor jokes that he’s “only ?the piano player” and gives credit to Swier for the execution of concept, which features singing bartenders and bouncers. “The end result is musicology meets mixology, so you’re getting the fun, rowdy vibe with interesting cocktails you won’t get anywhere else,” she says. Self-described “numbers guy” Massare says he knew instantly that “this was a winner” when the duo approached him over dinner (and confesses that he is waiting for Tom Waits to come by). 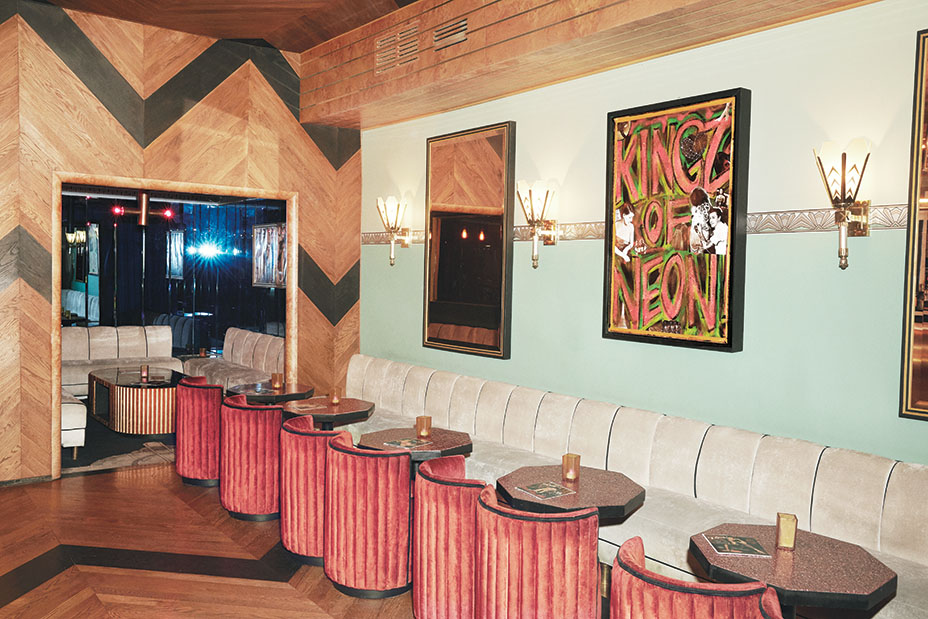 Before he sits at the piano, Criss — who sips on kombucha when playing (in a pint glass, so nobody is “giving me shit”) — reads the room before launching into a contemporary ’90s classic or wholesome hit. “It cracks me up that with cliche standards, people lose their minds, like it’s the first time anyone’s ever played ‘Piano Man,’ ” says Criss, adding that with “millennials, playing a Disney song is like dropping a dubstep beat — people go crazy.”

When imbibing, Criss chooses the Me & Mia, a libation for two with truffle butter–infused bourbon, made in-house with sherry and Carpana Antica, created by cocktail consultant Kellie Norris. Drinks with risque names (Tug & Blow, $15; Boob Soup, $20) and themed after whatever is playing at the Pantages are also on offer. The former Beauty Bar space on Cahuenga Boulevard, with a covert back-alley entrance, is a “juxtaposition of an elegant, upscale atmosphere and a gritty, ’80s-glam dive bar,” says Swier, with pink glitter, Art Deco lighting, chain curtains and “lots of inappropriate neon,” plus art commissioned from local artist Pasco. “There are few things I enjoy doing more than plying Winter, the singing bartender, for filthy martinis before begging her to sing Whitney Houston,” says Zelda Williams, an actress and Robin Williams’ daughter, who hosts bimonthly nights called Bis and Dolls; there is Monday’s Queer Cabaret as well as a Ryes and Shine bottomless brunch (without the brunch) on Sundays.

Through it all, the biggest draw ?is the group singing, says Criss: “It really is infectious, the sort of intoxication you feel from being around” the vibe. Adds Swier: “What I love most is when people walk in off the street, ?not knowing what they’ve ventured into, and ?they let the ABBA wash over them.” 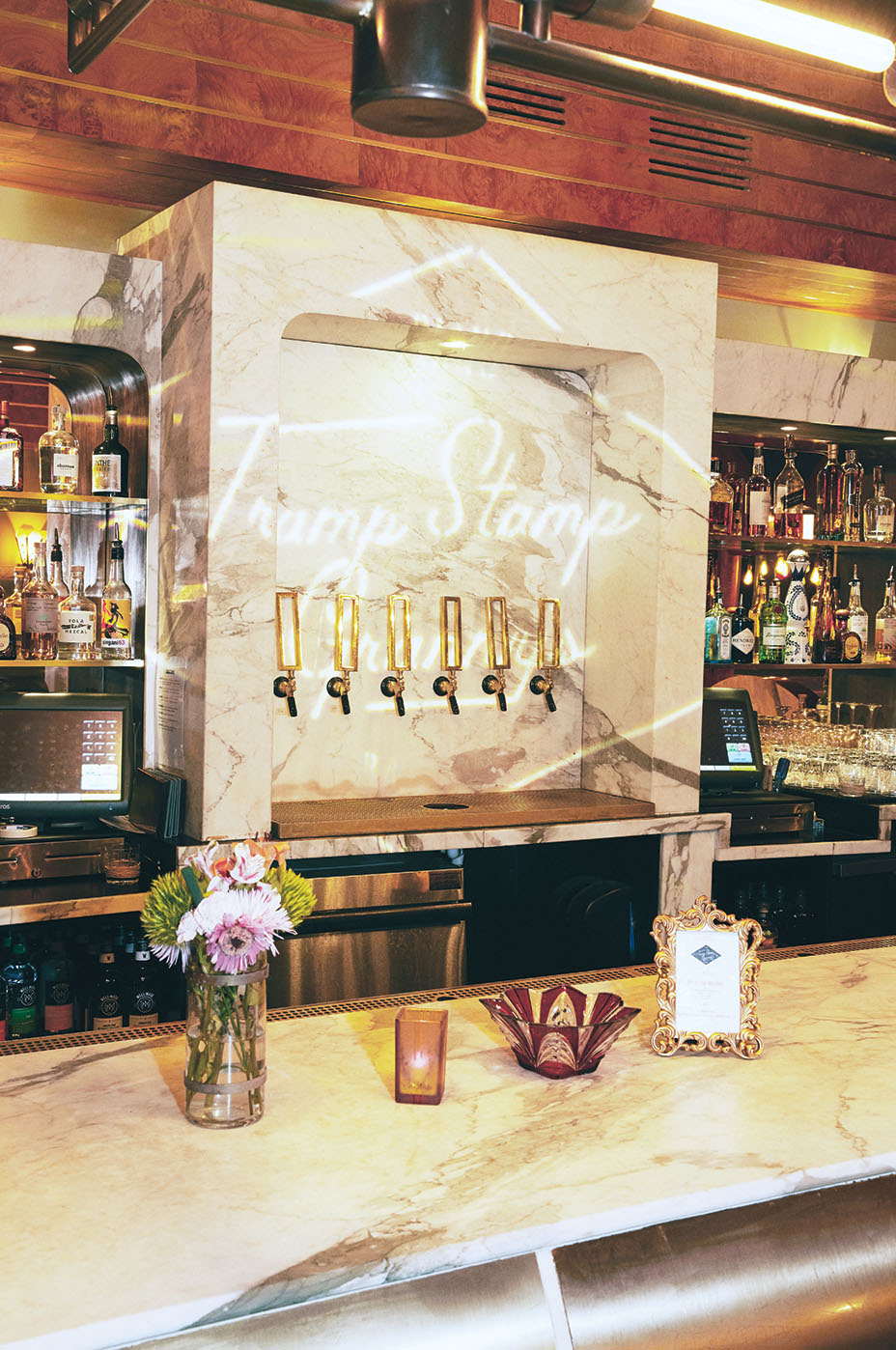