The outrageously sarcastic anti-hero Deadpool is no stranger to creative marketing. The disfigured former cafeteria chef has a long list of accomplishments: battling ninjas and sexually aggressive canines, a line of emojis, a humorous Tinder account, and cheeky teaser trailers.

Now comes one more. On the eve of the release of Deadpool 2 on May 18, Mr. Deadpool — the character, not Ryan Reynolds, who plays him on the big screen — has been tapped as the new creative director for growing tequila brand Espolòn Tequila.

Espolòn — featuring a bottle detailed appropriately with Dia de Los Muertos artwork — teamed up with the inexperienced but passionate Deadpool after he showed interest in a collaboration. “We completely understand that Deadpool has no discernable skills as a creative director, but we have taken brave, bold chances with Espolòn marketing in the past, so what have we got to lose?” said Christine Moll, marketing director for tequilas and rums for Campari America. “Nonetheless, Deadpool and his cinematic success have become a cultural phenomenon. Partnering with Deadpool is guaranteed to get attention for the brand in the most Espolòn way possible.”

it should also get attention for another reason. With the new gig, the “semi-professional bad guy” will now face off with his on-screen partner, Ryan Reynolds, for liquor sale domination. As previously announced, Reynolds has taken a stake in Aviation Gin as its newest investor. But more than that, the actor and producer is overseeing day-to-day business of the company, as well as its creative direction. “Aviation is the best-tasting gin in the world. Once I tried it, I knew I wanted to get involved with the company in a big way,” Reynolds said in a release at the time.

Meanwhile, Merc with the Mouth took his position as creative director for less glamorous reasons. “I needed the money,” he explained in today’s release. “(And) the first check from Espolòn cleared, so I guess this is happening,” he added in what we can all assume was his signature satirical tone.

Reynolds’ seemingly more polished approach to Aviation couldn’t be further from Deadpool’s self-declared “creative genius” that will be guiding him as Espolòn’s new creative director. Only time will tell if Reynolds or Deadpool will end up on top…shelf, that is. 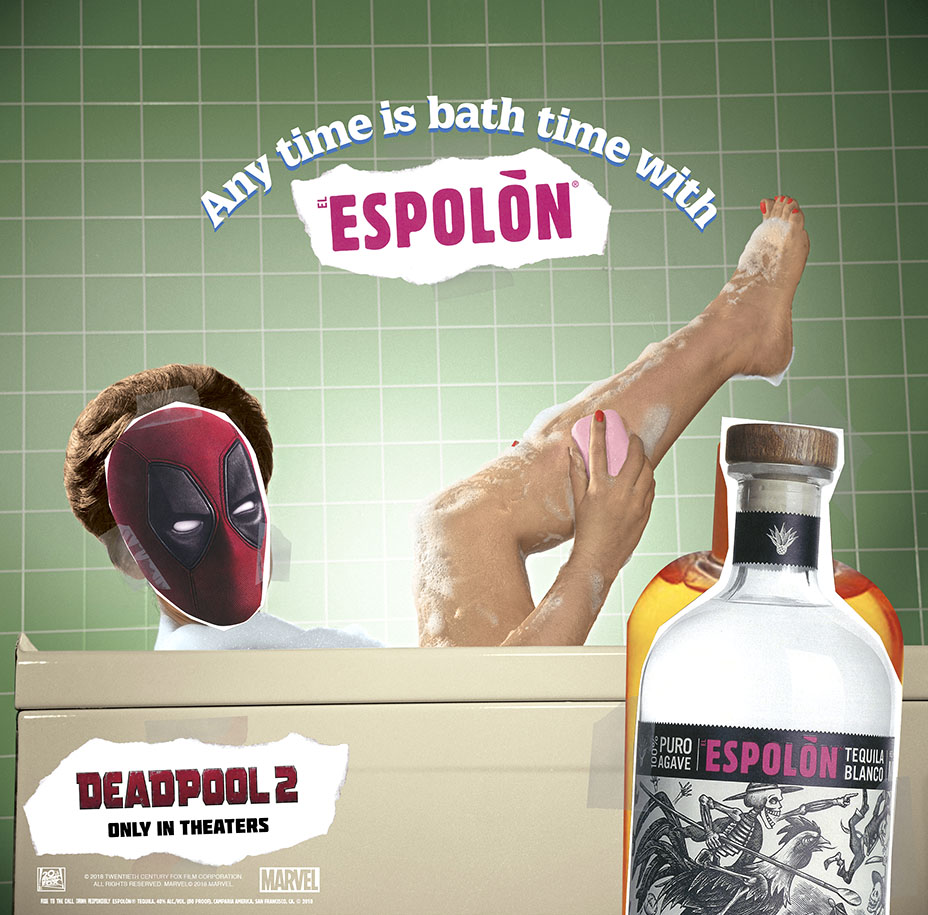 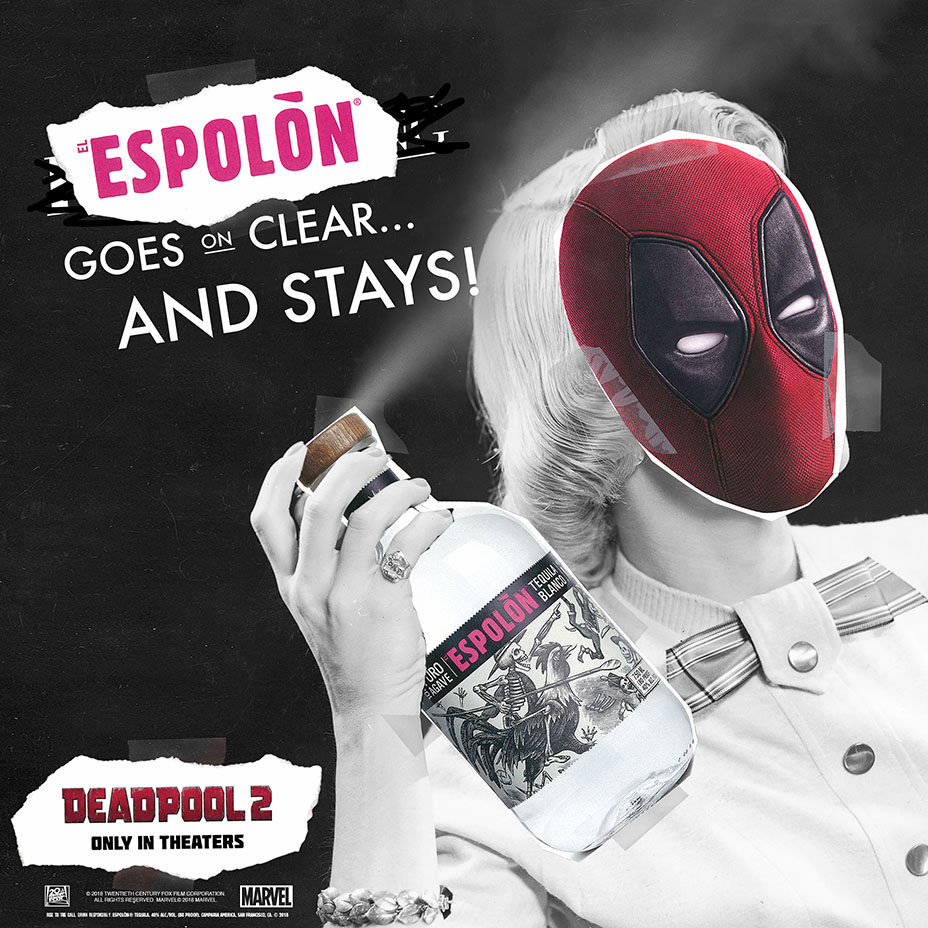 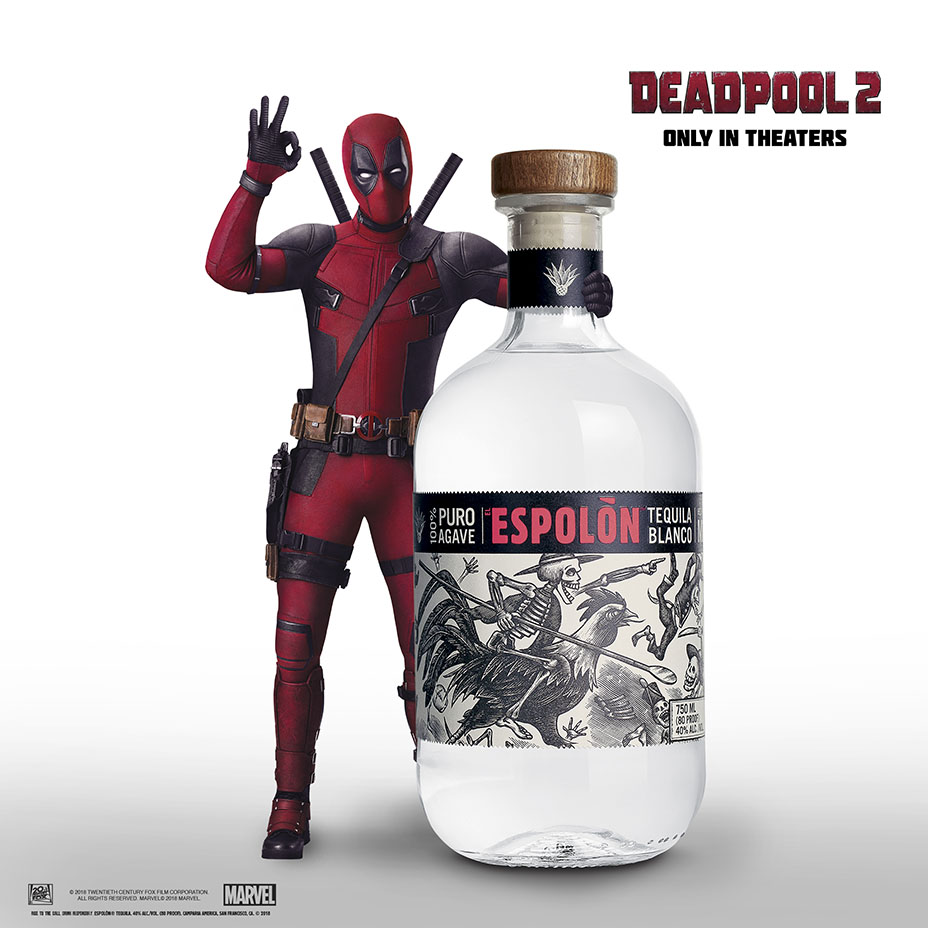