Jacqueline Susann’s novel Valley of the Dolls, published in 1966, is still one of the best-selling books of all time — more than 31 million copies to date. The novel, which centers on women finding success in New York City, grew more popular after the story was adapted for the big screen — but its journey to the screen was not all an easy path.

In Dolls! Dolls! Dolls!: Deep Inside Valley of the Dolls, The Most Beloved Bad Book and Movie of All Time (Penguin), out Tuesday, author Stephen Rebello takes readers on a deep dive into the creation of the cult 1967 film. Through extensive research and interviews, Rebello details the journey of Susann’s soapy saga from the bookshelves to the big screen. Though her book was prone to judgment from critics, aspiring film producer and former actor Robert Evans knew it would be the “next big picture.” After Evans brought the book to David Brown, 20th Century Fox’s Manhattan-based vp story operations, Brown sent pages to 20th Century Fox boss Darryl F. Zanuck and his son, studio head of production Richard Zanuck.

Below, The Hollywood Reporter shares an excerpt.

In any case Evans, who famously said, “There are three sides to every story: your side, my side, and the truth,” recalled dropping the Valley of the Dolls galleys on the desk in Brown’s office and announcing, “David, I think I have Fox’s next big picture. I can get a lock on the author, too.” Brown reportedly thanked him, assured him of an answer within the week, and read the book shortly after. He fired off several pages of his impressions to Darryl F. and Richard D. Zanuck, calling it “a good bad book that sometimes gets a certain notoriety and circulation” but admitting that he was “hypnotized by the corny, coarse, crass story it tells.”

Brown put Valley of the Dolls squarely in the category of Harold Robbins’s The Carpetbaggers, “with elements of I’ll Cry Tomorrow, A Star Is Born, and even The Snake Pit,” and ordered the book to be distributed widely among the movie producers affiliated with Fox, including Ernest Lehman (The Sound of Music), Robert Aldrich (Hush … Hush, Sweet Charlotte), and Harry Kurnitz (Goodbye Charlie). Brown advised the Zanucks: “It is the kind of story which may be easily snapped up by a Ross Hunter or a Joe Levine … I believe the book will be read avidly by women — particularly girls — even though the critics will murder it … With luck, as a movie, it might get into The Sandpiper or Butterfield 8 category.”

Darryl F. Zanuck encouraged Brown to huddle with Richard Zanuck about acquiring the screen rights. On September 16, Brown sent the younger Zanuck Susann’s agent’s acquisition quote of $200,000 plus 2.5 percent of the gross but advised, “We feel it can be had for a great deal less.” Because Zanuck Sr. thought Valley of the Dolls a good idea, it is almost axiomatic that Zanuck Jr. would pump the brakes. On September 23, 1965, Brown cabled the elder Zanuck: “Dick is frankly not impressed by this book as film material even if it does become a big bestseller.”

Before Richard Zanuck made his final decision, though, he consulted the 20th producers who had read the novel. Although most would not touch it, David Weisbart (Goodbye Charlie) showed considerable interest. Respected and personally well regarded, the dashing fifty-one-year-old Weisbart had launched his career in the ’40s as a film editor at Warner Bros., eventually cutting such high profile pictures as Mildred Pierce and A Streetcar Named Desire. Moving into producing for Warner Bros. in 1952, Weisbart wrangled many of that studio’s starriest players for his projects, including Gary Cooper, Barbara Stanwyck, and Humphrey Bogart. Increasingly over the years he specialized in showcasing new young talent — James Dean in Rebel Without Cause, Elvis Presley in Love Me Tender, Pat Boone in April Love, and, in The Pleasure Seekers, Ann-Margret (whom he would soon champion for Valley of the Dolls). In Weisbart’s intra-studio memo to the bosses, he suggested that the book “could, with careful handling, be turned into a very good contemporary film. It is a kind of Darling with three girls instead of one … the characters are interesting and it should attract top performers.”

Zanuck Jr. remained on the fence about Valley of the Dolls, but he trusted Weisbart, who laid out compelling reasons to make the movie during a long meeting with the studio boss and David Brown. Although no one could possibly mistake Valley for great literature, it had the makings of a highly entertaining movie — even one that spoke some home truths as it conjured a world of vivid characters and spun a grabby plot. “So,” Weisbart concluded, “I think the result can justify the plunge.” Later, Weisbart explained to a Hollywood columnist, “I’m not exactly a crusader, but when an opportunity comes along to say something significant in motion pictures, I like to take it.” He went on to say that he considered Susann’s book “a very moral story. There is a great deal to be learned from it … about the corruption of people under pressure … Some are geared for success; others tumble into it and can’t cope with it. These are the tragedies. It’s a story that has a lot to say about our sense of values.”

Decades later Robert Evans commented on losing Valley of the Dolls to Weisbart and Brown: “For five Gs, I could have had an option on the film rights to what was to become not only a bestselling novel, but a smash film to boot. Once, a mistake. Twice, a failure. It never happened again.” But as many good Hollywood stories as there are, there are just as many different versions to every one of them, including the one about how Valley of the Dolls got sold to the movies. Jacqueline Susann’s literary agent Laurie Williams had previously sold film rights to Margaret Mitchell’s Gone with the Wind, Lloyd C. Douglas’s Magnificent Obsession and The Robe, John Steinbeck’s The Grapes of Wrath and Of Mice and Men, and Harper Lee’s To Kill a Mockingbird. Having cultivated a close working relationship with 20th Century Fox since 1955, Williams claimed that it was she who sent the Valley manuscript directly to David Weisbart, who read overnight and the next morning brought it to the attention of Richard D. Zanuck.

In any case, Richard Zanuck continued to drag his feet during the negotiations, but Zanuck Sr. and Brown pushed him to finalize a deal — so long as he did it at the right price. David Brown recalled in his memoirs the most common cause for hesitation: “We said, ‘But the author has done only one book before — a nonfiction book. How do we know anything will happen to this book?’ We didn’t. We just had an instinct.” Armed with that instinct, and money to back it, Fox began negotiations for the film rights in the first week of July 1966. In grand old Hollywood cutthroat tradition, Evans got kicked to the curb. 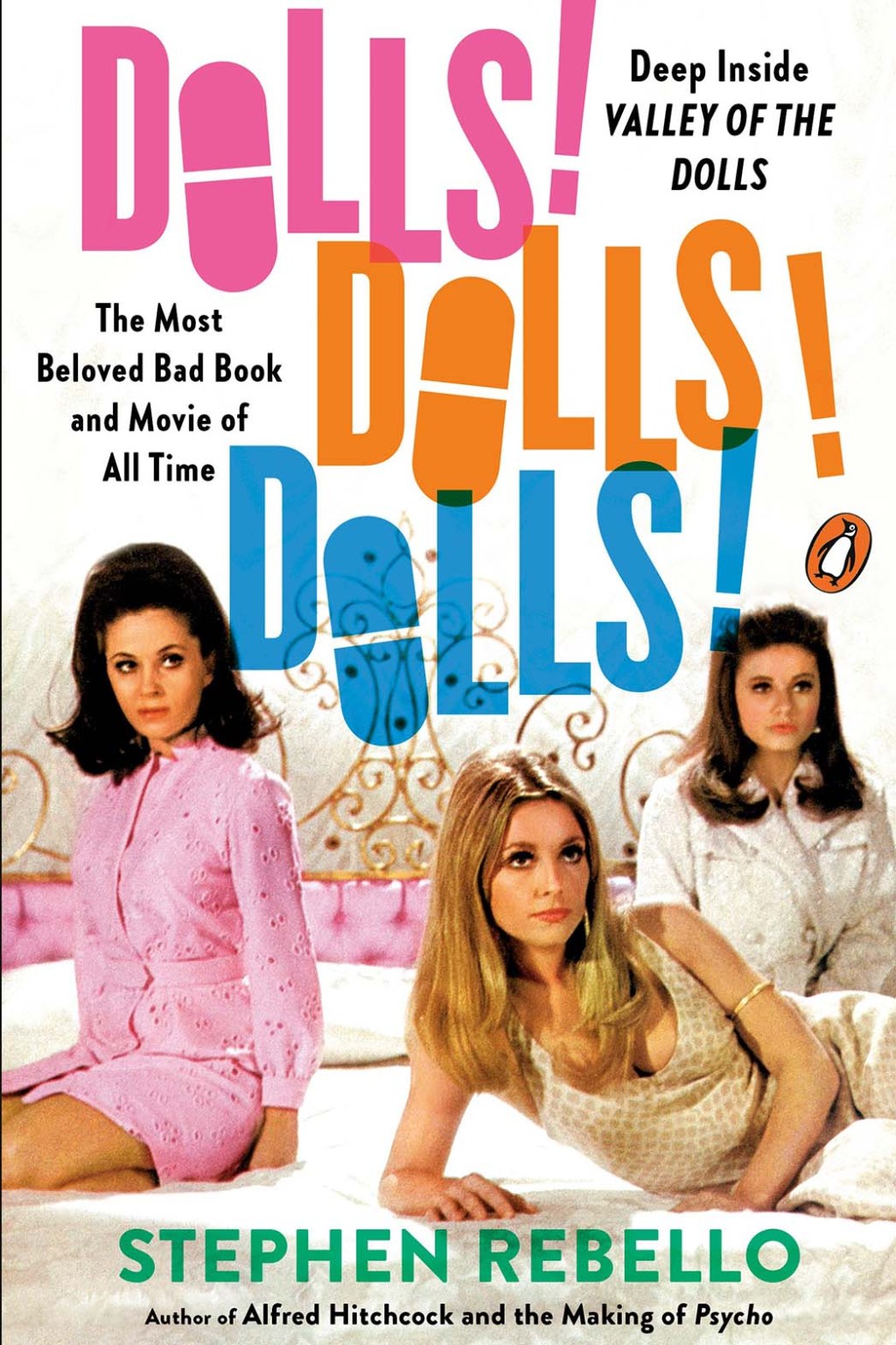