This fall was rife with charitable efforts to aid those people and areas impacted by Hurricanes Harvey, Irma and Maria. In September, more than $44 million was raised by the Hand in Hand benefit for victims, with support from Stephen Colbert, Leonardo DiCaprio and Oprah Winfrey. Jennifer Lopez helped Puerto Rico by donating $1 million, and hosting a charity concert in October, while such stars as Kevin Hart and Beyonce tweeted about donating thousands of dollars to Red Cross and encouraging other celebrity followers to do the same in the weeks following the storms. “Ninety percent of the money that’s raised for natural disaster work is raised in the first thirty days,” says All Hands and Hearts CEO Erik Dyson. So now that the initial wave of aid has receded, nonprofits and foundations are working to fill in the gaps between Hollywood help and what federal funding can’t cover when it comes to disaster recovery needs. Here’s how you can give support beyond texting a donation amount this holiday season.

Don’t go in person Unless you reside or have a vacation house in the affected areas, “we don’t advise people to just show up, because that can actually be a strain on the community,” says Dyson, adding that those with places to stay in Puerto Rico or the Virgin Islands would make for ideal volunteers over the holidays, as lack of housing limits the number of on-site volunteers. All Hands & Hearts (which recently merged with supermodel Petra Nemcova’s charity Happy Heart Funds) has roughly 60 volunteers living on its base plus an additional 30-40 day volunteers from AmeriCorps NCCC and support from Conversation Corps in St. Thomas. Visit its website to learn more. 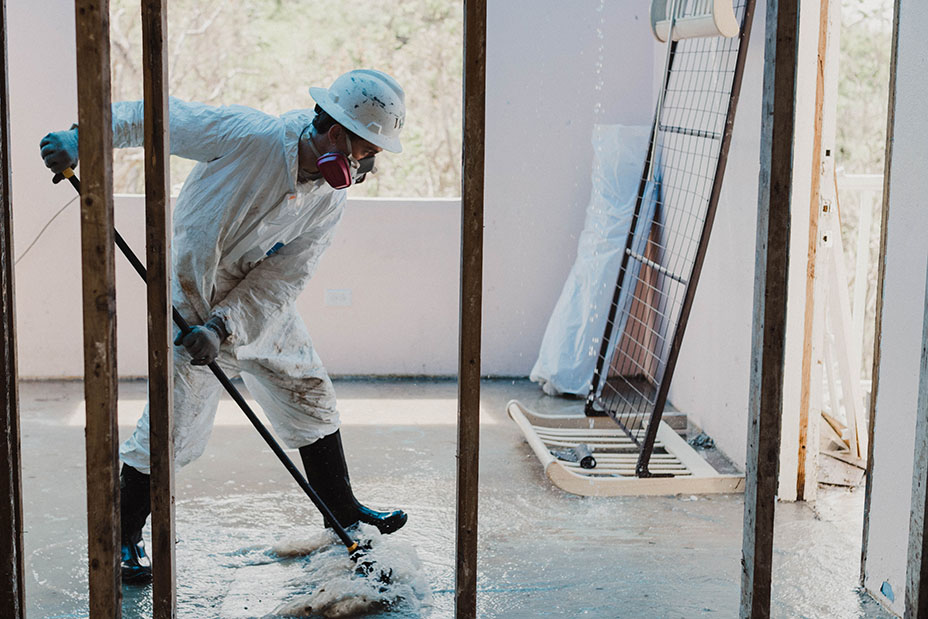 If you do go, be prepared to sweat The majority of projects in the hurricane affected areas are in the “muck and gut” phase, which includes tasks like clearing homes of debris, clearing trees off of homes, removing damaged roofs and critical mold sanitation. “It’s physical hard labor right now and then in the spring or summer is when we’ll start the rebuilding of homes and schools,” says Dyson. Apply to volunteer with “muck and gut” in the Virgin Islands here.

The American Red Cross has been actively responding in Puerto Rico since Hurricane Irma made landfall in early September, and the workers on the ground continue to distribute relief items, such as water filter bags. Those who will be on the island during the holidays can sign up to volunteer to assist in this effort. To get involved, contact the local Red Cross chapter in Puerto Rico by calling 787-403-9503 or visiting their website.

On Dec. 5, Sea Shepherd Conservation Society announced a partnership with Hollywood-based NPO Taino Warriors and actress Michelle Rodriguez, on a campaign to help Puerto Rico. The Fast and the Furious star spent parts of her childhood on the island with her father, who is Puerto Rican. The initiative, dubbed Operation Taino Spirit Promise, will deliver supplies to local Puerto Rican NGOs. Areas of focus include the environment, eco-agriculture and children’s mental health and education. The vessel will also retrieve plastics and raw materials, getting them off the island to ease the burden on maxed-out landfills. The campaign launches later this month, continuing through 2018. For more information about how to volunteer with or donate to SSCS, click here.

The Estates at Acqualina, a brand new luxury residential development in Miami’s Sunny Isle Beach, is moving on to the next phase with the removal and disposal of furniture and other household items from existing buildings prior to their demolition. These items will be donated to Laura and Jorge Posada’s Foundation for Puerto Rico to assist island residents affected by Hurricane Maria, and to Derek Jeter’s Turn 2 Foundation to assist families who have relocated to Miami from Puerto Rico, and to residents of the Florida Keys affected by Hurricane Irma. The group’s goal is getting the furniture to families for the New Year.

Foster a pet NPOs like The Humane Society of the United States, the ASPCA, Petco Foundation, RedRover and Best Friends Animal Society are working to care for displaced animals at emergency shelters all over the globe, and to relocate homeless animals to safety. The ASPCA deployed more than 300 responders this year to assist communities impacted by hurricanes and wildfires throughout the U.S. and the Virgin Islands. In the past three months, the Field Investigations and Response team responded to four major disasters — including Hurricanes Harvey, Irma and Maria and the wildfires in California — assisting more than 32,000 animals through field rescue, relocation, emergency sheltering, reunification and the distribution of critical pet supplies.

The ASPCA (Kristen Bell is a supporter of the charity) continues to provide round-the-clock care for animals displaced by Hurricane Maria in St. Croix. Since late September, more than 100 ASPCA responders have been conducting field rescues and managing the emergency shelter where more than 550 animals have been cared for to date. The organization is also relocating homeless animals to the US where they can be made available for adoption (more than 200 to date) and have assisted more than 17,000 animals on St. Croix through the distribution of critical pet supplies. ASPCA representatives recommend connecting with the local agency in your area before making a donation. The assistance and supplies needed will vary, so you’ll want to make sure you’re donating items that will best support their relief efforts. If you live near an area impacted by any of the recent disasters, consider reaching out to local shelters, which may be collecting pet supply donations, looking for volunteers, or in need of cat and dog fosters to care for displaced animals to make room for the influx of lost pets entering shelters. The ASPCA Field Investigation and Response team relies on its network of volunteer responders across the country to deploy during natural and man-made disasters. If you are interested in volunteering as a first responder for the ASPCA Field Investigation and Response team, click here. 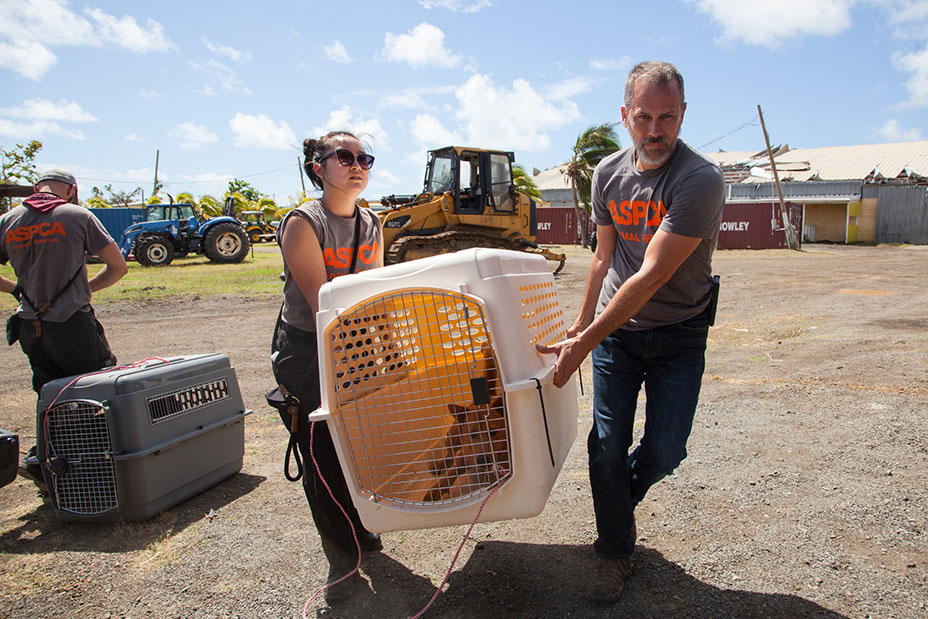 Reschedule your vacation for 2018 Another way people can bolster the economies of affected regions is to rebook canceled trips or make plans to visit in the new year. Says Dyson: “Not only have people lost their physical possessions, but also their livelihood — many have lost their jobs because hotels are closed. Of course, you don’t want to go Week One after a disaster, but hotels are working overtime to get back open.” Spring break is just around the corner.