From almost throwing up onstage to falling asleep before an entrance to risking death from a set piece, the original stars of Disney’s Broadway musicals have been through it all, and on Friday night, six of those actors gathered at BroadwayCon in New York to reflect on the studio’s 25 years on Broadway.

“I was about four months into the Broadway run [of Beauty and the Beast] when they were auditioning for [Hercules], and they wouldn’t let me,” she recalled. “I think they thought that I was Belle, that kind-hearted girl, but Meg was written to be Barbara Stanwyck from The Lady Eve. Finally, to shut me up, they let me audition, and I ended up getting the role a year later.”

“We begged her in my version!” Schumacher said. 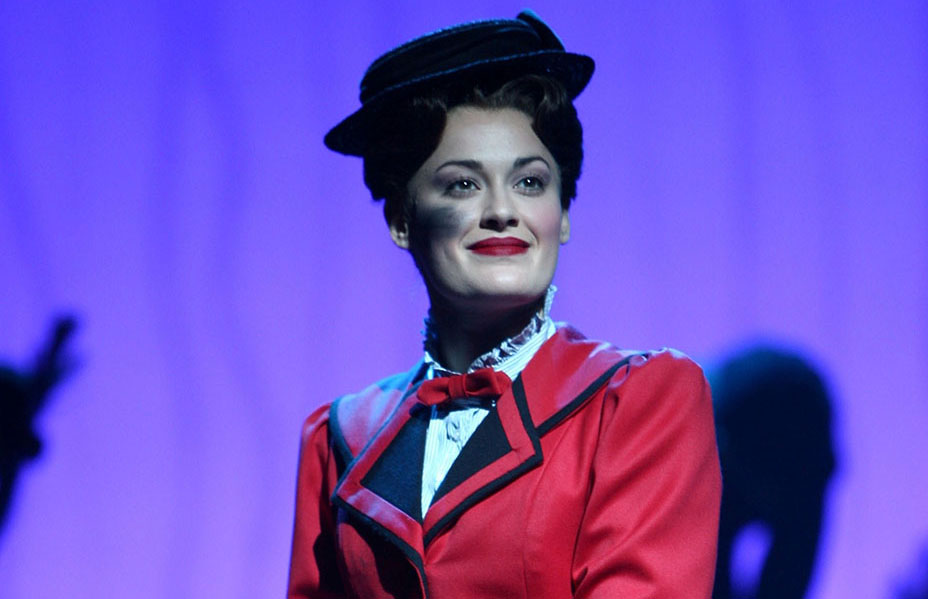 Brown also played Belle during the Broadway run, but her big break came when she originated the title role of Mary Poppins on Broadway in 2006. She still remembers Schumacher coming backstage at Beauty and the Beast to tell her she’d landed the Mary Poppins lead, but she also has a certain performance in her memory. Early in previews, Brown was sick and her understudy didn’t even have costumes yet, so she went on anyway.

“During ‘Practically Perfect,’ I remember taking it one word at a time and being like, ‘This isn’t going to end well.’ Mary Poppins was breaking down. My wig was wet. I think I made one of the Michael and Janes cry,” Brown said, adding that when she flew away at the end of Act 1, she had the feeling something was going to come up. “I remember looking down and being like, ‘Where am I going to do this? Where is this going to go?’ All I kept picturing was Tom’s face: ‘I’m going to kill you if you throw up on the kids or the set.'”

Borle also took a turn as “the worst tap-dancing Bert in Mary Poppins” (during his big number, the microphones were on someone else’s tap shoes) before later earning his first Tony Award for playing Black Stache, the Captain Hook figure in the Peter Pan prequel, Peter and the Starcatcher.

“We didn’t put our name on it, so [New York Times co-chief theater critic] Ben Brantley thought someone else produced it,” Schumacher joked. 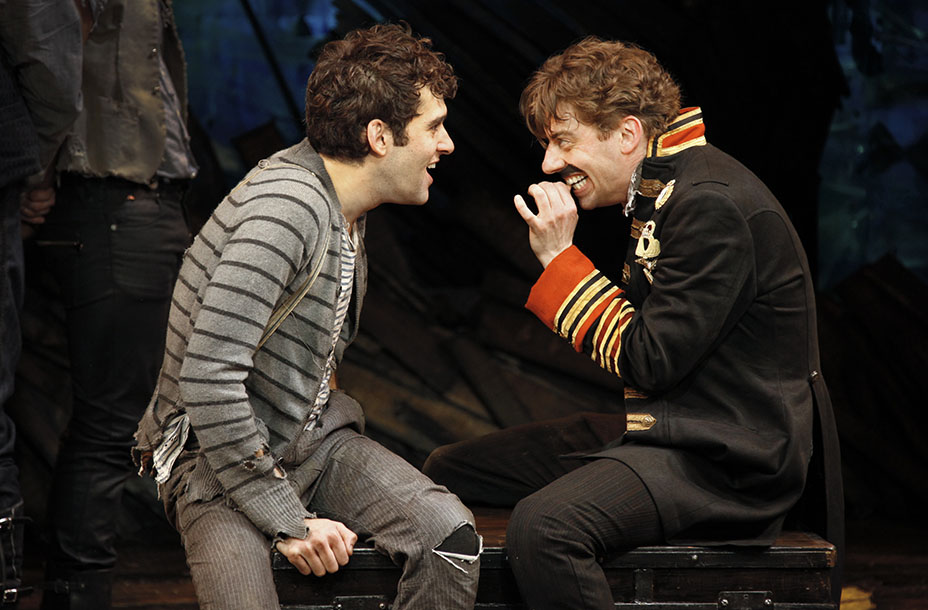 Borle was cast on NBC’s Smash two days into the off-Broadway run of Peter and the Starcatcher but was able to come back to it when the production moved to Broadway.

Both Murin and Iglehart began with Frozen and Aladdin, respectively, from the very beginning. Iglehart refers to early productions as “mattress-on-a-stick Aladdin,” when the magic carpet kinks were still being worked out. He also experienced an immense amount of pressure creating the iconic Genie for the stage.

“Robin Williams is the Genie, period,” Iglehart said. “All I kept thinking was, ‘Oh my gosh, I hope they don’t hate me.’ He’s one of my idols as far as comedy is concerned, but you and [director] Casey [Nicholaw] allowed me to create the Genie in my own way, and I was really hoping that the audience would embrace what I did.”

But even with the pressure, sometimes Iglehart would fall asleep offstage. Before the Genie makes his entrance for “Friend Like Me,” the actor would sit down in a chair and start going over his lines in his head, and once, or maybe twice, he dozed off. Luckily, the Genie’s entrance is accompanied by fireworks, which woke him up every time. His performance won him a Tony in 2014. 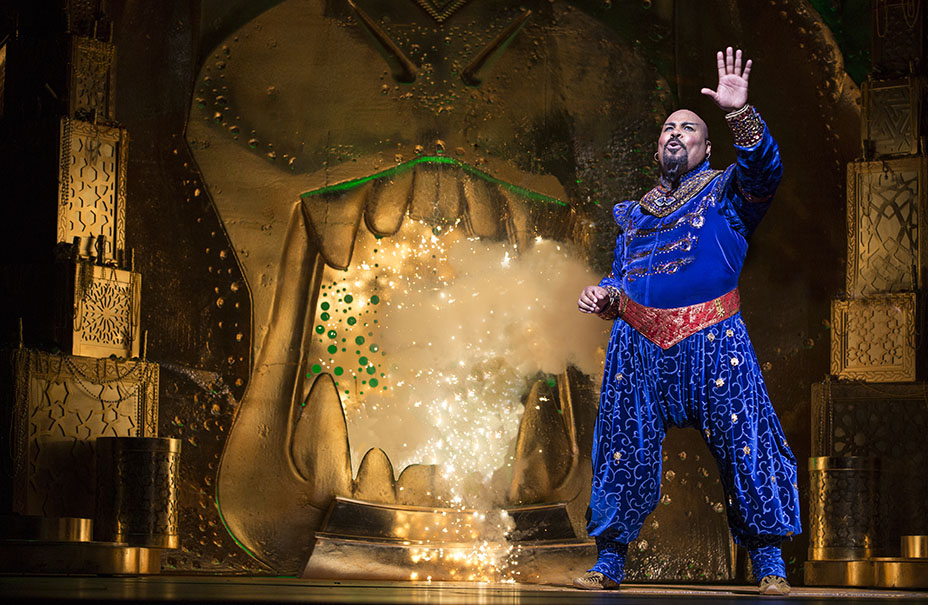 None of the other panelists admitted to falling asleep onstage, though Murin has the opportunity as Anna in Frozen, when the princess is slowly freezing. She says her entrance makes her look “like a high school linebacker dressed up as Anna,” as she’s wearing three costumes and two wigs. (She has eight wigs and two hair pieces total in the show.)

No one’s debut was more nerve-racking than Dandridge’s first Broadway bow in Aida. She was performing the title role in the show’s first national tour and had to fly to New York one morning to go on in the Broadway production that night. The only thing she rehearsed before starting the show was her kissing scene with Adam Pascal.

“All of a sudden, I’m on the Palace stage, and the sets are completely different, and I was like, ‘Oh my gosh, look at me. I’m standing opposite Adam Pascal,'” recalled Dandridge, who also originated the role of Kala in Disney’s Tarzan on Broadway. “I turn around and a crew member snatches me because the panels move and they lock you out, and I was standing right in the way of one.”

Schumacher closed the conversation by asking each panelist which song from their show they would like to have sung but didn’t get to, and both Borle and Iglehart showed their Beauty and the Beast fandom. Iglehart said Gaston’s song “Me” is one of his go-tos, while Borle admitted to skipping class in college to watch Beauty and the Beast on VHS, saying “If I Can Love Her” is his favorite.

“I still want to be the Beast,” Borle said. Maybe after 25 years, it’s time to revive the show and grant his wish. 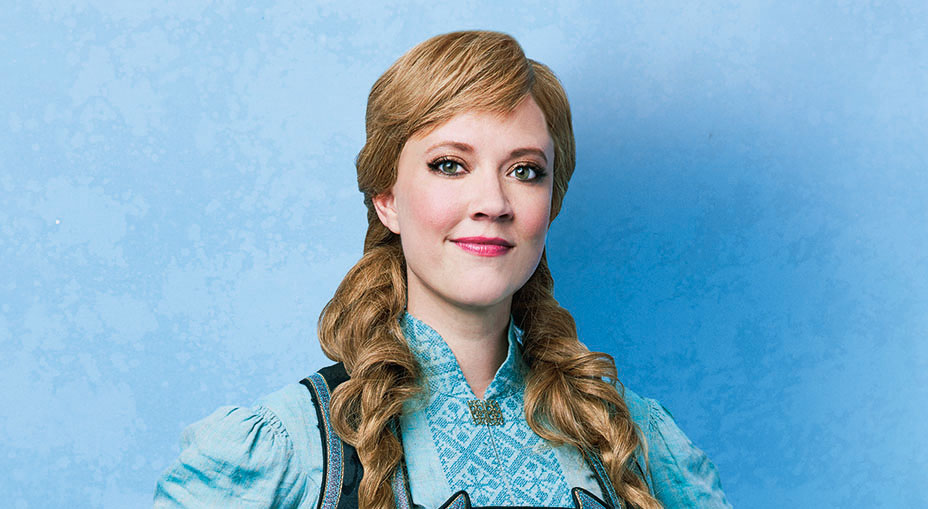