After years of civic leaders heralding the transformation of downtown Los Angeles, a moment of truth has arrived. The Onni Group recently unveiled the penthouse at its 33-story LEVEL Tower on South Olive Street. With a monthly rental price tag of $100,000, the two-story, 18,000-square-foot condo — complete with a private screening room, oak flooring and a floating staircase — is the most expensive in the city. A few blocks away, sales are underway for the second tower of the $1 billion Metropolis, and eight penthouses soon will hit the market for as much as $7 million (a total of three towers will rise there), with access to an elevated park and Olympic-sized pool. For those seeking amenity-rich luxury living, downtown is on the menu.

Now comes the hard part. In about five years, when all current and proposed development projects are complete, 30,000 condo and apartment units will be added to the market — the vast majority categorized as luxury — according to a recent report by Downtown Center Business Improvement District. At the Urban Land Institute summit, concern over an impending supply glut was topic A. “L.A. is still very much a single-family community, so we have to tell two stories,” says the Agency’s Michael Leipart, who is heading sales for Metropolis. With rival offerings at places like the Ten Thousand tower in Century City and CIM Group’s 8500 Sunset development near completion on the Sunset Strip, Leipart says selling people on the condo lifestyle isn’t enough; you have to convince buyers that DTLA has shed some of its famed grittiness. 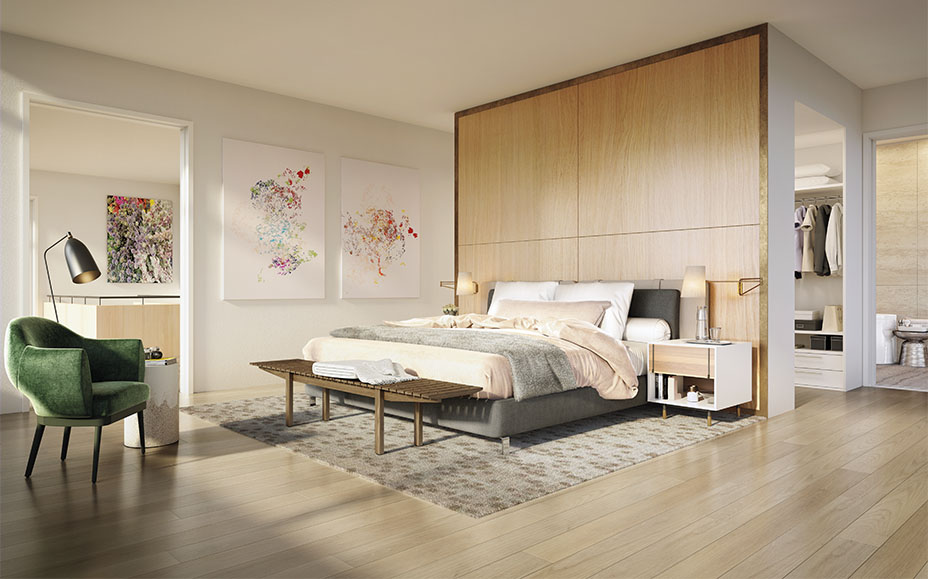 Currently, the market is solid, with the average price per square foot for a downtown condo at $754 and the median sales price at $840,000 — a year-over-year increase of 11 percent and 10 percent, respectively, according to Douglas Elliman. But so far, entertainment industry executives don’t appear ready to abandon their Brentwood chateaus to make the leap downtown.

Jason Blum and producer Daniel Bobker live in the area bounded by the 110, 101 and 10 freeways, but they remain outliers. The area’s most famous resident, Johnny Depp, just sold the last of the five units he owned in the art deco Eastern Columbia Building. His agent, Kevin Dees, says that demand for lofts in historic buildings like the Biscuit Company and Toy Factory is high among creative professionals; as more entertainment industry offices open downtown, he predicts residents will follow. Justin Lin’s Perfect Storm Entertainment and the Russo brothers have offices in the area. When Warner Music Group signed its 13-year, 257,000-square-foot lease at the Ford Factory building, many in the real estate community expected more entertainment companies to follow. So far, that wave hasn’t happened.

Why Silicon Beach Bros Are Buying in Brentwood

But don’t tell that to the downtown evangelists. “The Warner Music lease was just the beginning,” says Dees. “There is no denying that many people find the grittiness cool, in the same way that Venice became cool.” 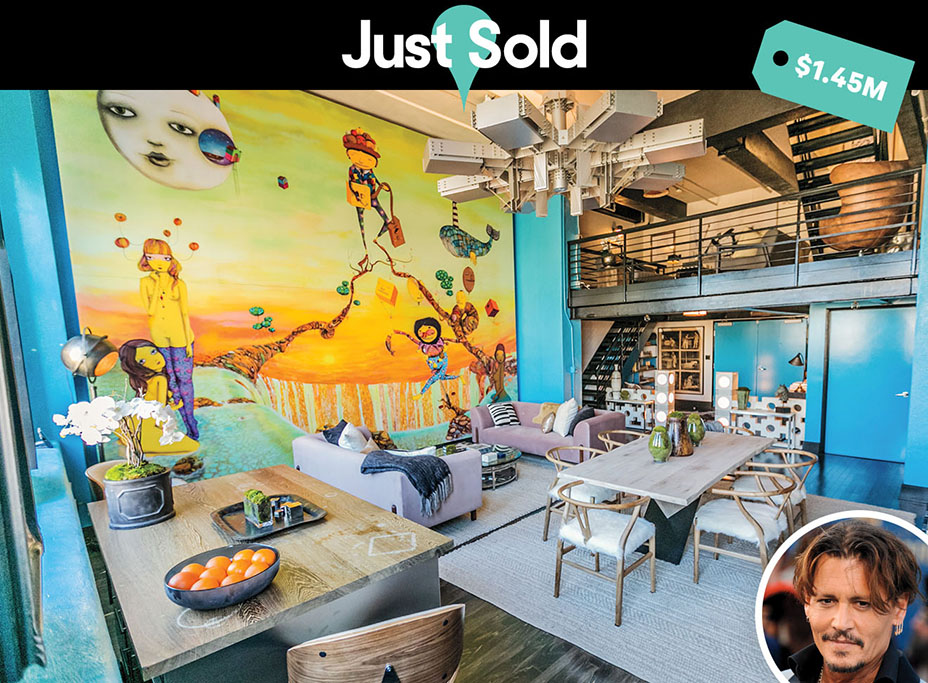 900 W. OLYMPIC BLVD., UNIT 27G A 1,700-square-foot three-bedroom in the Ritz-Carlton comes with access to the hotel’s concierge services and screening and conference rooms — and even free daily breakfast. The Property Lab’s Yvonne Aria has the $1.85 million listing. 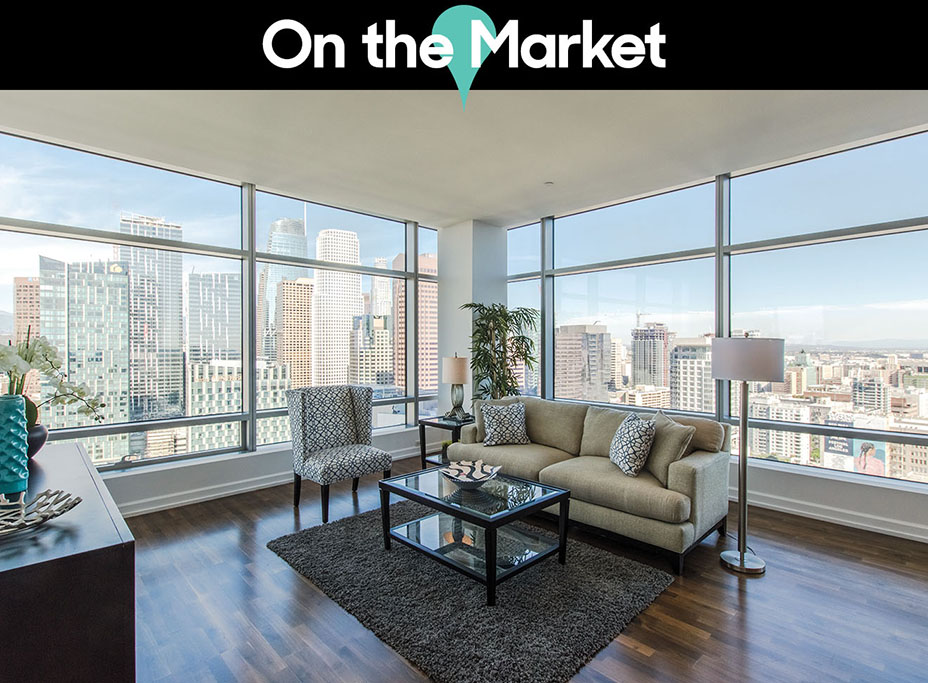 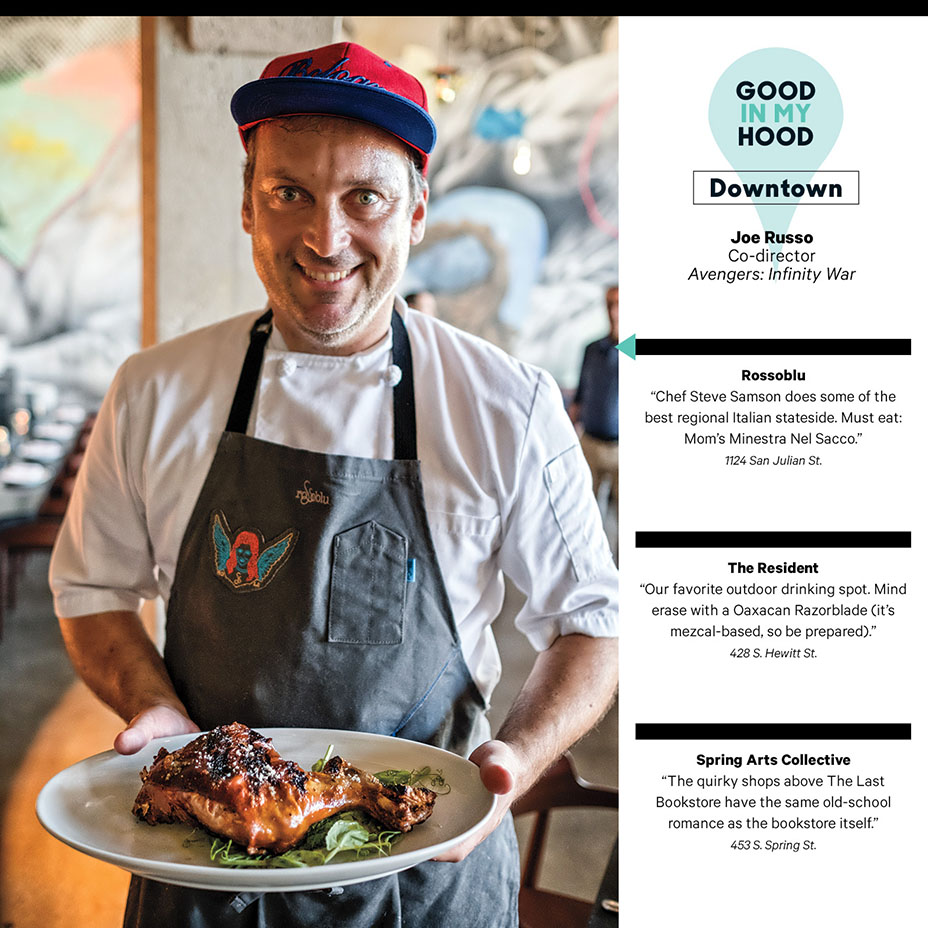